Whether it’s your first time hitting up Broadway, or your 70th, making the most of a theatre experience never gets old. From deciding what show to see and picking out an outfit to wear, to figuring out where to grab a pre-show meal and which spot to hit up for a post-show cocktail, the possibilities can be overwhelming.

Each year, over 12 million people see a show on Broadway, fueling the industry with over a billion dollars in ticket sales annually. To say that a theatre experience is a popular activity is quite an understatement. It’s a New York City must-do! And we won't let you miss a single thing.

If you're thinking, What is Broadway?, well, we've got you. Broadway Theatre (more popularly known as Broadway) refers to shows put up in theatres with 500+ seats. There are currently over 40 theatres in Broadway New York. The New York Theatre District is one of the most popular tourist destinations in the city. Broadway street is a 13-mile long street that runs from Manhattan to Westchester County, and encompasses the famous Theatre District NYC.

Use this New York theatre guide to make sure you get the absolute most out of your Broadway adventure!

If you're thinking, What is Broadway?, well, we've got you. Broadway Theatre (more popularly known as Broadway) refers to shows put up in theatres with 500+ seats. There are currently over 40 theatres in Broadway New York. The New York Theatre District is one of the most popular tourist destinations in the city. Broadway street is a 13-mile long street that runs from Manhattan to Westchester County, and encompasses the famous Theatre District NYC.

Use this New York theatre guide to make sure you get the absolute most out of your Broadway adventure!

Selecting Which Broadway Show to Watch

There are dozens of Broadway and Off Broadway shows to choose from at any point in time. So what do you watch? 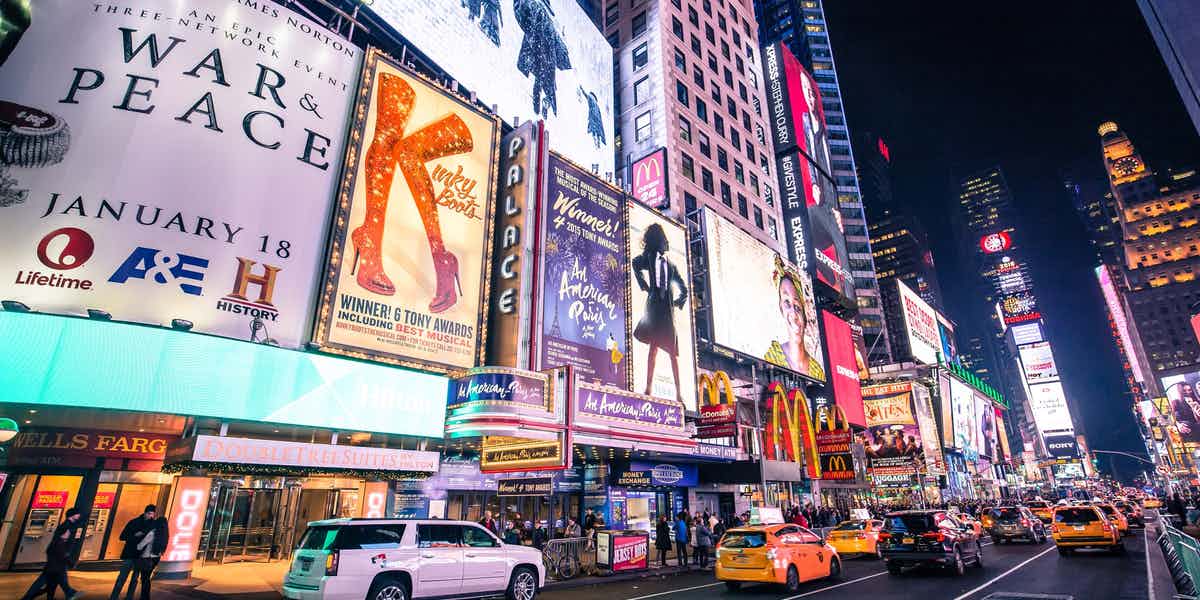 There are many different types of Broadway shows you can catch. Be it plays, musicals, kid-friendly shows, date night shows, or even Off-Broadway shows, there's something for everyone.

Here are some of our top picks:

Now that you’ve decided what show you’d like to see, it’s time to buy your tickets. But with such high demand, you can end up paying a pretty penny. Especially tourists, who often aren’t aware of the best places to snag deals and discounts. 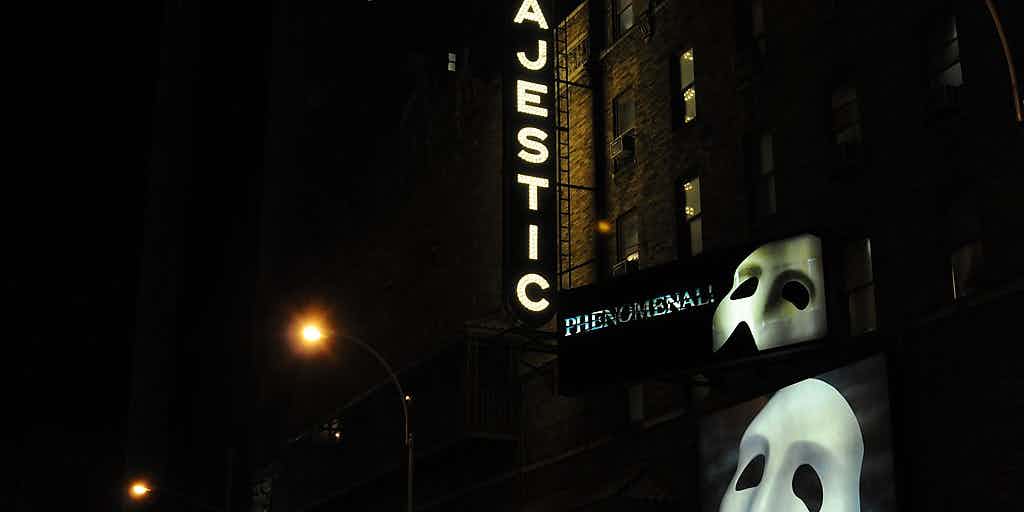 So how do you get around paying full price? You can book discounted Broadway and Off-Broadway tickets from Headout, right up to the last minute. With a Best Price Guarantee policy, you can assure this is your best bet for scoring cheap seats! There are also amazing cash-back opportunities, and even weekly lotteries, where you have a chance to win free tickets to the season’s hottest shows. You can even snag tickets on the day of the Broadway show through at any one of the four Theatre Development Fund TKTS booths in NYC.

Read More: A complete guide on how to buy Discounted Broadway tickets.

Finding the Best Seats in the Theatre 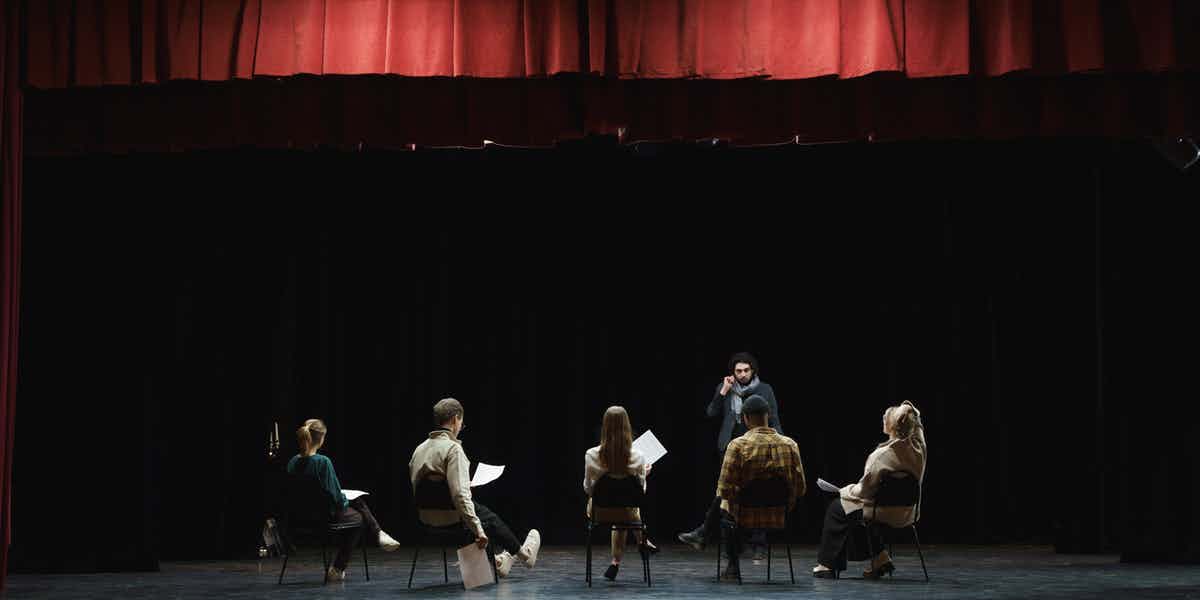 The orchestra section offers some excellent views. If you prefer to be closer to the action, sit at least eight rows from the stage to avoid a neck ache. Most theatres offer booster seats; don’t be afraid to ask for one. And if you’re taller than average, snagging an aisle seat is a wise choice.

The front mezzanine is actually a theatre’s sweet spot; especially the front row. You’ll have an incredible view of the stage, sometimes even better than the orchestra.

The rear mezzanine is at the end of the theatre. It is best to avoid the far sides and the very back of theatre - both areas tend to present an obstructed view.

What to Wear to a Broadway Show 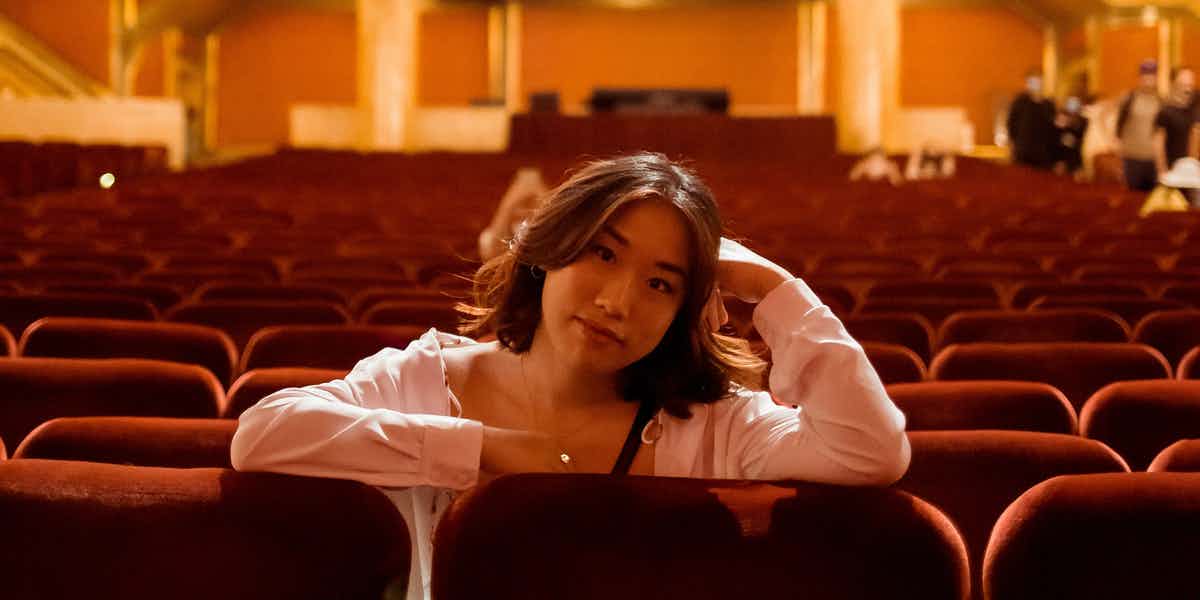 There is no specific Broadway dress code, but going to a Broadway show is an opportunity to get dolled up (or suited up) if you wish to. If you find yourself wondering about what to wear to the theatre, try and stick to semi-casual or semi-formal. Jeans are fine, but do avoid clothing that borders on sportswear.

The theatres are air conditioned year round. While this might be a pleasant relief from the summer heat, it can get a little chilly in the cooler months. Bring a light sweater or jacket to be on the safe side, especially if you tend to run cold.

How Long Is a Broadway Show 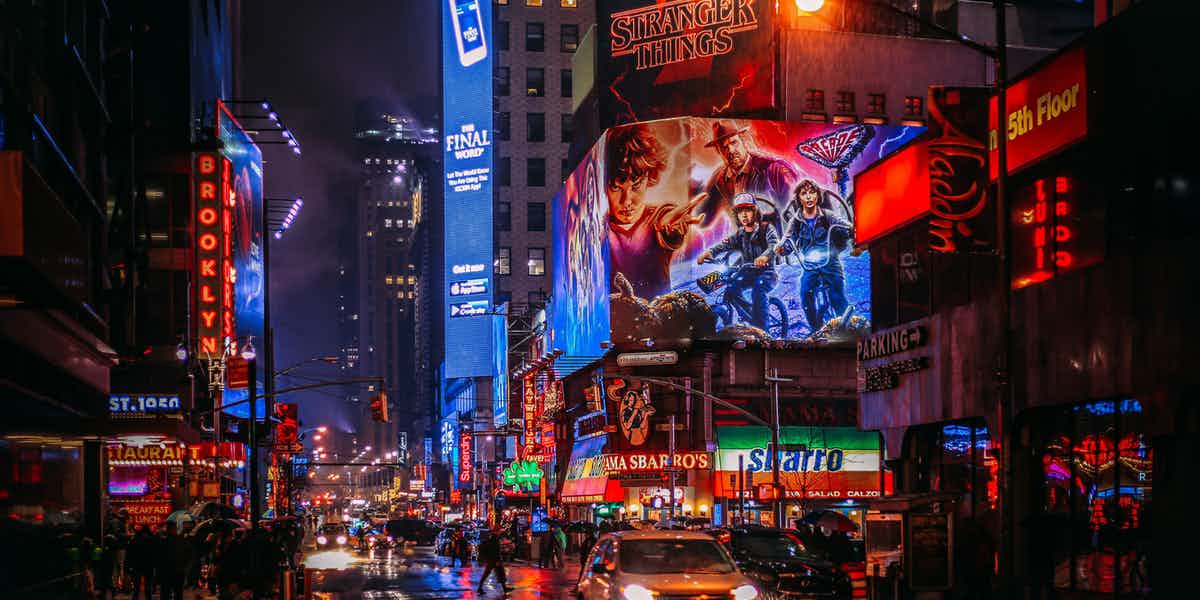 Well, the duration of Broadway shows vary from one to another. Some shows like Angels in America have two parts, where one part is 3 hours long and the second part is 4 hours long. Wicked runs for 2 hours and 45 minutes, with an interval in between, while Drunk Shakespeare runs for an hour and a half.

However, most Broadway shows aren’t this long. On an average, Broadway shows range between the 90-minute to 2 hour mark, making it perfect for an evening out.

Given that most Broadway shows begin by 7-8 PM, you can either have dinner before the show, or once the show finishes by 9-10 PM, you can go out for some post-show dinner and drinks.

Where to Eat Before or After a Broadway Show

In New York City, there is absolutely no shortage of good food. From Italian to French, South African to Indian, Japanese to Middle Eastern, you can find it all within a short distance of any Broadway theatre. So where should you eat before or after your Broadway show? 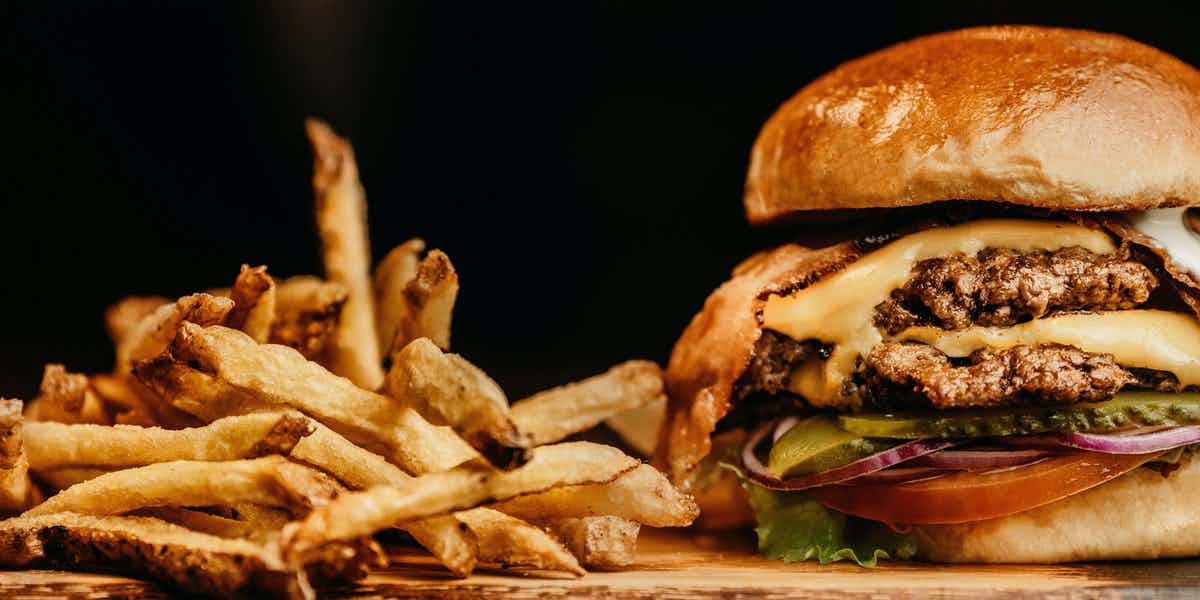 This guide to the best theatre district restaurants will help you discover the perfect place for a pre-show dinner or snack. Fine dining, casual eateries, or in between - take your pick.

Restaurants in the theatre district are quite used to seating and serving theatre goers, but it doesn’t hurt to mention you have a curtain to make. On that same note, it’s also your responsibility to allow for enough time. If your play begins at 8pm, make the reservation for 6 pm at the latest, just to be safe.

You’ve done it! You experienced the Great White Way. Your first time, your 20th - doesn’t matter. Each time is amazing, which is why you should share it with the digital world!

Check into the theatre with Facebook, tweet your expert post-show thoughts, and Instagram a selfie capturing the table of celeb cast members in the background as you sip on a post-show cocktail at Bar Centrale. (P.S. If you scored your tickets from Headout, don’t forget to tag us using #headout! We’d love to see how your experience went!)

Snap away as much as you’d like; however, please remember to respect theatre rules that kindly request you to not take photos while the show is running. It can be a huge distraction for other viewers, as well as the performers.

Last but not least, now’s your chance to give back to all those clueless theatre goers out there, prepping for their first Broadway adventure. Write a review about the show, where you got your tickets, or what you thought about your overall experience. They’ll appreciate and you’ll have contributed to the fascinating world of theatre.