Get Discounts On The Wolf Of Wall Street London Tickets!

After a successful run on the big screen in 2013, the Wolf of Wall Street makes its way to London for a spectacular debut that promises viewers an immersive experience. Previously starring Leonardo DiCaprio (as Belfort in the film) and Margot Robbie, the stage production will feature Ollie Tilney as Jordan Belfort, Rhiannon Harper-Rafferty as Nadine Belfort, Charlotte Brown as Janet and several other new faces for its debut run. The Wolf of Wall Street that went on to become a critically acclaimed movie nominated for five Academy Awards, will see a spectacular immersive performance produced by Alexander Wright until the end of January 2020.

With a dynamic cast of sixteen talented actors and an elaborate stage as well as a creative team, the Wolf of Wall Street makes sure that you experience West End theatre like never before. Beginning from following Jordan Belfort into the theatre, the unique storyline promises to take you through their daily trade on a first-hand basis. The audience can join Belfort in dining at the restaurant, drinking at the bars and also working for the FBI! Watch the 2007 memoir come to life with a larger-than-life production that is designed to truly have you immersed in the storyline before you head back home.

After procuring an entry-level job at a Wall Street brokerage firm in 1987, Jordan Belfort finds his own firm Stratton Oakmont. Along with his band of trusted brokers and trusted lieutenant, Belfort goes on to make a huge profit by defrauding wealthy investors for millions. Things begin to look up, and Belfort and his crew can be seen partaking in a hedonistic brew of sex, drugs, and thrills. However, as the SEC and FBI come close to his empire of excess, how will Belfort manage to keep his firm intact? 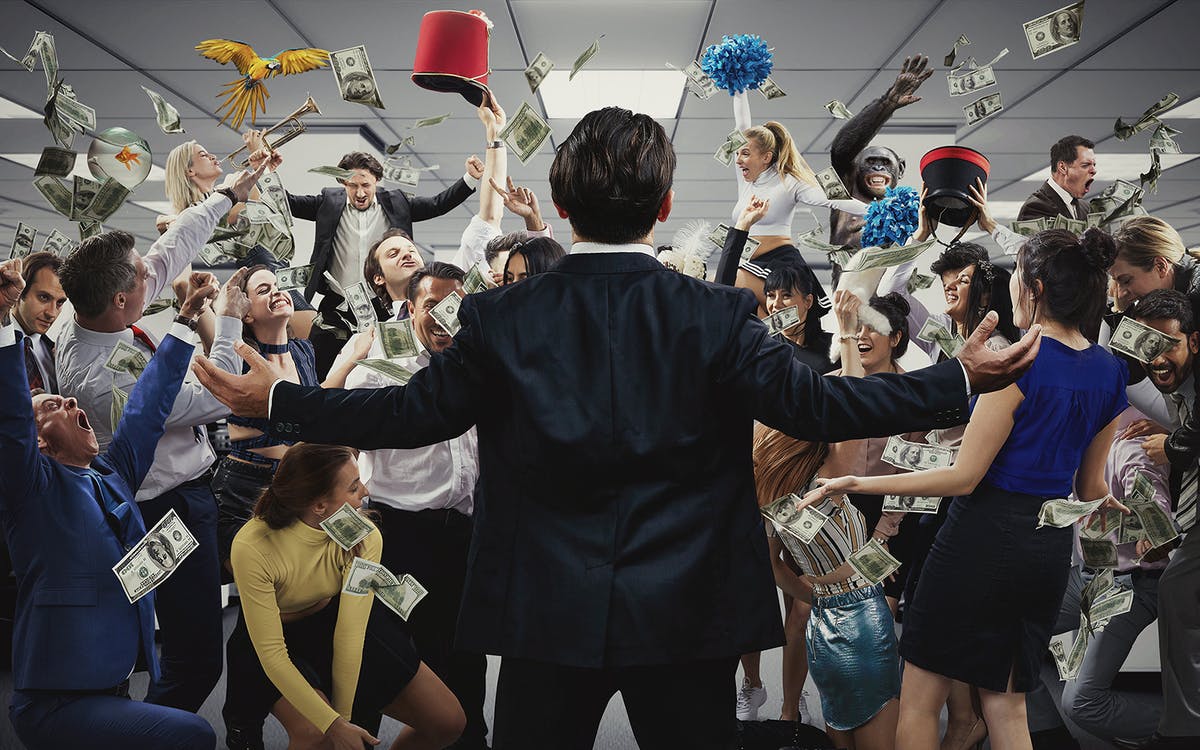 Use promo code WE10 and get a discount on The Wolf of Wall Street London tickets.

Audience
Due to a significant amount of drug use, sexual and family violence present in the production, The Wolf of Wall Street is strictly for ages 18 and above.

Disclaimer
Flashing lights, loud music, and strobes will be used in the production.

Looking for discounts on The Wolf of Wall Street London tickets?

Have a look at the real-time seat availability and prices of different sections for The Wolf of Wall Street. In the interactive seat-map, select the date that you would like to watch the show and check out the seats available for that day. You can filter the seats as per your desired price range and purchase tickets directly.

Use promo code WE10 and get a discount on The Wolf of Wall Street London tickets.

A one of its kind, immersive production, the popular autobiography by American stockbroker Jordan Belfort makes its West End debut this fall. Earlier adapted for the screen in 2013, The Wolf of Wall Street was further nominated for five Academy Awards. Promising a unique experience, the show will run at a central London location from 5th September to 19th January.

No reviews are available as yet. Check back later.

Apart from getting tickets for The Wolf of Wall Street online, there are other ways to obtain West End tickets for cheap, such as:

The Wolf of Wall Street London TKTS tickets are unavailable for purchase.

Day Seats are discounted tickets that are available for purchase, and are to be used, on the same day at the theatre. Please note that the availability of tickets is based on the discretion of the Stratton Oakmont Box Office, and may not be available for all shows.

Day Seats at Stratton Oakmont are currently unavailable for purchase.

Q: What time should I arrive at the venue?
A: Doors open 30 minutes before showtime. We recommend arriving well in advance so that the entry is smooth.

Q: Can I take photographs or videos of the show?
A: The use of cameras (still and video) and sound recorders is not allowed inside the venue. Prior permission is required in case of professional use.

Q: What do I wear to the show?
A: Dressing in smart casuals is recommended for the performance.

Q: Is it possible to cancel/amend my tickets in case I'm unable to attend the show?
A: The tickets are valid only for the show/time that you have opted for and cannot be altered/canceled.

Q: Will I require any identity proof for entry?
A: ID proof will be needed for entry, and anyone unable to provide proof of age will not be allowed entry into the venue.

The Wolf of Wall Street will be showecased at a landmark building located in the heart of the city of London near Liverpool Street Station at 5-15 Sun Street, Central London. The property stretches for 2000 sq. metres, spans four floors and consists of 25 rooms that will be designed to recreate the feel of '90s NYC and the universe of the Jordan Belfort, the infamous stockbrocker. The closest tube stations to Stratton Oakmont are Liverpool Street (7-minute walk) and Moorgate (6-minute walk).