Discover The Best Tours in London

London, the United Kingdom's capital and largest city, is an endlessly fascinating place. With beautiful buildings that tell stories of the city’s rich history, iconic landmarks, world renowned museums, galleries and plenty of Harry Potter magic, the city has something for everyone

While you will never run out of things to do, it is easy to feel overwhelmed in this diverse and eclectic city. To help you get started, we have rounded up a list of the best London tours and experiences that the city has to offer.

The Best Tours in London- Table of Contents

One of the most famous buildings in britain's history, the Tower of London is also a UNESCO World Heritage Site. Built in 1066 by William the Conqueror, the tower sits on the bank of the River Thames and is now one of the longest surviving examples of Norman architecture.

With a rich, fascinating and dark history, the Tower evolved from being a palace of royal residence to place of imprisonment involving torture and execution. It is long said to be haunted by the spirits of those executed here; including former queen Anne Boleyn who is said to walk around the White Tower with her head tucked under her arm.

Home to the famous Crown Jewels, the Tower also houses other treasures like the largest colourless cut diamond in the world.

Immerse yourself in the centre of British Monarchy as you explore this 900-year old castle and discover the tower’s history as a royal residence, a prison, and an armoury. From the White Tower to the Crown Jewels, there is much to explore in this iconic English landmark.

Skip past the long queues with VIP early access to explore the Tower of London, the many treasures it holds and witness the traditional opening ceremony carried out by the Beefeaters. Next, take a scenic river shuttle up the thames to the St James Palace and conclude your tour at the Buckingham palace.

Visit the tower of London and learn about its rich history and bloody tales. Explore the magnificent St. Paul’s Cathedral which has been standing tall for more than 300 years and enjoy a scenic cruise on the River Thames as you pass through the picturesque villages and market towns that make up London.

No other building in the history of theater is quite as significant as the famous Globe Theater in London, England.

Opened in 1599 with a production of As You Like It, the first Globe’s run was short-lived. In 1613, during a performance of Henry VIII, a theatrical canon set the globe’s thatched roof ablaze and the theatre burned to the ground. With an unusual history of eviction, a fire, and a pulling down of the theatre by puritans, Shakespere’s Globe theatre that we know today is the 4th of its kind.

Delve into the life of the The Bard of Avon as you explore the theatre that staged some of Shakespeare's most famous and celebrated plays.

Go on a journey through time as you visit one of the most famous theatres in all of the United Kingdom. Take a guided tour into a Shakespearean wonderland as you learn about the Globe Theatre’s unique history, Shakespeare’s life in London and his great literary works. Watch interactive displays, live demonstrations and learn about the costumes, props and musical instruments that were used.

Harry Potter fans, this one's for you. From watching the films on the big screen to stepping into the costumes, sets and film locations yourself, the city of London provides ample opportunity for you to realise all your Harry Potter fantasies.

Witness the Wizarding World come to life as you make your way through London, try some butterbeer, discover iconic filming locations in the city like the real Diagon Alley and get an enchanting behind the scenes glimpse into the sets and studio that produced the widely known and loved film franchise. Here are some of our top Harry Potter tour picks

Escape the muggles and go on a magical journey on this guided tour of Warner Bros, Studio. Explore the many iconic movie sets including the Great Hall, Platform 9 ¾, Hagrid’s Hut and learn about the making of this beloved film franchise.

Immerse yourself into the Harry Potter universe on this exciting tour of the Warner Bros. Studio in London. Step into iconic sets from the films like the Great Hall, the Forbidden Forest, Platform 9 and ¾ and let all your fan dreams come true.

Take an enchanting guided walk through London with an expert Potterhead as you make your way through the real Diagon Alley to standing on the bridge destroyed by the Death Eaters and the many other filming locations for the Harry Potter movies.

Home to some of the most successful English football teams, London is steeped in sporting history.

Catch a football match, cheer for your favorite teams, and go behind the scenes with a look into press rooms, dressing rooms, player tunnels and more. For football fans, a visit to London’s iconic stadiums is a must-do and unforgettable experience. Read on for our top tour picks.

Go behind the scenes of one of the greatest stadiums in the world. With an expert guide, enjoy the spectacular panoramic views of the entire stadium, learn about the stadium’s history, tour the royal box, see the actual FA cup, press rooms, players tunnel and more.

Visit the home ground of one of the most successful English football clubs in history and experience the stadium like the players do. Explore iconic spots like the press room, dressing rooms, players tunnel and end your tour with a visit to the famed Arsenal Museum.

Specially put together for chelsea fans, this tour takes you behind the scenes of Stamford bridge. With access to the players rooms, dressing rooms and more, this multimedia-audio guided tour is sure to be a dream come true for chelsea fans.

Think London, and one of the first images to be conjured up in people’s minds are the iconic red open-top busses. In a city with so much to offer, a Hop-on Hop-off bus tour is the easiest and most inexpensive way to ensure you see all of the main attractions.

Explore London with these Hop-On Hop-Off tickets that take you through 80 popular stops across 6 distinct routes.

Discover london’s main attractions on a Hop-On Hop-Off tour that takes you through over 40 stops with 4 distinct routes.

Discover london’s main attractions on a Hop-On Hop-Off tour that takes you through over 40 stops with 4 distinct routes.

For a change of pace, look outside of London’s limits.From the Neolithic era Stonehenge that has stood the test of time, the historical city of Bath that houses the famed Roman Baths, the charming university town of Oxford,to the Queen’s favorite Windsor Castle, there is much to explore. Check out our top combo picks for the best guided day trips from London!

1. Windsor Castle, Stonehenge and Bath Tour with Access to Roman Bath From London

Take a scenic day tour from London to the three most popular out of town attractions- Stonehenge, Windsor Castle and the Roman Baths.

Visit Oxford, one of the most famous university cities in the world.Take in the beauty of the Windsor Castle and marvel at the ring of standing stones at Stonehenge.

Journey into the UK’s past on this guided tour of Stonehenge, the magnificent remnants from the neolithic age and historical city of Bath. 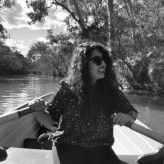 Ifrah has lived in 2 countries, travelled to 16 and filled an entire passport with stamps. She loves to travel, believes brunch is the most important meal of the day and can't get enough of cheese. Whenever she is not dreaming of her next escape, you will most likely find her snacking, binge watching TV series, or taking power naps.