‘42nd Street’ is a joyous celebration of musical theatre in all its wonderful glory. The show first opened on Broadway in 1980 and ran for a massive 3,500 performances, winning the Tony Award for Best Musical along the way. Four years after its American debut, the blockbuster musical made its way to West End at the Theatre Royal Drury Lane, winning the Olivier Award for Best Musical.

The show made its triumphant return to West End with a revival which once again opened at the Theatre Royal Drury Lane again on March 20th, 2017. ‘42nd Street’ is a truly special event, a fact attested by the actuality that HRH The Duchess of Cambridge attended the opening night in her role as Royal Patron of the East Anglia Children's Hospices.

Here's a handy link to keep yourself updated on real-time seating availability, show details, and ticket prices for 42nd Street.

The show stars Bonnie Langford as the iconic diva Dorothy Brock, Clare Halse as Peggy Sawyer, Tom Lister as Julian Marsh, and Ashley Day as Billy Lawlor. This production of ‘42nd Street’ is directed by Mark Bramble, who also directed the 2001 Tony Award-winning Broadway revival and co-authored the books for both the Broadway and West End productions. Randy Skinner takes the reigns as the choreographer with costumes by Roger Kirk and scenic design by Douglas W Schmidt.

Adapted from the 1932 novel written by Bradford Ropes, ‘42nd Street’ is the story of Julian Marsh, an acclaimed director who is knee deep in the production of his upcoming musical Pretty Lady. Elsewhere, Peggy Sawyer, straight from yet another American small town is excited to be just another face in the chorus line on a Broadway show. Little do they know but Marsh and Sawyer are destined to work together. The events of the play are set in motion when the leading lady of Pretty Lady gets seriously injured. The vacant leading lady spot presents itself as the opportunity Peggy has been looking for all her life and what happens when she steps into the spotlight forms the crux of the story.

A visual and sensory delight, ‘42nd Street’ is everything you would expect from a Broadway musical; glorious songs, intricate choreography, and impeccable set design! The musical features iconic songs, such as ‘42nd Street’, ‘Lullaby of Broadway’, ‘Shuffle of the Buffalo’, ‘We’re In The Money’, and ‘I Only Have Eyes For You’. 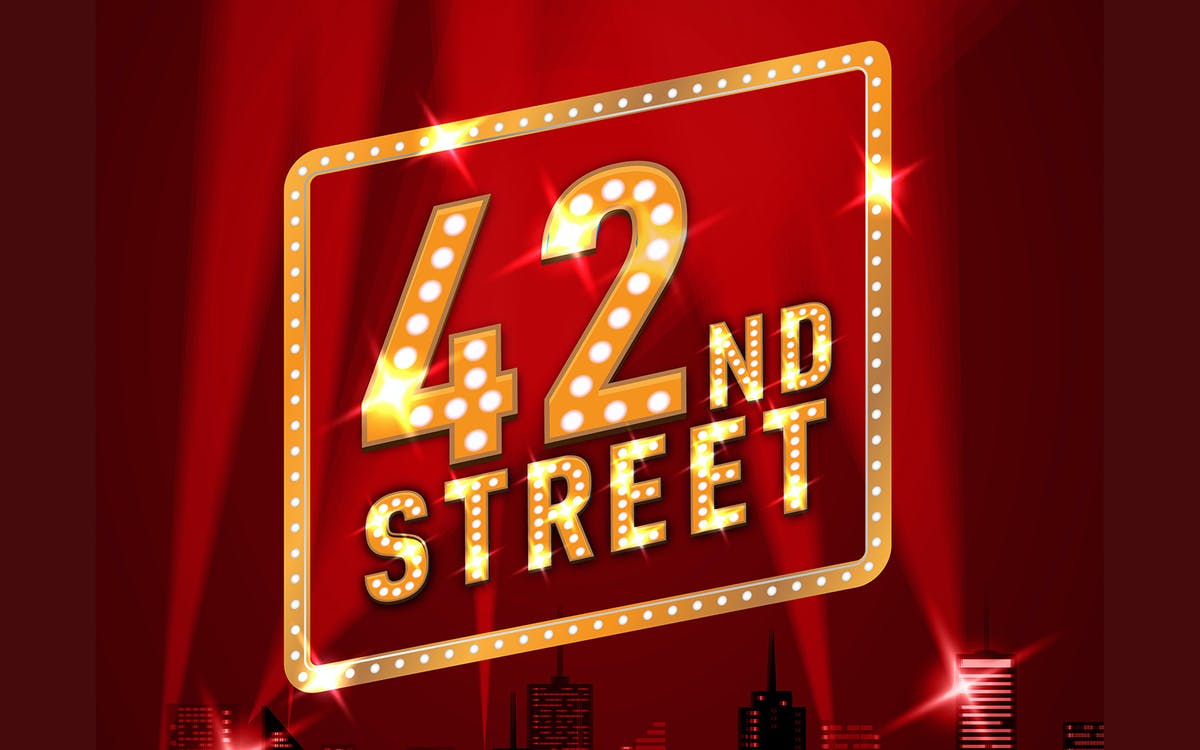 Duration
2 hours & 25 minutes, including one intermission

Audience
Suitable for ages 12 and up. Children under 5 will not be admitted.

Seating
Theatre Royal Drury Lane has a seating capacity of 2,169.

Looking out for discount on 42nd Street London tickets !

Have a look at the real-time seat availability and prices of different sections for 42nd Street London. In the interactive seat-map, select the date that you would like to watch the show and check out the seats available for that day. You can filter the seats as per your desired price range and purchase tickets directly.

“When that army of dancers gets going, when the rows of lights start twinkling and tap shoes hit the bleachers extending towards the audience from the back of the stage, it’s simply, overwhelmingly, stunning.”
– The Stage

Apart from getting tickets for Rumpelstiltskin online, there are other ways to obtain West End tickets for cheap, such as:

The website displays availability of tickets for the current day, along with the following two days. The Woman In Black TKTS tickets for the show are sometimes available.

Day Seats are discounted tickets that are available for purchase, and are to be used, on the same day at the theatre. Please note that the availability of tickets is based on the discretion of the Theatre Royal Drury Lane Box Office, and may not be available for all shows.

Day Seats at Theatre Royal, Drury Lane are currently available for purchase at 10 am on a first-come first-serve basis.

Q: What time should I arrive at Theatre Royal, Drury Lane?
A: Doors open 45 minutes before show time. We recommend arriving at least 30 minutes before curtain.

Q: Is there a possibility that I will get partial view seating if I purchase discounted 42nd Street London tickets?
A: When booking with Headout, you will get to select your specific seats, thus, ensuring you do not get stuck with partial view. However, if you opt to try and win lottery tickets, or purchase day seats, your seats will be allocated at the discretion of the Box Office, which can potentially mean partial view seating or split seats.

It has been the residency of many famous artists such as Edmund Kean, musical composer and performer Ivor Novello, and comedian Dan Leno. Post the Second World War, the theatre hosted a wide variety of musicals, such as ‘Oklahoma!’, ‘My Fair Lad’y, ‘42nd Street’ (the original 1984 production), and ‘Miss Saigon’, which happens to be the theatre's longest-running show.