Prepare To Be Blown Away By The Blue Man Group at Las Vegas!

Things to do in Las Vegas Prepare To Be Blown Away By The Blue Man Group at Las Vegas!

Started in 1991 as a simple concept - three bald, blue men mesmerising audiences with music and comedy, the Blue Man Group is now heralded as an international entertainment sensation.

The Blue Man Group has permanent theatrical productions in Orlando, Berlin, Boston, Chicago, New York City, and Las Vegas. At Las Vegas, you can watch the Blue Man Group perform at the Luxor Hotel and Casino in the Strip. Using latest technology, combined with pulsating music, and humorous antics, the Blue Man Group show appeals to people of all ages.

Las Vegas is popularly known as The Entertainment Capital of the World, as there is so much you can do - shopping, partying, gambling, and much more. However, one of the most incredible experiences that just screams “Vegas” is watching a live show at one of the many theatres lining the Strip.

Covering a wide range of categories like theatre, comedy, magic, adult shows, acrobatics, and even concerts, Vegas has a show for everyone. One such show is the Blue Man Group show - 90 minutes of wholesome, family fun, with a combination of music, dance, comedy, and theatrics. 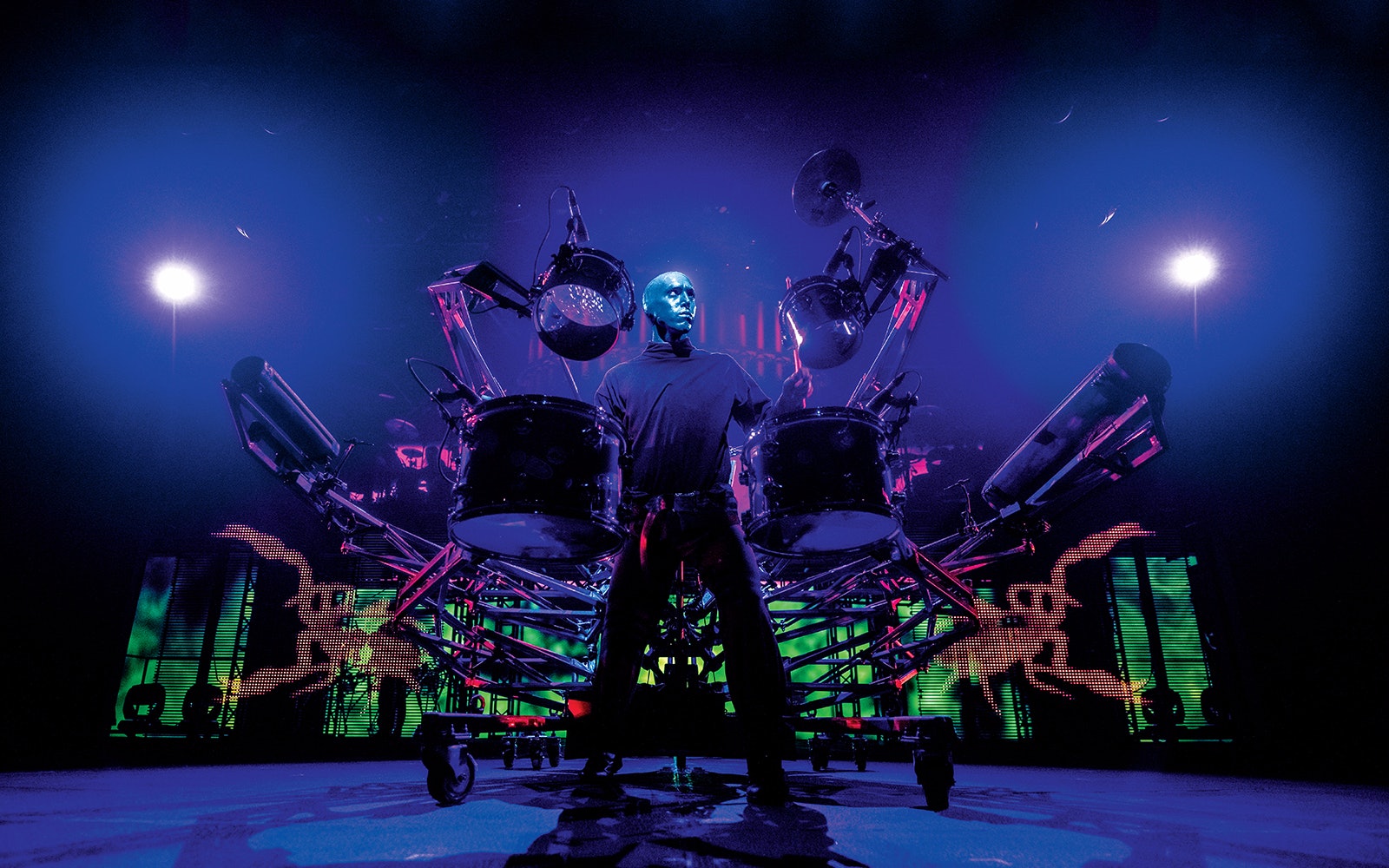 Known for their stage productions, the Blue Man Group is one of the most famous performance art groups in the world. Their creative sketches use innovative technology, with music, dance, and comedy to enthral the crowd. Audience members are encouraged to participate, creating a unique experience for those in the room. A family-oriented show, this multi-sensory experience will leave you grinning from ear to ear!

Location: The Blue Man Group show is held at the Luxor Hotel and Casino.

Age requirements: The Blue Man Group show is recommended for ages three and above.

Note: Strobe lights are used during the show. 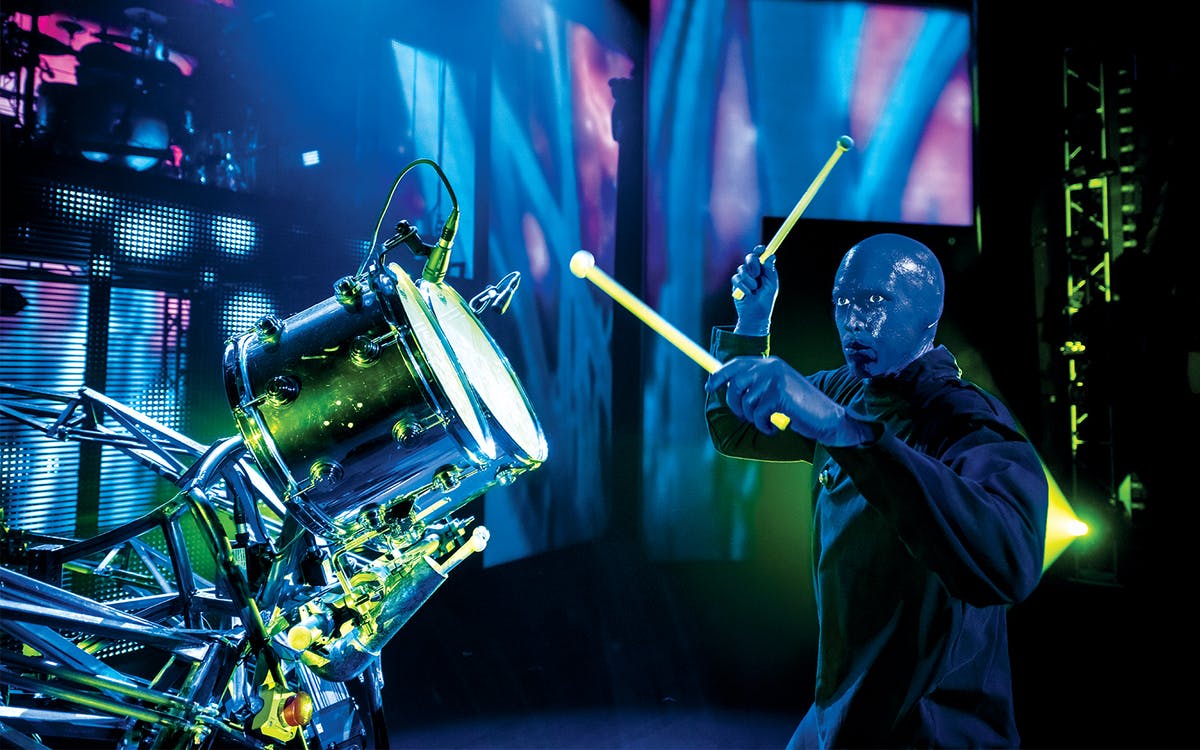 While the Blue Man Group acts keep changing to keep things fresh, their original and experimental work is one of their biggest strengths. Keeping their audience in mind, the Blue Man Group is sure to include them, even inviting a guest up on the stage to have a meal with them!

They are also well-known for their music - be it using the PVC pipes or on a big drum, or the most famous of all - their percussion tubes! Combining this with ingenious comedic sketches and a bit of added fun with dance, the Blue Man Group are here to blow you away!

“The show is updated regularly, but the strongest bits tend to be the oldest: when the Blue Men spatter canvases with bursts of pigment from their mouths; the gross-out sequence involving Twinkies and a volunteer; the use of Cap’n Crunch cereal as a percussion device. The bright sprays of paint they send into the air with each rapid beat on a drum will always be weirdly beautiful, partly thanks to the gorgeous lighting by Matthew McCarthy. And the appealing peculiarity of these wordless, smooth-skulled creatures remains.”
- The New York Times