Things to do in London London Theatre Tickets Theatres in London About St. Martin's Theatre

About the Theatre
Seating Plan
The Mousetrap

St. Martin’s Theatre London has seen a variety of performances including Houp La! Meet the Wife; The Grass is Greener, The Wrong Side of the Park and Sleuth. Today, the theatre has been the venue for more than 27,000 performances of Agatha Christie’s The Mousetrap.

If you wish to catch a performance of ‘The Mousetrap’ at West End, our St. Martin's Theatre London guide has all the information you need. You can also refer to this handy link to the seat availability and real-time prices for different seats/dates for The Mousetrap on Headout. 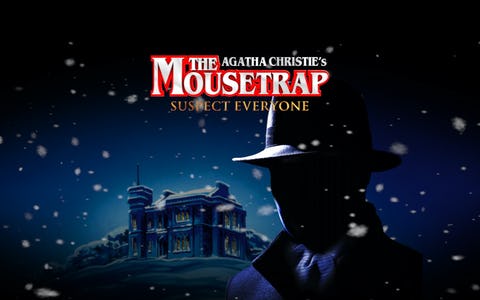 Running for over 66 years, The Mousetrap has gained the accolade of being ‘the longest-running West End production’ ever. The show premiered on 25th November 1952; it has been running even before the Laurence Olivier Awards were established! The Mousetrap was initially written as a radio play called Three Blind Mice as a gift for the birthday of Queen Mary, who asked for a new play written by Agatha Christie. Later on, it was adapted and first performed at the Theatre Royal in Nottingham. Today, the script of the play has remained unchanged and mesmerizes audiences in every show. A sterling star-cast including Elliot Chapman, Jason Hall, Mary Keegan, Mark Carlisle, and Millie Turner does a fantastic job of retaining the suspense. The spartan sets and eerie sound effects complete the effect of a snowed-in English manor, adding to the mystery!

The Mousetrap is a two-act play, and is set in the Great Hall of Monkswell Manor, which was recently turned into a guesthouse. It is run by newly-married couple Mollie and Giles Ralston, who know little about each other. They are joined by a motley group of guests - a young man, Christopher Wren; a disapproving old woman, Mrs. Boyle; and Major Metcalf, a retired army officer. The other eccentric members are a masculine woman Miss Casewell and Mr. Paravicini, a gentleman with a foreign accent.

The intrigue begins when the group is joined by Detective Sergeant Trotter who arrives to find a murderer, who has been accused of killing a couple who mistreated three foster children. How the guests are related to the crime and who among them is the killer is revealed at the end of the play. The twist ending is unlike most classic whodunits, and audiences are asked not to reveal the ending after the show. Figure out who gets caught in the mousetrap at the St. Martin’s Theatre London and keep the secret!

Use promo code GOLND and save £7 on The Mousetrap tickets

The St. Martin’s Theatre London has three shallow steps at the main entrance and the staff can assist with wheelchair access. Temporary ramps will be placed at the Dress Circle where the accessible seats are at F1 and Box C1.

Assistive Listening System: You can pick up infrared headsets from the staff in exchange for a nominal deposit.

Bar: The St. Martin’s Theatre London has 3 bars at each of the levels – Stalls, Dress Circle, and Upper Circle.

Guide dogs: Guide dogs are allowed within the theatre, the staff is also happy to dog-sit if needed.

Toilets: The toilets are located at the level of Upper Circle and Dress Circle. There is also a ladies toilet near the Foyer. The disabled toilet with facilities is available outside the Box C in the Dress Circle.

What is the seating capacity of St. Martin’s Theatre, London?

St. Martin’s Theatre, London has a seating capacity of 550.

Yes. Since St. Martin’s Theatre, London welcomes disabled guests and strives to make the show accessible for everyone, accessible seating is available at the venue.

What are the facilities available at St. Martin’s Theatre, London?

Assistive Listening System, bar, wheelchair access, cloakroom and restrooms are some of the facilities available at St. Martin’s Theatre, London.

Has St. Martin’s Theatre been granted the See it Safely mark by the Society of London Theatre?

Yes, St. Martin’s Theatre been granted the See it Safely mark by the Society of London Theatre.

How can I reach St. Martin’s Theatre, London?

Which is the nearest tube station to St. Martin’s Theatre, London?