Once upon a time, the Kensington Palace as we know it today was a suburban villa in Nottingham known as the Nottingham House. In 1689 King William III and Queen Mary II bought this house as the king suffered from asthma and needed to move away from the Whitehall Palace to a place with cleaner air. Hence, the Nottingham House was bought from the Earl of Nottingham as a country retreat to occasionally escape the dank air of London but stay close to the courtly affairs.

After William III died in 1702, the palace became the home of Queen Anne, sister to Queen Mary. Sir Christopher Wren designed the Orangery and Henry Wise designed a large garden for Queen Anne during the period she stayed. Queen VictoriaQ is said to have most of her childhood at the Palace before she left for Buckingham Palace in 1837. In modern times, Kensington Palace was known as the London residence of Diana, Princess of Wales.

The palace opened to the curious public in 1899, a few years before Queen Victoria's death. It immediately became the home of the London Museum before the museum moved to its current Barbican headquarters. Today it continues to serve as a residence to several members of the Royal Family. In 2012, the latest renovation to Kensington Palace was undertaken which took a period of 2 years to complete and a total of £12 million.

Where Can I Get Kensington Palace Tickets?

Get best deals on Kensington Palace tickets below!

If you're interested in visiting more than one palace in London,

Top 5 Things to See Inside the Kensington Palace

The interiors of the Kensington Palace is nothing short of breathtaking. After all the royals have been staying there for over 300 years, so it is only fair that the opulence is garrishly visible in both its exteriors and interiors. While touring the Kensington Palace, here are the parts you should watch out for.

Furniture and paintings from the Stuart-Hanoverian periods are on display in this section of the palace along with rooms from the Victorian era and works of art from the extensive Royal Collection. The King's State Apartments is made up of the following : The King's Staircase, The Privy Chamber, the Presence Chamber, The King's Drawing Room, The King's Gallery,The Cupola Room and The Council Chamber. The King's Gallery is the is the longest and the largest of the apartments at the Palace so spend some time ambling the length of it. While you're here, don't forget to look up and witness the maginificent ceiling painted by Willain Kent in 1723 which looks new to date

The Queen’s Apartments is dedicated to Queen Mary and the time she spent during the day’s she and King William lived in Kensington Palace. While you’re strolling through this section of the Kensington Palace, make sure to pay keen attention to the Queen’s Staircase, the Queen’s Gallery filled with ornamental artefacts, the Queen’s closet, the Queen’s Dining Room and the Queen’s Drawing room which holds an intertwined monogram of William and Mary’s initials in a beautifully carved cornice. The very last and most sought after room in the Queen's State Apartments is the Queen's Bedroom in which Queen Victoria went to sleep a princess and awoke a Queen at the age of 18.

The Modern Royals section, recently dubbed as "Fashion Rules Restyled" is a set of 5 rooms with elegant displays that you through a journey down decades of royal wardrobes by 3 royal women - Queen Elizabeth II, Princess Margaret and Princess Diana. Flaunting 18 couture dresses, this exhibition drips with diamonds, pearls and class; showcasing the trends of their respective eras and how the Queens negotiated the rules of dressing fashionably while staying within the rules of a royal wardrobe. Apart from the royal couture, framed magazine covers of the Queens wearing the gowns and sketches of dress ideas scribbled by historic designers are on display. Videos of instances when the Queens adorned the gowns are are projected as well.This is the closest one can get to the seeing the royal's wardrobe up close, so don't skip this!

Inspired by Queen Victoria's journals and featuring displays of her personal objects in the rooms where she once lived, the Victoria Revealed tour of Kensington Palace gives one an intimate account of Queen Victoria's life.Princess Victoria was born in 1819 at the Kensington Palace and spent most of her childhood in the palace with her mother, the Duchess of Kent. She became a queen at the age of 18 and her very first Privy Council meeting was held in Kensington Palace’s Red Saloon. Victoria Revealed explores many such milestones in her life and displays to the world various facets of the 18 year old Queen who reigned for 63 years

The Sunken Garden is a secluded green oasis born back in 1908 that changed a potting shed into a classic ornamental garden. It's elaborate gardening style with a range of flowers, ornamental pond and rotational seasonal flowers is taken after the celebrated style that was fashionable back in the 18th century. The Sunken Garden is at its best from April to October with a splash of vivid tulips, pansiesm, begonias, geraniums and wallflowers blooming and adorning the grounds. While sauntering the Sunken Gardens, make sure to walk through the White Garden, a natural space brimming with more than 12,000 lovingly hand-planted Tulip bulbs, Persian Lilies, Treasure Primrose Wallflowers and English Roses; all in cream and white. The White Garden serves as an ode to Lady Diana who loved the green spaces of the Kensington Palace.

The Kensington Gardens was initally a fragment of the Hyde Park. When the Royal family shifted into the Kensignton Palace, this western half of Hyde Park was sectioned off to make grounds for the Royals. Apart from the Kensington Palace and Sunken Garden within the Kensington Gardens, there is a lot more to see in this lush land. Here is a list of a few things to watch out for at Kensington Gardens : Albert Memorial, Statue of Peter Pan, Serpentine Gallery, Diana, Princess of Wales Memorial Playground,Italian Gardens, Physical Energy Monument, The Arch, Queen Caroline's Temple, Round Pond and the Two Bears Fountain

Kensington Palace - All You Need to Know

Getting to Kensington Palace

Hours for the Palace, Gardens and the Facilities :

Do check the opening and closing times for the date you wish to visit on the official website as these timings are prone to changes.

Walking around Kensington Palace was peaceful and informative. Each room had an information book in addition to the posters. The guides were very cordial and interactive. One gave a great explanation of how lady party-goers in manchuas would use the bathroom, with servants passing them chamber pots or squatting in the corner near the curtains.

Our prime motivation for visiting Kensington Palace was to see the exhibition of Princess Diana's dresses. We thoroughly enjoyed and appreciated this along with the exhibition relating to Queen Victoria and George I and II. The cafe serves great coffee and cake and the surrounding gardens are a delight. 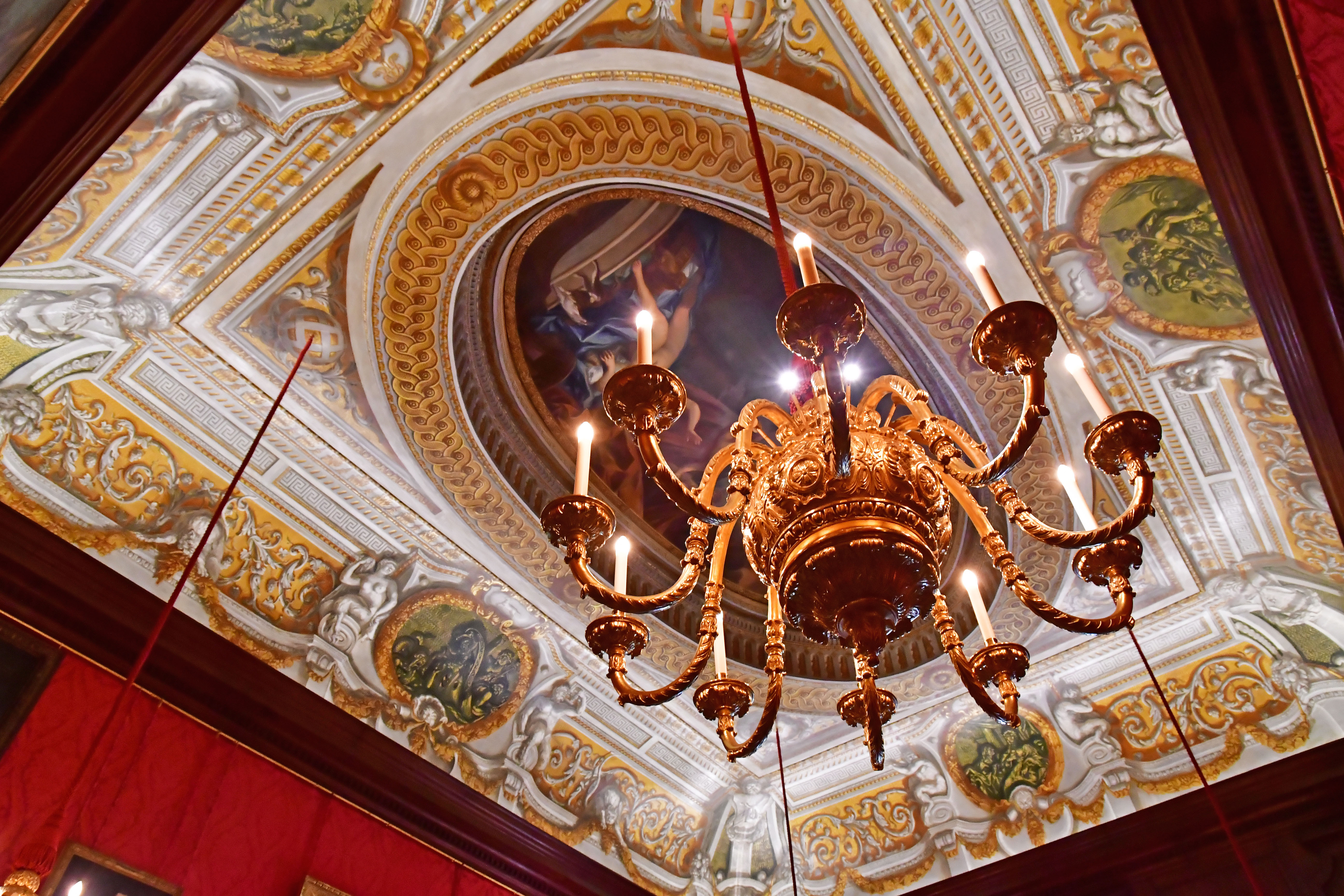 What is the best time to visit Kensington Palace?

The best time to visit Kensington Palace is post lunch, around 2 PM - 3 PM as most of the big tourist groups complete their tours by this time and you'll still have 2 more hours before the Palace closes.

What are the Kensington Palace opening times?

The generic opening times for Kensington palace is from 10 AM to 6 PM.

How long does it take to cover Kensington Palace?

Visitors are advised to spend at least 2-3 hours to make the most out of their experience.

What is the easiest way to reach Kensington Palace?

The easiest way to reach Kensington Palace is via underground trains. It is just a 10-minute walk from High Street Kensington Station and Queensway Station.

Is there any dress code to be followed when visiting Kensington Palace?

No, there is no dress code to follow when you visit Kensington Palace.

What are the different facilities offered at Kensington Palace?

Where is Kensington Palace located?

Is there parking available at Kensington Palace?

What is Kensington Palace known for?

Kensington Palace is popularly known for its beautiful architecture that has a long history of being home to many royalties.

What are the different things to see at Kensington Palace?

Other top experiences in London

London has tons of other attractions you can visit after your trip to the Kensignton Palace. Here are some other attractions that are now open to the public that cannot be missed! Check out more things to do in London.

A First Timer’s Guide To Climbing The O2 Arena in London
ArcelorMittal Orbit London: 5 Things You Must Know Before Visiting
The Complete Guide to The London Eye – Ticket Prices, Timings & More!
Discover The Best Of Hampton Court With These Hampton Court Palace Tickets
Visit Buckingham Palace | All You Need To Know Before Going Inside Buckingham Palace
Top 5 Buckingham Palace Guided Tours 2022
Kew Gardens London: How to Reach, Timings, and Tips
All About Visiting Madame Tussauds London – The World’s Best Wax Museum