One of the hottest shows of the 2019 Broadway season, Slave Play made its much-awaited debut on Broadway on 6th September 2019. The show is coming off a critically-acclaimed run at the New York Theatre Workshop from November 2018 to January 2019 and wowed critics and audiences alike with its stirring, true-to-life themes and excellent performances. Slave Play, follows the life of folks living in, what appears to be, a slave plantation in the Deep South.

The show is divided into three acts, Work, Process and Exorcise. While each act follows a unique narrative, the story comes together beautifully in the end, creating a certified masterpiece that'll surprise you in unimaginable ways. Despite its relatively short existence, the play has quickly emerged as a must-watch for all the topical themes it so deftly tackles. Slave Play is on a limited 17-week engagement playing at the John Golden Theatre. Read some of the top Slave Play Broadway reviews below. 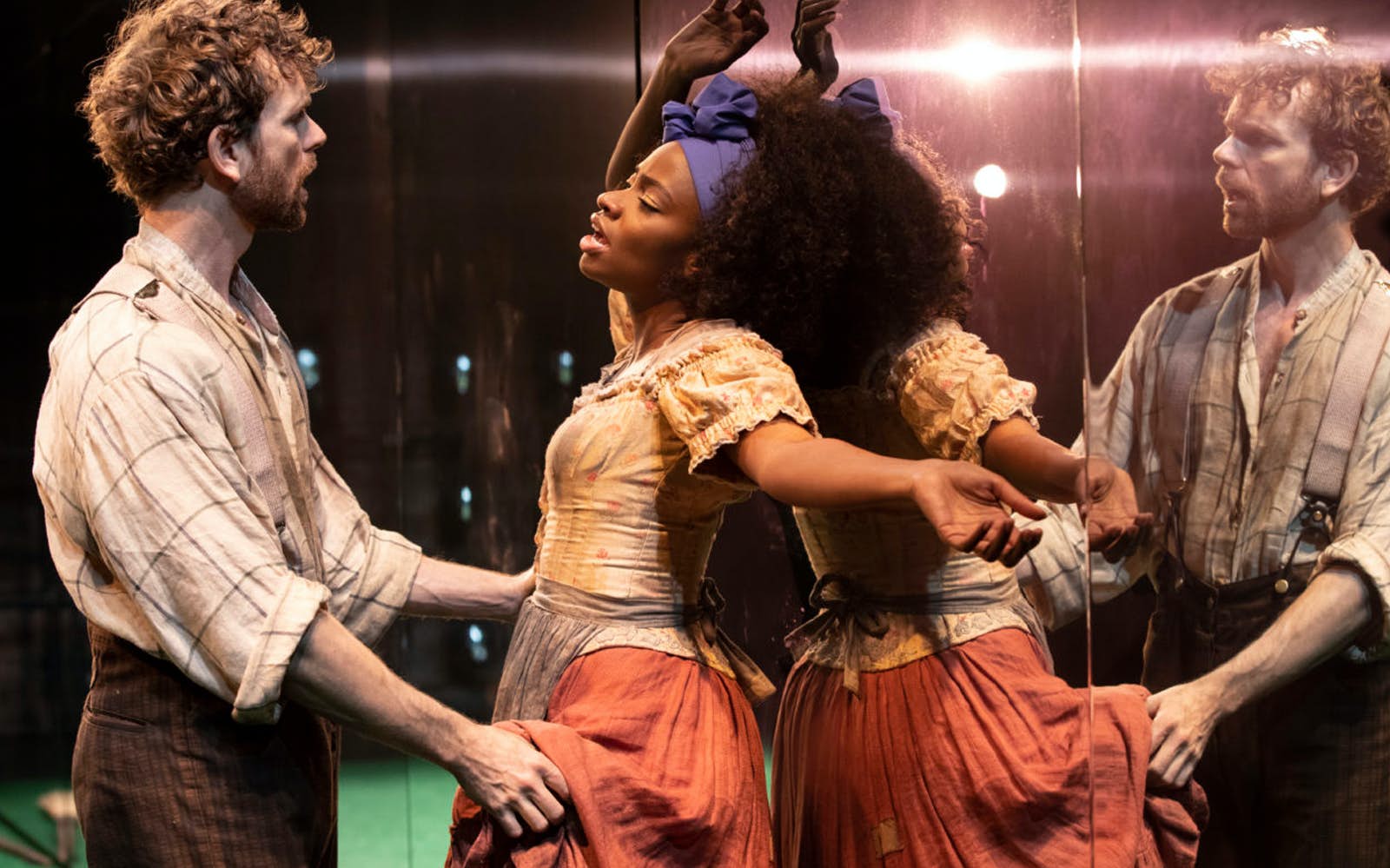 Here are some of the popular Slave Play Broadway reviews:

“The gradual shift from raunchy satirical comedy into steadily more discomforting territory is navigated with crafty assurance by director Robert O'Hara and with fearless emotional candor by his extraordinary eight-person cast. The entire ensemble has been with the production since its NYTW run, with the exception of Joaquina Kalukango, who steps confidently into the pressure-cooker role of Kaneisha, slowly revealed to be the play's volatile emotional and psychological center.”
- Hollywood Reporter on the 2019 Broadway production

“The best plays aren’t just about empathizing with the oppressed; they’re also about accepting our connection to the oppressors. With asperity but also love, “Slave Play” lets us all see ourselves in the muddle that is race in America now. There’s even a giant mirrored wall in Clint Ramos’s set to make sure we do."
- NY Times on the 2019 Broadway production

“Make no mistake, Harris isn’t universalizing this country’s torturous legacy of slavery or holding up its African-American history as a one-experience-fits-all lesson in shared humanity. One of Slave Play‘s accomplishments is its use of a commercial Broadway production as an insistently focused examination of whatever is meant when we make reference to the black experience, and in giving voice and the last word to those who live it."
- Deadline on the 2019 Broadway production

Slave Play Broadway Reviews | Why You Must Watch The Show

When a show garners critical acclaim not just from the biggest and most followed critics in the theatre world but also generates support from the bigwigs of the entertainment industry in general, you know you got something special! Slave Play attracted name talent from Hollywood and the music industry including Whoopi Goldberg, Madonna, Scarlett Johansson, and Tony Kushner, hinting at the significance and more importantly, the quality of the show. Slave Play is written by Jeremy O'Harris and the Off-Broadway production was awarded the prestigious Rosa Parks Playwriting Award. Beyond its stellar creative team and noticeable on-stage talent, Slave Play at its core is a story that deals with seemingly scandalous themes of race, attraction, and relationships. Watch the show for an enlightening and equally entertaining couple of hours.

Opened on February 24th 1927, the John Golden Theatre is one of the oldest Broadway houses. The theatre is located at 252 West 45th Street and features a Moorish-style architecture designed by Herbert J. Krapp.

One of the smaller houses in the Broadway circuit, the John Golden Theatre has 804 seats in total. These seats are spread across three primary sections, orchestra, front mezzanine and rear mezzanine. Given the small size, most seats offer a pretty decent view of the stage.

Orchestra Level: The John Golden Theatre orchestra section has 379 seats in total, making it the biggest seating area in the house. There are 18 rows in total, from A to S. The orchestra section, particularly the center seats of the first couple of rows, offers the best view of the stage.

Front Mezzanine Level: The first elevated section of the John Golden Theatre, the front mezzanine level is the smallest seating area in the theatre. Compared to the orchestra, this section is relatively cheaper while offering great views of the stage.

Rear Mezzanine Level: The final seating area in the theatre is the rear mezzanine which is divided into four subsections with 8 rows in total. While the rear mezzanine is furthest from the stage, the views offered are pretty decent due to the small size of the theater.

Value-for-money seats: The middle seats in rows F to M in the center orchestra are value for money. In the front mezzanine section, the middle two sections in rows D and F offer good views and don't cost a bomb.

Premium seats: If money is not a restriction, opt for the middle seats in rows A to D of the orchestra for the best view of the stage.