In 1869, Albert Smith Bickmore put forward a proposal to establish a natural history museum in New York. The proposal managed to earn the support of William E. Dodge, Jr., Theodore Roosevelt, Sr., Joseph Choate, and J. Pierpont Morgan. On April 6, the American Museum of Natural History was founded with John David Wolfe as the President. Since then, the museum has gone from strength to strength in chronicling mankind. American Museum of Natural History New York aims to keep looking for ways to explore, understand, and propagate the progress of human culture.

There are more than 10 separate exhibitions going on at the American Museum of Natural History New York at any given point in time. These exhibitions may replicate historical events, demonstrate scientific revelations, or plainly invite visitors to marvel at archaeological findings. The guided tours within the museum are especially enlightening. Presently, the use of advanced multimedia and robotics has added an element of thrill to the American Museum of Natural History experience. You may choose to dive underwater or foray into the nothingness of space to discover unimaginable facts about the world we think is ours. Some programs even let you investigate the insides of the human body like never before. At the American Museum of Natural History New York, possibilities are infinite, and the only constant is absolute wonder.

Why Visit The American Museum of Natural History? 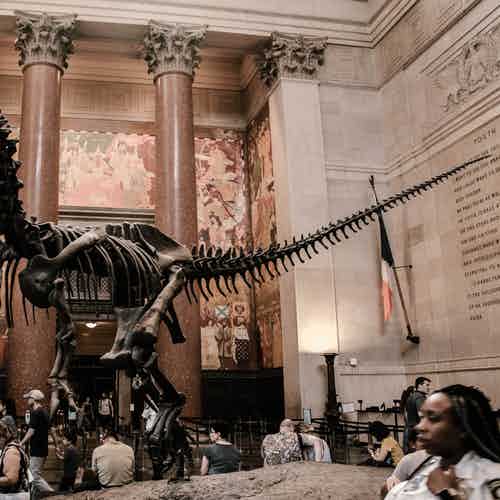 Looking for American Museum Of Natural History Discounts? Here is how you can save some extra money.

Avoid crowds at the American Museum of Natural History

Permanent Exhibitions at the American Museum of Natural History

The Biodiversity and Environmental Halls at the American Museum of Natural History are one of the most popular attractions among tourists. The uniqueness lies in the fact that these halls don’t shy away from showing the agents that are endangering our environment while keeping everything simplistic and easy on the eyes.

Birds and Reptiles and Amphibian Halls

This area is divided into four halls. The Hall of Reptiles and Amphibians displays an astonishing variety of the said class of animals. Hall of Birds of the World acquaints you to the species of birds spread all over the world, whereas Hall of New York City Birds explores the birds that are seen in the Big Apple round the year. The Leonard C. Sanford Hall of North American Birds depicts birds that have North America as their native habitat.

This is another significant area of the American Museum of Natural History. It is divided into three halls. Arthur Ross Hall of Meteorites specializes in the study of meteorite segments from different parts of our universe. Guggenheim Hall of Minerals displays hundreds of mineral samples collected from around the planet. Morgan Memorial Hall of Gems is known for its vast collection of precious stones.

Possibly the most popular attraction, the fossil halls occupy a large section of the American Museum of Natural History. Apart from displaying fossils of prehistoric creatures, this hall also deals with advanced topics, like vertebrate origins, mammalian lineage, and evolutionary science in detail.

This hall has eight different sections that deal with the origins and development of the human race during the course of history. The exhibitions are mainly focused on imparting the knowledge that has been gained about human civilization in particular demographic locations. It is quite interesting to observe exactly how the same species have evolved to be so different over the years.

This exhibition at the American Museum of Natural History affords you an in-depth look into the world of mammals. There are multiple subsections of the hall that concentrate on mammals from different parts of the planet. In addition, there is a section dedicated to primates, which connects their origin with human evolution.

Rose Center for Earth and Space

This hall brings to life the ever familiar yet strangely evasive universe of ours. Comprising of the immense Hayden Big Bang Theatre, this exhibition aims at chronicling the 13 billion-year-old history of the cosmos. Additionally, the David S. and Ruth L. Gottesman Hall of Planet Earth deals with the subject of the evolution of planet Earth.

The American Museum of Natural History dedicates this hall to the 33rd Governor of New York State and the 26th President of the United States, Theodore Roosevelt. The hall explores the life of Theodore Roosevelt in various phases leading up to his tenure at the White House. Apart from that, the Roman architecture of the structure is also one to behold.

Although the American Museum of Natural History mainly deals with advanced subjects, it takes special care to retain the element of wonder and discovery. This hall is specifically created for little explorers between the ages of 5 and 11 years. All the major field of science is covered in this exhibition and is neatly packed with bite-sized knowledge.

One of the largest and newest exhibits on display at the American Museum of Natural History is The Titanosaur. This 122-foot long behemoth garners a lot of attention from experts given its relatively recent discovery. The dinosaur is thought to be a herbivore that walked the Earth around 100 to 95 million years ago.

Special Exhibitions at the American Museum of Natural History Our Senses: An Immersive Experience

Most humans depend on their senses to navigate through their day to day lives. This special exhibition takes you on a ride to know your senses better. It will help you understand that not only does nature create our perception, but the opposite is also true. Catch this show while it’s still on.
Date: Up to January 2, 2019

We are far from discovering our own planet to the fullest. And the part that still remains intriguing and obscure to humans is the deep sea. This exhibition uses the advancement in robotics to take you to the world ruled by giant squids and octopuses.
Date: Up to August 18, 2019 We are taught about the basic functions of our bodies in school, but that merely scratches the surface. There are a lot of things about the human body that is not common knowledge. This exhibition will give you a lesson introspection, as you know yourself like never before.
Date: Up to June 16, 2019

Looking for American Museum Of Natural History Discounts? Here is how you can save some extra money.

This is probably one of the most well known museums in New York, and doesn't disappoint, wear comfortable shoes as it huge, and whether it is Dinosaurs Skeletons, or Egyptian mummies, medieval Pottery or Elephants the museum has it allFor me it is an absolute must for inclusion on any planned visit to the City

There is not enough time to see everything in this museum! My partner and I came one day and were not disappointed, there is so much to see and do. I would recommend buying the ticket hay allows you to see all exhibitions that you have to pay extra for, it’s not that much more expensive. There space exhibition we seen was amazing. The deep sea one too was fab. A fab of mine is always the dinosaur section. Just a great day out for everyone!

Getting To the American Museum of Natural History Hours

Parking: Parking is available within the museum with hourly rates.

Directions to the American Museum of Natural History New York

Quick Tips for Visiting the American Museum of Natural History 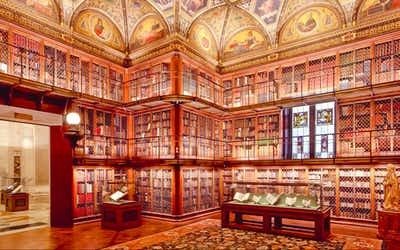 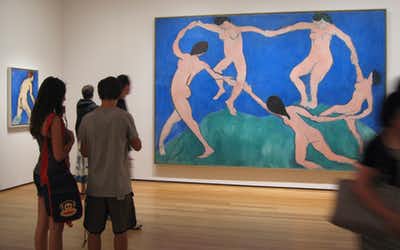 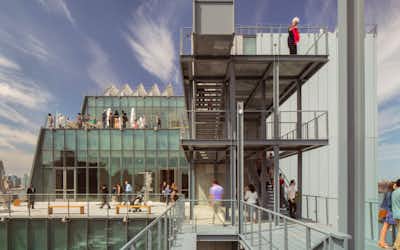 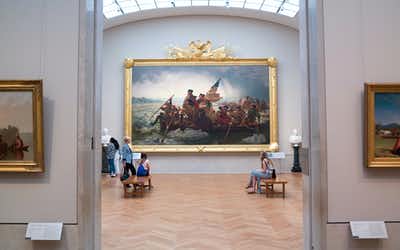 Your Guide To Visiting The 9/11 Museum Memorial – Tickets, Tours & More
Experience The World Of Miniatures At The Gulliver’s Gate NYC
Guide To Ripley’s Believe it or Not! NYC | Kid Friendly Attraction On Times Square
Everything You Must Know Before Visting Top Of The Rock, New York
On Top Of New York’s Tallest Deck – The One World Observatory
9/11 Memorial Museum To Reopen on 4th July Post Lockdown Restrictions In New York
Witness The Pinnacle Of Avant-Garde Art At MoMA New York City | Museum of Modern Art NYC
Catch The Best Of American Art At The Whitney Museum Of American Art