About the theatre
Seating Chart

This guide on the John Golden theatre seating chart will help you find the best seats in the house. Get real-time seat availability and pricing, insider tips on the best seats and more.

With only 804 seats, the John Golden Theatre is structured like your average Broadway theatre. The seats are divided across three primary sections, namely orchestra, front mezzanine and rear mezzanine. All three section are priced differently and offer a unique look at the main stage. To help you understand which section you should look at while booking your seats, here’s an detailed look at all three. 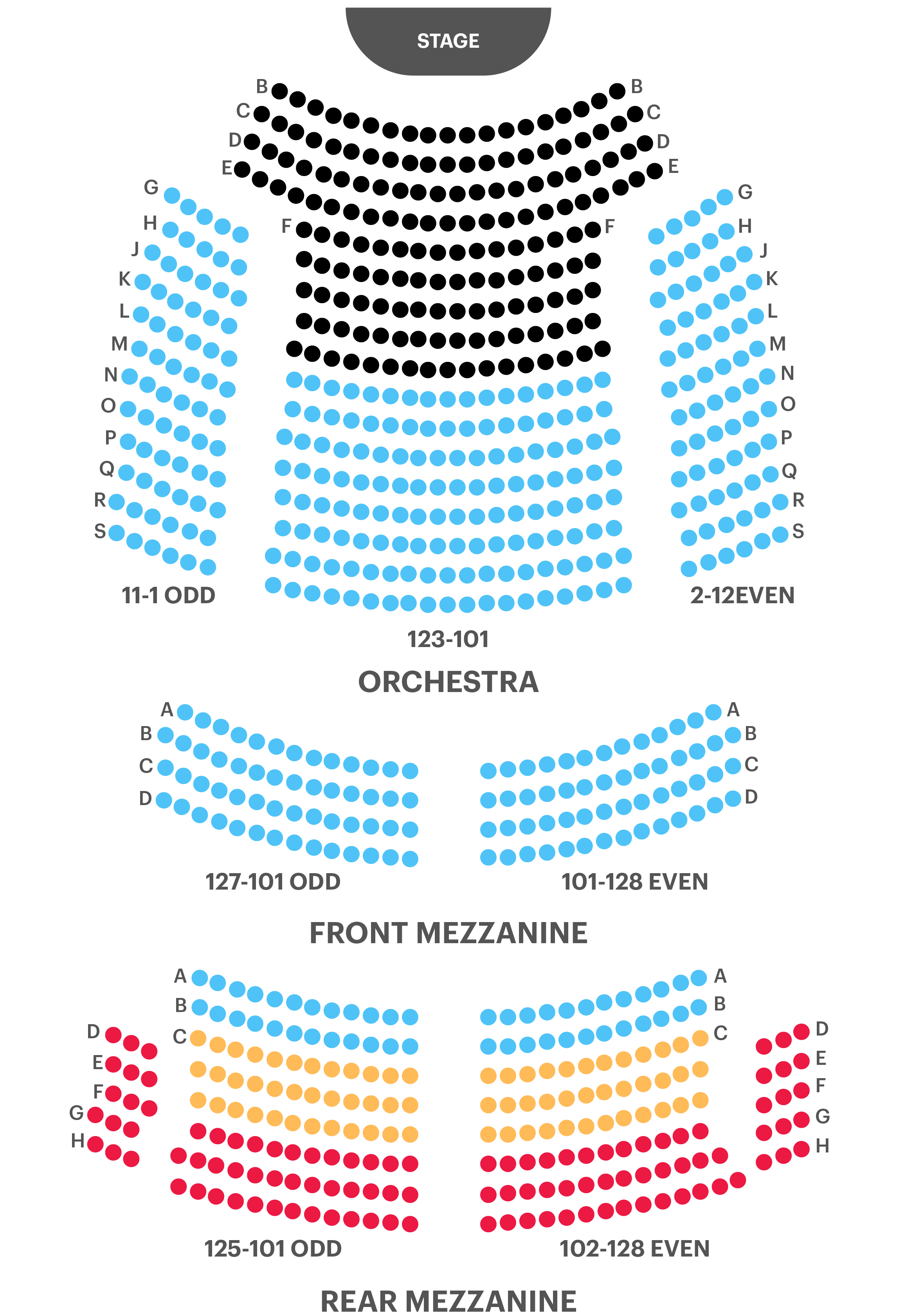 The last seating section in the John Golden Theatre is the rear mezzanine. The second elevated section in the theatre, this seating area is divided into four sections but most of the seats are concentrated in the middle two sections. The corner most subsections have 5 rows with three seats each.

The John Golden Theatre is relatively smaller than your average Broadway theatre, making it the perfect home for plays and dramas that don’t involve moving around the stage a lot. Hangmen is the perfect fit for the theatre but to experience the drama in all its wonderful glory, you need to pick the correct seats. To help you make your Hangmen viewing experience special, we have selected the best seats in John Golden Theatre for you.

The middle seats in the orchestra section in rows D to F are widely regarded as the best in the house since they are not too close to the stage and aren’t too far back either. Within the mezzanine section, the middle seats in rows A to C are the most popular. These seats offer a great direct look at the stage and the elevation only heightens the view on offer.

Watching a Broadway show is truly an unforgettable experience. But spending more than $100 for a single seat is not feasible for everyone, especially if you’re a tourist who has other places to visit in the city and expenses to think about. As you would expect, the seats mentioned in the section above are the best in the theatre but also happen to be the most expensive. If you don’t want to spend a lot but still want decent thing, we have the best value for money seats for you.

Seats in the middle orchestra rows G-L are quite good and cost a lot less than the premium orchestra seats. The last row D in the front mezzanine section also offers value for money seats considering the clean view on offer and price that is charged for them. In the rear mezzanine section, middle seats in the first four rows A to D are pretty reasonably priced. Remember, since the John Golden Theatre is not the biggest theatre on Broadway, there is no such thing as a bad seat.

How many sections does John Golden Theatre have?

With only 804 seats, the John Golden Theatre is structured like your average Broadway theatre. The seats are divided across three primary sections, namely orchestra, front mezzanine and rear mezzanine. All three section are priced differently and offer a unique look at the main stage.

Where are the best seats in John Golden Theatre?

The middle seats in the orchestra section in rows D to F are widely regarded as the best in the house since they are not too close to the stage and aren't too far back either.

What is the seating capacity of John Golden Theatre, New York?

Which section has wheelchair accessibility at John Golden Theatre?

Wheelchair seating is in the orchestra only. Mezzanine: Located on the second level, up three flights of stairs, 28 steps. Once on the mezzanine level there are approximately 2 steps per row. Entrance to the mezzanine is behind row D.