There’s nothing more baroque beautiful in Rome than the Piazza Navona, also known in English as Navona Square. The piazza flaunts Bernini sculptures, elaborate fountains, a magnificent church, colourful casts of street artists, quaint cafes and lots of open space, bathing in sunshine and brimming with tourists. Sounds heavenly right?! Like they say, Piazza Navona Rome is where the liveliness of Roman life is explicitly tangible.

The harmony of colours in the piazza enhancing the contrast of the architecturally sober houses alternating with a myriad of monumental structures is a sight behold. For centuries, Piazza Navona was the designated ‘meet up spot’ and even till date, most tours choose Piazza Navona as their departure point. Piazza Navona Rome is the finest example of urban continuity in Rome. It is built in the exact area occupied by Rome's first stadium (built by Domitian between 81 and 96 AD). The stadium was known as Circus Agonalis (competition arena), which became "n'Agona" when the idea for the square came up and eventually "Navona". When Innocent X was elected Pope (1644-55), he decided to embellish the Piazza to honor his family, the Pamphilj. With this in mind, he had his family palace and the church of Sant'Agnese in Agone rebuilt, ordered the restoration of the two fountains that Gregory XIII had installed at either end of the piazza, and commissioned the colossal Fontana Dei Quattro Fiumi in center.

Today, Piazza Navona is one of the Roman's most treasured piazzas. It is always vibrant with acrobats and jugglers, painters and street performers that put on their shows for spectators flowing through the Piazza with purpose and joy.

What all can one do at Piazza Navona Rome? Here's our list of 5 things that you must definitely do while at Piazza Navona. Once you're done with these, you can take a quick walk to the Trevi Fountain and Spanish Fountain, both situated a kilometer from the piazza. All in all, you can keep aside 2 hours of your day for ambling about this part of Central Rome.

Piazza Navona Rome centers around three lavish fountains - Fontana dei Quattro Fiumi, Fontana del Moro and Fontana di Nettuno. La Fontana dei Quattro Fiumi (Fountain of Four Rivers) is the most photographed item in the square. The centrepiece of this grandiose fountain is a tall Egyptian obelisk and muscular personifications of 4 rivers - Nile, Ganges, Danube and Plate. Make sure to look out for the Pope's coat of arms, a dove and and olive branch found on the rock base of the fountain.

The two other fountains Fontana del Moro and Fontana di Nettuno at the southern and northern ends respectively are smaller but equally stunning. Fontana del Moro was built in the 17th century by Bernini and depicts a Moor fighting a dolphin. Fontana di Nettuno (Neptune) was built in 1576 by Giacomo della Porta and has statues of Neptune surrounded by sea nymphs. Fun Fact : The smaller fountains at Piazza Navona were started prior to the Fontana dei Fiumi but have been altered several times over the years.

Visit the Church of Sant'Agnese in Agone 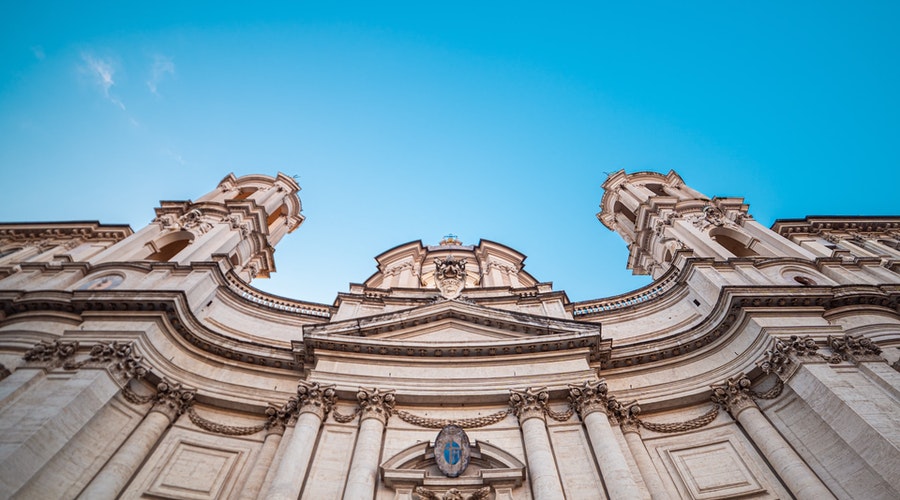 To the west of Piazza Navona Rome, facing the Fontana dei Quattro Fiumi stands the Sant'Agnese in Agone Church, commissioned by the Pope Innocent X and designed by Borromini just after the fountain. The lore goes that Bernini designed the Nile and Plata statues of the Fontana dei Quattro Fiumi with their arms shielding their eyes from the ugliness of the church. In retaliation, Borromini is said to have added the statue of St. Agnes on the facade, gazing out beyond the square so as not to see the fountains in the square.

However, if you look at the timelines, Bernini is said to have completed his fountain two years prior to the work on the facade of the church. But makes for an interesting interpretation of the statues, eh? Though this church does not come under the must visit churches in Rome, its prime location on the piazza gives it an edge. 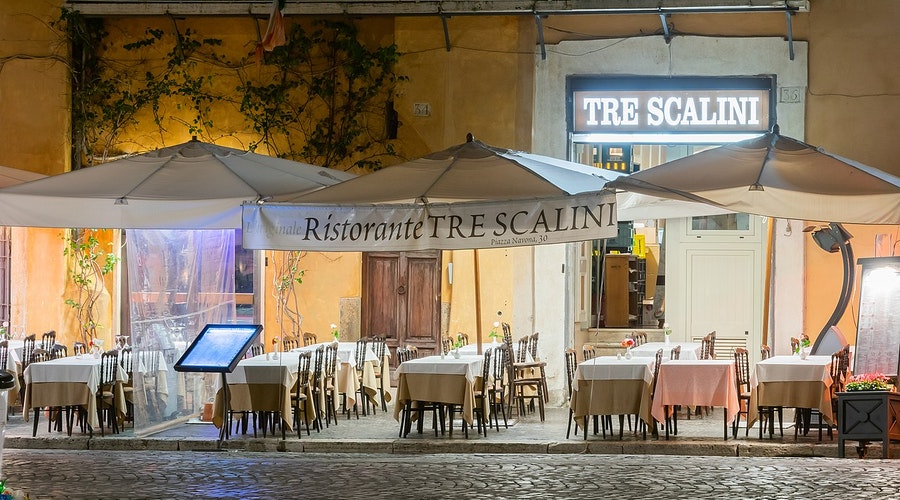 Tarfuto is a rich handmade chocolate ice cream roll which is a tad bit on the costly side but definitely worth the splurge. You get the best Tarfuto in Rome from a cafe named Tre Scalini on Piazza Navona. Often called the King of Gelato, the Tarfuto is creamy and melts in your mouth like no other dessert. It is the perfect companion for people watching on the piazza, so find a spot, relish the best Tarfuto you'll ever taste.

Traveler Tip : If you buy the Tarfuto - to - go, you get it at half the price. So, grab it and walk around Piazza Navona Rome. 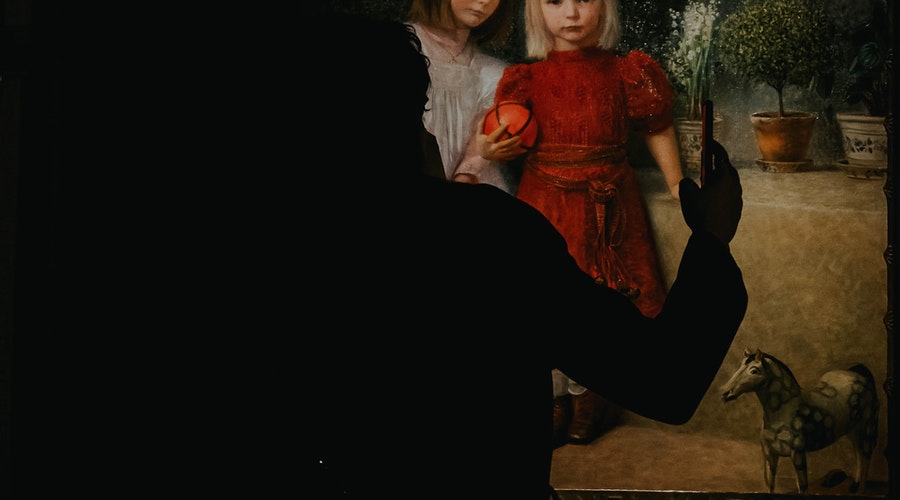 Palazzo Braschi is a Neoclassical Palace in Rome located between the Piazza Navona, Campo de' Fiori, Corso Vittorio Emanuele II and Piazza di Pasquino. It houses the Museo di Roma, which is famous for its hefty collection of paintings, drawings, photographs, books, furniture and ceramics that depicts the opulent history of Rome from the Middle Ages to the mid-twentieth century. History buffs should make it a point to visit this immaculate collection of ancient Roman artefacts. The museum has an orderly flow making it easy to picture the timelines. One can even learn about the construction of the Trevi fountain here.

There are two floors of permanent exhibition (2nd and 3rd) and another floor dedicated to visiting exhibitions which changes periodically. Don't forget to look out the window for an aerial panaromic view of Piazza Navona. The tickets cost €8.50 and one can do a self guided audio tour (audio guide costs an additional €4), but is well worth the money. 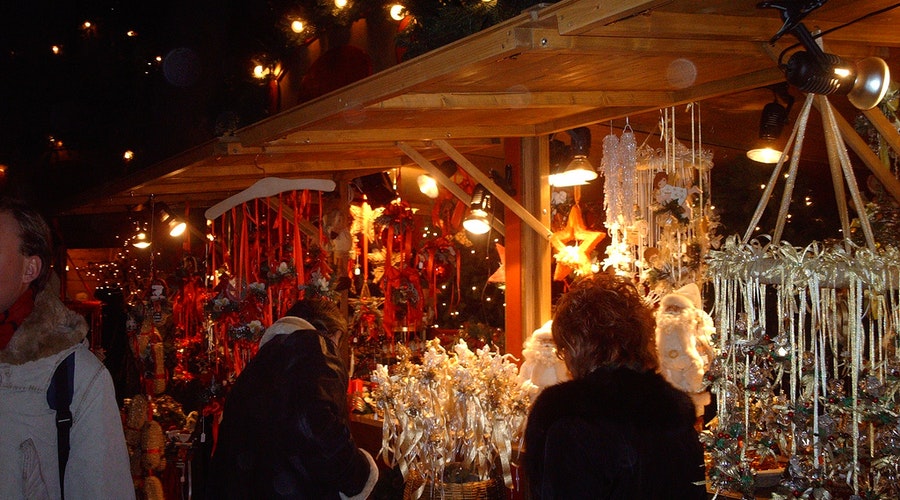 If you're traveling to Rome around Christmas, make sure to visit the annual Christmas fair that takes place at Piazza Navona Rome. It goes on from December to early January and is an absolute treat to experience. Stalls, carousels and nativity at its best, the Piazza Novona is teeming with tourists and locals alike during this period. The square is brimming with festivity and the christmas spirit wafting through the air is surely contagious!

During summer, Piazza Navona Rome has a continous slew of festivals - Festivals of painters, caricaturists, fortune-teller and buskers, who entertain visitors until the wee hours. There are seasonal themed fairs as well, but there is no way to know what is going on at the Piazza until you visit it first hand.

Save €6 on your first booking with Headout when you use this discounted promo code.

If you're one to love walking tours with an expert local guide, there's no better way to explore Piazza Navona than on a guided walking tour. Most walking tours couple the 3 prime spots - Trevi Fountain, Spanish Steps and Piazza Navona together, making for a great deal. Sign up for any and walk around the streets of Rome with like-minded travelers and learn all you can about the history seeped lanes and monuments around Piazza Navona. 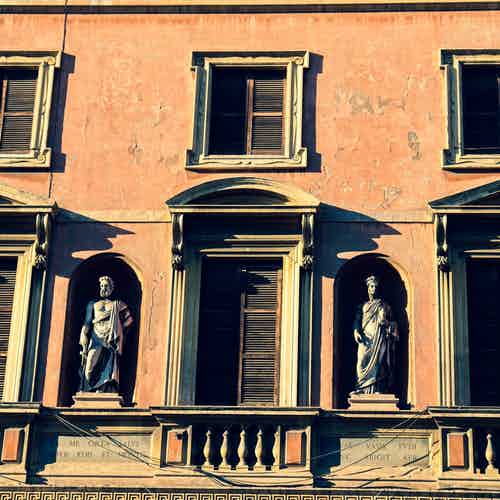 Squares and Fountains Tour with the Trevi Fountain Gem 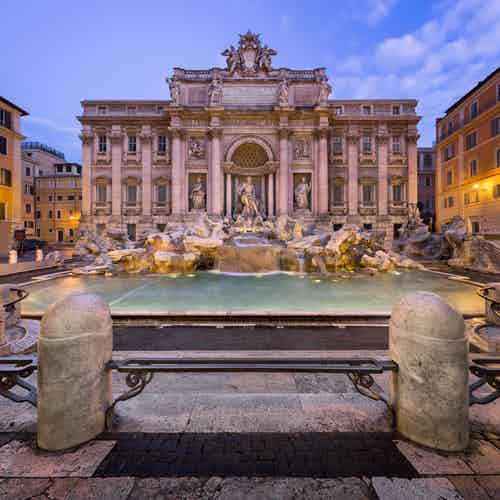 Take in the charming sights of Rome on this 2.5 hour tour around the Trevi Fountain and Bernini's Fountain of the Four Rivers. Stroll through town while indulging in some gelato and learn about the fascinating history of these incredible sites!

Like we mentioned before, the Piazza Navona stands 1 km from the Trevi Fountain and 1.2 km from the Spanish Steps. Here's a little about the adjacent attractions!

No trip to Rome is complete without a visit to the Trevi Fountain, known by the locals as Fontana di Trevi. The Trevi Fountain is undoubtedly one of the most stunning fountains in the world, but there’s a lot more than just beauty behind this famous fountain! ‘Trevi’ means ‘three-ways’ and is said to refer to the junction of three roads on Piazza dei Cruciferi. It was one of 1,352 fountains in 4th century Rome, but the Trevi Fountain always stood out from the rest, simply because of its grandiose nature and the 'throwing a coin' myth behind it.

It is said that roughly €3,000 is thrown into the Trevi Fountain daily. Legend holds that a coin thrown into the fountain will ensure a return to Rome. This tradition dates back to the ancient Romans who often threw coins to make the gods of water favor their journey. However, did you know that these coins are collected every night and given to an Italian charity called Caritas? Caritas uses the money for a supermarket program giving rechargeable cards to Rome’s needy to help them get groceries. Also, for this very reason it is a punishable crime to fish out coins from the fountain. 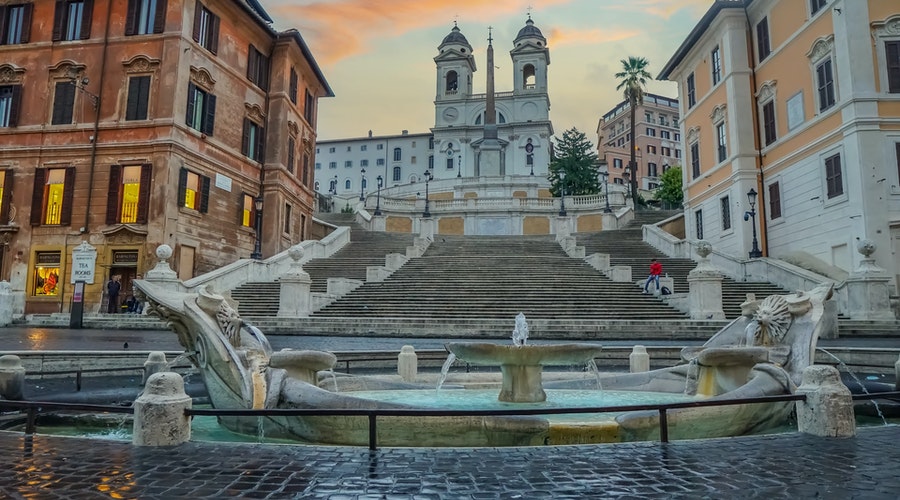 Spanish Steps, also known as Scalinata di Spagna due to its irregular butterfly design is about 1.2 kms away from the Piazza Navona and a must visit while in the vicinity. A great example of Roman Baroque Style, the Spanish Steps consist of 138 steps placed in a mix of curves, straight flights, vistas and terraces making for a great place to sit down and enjoy the atmosphere and views of the Eternal City.

These steps were built in 1723-1725 by a little architect Francesco de Sanctis. It was built in order to link the Trinità dei Monti church with the Spanish square below. Its unique design and elegance has made it a popular place for artists, painters and poets who were attracted to the place which inspired them in return.

Piazza Navona at night has a whole different charm all together. I square quietens down, and one gets to see some the structures around illuminated with faint yellow light against the night sky. In summer especially, it is advisable to visit the Piazza at night to take advantage of the cooler evening temperatures. The only downside of visiting Piazza Novona at night is that photographs don't come out as great as they do during the day. However, the quiet lanes, deserted cafes makes for a great few hours of walking under the moonlight. If you haven't done a guided twilight stroll in Rome yet, there's no better place than the Piazza Navona for it.

Take in the charming sights of Rome on this 2.5 hour tour around the Trevi Fountain and Bernini's Fountain of the Four Rivers. Stroll through town while indulging in some gelato and learn about the fascinating history of these incredible sites!

Save €6 on your first booking with Headout when you use this discounted promo code.