Relive History Through These Ancient Ruins in Rome

Things to do in Rome Ancient Rome Tours

One of the greatest civilizations in the history of mankind, Rome started out as a city-state, and grew to become one of the largest empires in the world, with a huge impact on western civilization. At its peak, the Roman civilization had a complex and advanced social and political structure, with influences from Greek democracy. Covering most of what is Western Europe, the Ancient Romans introduced their way of life to the countries they conquered.

Today, you can learn about the way the Ancient Romans lived, and see their monuments, some of which are preserved in excellent conditions, like the Colosseum and the Appian Way.

How much of Ancient Rome is left today?

Only a small amount of ancient Rome is left today - experts say around 10%. Much of it was destroyed over time, and much of what remains is in ruins. The remaining 90% is said to be buried deep inside the earth, around 30 feet below the street level today. However, there are still some great examples of Roman architecture and ruins to be seen in Rome. Including the Pantheon, an epitome of Roman architecture and one of the best well-preserved structures. 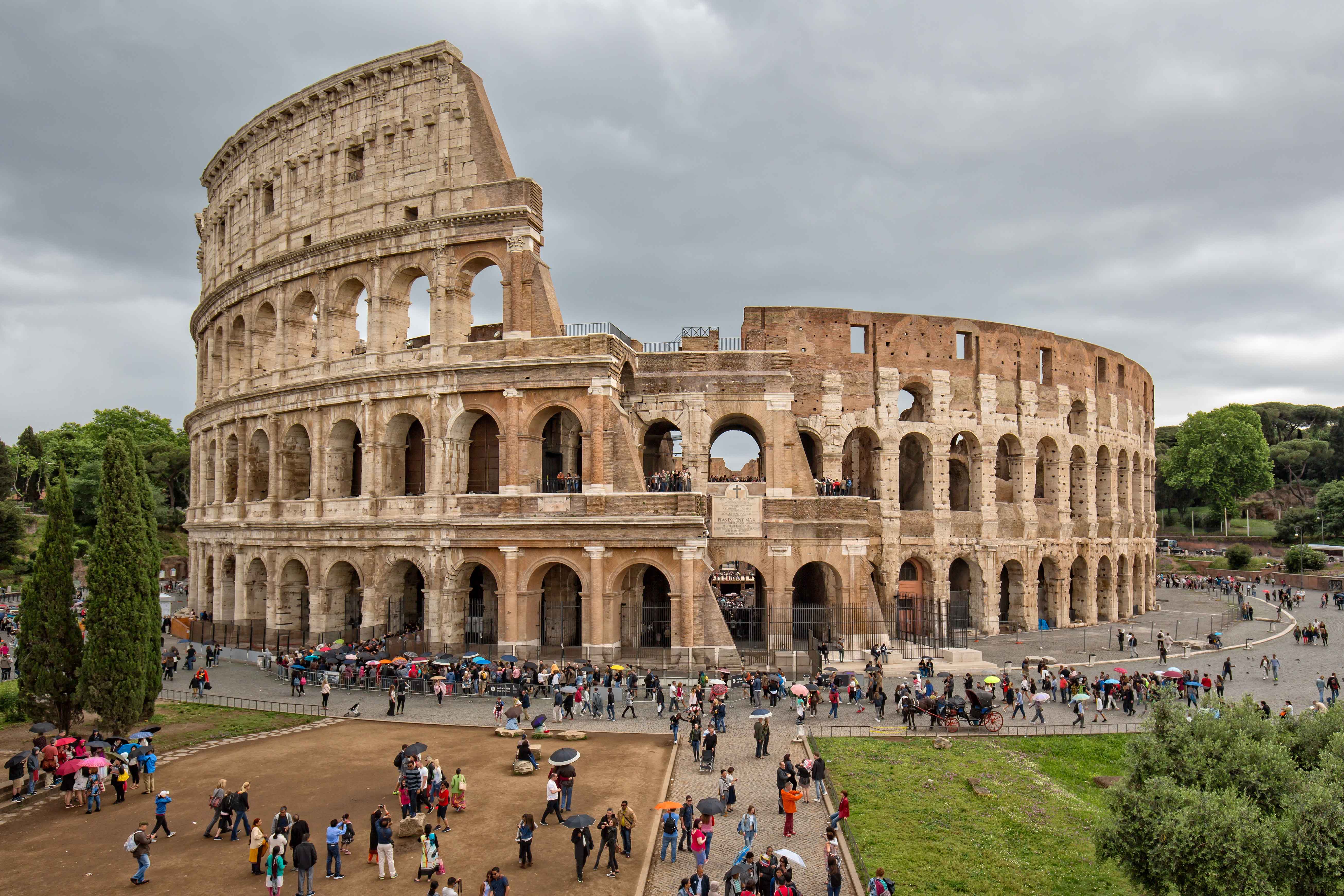 With over 5 million visitors every year, the Colosseum is one of Italy’s most popular tourist attractions. Believed to have been constructed as a gift from ancient emperors to the Roman people, this grand outdoor amphitheater once served as the epicentre for entertainment in the Roman Empire, hosting various public spectacles and games. A stage for gladiator fights, often including animals, the Colosseum has quite the bloody past. Step back in time, marvel at the stunning architecture, and walk the floor of the greatest arena known to mankind.

Hours
The Colosseum is open to the public from 8:30 AM to 4:30 PM, all around the year.
Closing times vary throughout the year, and it is best to check again before leaving. 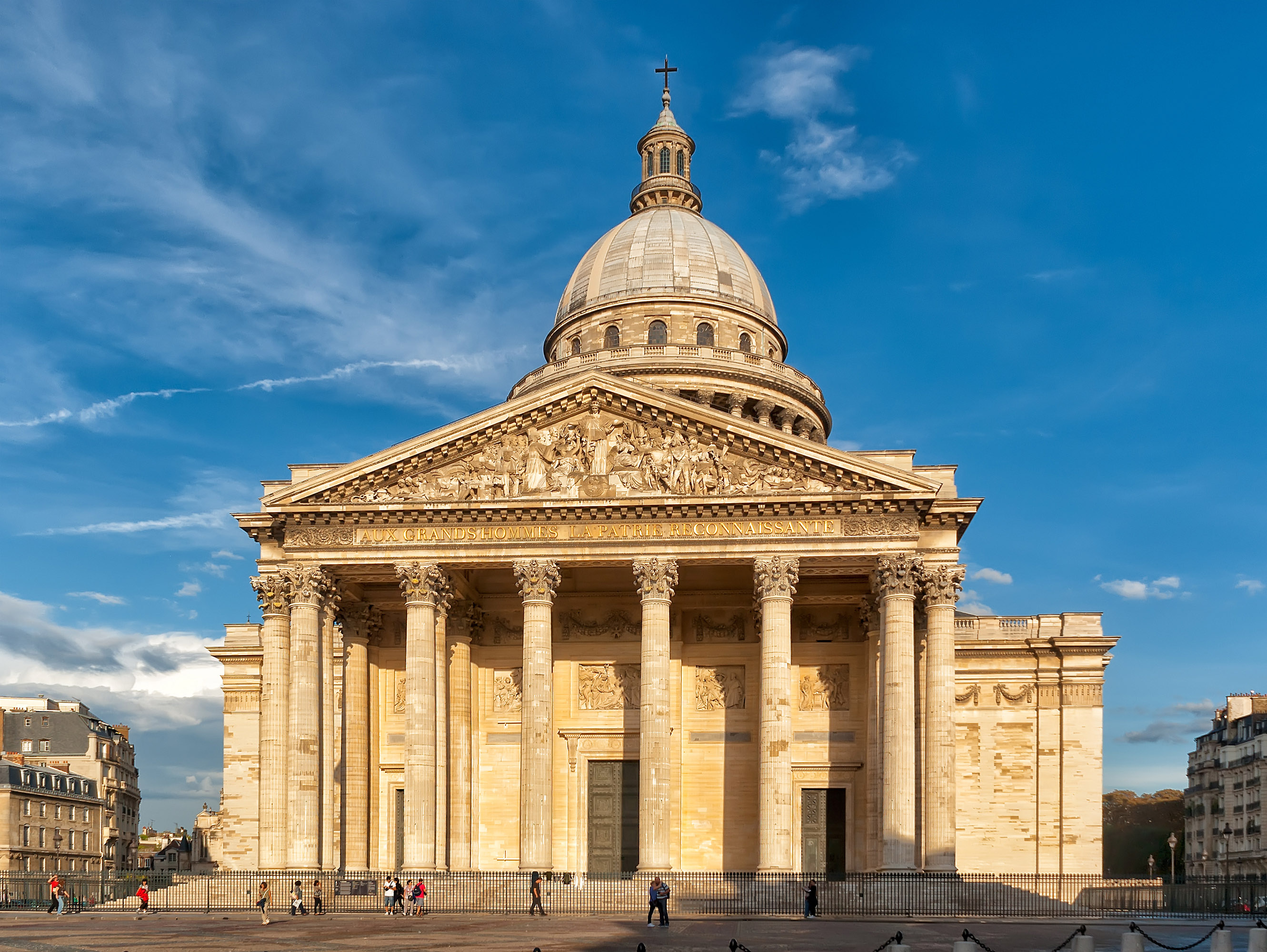 Explore one of the most beautiful structures in the world - the Pantheon. Built between 25-27 BC during the reign of Augustus as a temple to the early pagan gods of Rome. The Pantheon has withstood the test of time and remains to this day an architectural wonder that is unmatched by any others. Rebuilt during Hadrian’s reign between 118-125 AD, its dome is the world’s largest unreinforced concrete dome today, almost two thousand years after it was built. 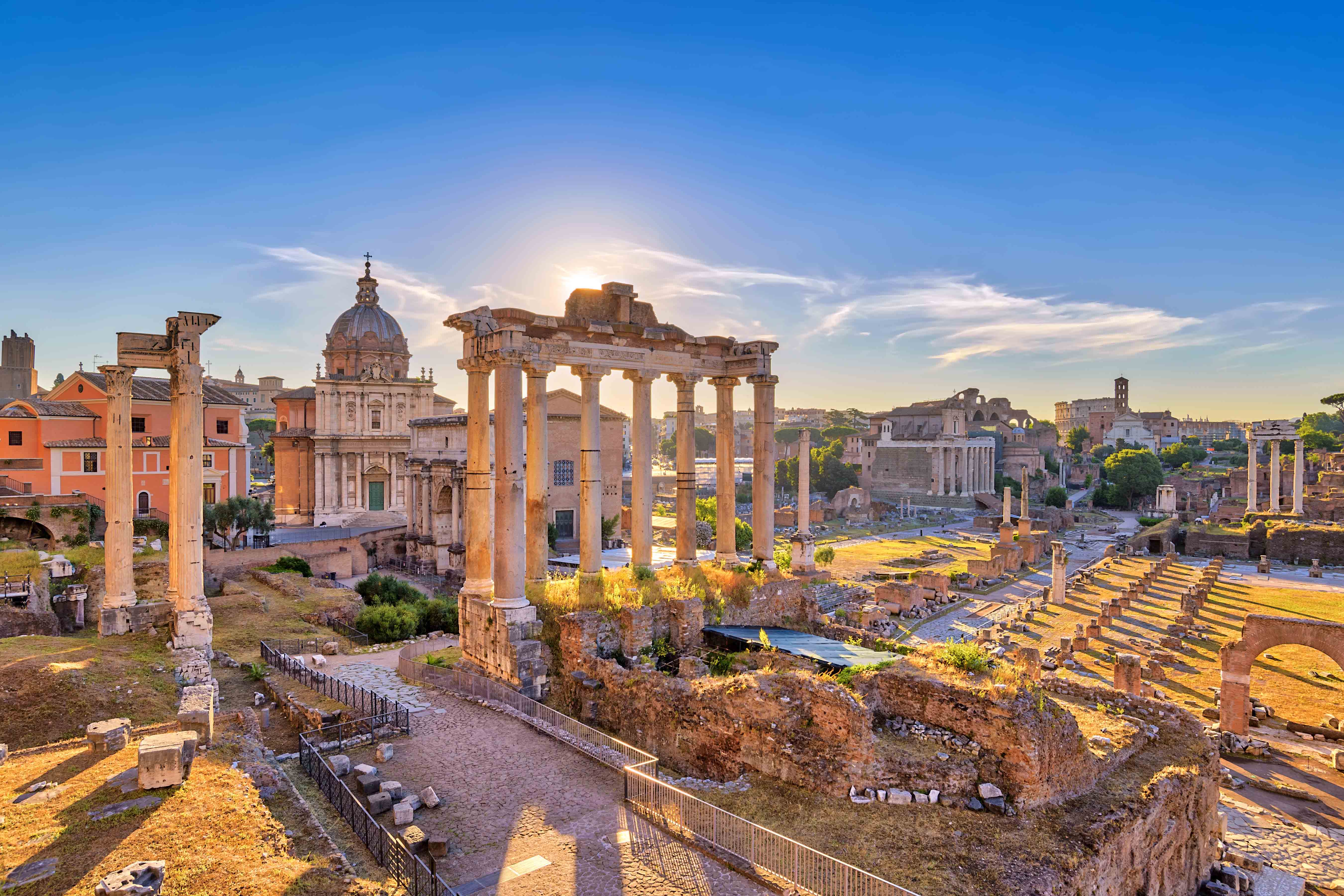 The Roman Forum was once the political and social center of Ancient Rome. You an now march down the same paved road once graced by victorious Roman armies and explore the easily discernable remains of the banks, temples, and homes. For decades, the Roman Forum was also the center of day-to-day life in Ancient Rome - it was the site of elections, public speeches, criminal trials, and commercial affairs. 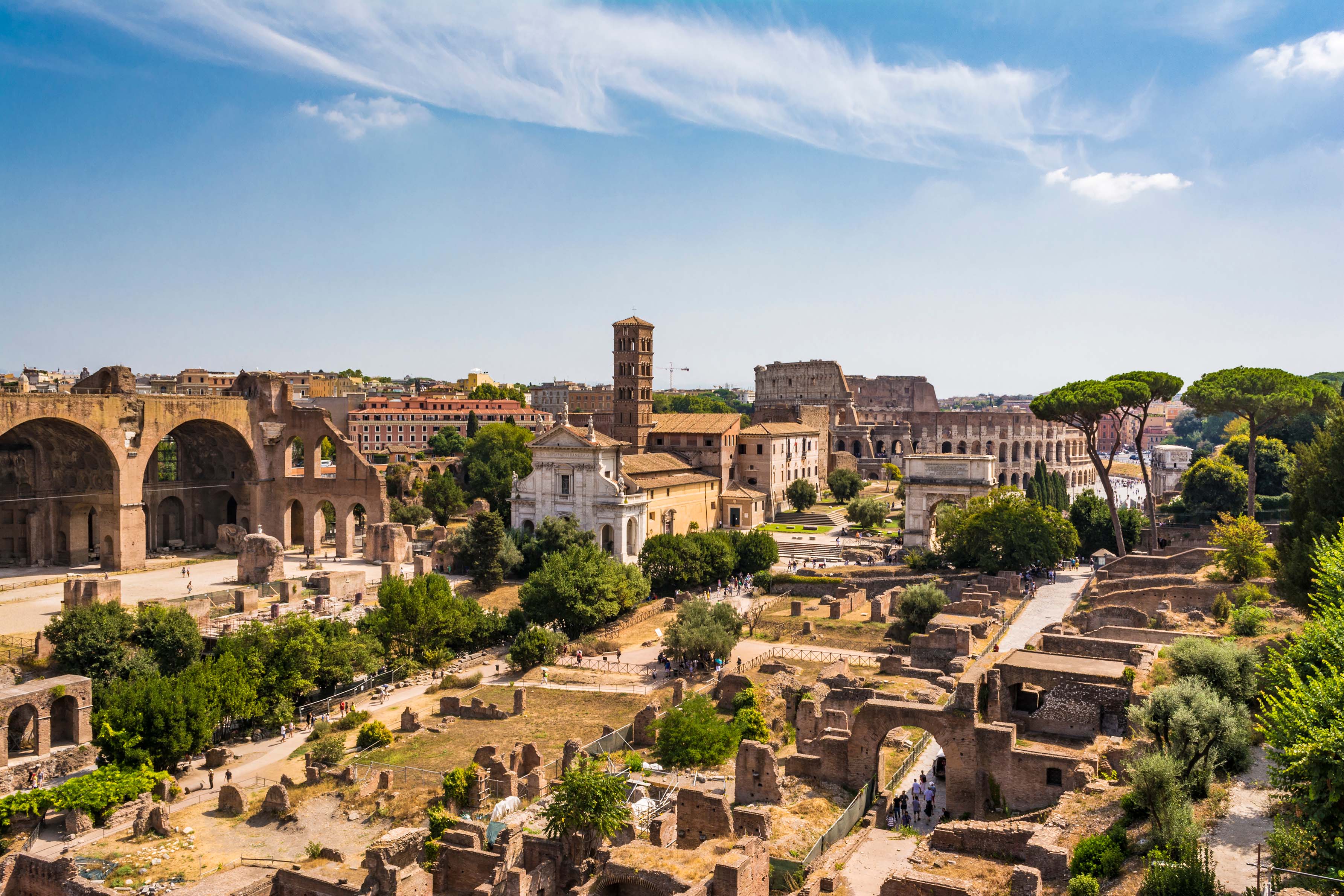 The centremost of Rome's Seven Hills, Palatine Hill is said to house the cave where Luperca the she-wolf took care of Romulus and Regus, where the former founded Rome. Between 509 BC – 44 BC, many upper-class Romans built their residences in Palatine Hill, the remains of which are still preserved, and can be seen here. Palatine hill stands nearly 40m above Roman Forum, which means you can get brilliant views of the monument from here. 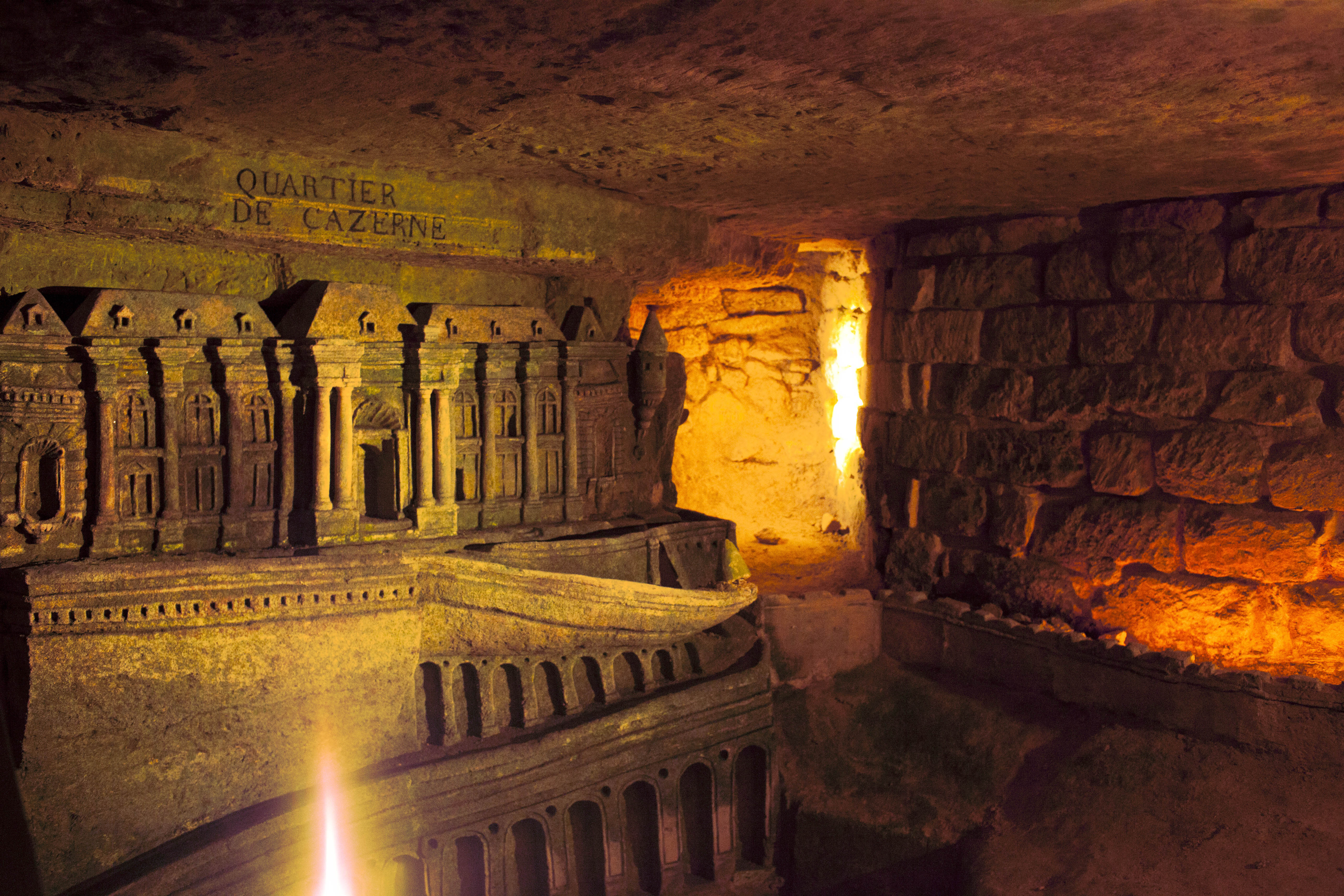 Peel off the many layers of Rome as you go underground to discover the ancient city. This unique Roman Catacombs tour showcases how the Eternal city developed through the ages and how many historic sites can be found below some of the historic sites. Some of the popular catacombs include the Catacombs of Domitilla and the Catacomb of Santa Priscilla. Some tours are paired in such a way that not only will you see the Catacombs, but also the Basilica San Clemente, a Roman Catholic minor basilica dedicated to Pope Clement I. 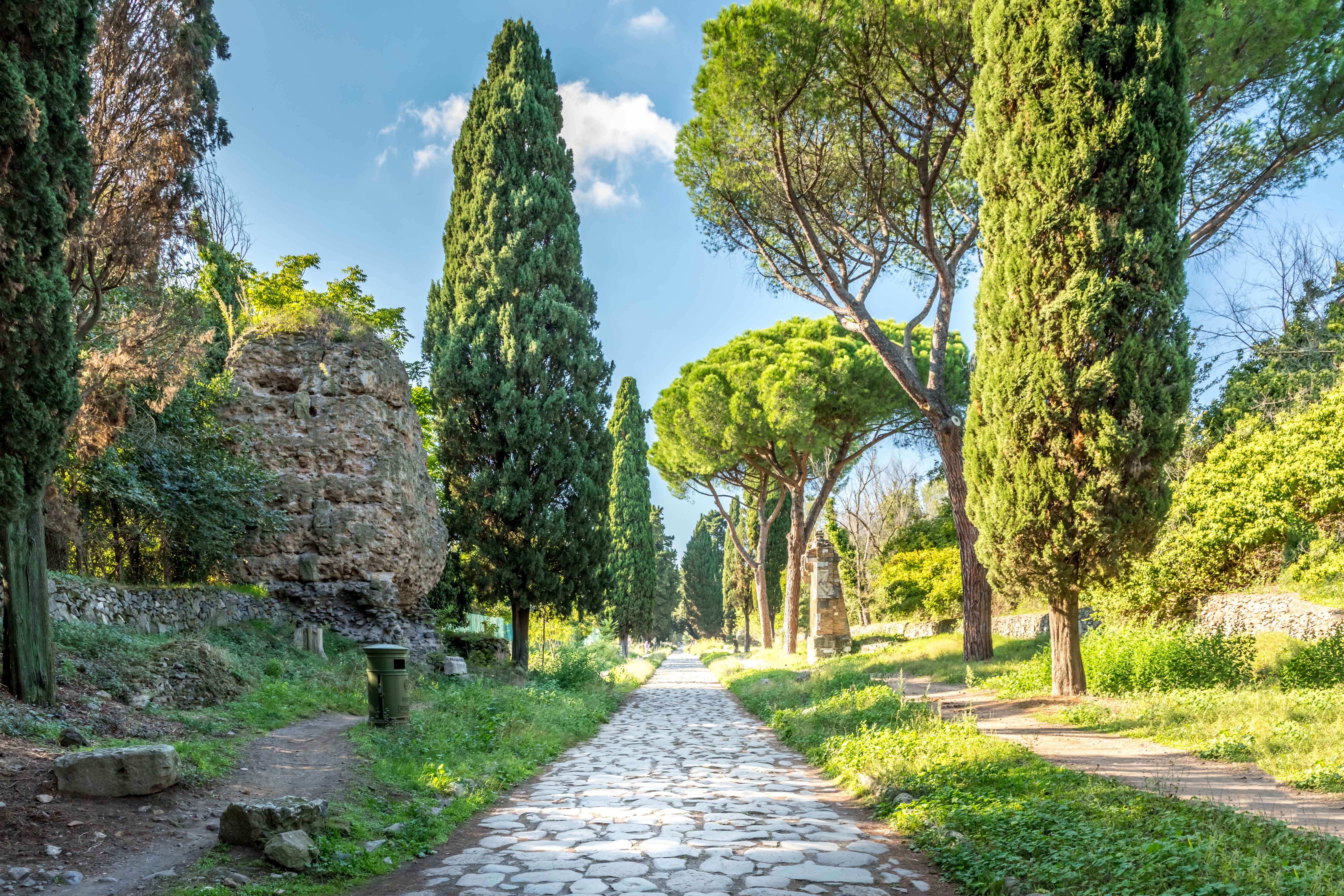 Built in 312 BC, the Appian Way is considered one of the most strategically important roads of Ancient Rome, which connected Rome to Brindisi, in southern Italy. Rightly called "Queen of the Roads", the road was first built for military purposes during the Samnite Wars. One of the oldest roads in the world, the Appian Way is still preserved in stellar condition, and now, you too can walk the same path as Julius Caesar! The best place to see the Appian Way is at the Appia Antica Regional Park, through which it runs. 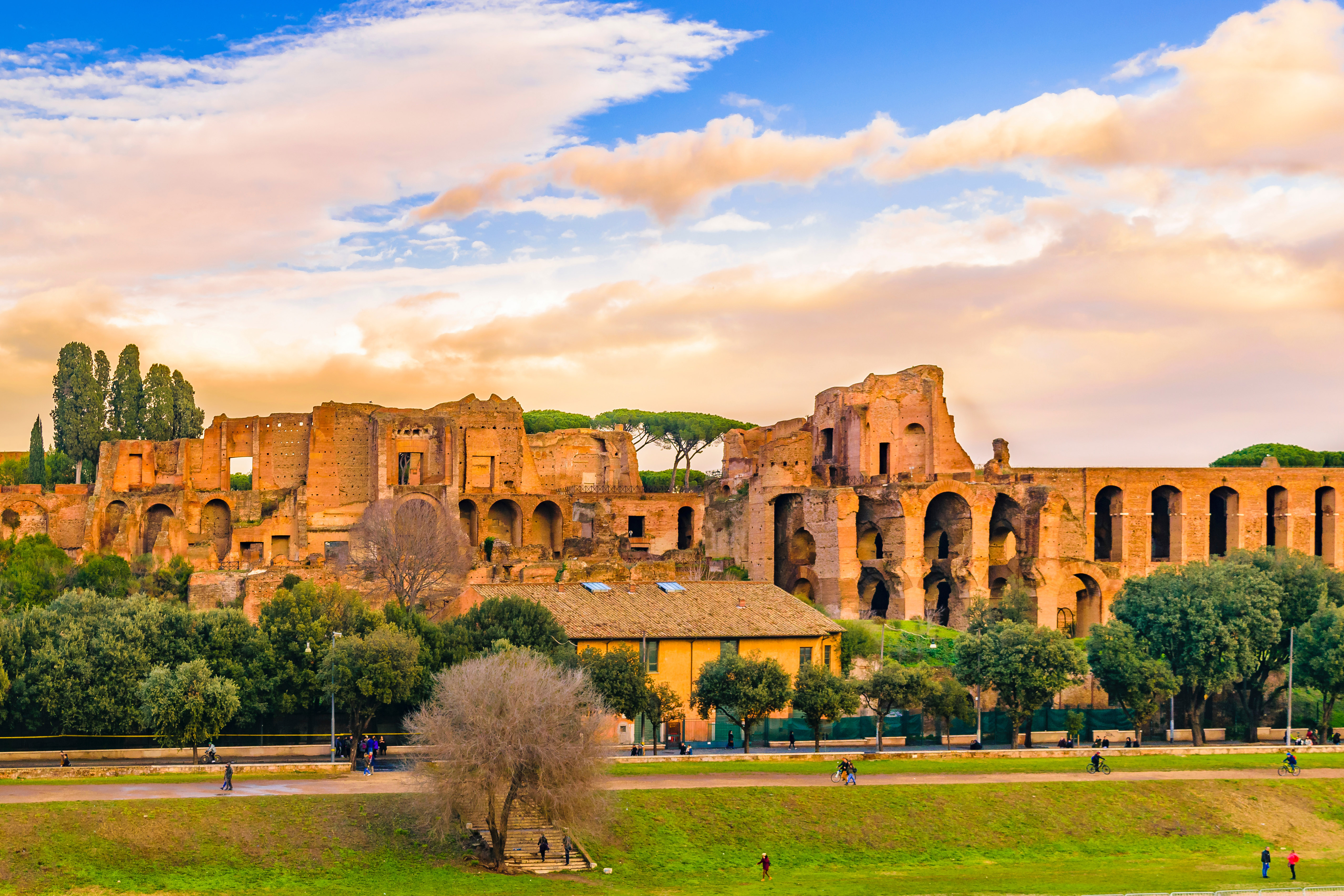 Constructed in the 6th century during the reign of Tarquinius Priscus, the fifth king of Rome, Circus Maximus was once a chariot racing stadium. Today, it is a public park that is occasionally used for concerts, but it was once the centre for public games in Rome. As time passed, the Circus Maximus also started to host gladiator shows and religious processions. The chariot races held here were highly popular amongst the Romans, who bet on one of the four factions that participated in the races. The last race to be held at Circus Maximus was in 549 AD, nearly a millennium after the first ever race that was held here. 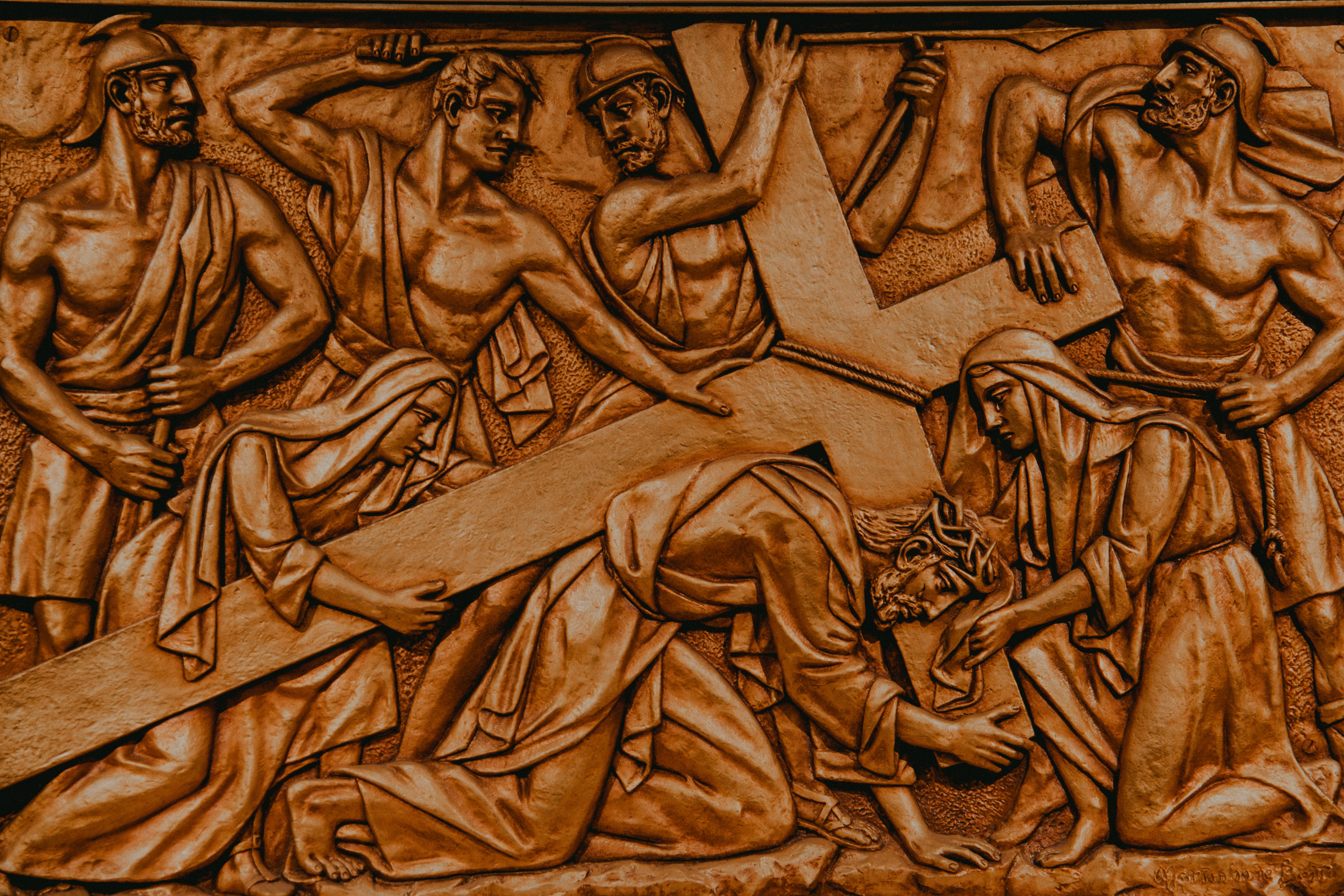 Why are ruins called ruins?

Ruins are called ruins because they are the remains of something that was once whole. Ruins can be a physical reminder of the past and can tell us a lot about a civilization or culture, like how the ruins in Rome tell us about ancient Roman civilisation.

How many tourists visit the Colosseum each year?

According to recent estimates, around six million tourists visit the Colosseum each year. The majority of these visitors are from Italy or other European countries.

What time does the Colosseum close each day?

The Colosseum is open every day except Christmas Day and New Year's Day. Closing times vary depending on the time of year, but generally the last entry is one hour before sunset.

Are there any ruins in Rome that are free to visit?

There are plenty of ruins in Rome that can be visited for free, including the Roman Forum and the Palatine Hill.

Is it better to buy tickets in advance for visiting the ruins in Rome?

It is generally advisable to buy tickets for the ruins in Rome in advance, as queues can be very long during peak season. Tickets can be purchased online with Headout for a seamless booking experience!

Other top experiences in Rome

Rome has tons of other attractions you can visit after your trip to the ancient ruins. Here are some other attractions that are now open to the public that cannot be missed! Check out more things to do in Rome.

Save €6 on your first booking with Headout when you use promo code 'GOROME'!