One of the most iconic attractions in Rome is a landmark known as the Pantheon. What makes the Pantheon so special, you ask? Well, it's still standing today - mostly intact - after what's been almost 2,000 years and is rightly called the best-preserved Roman Monument.

Let's not forget the Oculus, better known as the 'Eye of the Pantheon'

Read on to know everything there is to this landmark:

Roman Pantheon in a Nutshell

Best time to visit - The best time to visit the attraction is between 11 am to 1 pm, to see the sunlight streaming through the Oculus.
Starting Prices for Roman Pantheon Tickets - €5
Suggested duration 1-2 hours
Location - Rome, Italy

This iconic landmark was initially built in 27 AD by Marcus Agrippa to celebrate the victory of his father-in-law, emperor Augustus. After the building burnt down because of reasons unknown in AD 80, emperor Hadrian rebuilt the structure as a temple dedicated to all the gods of pagan Rome. Yep you read that right.

This, was 2000 years ago, since then, the landmark is one of the most well-preserved structures in world, let alone Rome, and we're in awe.

Which Roman Pantheon Tickets Should You Buy?

Since the Pantheon is a popular choice among tourists and locals alike, as it should be - it IS the perfect way to dive into history (irrespective of the fact if history is your jam or not), and explore a world that we know very little about.

Hence, long waiting lines are natural. Here are some Roman Pantheon Tickets you can buy, so you can save time and dime:

Getting to the Pantheon

In a day, the best time to visit the Pantheon is early morning, because that's when you'll bump into the least crowds. Although, for the best views and photo-ops, it is suggested that you visit between 11 am and 1 pm, as the sunlight streams in through the Oculus.

In a year, visiting Rome, and especially this attraction between September to March, allows you to enjoy the weather, which might be useful when you're exploring the attraction.

Top Things to Do at Roman Pantheon

The Pantheon is known for the artwork it has on display, and it does not disappoint. At the Roman Pantheon, you can find several stucco reliefs which depict scenes from mythology and the Bible. There's also a fresco that depicts the Coronation of the Virgin, a sculpture of St Anne and the Blessed Virgin, along with several paintings by Francesco Cozza. Talk about by Carlo Monaldi and frescos by Melozzo da Forli.

If you hear someone mention the Roman Pantheon, you know that they're going to mention the dome. Why, you ask? Well, this dome is quite literally the world's largest unreinforced solid dome. It is made of three domes, all of them placed one within the other, and is entirely constructed of stone. It's because of this very dome that for centuries, people had only one question...how do the romans design their domes?

The entrance to the Roman Pantheon is a majestic sight. The massive stone arches seem to dwarf everything around them, and immediately induce a sense of awe within the visitors. Sixteen monolithic columns spread across 33 meters stand at the entrance of the attraction. Seeing just this is enough to let you know that you're in for a ride that'll leave you stumped.

Attractions near the Roman Pantheon

The most famous castle in Rome, Castel Sant'Angelo is a must-visit. With sculptures made by masters such as Bernini and Morelli, this castle is sure to leave you in awe, and knock your socks off!

St. Peter's Basilica is that one structure that represents Rome and Christianity insanely well. In fact, a visit to the Vatican City where you've not visited this marvel - would be considered incomplete. Sorry, we don't make the rules!

The Sistine Chapel has to be one of the most revered attractions in the world, let alone Vatican City. This place holds massive religious significance, and what's more - is the place where popes are crowned! To gain an insight into Roman beliefs, this chapel is a must-visit.

If you're looking for one attraction that's synonymous with Rome, it's the Colosseum - hands down! A building that's stood the testament of time and several disasters, is definitelt worth a visit. Or two.

Often known as a defining part of Rome's art and history, the Borghese Gallery is your one-stop-shop to learn as much as you can about Roman art and culture in one go. Famous for hosting artworks by maestros such as Caravaggio, Raphael, Titian, Bernini, and Canova, among others - the Borghese Gallery is definitely worth a visit.

1. To access any and every place of culture in Italy, you need to have a valid green pass.

2. If you plan to visit the Pantheon on a Saturday or during the holidays, ensure that you book your tickets in advance.

3. Because the Pantheon is also a church, visitors are expected to dress modestly. While absolutely formal attire is not a must, make sure that your knees, shoulders and midriff is covered.

4. You cannot drink, eat or smoke inside the Roman Pantheon.

Here are some top restaurants which are located near the landmark, that you must add to your plan for the day!

When in Italy...eat as many gelatos as you can, and Gelateria Mastro Cono al Pantheon, is JUST the place for that. Popularly known for gelato that can make everyone's day, and a selection that'll leave you weak in the knees...well, what are you waiting for?

Bistrot Tabaccheria Di Rienzo al Pantheon, is your gateway to a perfect lunch in Rome. Widely known for its pasta, interiors, and service - this restaurant is sure to leave your taste buds in awe for a long, long time.

Cantina e Cucina is your one-stop-shop for the best pizzas, charcuterie boards, and mouth-watering appetizers. Perfect for a family sit-down meal, this place is sure to leave your heart longing for more.

Everyone who has been here, has termed this place as their favourite. With great food, views and an amazing outdoor area...who wouldn't call this their go-to spot? Grazia & Graziella is where you should be going, for the time of your lives.

For everyone who prefers gluten-free food, Mamà Ristobistrot is the solution. Very well recommended by locals and tourists alike, this place will take care of all your pasta needs, to the best-of their abilities.

Hotels near the Roman Pantheon

Although a day's trip is enough to see everything there is at the Pantheon, it's never enough for Rome. And honestly, who doesn't love a vacation?!

If seeing every attraction in Rome is your idea of a perfect vacation, Hotel Veneto Palace is your hotel of choice. Located right in the heart of the city, this hotel will help you save up on your travel time, and keep adding attractions + experiences to your itinerary. What's more, is that the hotel has been renovated with 19th century-ish interiors, and this will certainly help you get right in the feels for a roman vacation.

Known for its ideal location and great views, Charme & Chic Luxury, is a hotel widely known for the same. For comfy stays at a hotel that saves time and dime? Sign us up right now!

We're providing you with a list of hotels to choose from that are located extremely close to major attractions. This hotel is another one of those. For luxury, efficiency, and the good times in life, stay here! Oh, and don't forget the easy commute it provides. The hotel is conveniently located near major stations to provide easy access.

What was the Roman Pantheon used for?

Traditionally, the Pantheon was thought to be designed as a temple for all Roman Gods. Today, after multiple rebuilds and refurbishes, the landmark is also used as a church.

What are the different ways to reach the Roman Pantheon?

You can reach the attraction via car, bus, or metro. Talk about ease of accessibility.

Who made the Roman Pantheon?

How soon do I need to book my tickets before visiting the Pantheon?

Since the landmark is a popular spot, for locals and tourists alike, it's advisable to book your tickets at least 3 days in advance to ensure you get the smoothest experience.

Why does the Pantheon have a hole in the roof?

At the highest point of the dome, that is the all-famous Oculus, aka the nine-metre-wide circular hole in the roof, actually saves crucial weight at the dome's most vulnerable point. 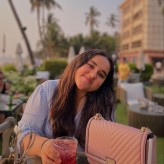 Palaq hates referring to anybody, forget herself, in the third person, but oh well - here we are. She's supposedly obsessed with writing and reading, although the books on her shelf would say otherwise. She's in love with Formula 1, and has made it her life's mission to get as many people interested in it as she can. Hit her up for a conversation about the sport, anytime, anywhere. Oh, she'd also say her Twitter is probably the best way to get to know her - if she didn't retweet as much as she does (it's a real problem)