Barcelona has a special charm during Christmas. The streets are adorned with lights and numerous Christmas markets pop up around the city, giving it a special buzz. Recently, an ice rink was added to the commercial center of La Farga, making it a popular spot for locals and visitors from around the world.

The Catalan capital has a lot to offer on Christmas Day, and despite the colder weather, it makes for the perfect Christmas holiday!

7 ways to do spend Christmas in Barcelona

Here’s what you can do on Christmas in Barcelona to make your day memorable:

Shop at the Christmas Market Barcelona

A large part of the Christmas charm in Barcelona is brought by the Christmas markets. The most impressive of these is the Fira de Santa Llucia, which is held in the cathedral square. This is the oldest Christmas fair in Barcelona and has been held here since 1786. The other popular market is the Fira de Nadal de la Sagrada Familia, which is held right at the entrance to the Sagrada Familia.

Catch a glimpse of the Barcelona Christmas decorations 2021 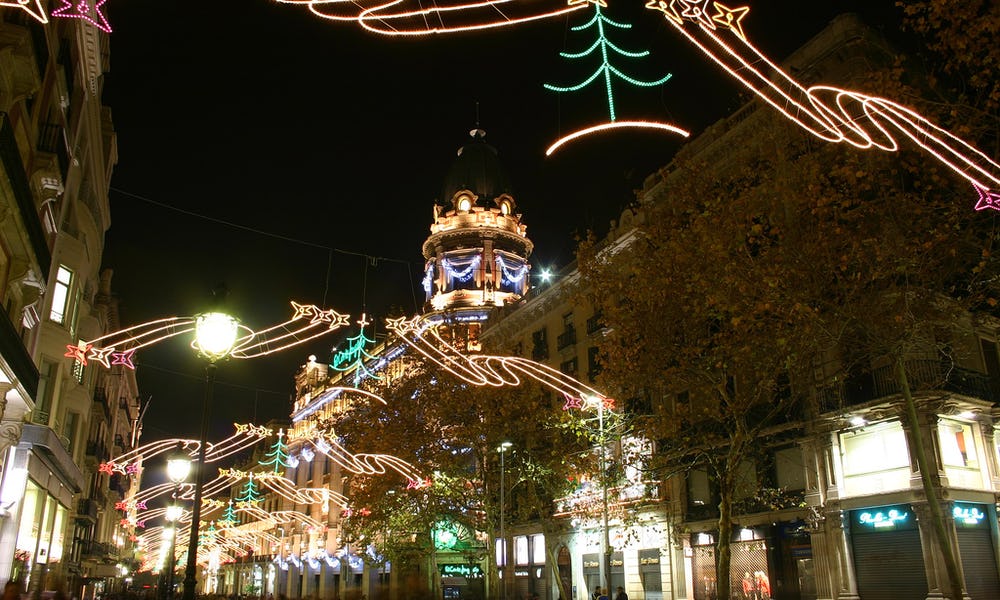 Barcelona is famous for its Christmas lights, called Els Illums de Nadal. They are switched on at the end of November and stay on until the 6th of January. These lights are switched on at 400 different locations in the city and cover an astonishing 100 kilometers in distance.

The Montjuic Magic Fountain is another highlight of Christmas and features a special display in December from 8 to 9 PM on Fridays and Saturdays.

A Christmas tree is also present in the gothic area of Placa de Sant Jaume, which is a popular spot for the locals and guests to gather on Christmas. 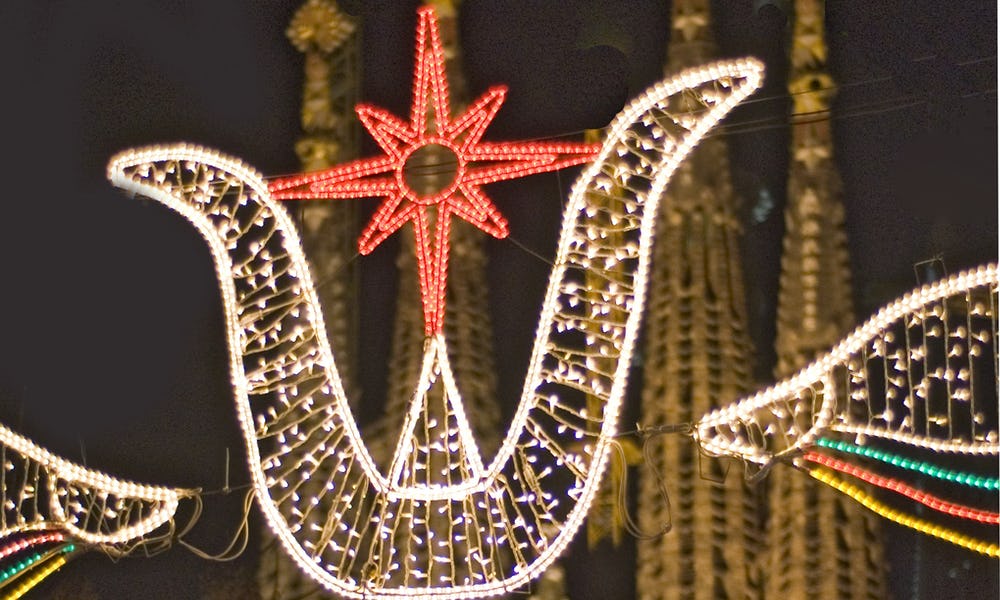 Midnight Mass ReligiousTop 5 things to do in Barcelona

During Christmas, the various sculptures of the Sagrada Familia facade will be lit up and a musical narration will take place. The show will last approximately 15 minutes and will take place a few times in the evening.

The show is free, and although the capacity of the grounds is limited, it can be seen easily from the street.

On Christmas Eve, the Sagrada Familia holds the Midnight Mass, a ceremony that celebrates the birth of Christ. The ceremony begins at 7:00 PM, and attending mass is free, although capacity is limited. 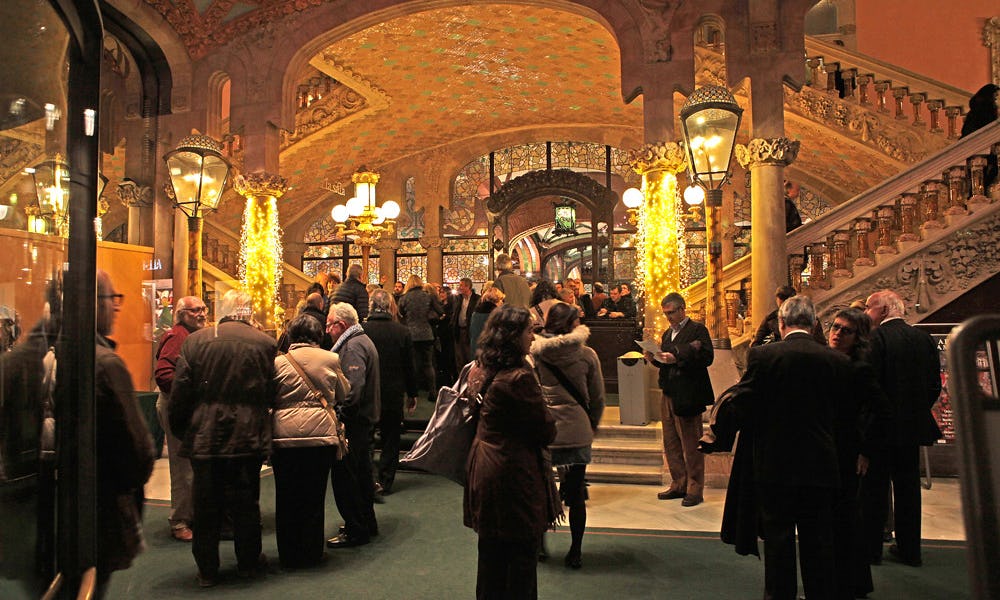 Several classical concerts take place at the Palau De La Musica concert hall. This year, on Christmas day, Tchaikovsky’s Nutcracker will be played by the Orquestra Simonfica del Valles. Tuben Gimeno is the conductor for the show, with Jordi Brau as the narrator.

Catch a Flamenco Show to celebrate Christmas the Catalonian way 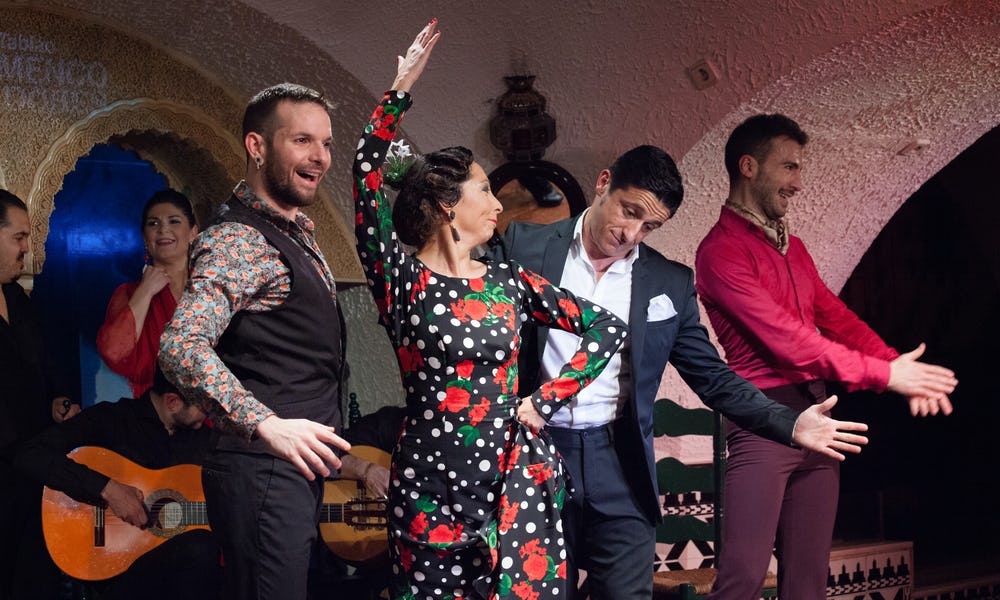 What better way to celebrate Christmas than with flamenco singing and dancing! Flamenco, with its passionate cantes, gypsy guitars and flamboyant dresses and castanets – is the first thing that springs to mind when one thinks of Spanish culture. Pair this captivating show with a typical drink of the region - Sangría or Cava and you have yourself a traditional way to celebrate Christmas with a genre exudes art and passion.

Read all about the best Flamenco shows in Barcelona 2021. 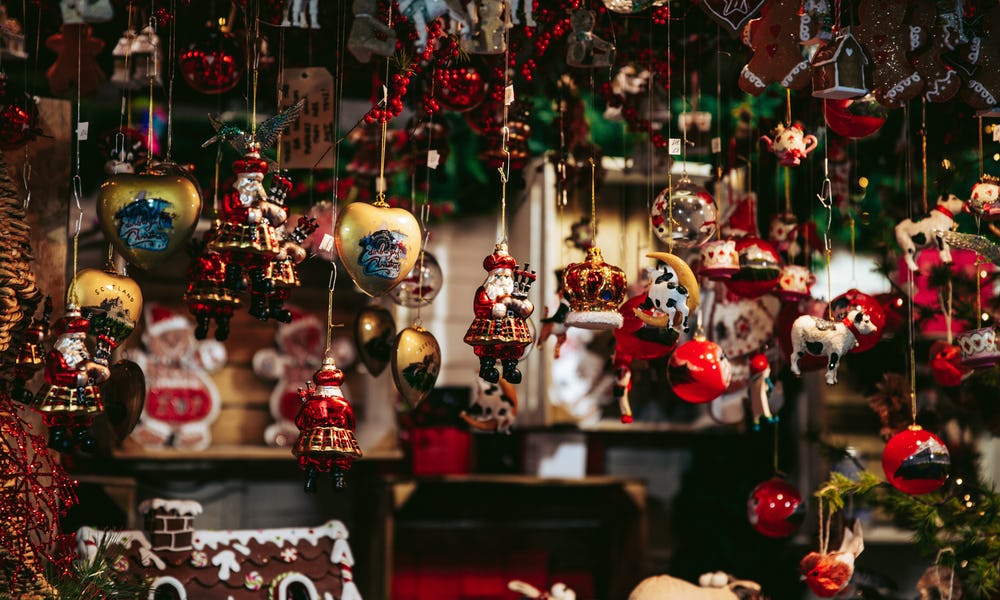 If you like celebrating Christmas like the locals, head to Poble Espanyol for a true Catalonian Christmas. You'll find here all things christmas - the excitement, the good wishes, the festivities, caroling, Christmasy decor and more! Walk through 24 Christmas themed spaces related to characters, traditions and typical Christmas scenes. Children will be able to personally hand in their Christmas letters at Santa's Grotto (until 23 December) or in that of Their Majesties the Three Wise Men (from 26 December). Expect live music by gospel and swing groups to spread the Christmas spirit, acrobatic dances, theater and magic -an emblematic space brimming with family-friendly activities in Barcelona. 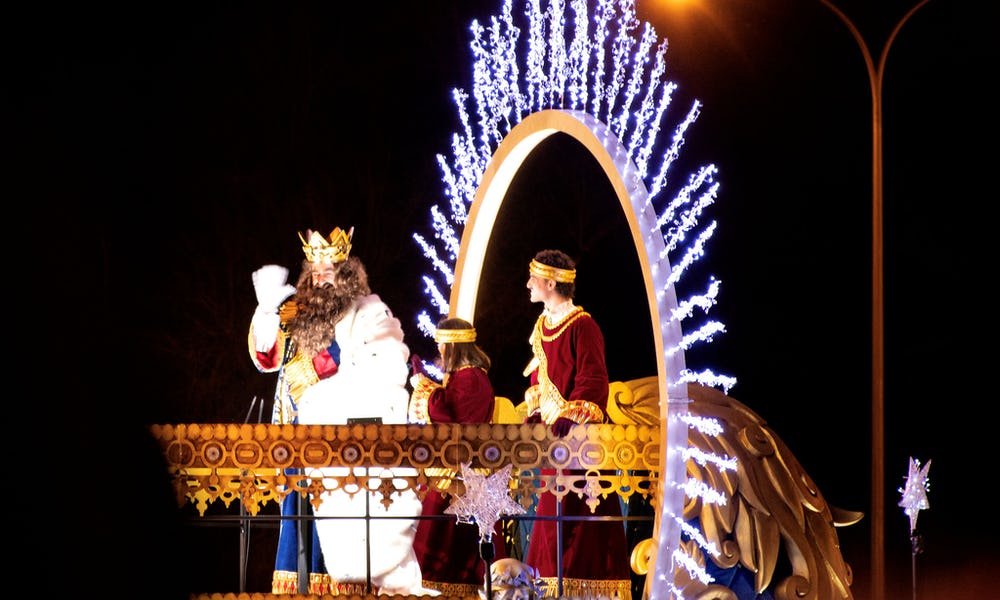 Die de Reyes is celebrated on 6 January 2022 to honor the Three Wise Men. If you're staying in Barcelona until January, make sure to attend this Catalonian festival (even bigger than Christmas!) It is one of the most celebrated festivals in Barcelona and the rest of Spain. Children are at the center of attention on this day, with The Three Wise Men bringing gifts for the whole family.

The Three Kings Parade takes place in the center of the city, where The Three Kings parade through the streets in regal clothing and throw sweets and gifts to children. You don’t need tickets to take part in the festival. The starting point is Port Vell and the procession starts at 6 PM.

Tips on how to spend Christmas in Barcelona

Is Christmas a good time to visit Barcelona?

Christmas is a good time to visit Barcelona, as long as you aren’t looking for snow. The colorful street decorations and bustling Christmas markets make it a great place to visit during Christmas.

Is Barcelona good at Christmas?

Get dazzled by the Christmas light displays in London. You can also explore the streets by shopping for gifts from various Christmas markets. Also, apart from the iconic landmarks in London, don’t miss to admire the mistletoe chandelier at Covent Garden and much more.

What is there to do in Barcelona at Christmas?

You can enjoy flamenco shows, wine tours, day trips, and treks, and admire masterpieces by Dali, Picasso, and Gaudi in Barcelona at Christmas.

Is everything closed in Barcelona on Christmas?

Most markets, restaurants, and stores are open on Christmas and are ready to welcome guests and visitors. Museums and tourist attractions such as Parc Guell and Sagrada Familia are closed on Christmas Day.

Does Barcelona have a Christmas market?

What is open on Christmas in Barcelona?

The official tourist sights and museums will be closed to the public on Christmas Day. Most markets, restaurants, and stores are open on Christmas and are ready to welcome guests and visitors.