It's time to holiday with Headout
Flat 8% OFF on all Headout experiences this holiday season!
Use Code
*coupon valid for the next 24 hours only.
About The Theatre
Seating Plan
Don Quixote

The Garrick Theatre will soon play host to the West End adaptation of Miguel de Cervantes’ magnum opus, ‘Don Quixote’, often called one of the “greatest literary works ever written”. Following the show’s immensely successful run at the Swan Theatre in Stratford-upon-Avon back in 2016, this legendary comic production by the Royal Shakespeare Company is back to entertain the crowds once again.

Starring David Threlfall and Rufus Hound, directed by Angus Jackson with music by Grant Olding and lighting by Mark Henderson, this exuberant, lively and highly entertaining production is definitely something you do not want to miss this winter! The following guide will help you get all the relevant information about the show and performances, and will also help you find the cheapest available tickets for Don Quixote. So read on!

‘Don Quixote’ is loosely based on the book by Miguel de Cervantes, titled ‘The Ingenious Nobleman Sir Quixote of La Mancha’. This book is considered to be one of the most influential works of literature from the Spanish Golden Age and one of the foundations of modern literature. The show follows the story of a travelling knight and his loyal squire, who together go on a number of absurd and calamitous adventures across medieval Spain.

The production by the Royal Shakespeare Company first appeared on stage in 2016, marking the 400th anniversary of Cervantes’ death. Nearly every show during this run was sold out, and audiences along with critics were hugely impressed with the performances. With a boisterous cast, live musicians and expert direction, this hilarious and energetic adaptation of the legendary novel is bound to take West End by storm.

‘Don Quixote’ tells the story of an eccentric, old knight, who after reading a number of stories on chivalry and romance, decides to become a knight-errant (or wandering knight) and wander the country in search for adventure. He is joined by his earthy and illiterate squire, Sancho Panza , and together the two travel across medieval Spain, embarking on a bunch of hilarious and woeful escapades.

They defend the poor and vanquish the wicked, all the while losing their grip on reality and the world around them. Armed just with a lance, sword and strong will, Don Quixote, with each new adventure, seems to go further and further away from the romantic and chivalrous ideals of his precious books. 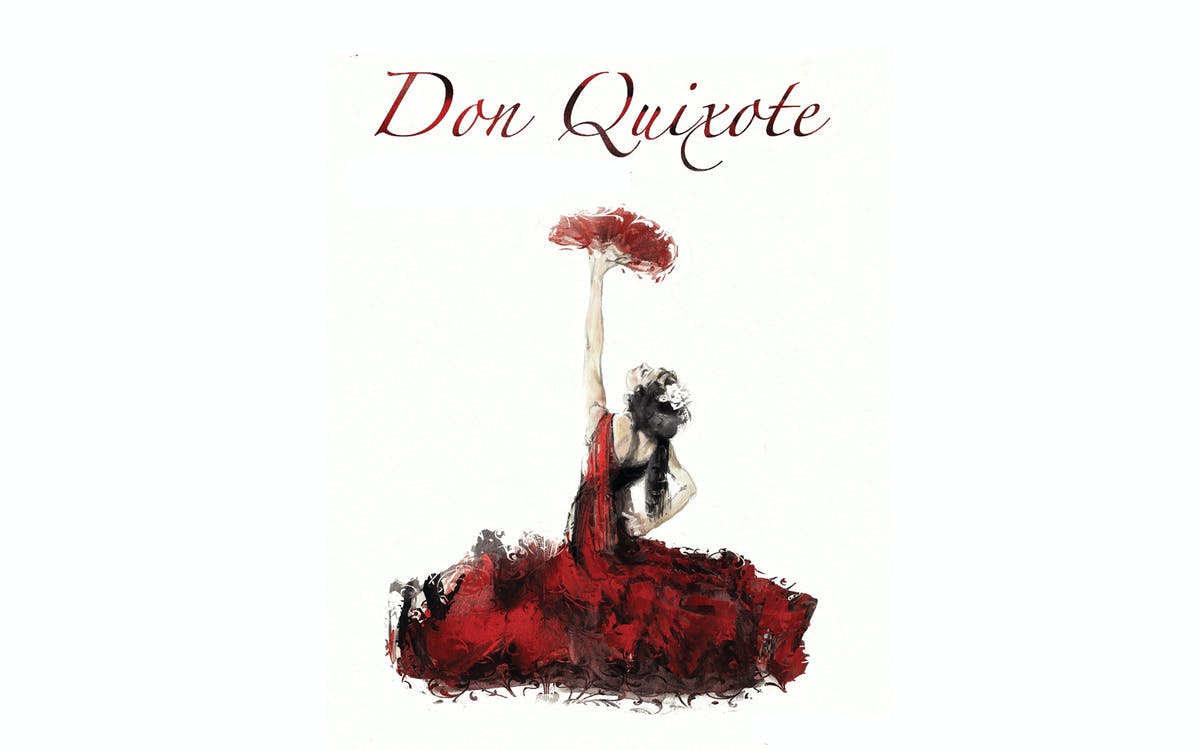 Use promo code WE10 and save £10 on Don Quixote London tickets.

Duration
2 hours and 45 minutes, including 1 intermission

Audience
Recommended for ages 8 and above.

Seating
The Garrick Theatre has a seating capacity of 718.

Looking out for discount on Don Quixote London tickets !

Have a look at the real-time seat availability and prices of different sections for Don Quixote London. In the interactive seat-map, select the date that you would like to watch the show and check out the seats available for that day. You can filter the seats as per your desired price range and purchase tickets directly.

Use promo code WE10 and save £10 on Don Quixote London tickets.

As mentioned earlier, ‘Don Quixote’ first appeared on stage in 2016 at the Swan Theatre in Stratford-upon-Avon, and it was a raging hit. Selling out almost every show, the production was lauded by audiences and critics alike, with special praise for the performances by David Threlfall and Rufus Hound. It is safe to say that if this run (October 27th 2018 to February 2nd 2019) in the Garrick Theatre is anything like the stint in 2016, viewers will not be disappointed.

“David Threlfall is gangly and doggedly adventurous, achieving an effortless, improvisatory quality, with a lightness of touch. Rufus Hound delivers a warm portrayal of the wily yet infectiously loyal servant-squire Sancho Panza.”
– The Stage

Apart from getting tickets for Don Quixote online, there are other ways to obtain West End tickets for cheap, such as:

Day Seats are discounted tickets that are available for purchase, and are to be used, on the same day at the theatre. Please note that the availability of tickets is based on the discretion of the Garrick Theatre Box Office, and may not be available for all shows.

Day Seats at Garrick Theatre are currently unavailable for purchase.

Q: What time should I arrive at Garrick Theatre?
A: Doors open 45 minutes before show time. We recommend arriving at least 30 minutes before curtain.

Q: Is there a possibility that I will get partial view seating if I purchase discounted Don Quixote London tickets?
A: When booking with Headout, you will get to select your specific seats, thus, ensuring you do not get stuck with partial view. However, if you opt to try and win lottery tickets, or purchase day seats, your seats will be allocated at the discretion of the Box Office, which can potentially mean partial view seating or split seats.