Things to do in London Sea Life London Aquarium Tickets

Considered to be one of the top cities in the world for tourists, London draws around 20 million tourists every year owing to its dazzling blend of history and modernity. It houses a good number of attractions that are worth checking out including The Tower of London, Buckingham Palace, Westminster Abbey, The Tower Bridge, Madame Tussauds, The Shard, and many more. A relatively newer attraction in the city (just over a couple of decades old) is Sea Life London Aquarium. This is your chance to get up close with the marine life like never before when you’re in the city. Spread over 3 floors, check out several aquatic species such as seahorses, pipefishes, sea dragons, luminous jellyfish, and even anthropomorphic penguins with an opportunity to feed them too. Also, learn how you can do your bit to conserve 75% of the world’s coral reefs that are often under human threat. In this guide, we will discuss how you can purchase Sea Life London Aquarium tickets online, the different creature zones at the aquarium, and other essential information. 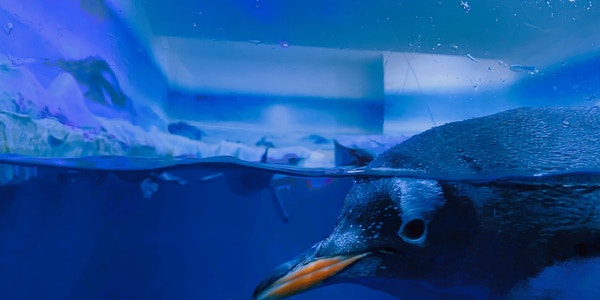 While the aquarium was officially opened in March 1997 and attracted plenty of visitors in its first decade of operation, it gained greater prominence in 2005 when it displayed three robotic fish designed and created by the department of computer science at the University of Essex. Merlin Entertainments bought the attraction in April 2008 and was closed for refurbishment works costing £5 million. When it reopened exactly a year later in April 2009, the additions included a brand new underwater tunnel, a renovated Pacific Ocean tank (and a total reroute of the exhibit), and Shark Walk, all of which were accomplished under the watchful supervision of architects Kay Elliott. Also, the attraction became a Sea Life Centre at the time of its reopening.

The month of May in 2011 saw the opening of a new penguin exhibit, with 10 gentoo penguins having been transferred from the Edinburgh Zoo. The aquarium took up a different location in County Hall in 2015, when Shrek’s Adventure London was opened.

Commence your visit by walking over glass windows offering brilliant views into the aquarium’s Pacific display. Marvel at one of the ocean’s most majestic creatures as they pass by right underneath your feet. You’ll be able to spot the Sand Tiger Shark which looks ferocious but, in fact, isn’t dangerous to humans, the Nurse Shark with a funny moustache full of taste-buds, and Lesser Spotted Dogfish which are opportunistic predators about 80cm in length.

Get a good look at the creatures that reside in the coastlines around the world. You’ll certainly come across the sparkling silver shoal of sand eels and the Common Octopus, said to be a smarter relative of the snail. In one of the shallow Atlantic zones, you’ll get to a lagoon that is populated by stunning Rays. Watch these graceful creatures swim by and observe their features such as gills and mouth. If you’ve got an eye for detail, you may even spot a Ray’s egg hidden in the seabed.

If your bucket-list includes stroking a Starfish or tickling a Sea Anemone, you’ve arrived at the right spot. Experts at the aquarium will guide you through this experience which lets you learn more about the sea creatures’ intriguing micro-habitats. Rockpools are essentially created from water left behind when the tides go out. The creatures that inhabit these shallow pools include Starfish which are bloodless and can regrow their arms if bitten away by a predator, Sea Anemone which is colorful by looks and closely related to the jellyfish family, and Crabs which are known for their armour-like external skeletons.

The Open Oceans section is where you can see plenty of tropical fish such as Triggerfish, Purple Tangs, Snappers, to mention a few. The Ocean Tunnel lets you take a stroll under the sea with spectacular views of marine life. Green Sea Turtles are a common sight when you’re in the Ocean Tunnel. If observing sharks is your thing, then the Ship Wreck zone is your best bet. Watch many sharks whizz by, including the section’s favorite attraction - a Bowmouth Guitarfish called Betty which is half-shark and half-ray.

This newly opened section lets you dive straight into the habitat of U.K’s largest living coral reef along with plenty of cardinalfish, regal tangs, and clownfish for company. The coral reef is truly a spectacle of colours and even transitions between day and night. Get a first-hand experience of how it feels to be ‘fishy’ as you make your way through the reef just like its residents would.

This is where you get to see seahorses, which are often considered mythical creatures, in all their true glory. Along with seahorses, you’ll also spot Seadragons and pipefish. Watch seahorses slowly feast on tiny shrimp with their narrow snouts and purple-striped seadragons (only when it’s not their breeding period) go past the window. It would also be worth knowing that these are only three species where the males can give birth.

Rainforests of the World

In case you feel like taking a break from the waters, the Rainforest Adventure is a great halt. Here, you get the opportunity to observe various kinds of creepy crawlies, adorable crocs, and anxious critters. Pop-up displays allow you to view the massive Goliath Bird Eating Tarantula. In addition to this, you can spot West African Dwarf Crocodiles and a large colony of leaf-cutter ants and also watch piranhas being fed. This section may not exactly be for the faintest of hearts!

Enter the frozen world of the Antarctic and understand how ‘chill’ the life of Gentoo penguins actually is. As the temperatures keep dropping, you’ll come across even greater discoveries in this frosty landscape. The stars of the section are (for obvious reasons) the colony of Gentoo penguins whose quirky movements will leave you in splits.

It is as important to learn and understand the significance of conserving marine life just as much as watching and observing them in their natural habitats. The Conservation Cove is all about showcasing their efforts put in by the Sea Life Trust to protect and revive endangered aquatic species in addition to offering sustainable seafood guides to make us more responsible consumers.

Step into U.K’s largest jellyfish experience and learn about the captivating world of jellyfish by way of three distinct interactive zones. Zone 1 is where you discover jellyfish and understand their evolution. Zone 2 lets you understand their behavior in detail while Zone 3 is sure to WOW you and apparently cannot be spoiled.

The ice-covered landscapes of the North and South Poles projected in augmented reality are what await at the aquarium’s Polar Adventure. Meet wonderful creatures that are accustomed to these conditions both beneath and over the ice. The list of animals you’ll stumble into during Polar Adventure includes Artie The Polar Bear, friendly seals, Belugas, Spider Crabs, and more. The hurricane machines successfully recreate the feel of being in a polar zone. Note: Timings are subject to change. As Merlin Pass holders we've visited a few sea life centres, and this was certainly a level above the other (admittedly smaller ones) we have been to. Loads to see, including penguins and a section on the Amazon as well as the usual suspects like the chance to stroke starfish. One critique: I do wish Sea Life centres would put all their species placards and descriptions in static writing around the tanks rather than on tv/iPad type screens that sometimes change and you have to power read though! We enjoyed this (admittedly we might not have quite as much at full, on the day price) and if you have kids that are into animals or marine life etc, they definitely will do too.

Amazing attraction filled with aquatic life. The best for me was the array of jellyfish. The kids loved walking over the tank and seeing the sharks beneath them. The penguins are a nice addition with one reminding us of ‘happy feet’. Very busy though.

Read more Sea Life London Aquarium reviews on Tripadvisor and learn what other visitors have to say about the attraction.

Other London Attractions In The Vicinity

Looking to explore other nearby attractions? Here are a few detailed guides on a few other attractions in London that are located near Sea Life Aquarium. Check them out and have a great trip to London! 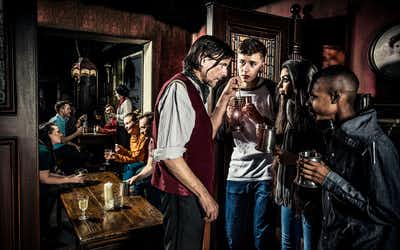 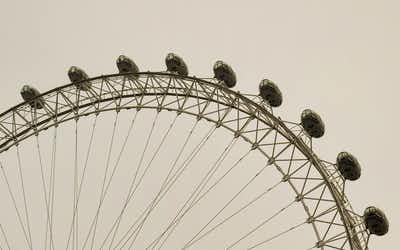 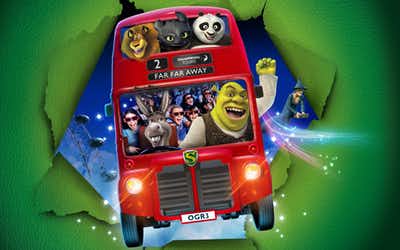 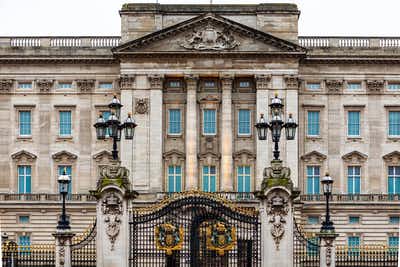 Yes. Sea Life London Aquarium has reopened its doors to the public with many safety and social distancing measures in place to ensure that all visitors have a safe experience.

How much is Sea Life London Aquarium ticket price?

Depending on your choice of ticket, Sea Life London Aquarium ticket price will vary. However, you can expect a standard entry ticket to cost you around £27.

Should I buy Sea Life London Aquarium tickets in advance?

In light of the COVID-19 pandemic, it has been made mandatory to pre-book your Sea Life London Aquarium tickets.

While there are no restaurants at Sea Life London Aquarium, you’ll find vending machines that offer a variety of snacks and beverages.

Can I reach Sea Life London Aquarium by subway?

You can take the subway to Waterloo Underground Station and walk the rest of the way to the aquarium, which is around 5 minutes away.

Are there parking facilities at Sea Life London?

While there are no Sea Life London parking facilities, you can park your vehicle at the nearby Q-Park Westminster Car Park at a 30% discount.

What are the Sea Life London Aquarium opening times?

Setting the Scene: A Guide to the Best London Opera Shows
Top 5 Buckingham Palace Guided Tours 2022
Discovering the Best Kew Gardens Tours in London
7 Unique Museums in London That Should be on Your Itinerary!
5 Days London Itinerary – What To See If You Have 5 Days In London
Kew Gardens London: How to Reach, Timings, and Tips
Insider Guide To Your Weekend in London
All About Visiting Madame Tussauds London – The World’s Best Wax Museum