Things to do in London About Queen’s Theatre

The Queen's Theatre is a popular West End theatre located in Shaftesbury Avenue in Westminster, London. The theatre was a twin to the neighbouring Gielgud Theatre, both of which were designed by W. G. R. Sprague. It was badly damaged in the September of 1940 when a World War II German bomb dropped directly on the building due to which the façade and front of house areas were destroyed. It was another twenty years before the damage was repaired and the theatre reopened. While the auditorium remained untouched, the exterior and foyer were rebuilt with a modern look.

Since April 2004, the theatre has played host to Cameron Mackintosh's production of Les Misérables which transferred after spending 18 years at the nearby Palace Theatre. The musical celebrated its 20th anniversary at the venue on 8 October 2005 and officially overtook Cats as the longest running musical of all time a year later on 8 October 2006.

Now Playing at the Queen's Theatre 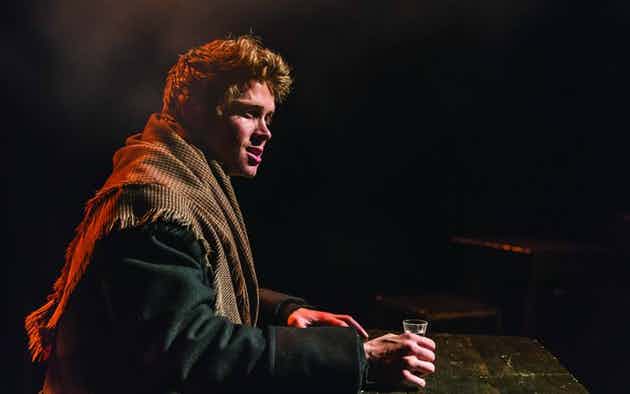 Multi-award winning, smash-hit phenomenon Les Misérables has been stunning the audiences in London with a record-breaking run of 30 years at West End. With decades of stage time across Broadway, Toronto, Europe, Japan, and Australia, Les Misérables is arguably the most successful musical to date, featuring a Tony Award winning score by Alain Boublil and Claude-Michael Schönberg.

London's production of Les Misérables is the world's second longest running musical and has been performed to over 60 million people worldwide. Featuring the songs “I Dreamed A Dream”, “Bring Him Home”, “One Day More”, and “On My Own”, this is one musical masterpiece you cannot afford to miss!

Set in late 19th century France at the time of the French revolution, Les Misérables is the timeless tale of love, loss, retribution, and redemption. The story follows Jean Valjean, a former criminal released from prison, who is trying to shed his ex-convict status and become Mayor, despite being hounded by policeman Javert. Along his way, he meets Fantine, who has turned to prostitution after being fired from working in one of his factories. Upon her deathbed he vows to take care of her daughter Cosette. Soon, Cosette is a grown woman and falls in love with young revolutionary Marius, and Valjean is forced to protect his family. All these plot threads come together spectacularly in the thrilling finale.

2 hours and 50 mins, with 1 intermission

Book Les Misérables tickets and save £7 on your first booking. Use promo code 'GOLDN'!

Assistive Listening System: Infrared system with 12 headsets are available at the foyer kiosk with a valid ID. A £5 returnable deposit is required for the hire of the headsets. Please contact the theatre prior to booking.

Cloakroom: The Queen's Theatre has a cloakroom in which large bags and pushchairs can be checked.

Guide Dogs: Assistance dogs are allowed inside the auditorium, but the production does use loud sound effects (including gunshots). If your dog might be upset by this, the Theatre Management team can look after them during the show.

Toilets: Toilets are available on all levels including Foyer, Stalls, Dress Circle, and Upper Circle. An adapted toilet is available in the foyer via a ramped corridor. Please ask a member of staff for assistance.

Make your West End experience extra special with our hand-picked selection of the best restaurants near Queen's Theater London.

1. Bella Italia: This bubbly chain venue is perfect for Italian pasta, pizza and grill dishes, with a special children's menu.

Where is Queen's Theatre, London located?

What is the seating capacity of Queen's Theatre, London?

The Queen's Theatre has a ramp for street level access and a push-button automatic door. A lift from the foyer enables access to the Gallery Café but in order to gain access to the Dress Circle you will additionally need to negotiate a few steps.

What are the facilities available at Queen's Theatre, London?

There is a bar and café and an accessible toilet (this has a baby-change facility).There is a cloakroom available on-site.

Which is the nearest tube station to Queen's Theatre, London?