The A-Z West End Guide: Things to Do, Getting There & more!

‘Shop, eat, drink, and be merry’, could very well be the slogan for the tourism of West End London. West End is not defined by a municipal boundary, but is essentially a collective name for some of the most happening districts of London. Located in central London, the area has the highest entertainment venues in the city including Theatreland, which has more than 40 theatres. It also has shopping avenues, restaurants, government buildings, museums, and more.

The West End includes the districts of Covent Garden, Soho, Leicester Square, Trafalgar Square and the popular streets like Oxford Street, Regent Street, and Bond Street. Every London vacation itinerary must have a day spent visiting the West End attractions!

Guide to Things to Do in West End

Theatres to Check Out in West End

From riveting dramas to hilarious comedies, the West End Theatres offer the best live stage entertainment east of the Atlantic. Comparable to Broadway in New York, the West End Area is famous as the theatre district of London. The area has more than 40 theatres including legendary ones like the Queen’s Theatre, Lyceum Theatre, Shaftesbury Theatre, Piccadilly Theatre, and Savoy Theatre.

The theatres showcase an array of productions including musicals, plays, and pantomimes. Watching a show at one of these theatres often features among the top things to do in West End London. The productions are high quality with fantastic actors and an ensemble of skilled singers, dancers and musicians. A West End show is a spectacular sight, especially musicals with the hi-tech stage props and incredible costumes.

There is a theatre show for every person in the West End. The classic lovers can choose from The Mousetrap which has been running since 1952, or The Phantom of the Opera or The Woman in Black. Families with children love watching The Lion King, Wicked, Aladdin, Matilda and School of Rock. Shows like Kinky Boots, Motown the Musical, and Mamma Mia, are perfect for the date night. Lastly, anyone can sign up for a good laugh at The Play That Goes Wrong and An Ideal Husband!

Things to See Around West End

Take a Scroll Around the Historical Sights

West End London is synonymous with shopping, leisure, and entertainment. Every street offers a plethora of attractions that are exciting and also allow a peek into the history of London. Some of the famous ones are the Marble Arch, Oxford Circus, Leicester Square, Trafalgar Square, Soho Square, and St. Giles Circus.

Try the Variety of Activities To Do

Other popular West End attractions like the London Zoo, Hyde Park, and Regent’s Park are great places to go with children. Sports lovers will love a visit to the 200-year-old Lord’s Cricket Ground while those keen on a riskier game than cricket can head to the famous casinos of West End. The Hippodrome Casino, Genting Casino, Sportsman Casino, and the Grosvenor Casino are some famous casinos in West End.

Shopping on West End Streets is the ultimate shopaholic's dream, and Selfridges, the biggest departmental store in the world, is the best place to start! Bond Street has exquisite jewellery and antique stores; Oxford Street has the best of high street brands; Knightsbridge has high-end fashion stores, including the famous Harrods; while Covent Garden is perfect bargain hunter’s paradise with Jubilee and Apple Markets.

Museums to Check Out Around West End

London has over 200 museums that are dedicated to a range of subjects, and some of the best of them are located in the West End district of London. The National Gallery situated in Covent Garden is the best of them and showcases more than 2,300 paintings dating from the 13th century. The National Portrait Gallery is the world’s first portrait museum and has exclusive photographs of the Royal family.

The Wallace Collection is an eclectic collection of fine art from 15-19 centuries, while the Royal Academy of Art is a multi-functional space where contemporary artists exhibit their works. London Transport Museum showcases the evolution of London transport while the most interesting of all is the Sherlock Holmes Museum. The museum is located exactly at 221B Baker Street where the fictional character resided!

The West End also has some quirky museums like the Cartoon Museum, a museum for British cartoons and comics with over 5,000 books and 4,000 comics; the London Film Museum, with over 100 original vehicles and artefacts from James Bonds movies; the Pollock's Toy Museum; and the Postal Museum.

Where to Stay in West End?

A quick look at the map of London West End will show how the area is centrally located and ideal for tourists who wish to explore London. It has a variety of accommodation options in London that suit every budget and style.

THE SAVOY The Savoy was London’s first luxury hotel and continues to retain its status as one of the best five star London hotels. The art-deco building is preserved as a Heritage hotel and boasts of elegant interiors. 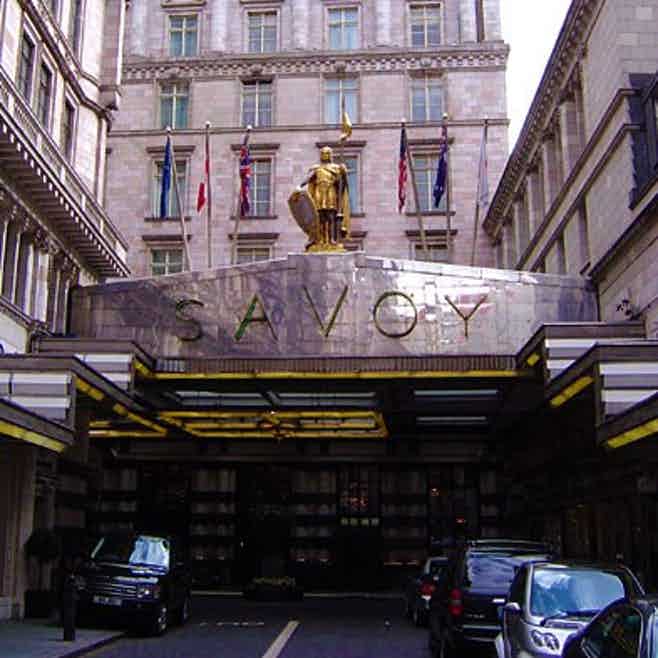 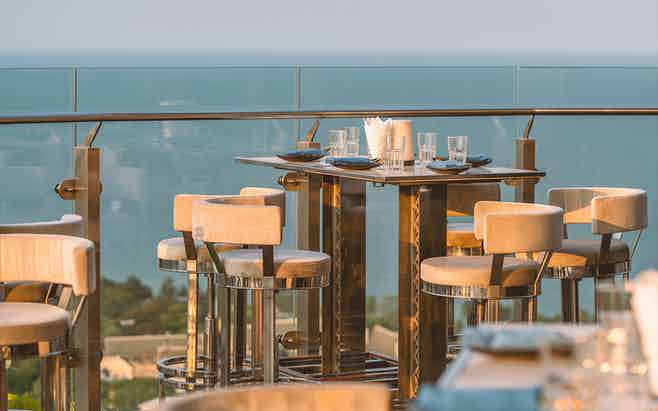 Z SOHO The Z Soho is aristocratic from the outside and contemporary chic on the inside. A stone’s throw from all major West End attractions, the hotel is conveniently located to access the best of London. 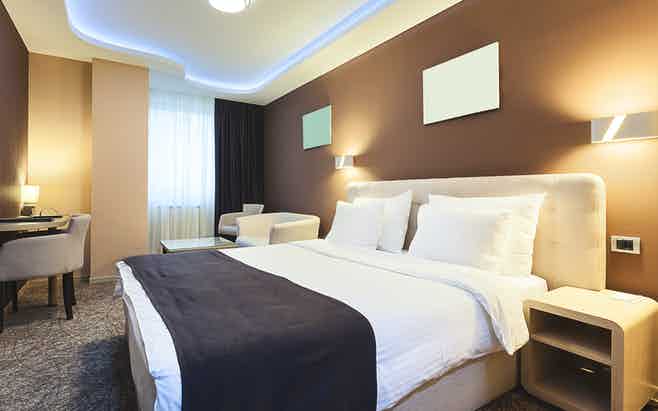 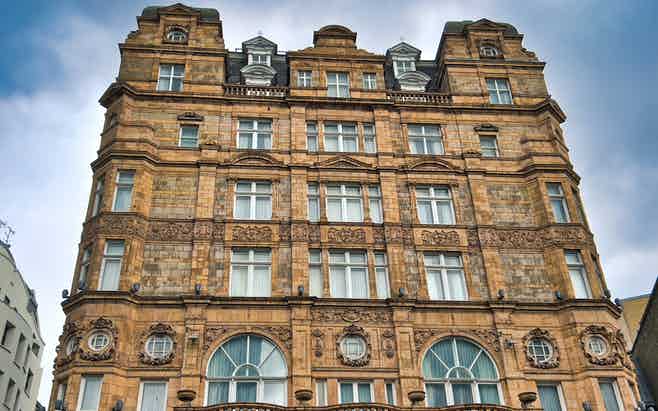 Ridgemount Hotel The Ridgemount Hotel is a family-run hotel with a history of more than three centuries. The Georgian architecture buildings offer cheap accommodation for travellers who wish to explore the West End area. 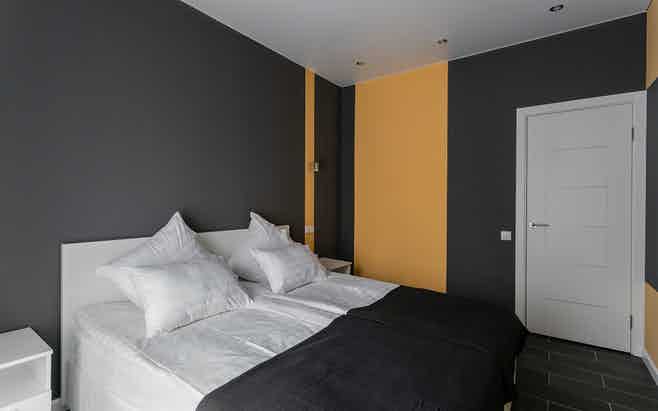 St. Athans Hotel One of the best budget hotels in West End London, St. Athans Hotel is located in Bloomsbury, a convenient 15 min walk from all the major West End streets. A quaint family-run hotel, it offers all the modern amenities for a great holiday.

Where to Eat in West End?

No visit to the Theatre district is complete without a meal! Check out these top trending restaurants with exciting thoroughfare that promises a treat to your tastebuds. 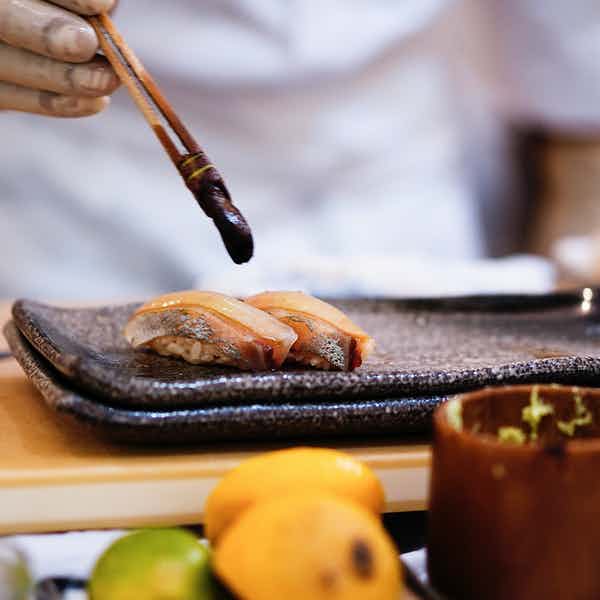 The Araki is undoubtedly the most exclusive of all restaurants in London West End. The three star Michelin restaurant serves only one menu, the Sushi ‘Omakase’ Chef’s Set Menu and has only seating for nine! 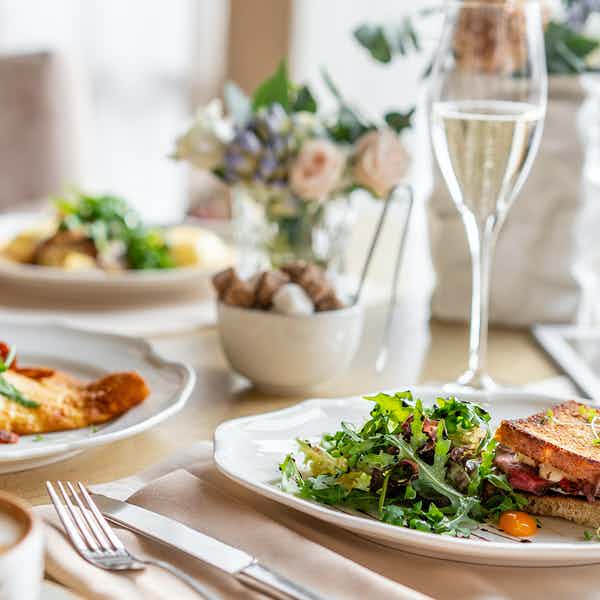 Le Gavroche is among the best West End restaurants that serve fine dining French cuisine. Run by Chef Michel Roux Jr, it offers an array of delicious French dishes paired with vintage wines. It is a gastronomic delight! 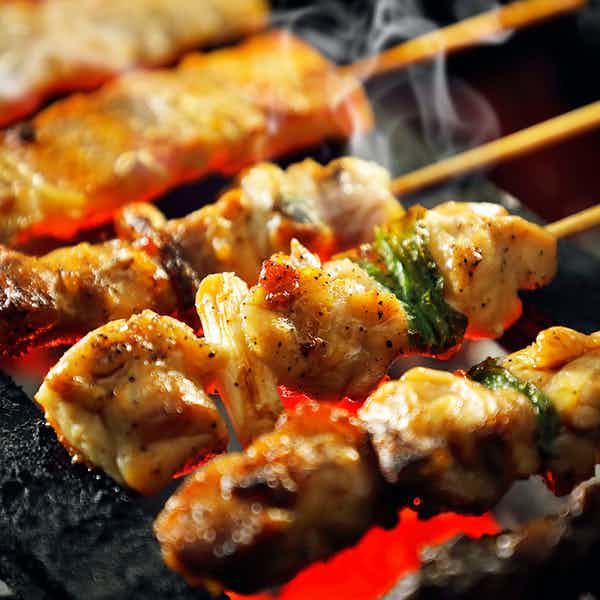 Giving tough competition to top West End restaurants is the irreverent Sticks N Sushi that combines Japanese and Danish culinary traditions. It serves up amazing sushi and yakitori sticks of a variety of meat. 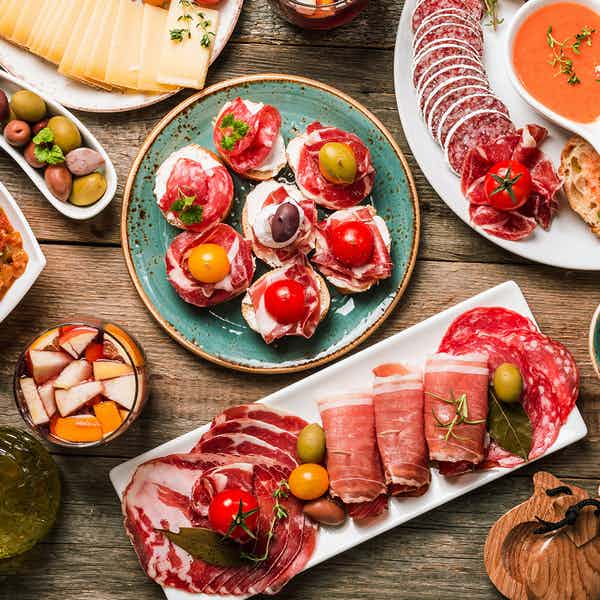 Barrafina is a friendly and lively restaurant and offers great Spanish Tapas dishes that are ideal for a pre-theatre dinner. Diners can look into the exciting open kitchen where the magic happens and enjoy the a la carte menu with the best of Spanish sherries.

Luscious kebabs rolled in flat bread make for a filling meal and the Kati Roll Company is the best place to get them. The Indian restaurant is cosy and perfect pit stop for a day spent wandering in the West End London.

With delicious toppings like Calabrian peppers, kalamata olives, anchovy, and wild venison, diners always have more than just one slice at Homeslice. The Pizzeria is one of the best pizza restaurants in town and perfect for a quick break in between shopping in West End.

Grab a bite before the show

Check out the top recommended restaurants on London's West End district and enjoy a meal before or after your show!

Getting Around West End

West End is a fairly large area, and while walking is a great option to explore it, visitors might want to use transport when short on time.

The cheapest transport is the tube or underground metro, and there are many stations including Piccadilly Circus, Covent Garden, and Leicester Square.

Buses and taxis are also convenient with high frequency, although they can take their own time during peak hours with traffic. The best way to use the tube and bus is to buy an Oyster Card, which is a travel card that is prepaid and can save you up to 50% on travel costs.

What is the best way to get to West End in London?

The best way to get to West End in London is by public transportation - the tube or bus.

What are some of the must-see attractions in West End?

Some of the must-see attractions in West End include Buckingham Palace, Big Ben, and Trafalgar Square. There are also plenty of theaters and other attractions in the area.

What are the opening hours for the major attractions in West End?

The opening hours for the major attractions vary, but most are open from 9am to 5pm or 6pm. It is always a good idea to check the website or call ahead before visiting any attraction.

What is the best time of year to visit West End?

The best time of year to visit West End is during the summer months, from June to August. The weather is usually warm and sunny, and there are many events and activities taking place in the area.

Are there any discounts or deals available for visitors in West End?

There are often discounts or deals available for visitors to West End. Many attractions offer discounted tickets if you purchase them in advance, and there are also several discount cards available that can save you money on admission fees and other expenses.