Your Complete Guide To Visiting The Shakespeare Globe Theatre, London

Where can I buy London Shakespeare Globe Theatre Tickets?

Check out the plays currently running at the Shakespeare Globe Theatre and grab your tickets before they sell out! 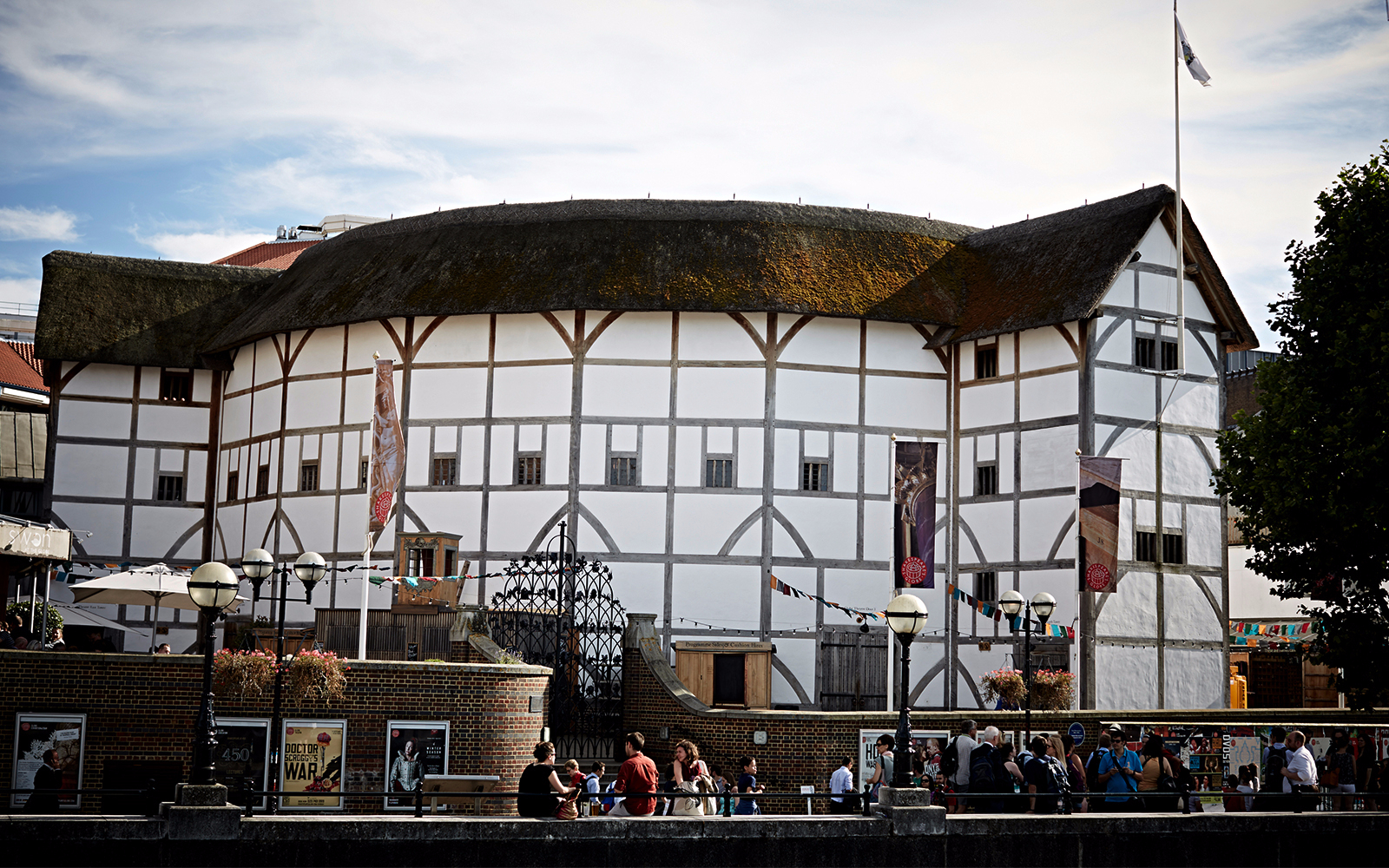 The 16th century was a dark period for theatre as it was associated with pleasures of the lowly classes. Yet, it didn’t stop the people from creating their own spaces for plays across the River Thames, outside the City walls. In 1599, Shakespeare’s play company ‘Lord Chamberlain’s Men’ built the Globe Theatre, which was burned down in a fire. The company resurrected the theatre in the same location but had to be destroyed by the Puritan government in 1642.

In 1997, Sam Wanamaker worked against the odds and replicated the Theatre in Southwark about 230 metres away from the original Globe Theatre. Today, it is a living shrine dedicated to the Shakespeare Globe Theatre history and continues to perform Shakespeare’s best plays!

Getting to Shakespeare Globe Theatre

By Train and Underground

The closest bus station is the Southwark Street stop, however these other stops are convenient and within 0.5 miles of the theatre.

Bankside Pier located near Southwark Bridge is just 10 metres from Shakespeare’s Globe, and has services every 20 minutes until late night.

Uber Boat by Thames Clippers is available at 24 piers throughout London. They are accessible via prams, wheelchair and mobility scooters except for the London Bridge, Wandsworth Riverside Quarter and Cadogan piers. Book online to save your time and dime!

The warm weather and longer days make summer - June to August the best time to visit the Globe Theatre. You can enjoy outdoor performances of Shakespeare's plays, as well as other live entertainment. The theatre is also a great place to explore on a sunny day, with its thatched roof and open-air design.

If you're looking for a more budget-friendly option, autumn - September to November is a great time to visit the Globe Theatre. The weather is still pleasant and you can avoid the crowds that flock to the city in summer. You can also take advantage of the many Halloween events and activities that take place in London at this time of year.

Get Directions on Google Map

Is the Globe Theatre in London the original from Shakespeare time?

We think that the first Shakespeare play to be performed at the original Globe was Julius Caesar, in 1599. Other playwrights wrote for the Globe too, including Ben Jonson, Thomas Dekker and John Fletcher. The Globe Theatre you see today in London is the third Globe.

What Shakespeare plays were performed in the Globe Theatre?

Where was Shakespeare's Globe Theatre?

What was special about Shakespeare's Globe Theatre?

The first Globe, based on the skeleton of the original Theatre of 1576, was unique not just as the most famous example of that peculiar and short-lived form of theatre design but because it was actually the first to be built specifically for an existing acting company and financed by the company itself.

Why is Shakespeare's theatre called the Globe?

By May 1599, the new theatre was ready to be opened. Burbage named it the Globe after the figure of Hercules carrying the globe on his back - for in like manner the actors carried the Globe's framework on their backs across the Thames.