20 Most Photographed Places in the World

If you love to travel, you’ll know that there’s a world of adventure waiting to be discovered in every corner of the globe. Whether it’s adventure sports, visiting historic buildings, or exploring a natural haven, traveling to a new place brings with it an adrenaline rush like no other.

One of the best parts about traveling in today’s era is that just about anyone with a decent phone camera can capture their experiences. In fact, social media has taken travel photography to a whole other level.

We’ve put together a list of the 20 most photographed places in the world for you to add to your bucket list! Start planning your trips so you can also be a part of this global community of travelers and visit some of the most magnificent places across the globe. Here they are.

20 Most Photographed Places in the World 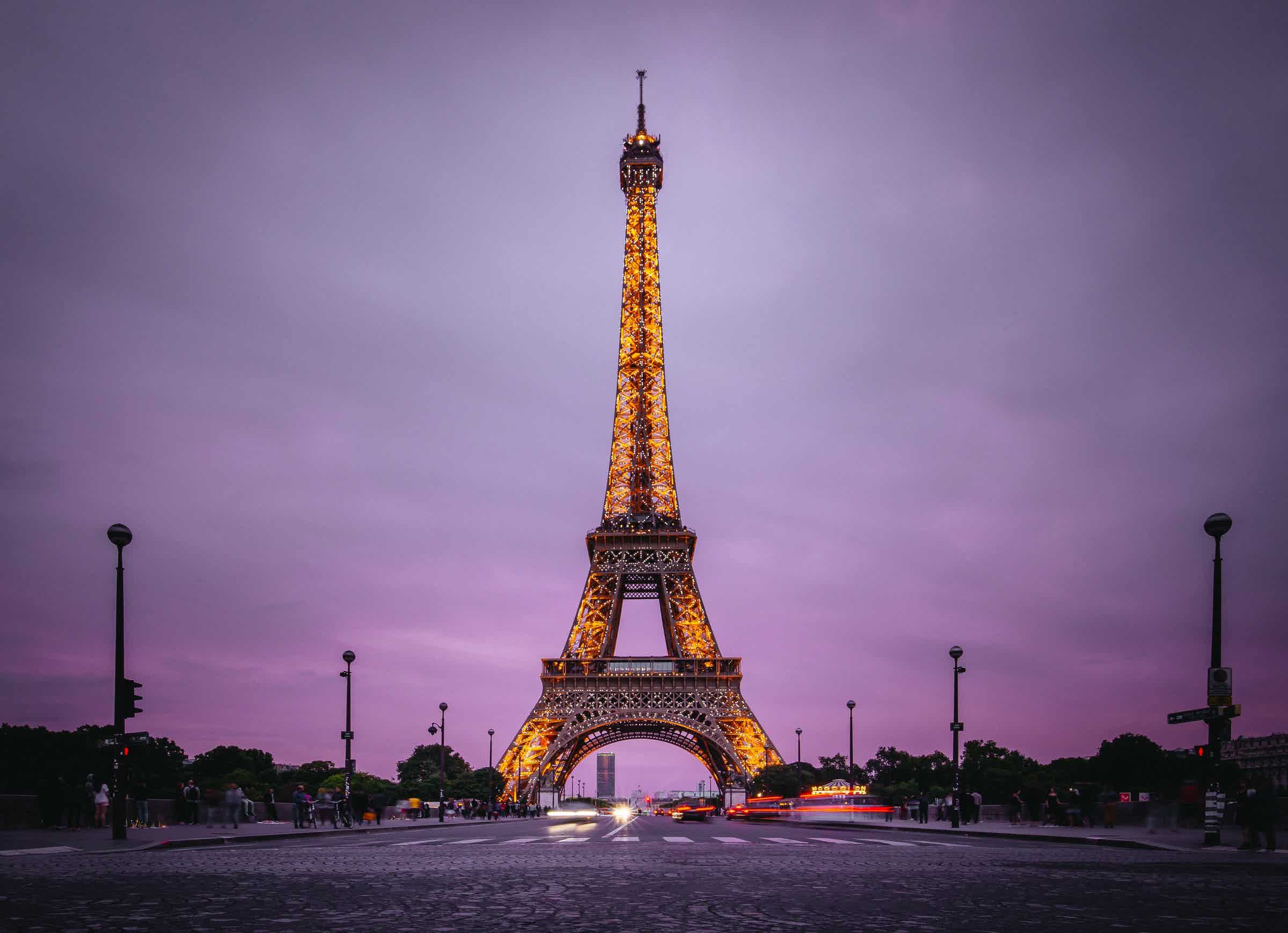 The iconic Eiffel Tower in the heart of Paris is the first on our list. Even if you’ve never been to Paris, you’ve most definitely heard or seen this iconic structure in movies, music videos, or even TV shows. Most tourists visit the Eiffel Tower between June and September. Although the weather during this time is pleasant, it also means having to wait in long lines. Crowds are lowest during January, February, October, and November. 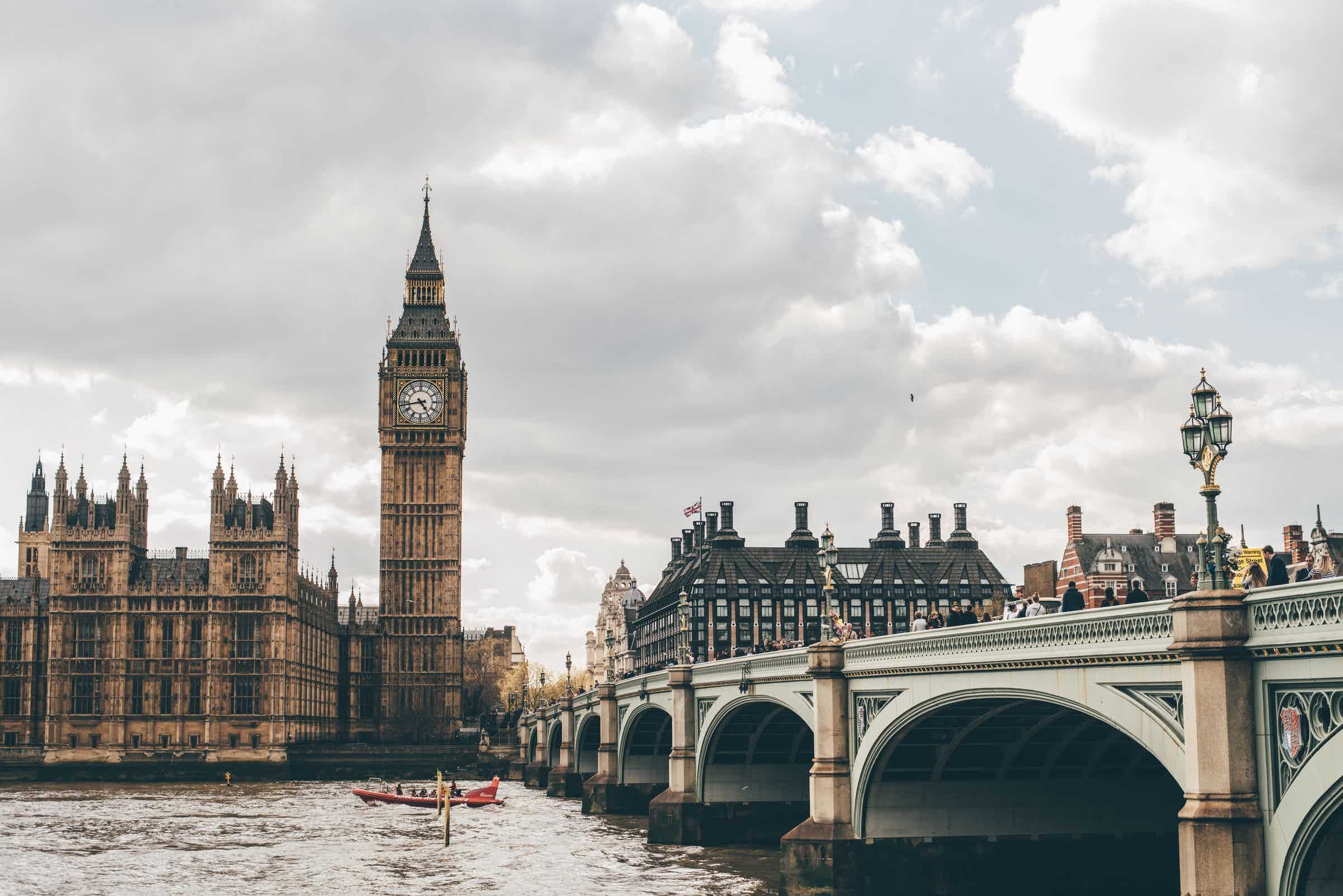 Big Ben is one of the most epochal landmarks in London and probably the most famous clock in the world. This gigantic clock tower is located at the north end of Westminster Palace and attracts tonnes of visitors all year round. We recommend planning your visit during summer when the weather is pleasant, however, if you want to avoid large crowds, winter may be a better choice.

Although only UK residents are permitted inside Big Ben, areas outside can be accessed by all. Alternatively, you can book a tour of the House of Parliament and Big Ben for £15. 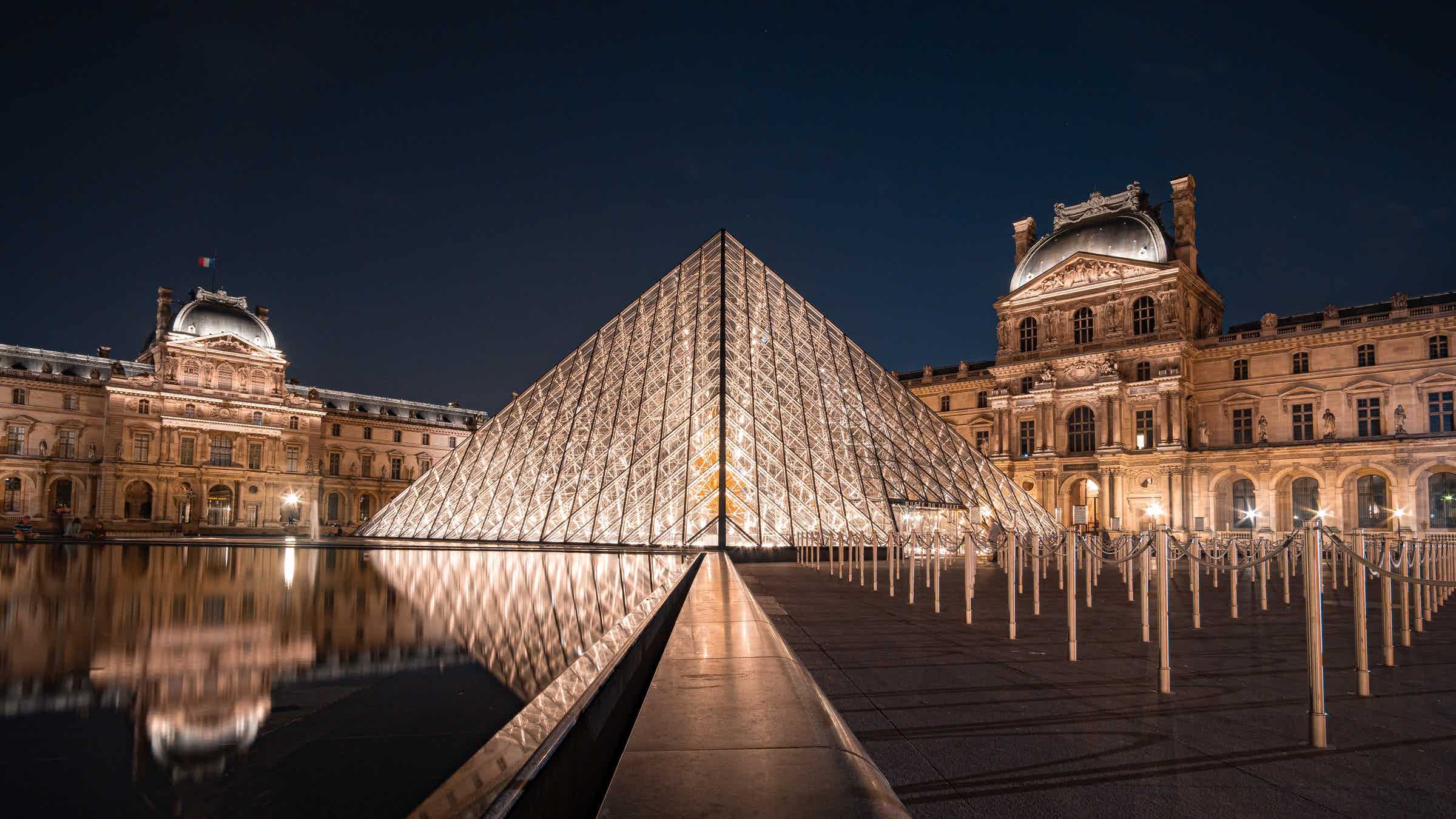 Home to some of the most famous artworks including the Mona Lisa, Louvre Paris is the most-visited museum in the whole world. Its breathtaking architecture and art collection make it a historic landmark in Paris. You probably recognize the structure from the popular movie, The Da Vinci Code. Tourism is generally at its peak typically between June to October, when the weather is almost perfect.

The beating heart of the concrete jungle of New York, the Empire State Building holds the best views of the entire city. This building is a beloved landmark in the city, with thousands of visitors making their way to the top every day. Visit NYC anytime between April to June or September to November, when crowds aren’t swarming to get in. A handy tip is to get there early in the morning or late at night. 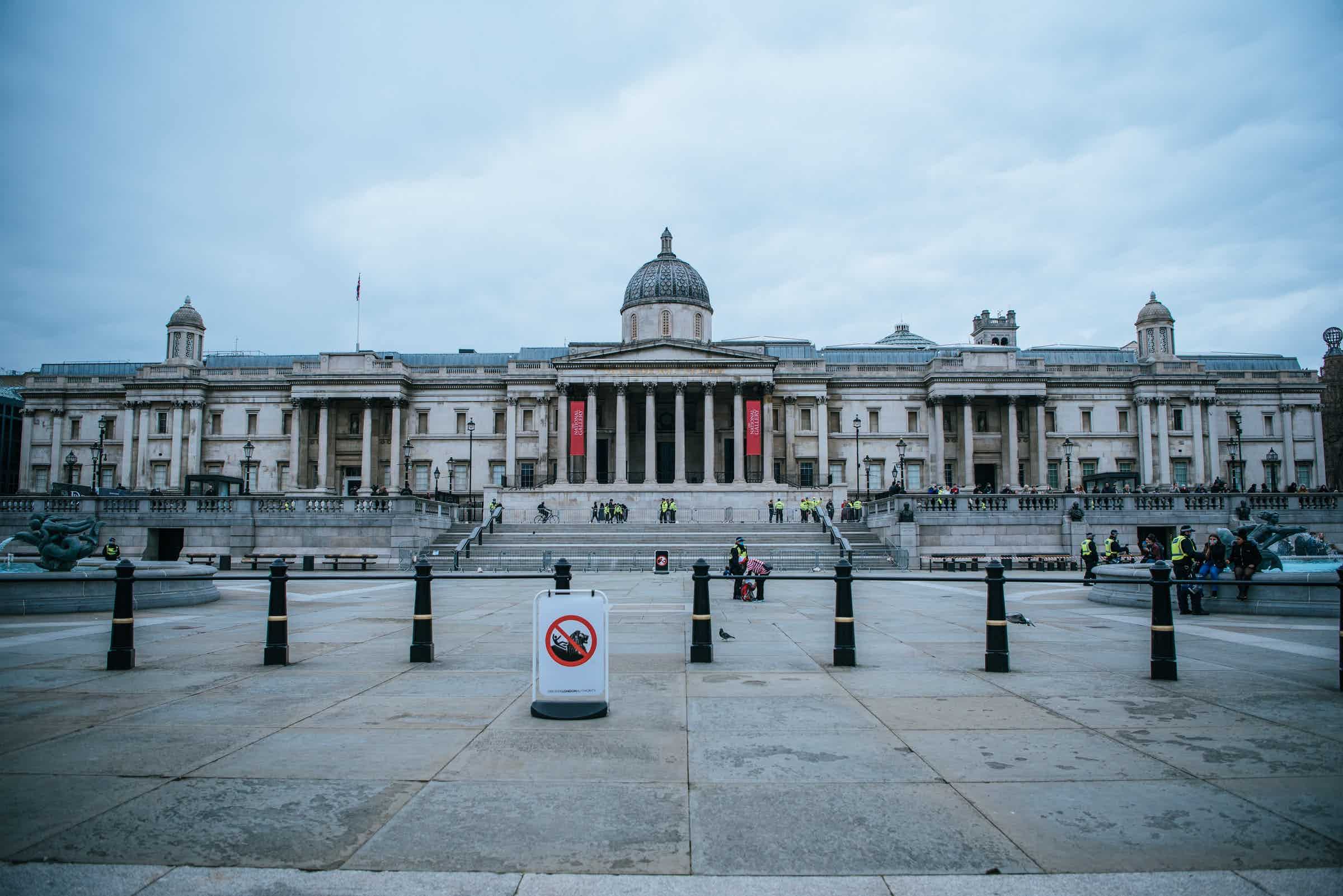 One of London’s top attractions, Trafalgar Square is a scenic open space in the city of Westminster. The square is dotted with statues, fountains, historic buildings, and galleries. Visit Trafalgar Square and other attractions in London in summer if you’re looking for good weather, however, if you can handle the cold, we recommend choosing the winter months with lesser crowds.

Entry to Trafalgar Square is free! 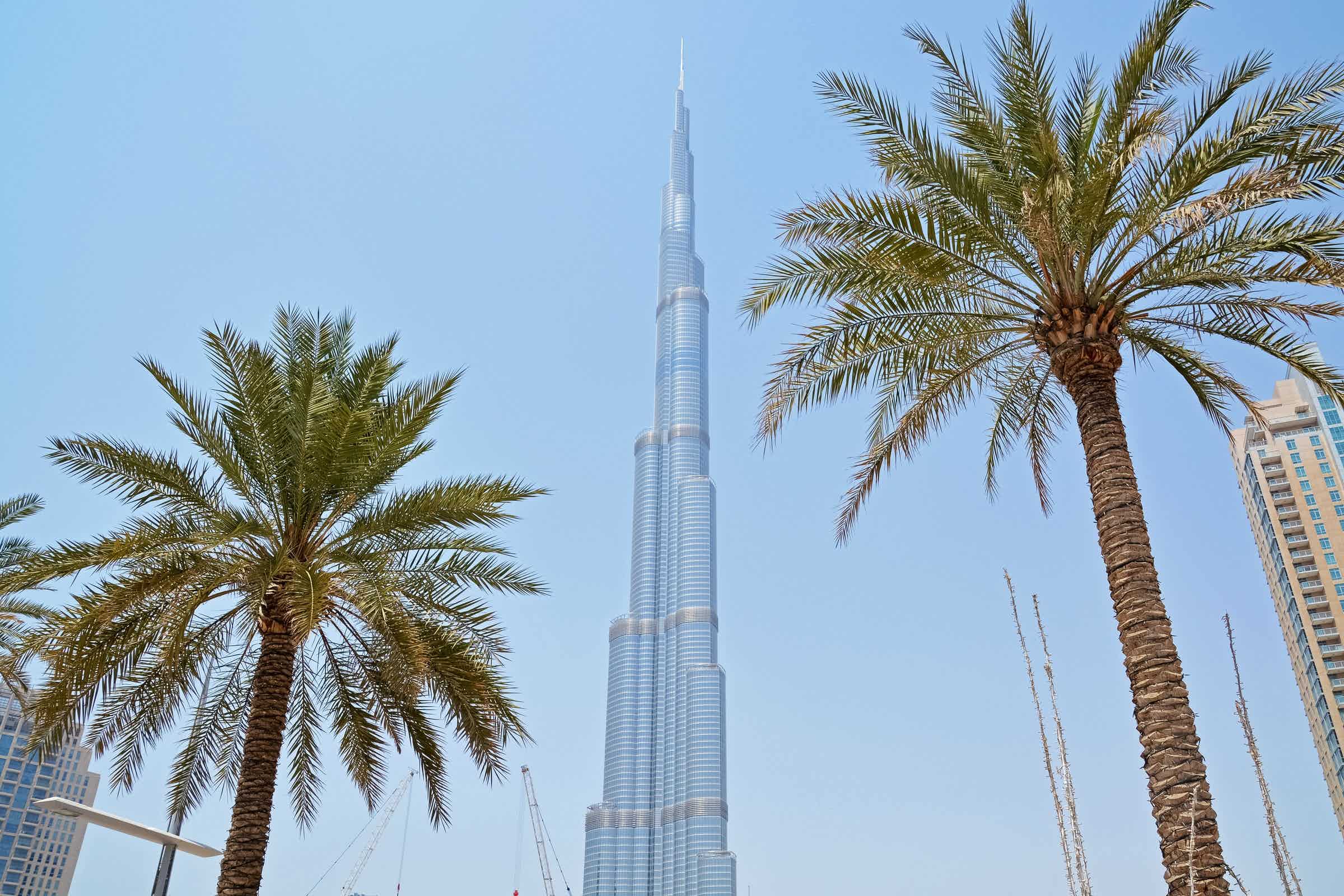 Holding the record for the tallest tower in the world, the Burj Khalifa is another Instagram-worthy tourist spot. Surrounded by a massive musical fountain and the bustling lights of Dubai Mall, a visit to this iconic structure is a must when you’re in Dubai. Burj Khalifa attracts tourists throughout the year, so we suggest going between November to February when the weather is cooler outside. 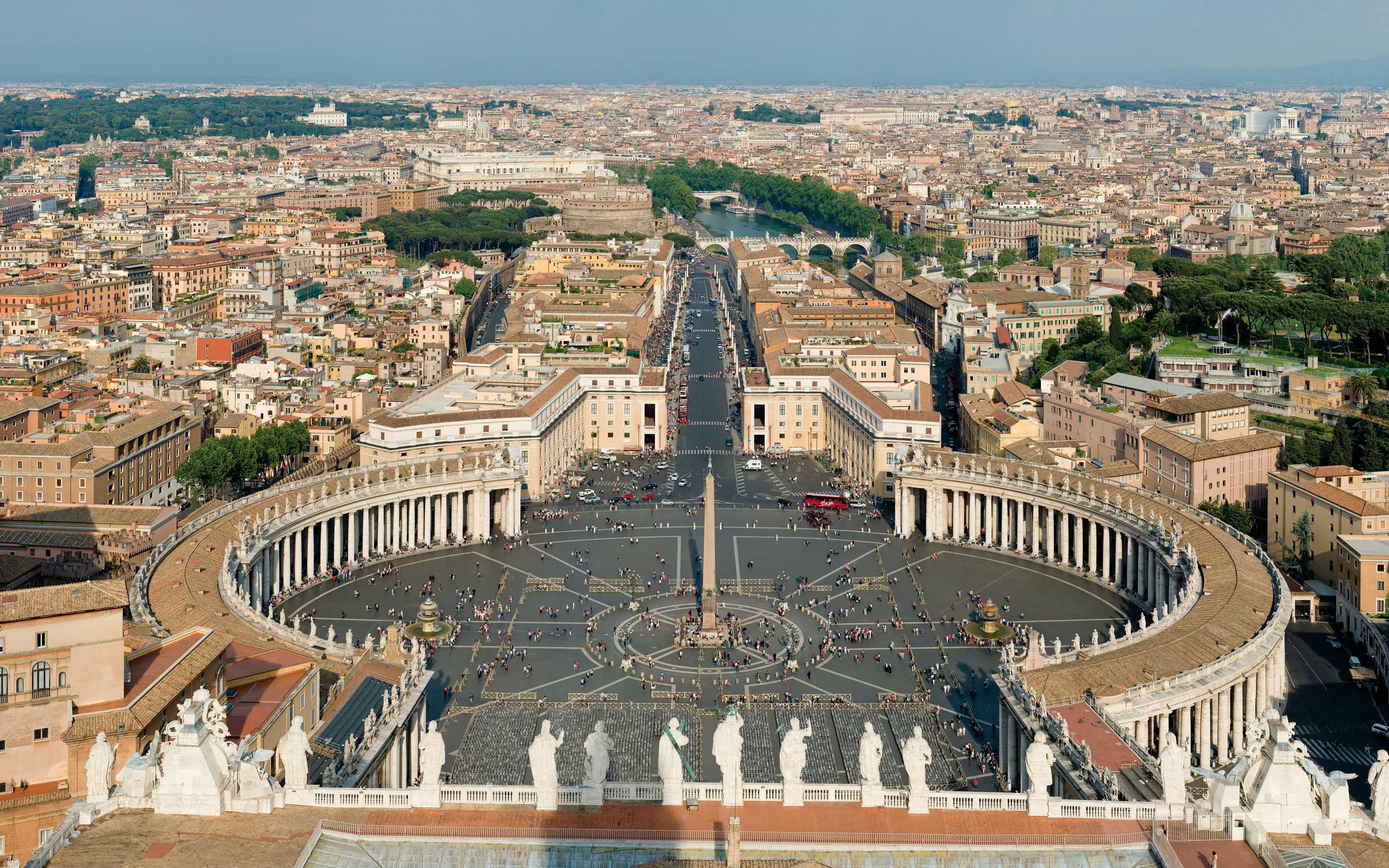 The Basilica of St. Peter is a beloved destination for both locals and tourists located in Vatican City. It is considered one of the holiest churches in the world and an important pilgrimage site. Both the inside and outside of the basilica are picture-worthy! Entrance to the basilica is free, however, if you want to climb to the top of the dome, you will have to purchase tickets. 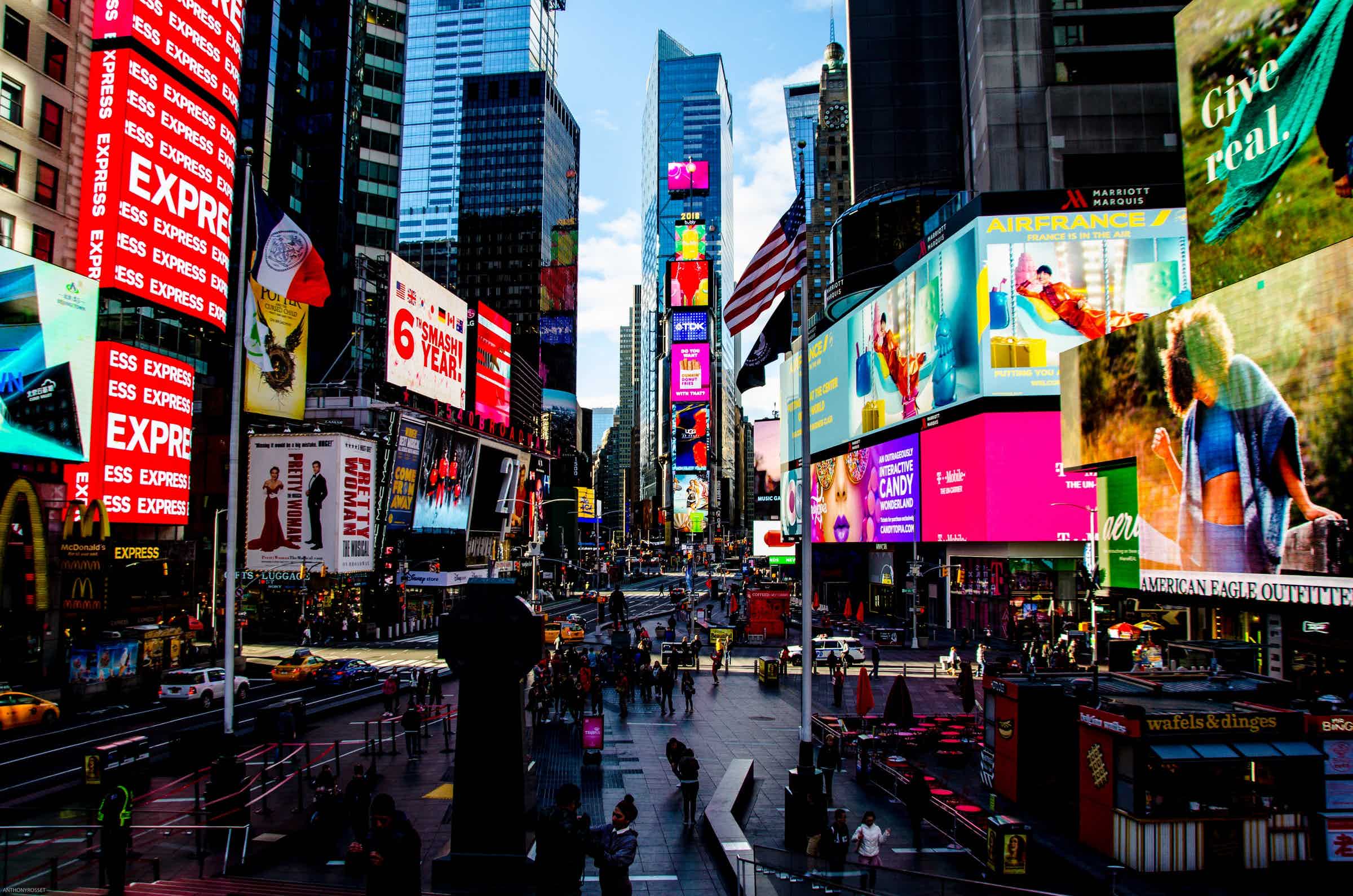 Home to some of the best Broadway shows in the world, Times Square is the cultural hub of the city. Adorned with neon lights, towering billboards, theatres, restaurants, and more, it’s the perfect location to take pictures or shoot a Tik Tok dance (that’s what the kids are doing, anyway!) Although open all year round, we suggest planning your visit anytime between April to June or September to November.

You can walk around Times Square for free! 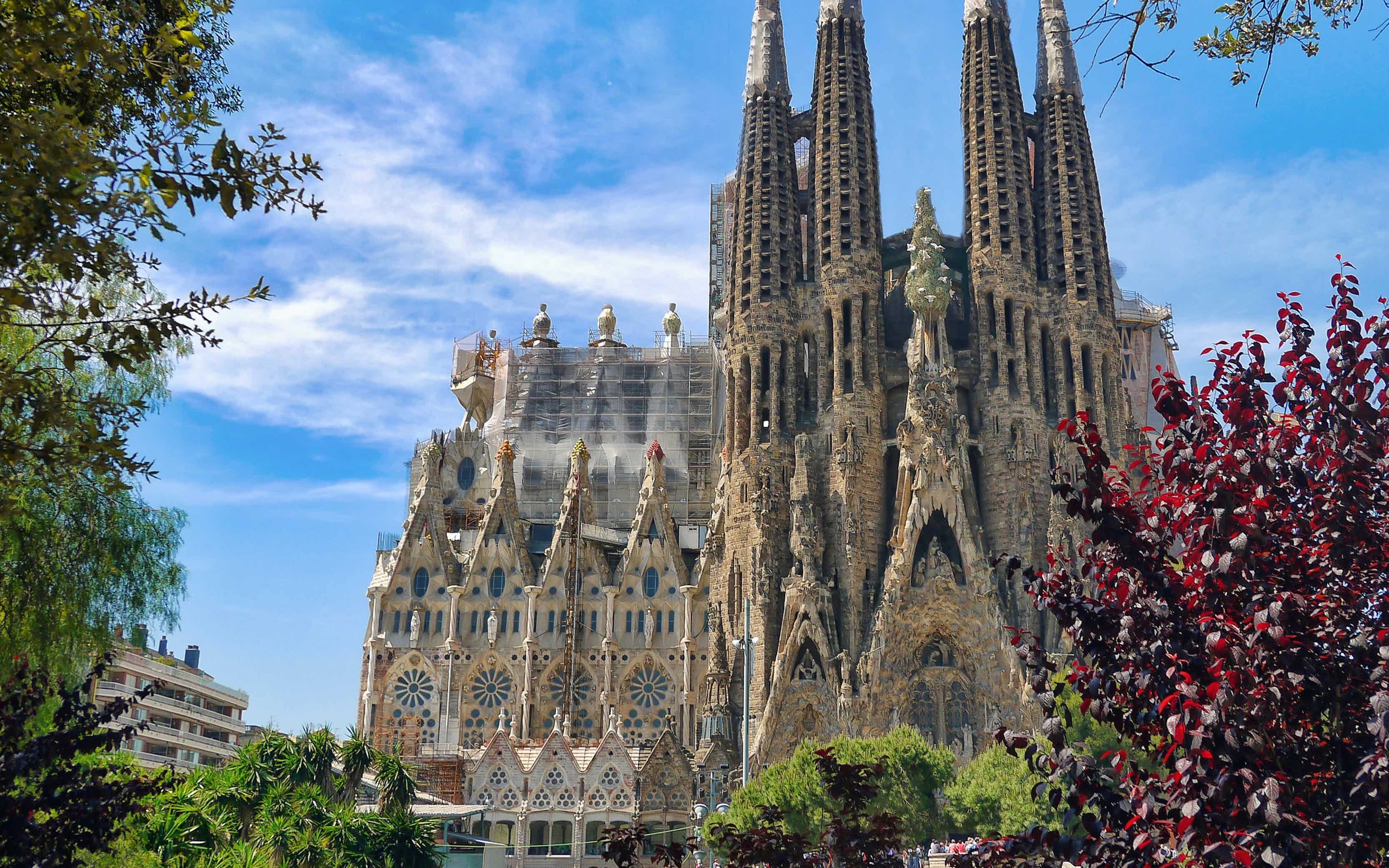 Apart from being a UNESCO World Heritage Site, Sagrada Familia or Basilica de la Sagrada Familia, is known for its unique and stunning architecture. Even its interiors are a sight to marvel at with sunlight peeking through its colorful glass windows and the many detailed sculptures it houses. Plan your visit to this magnificent landmark between May and June when the temperature is pleasant.

Tickets start from €26 (with an audio guide). 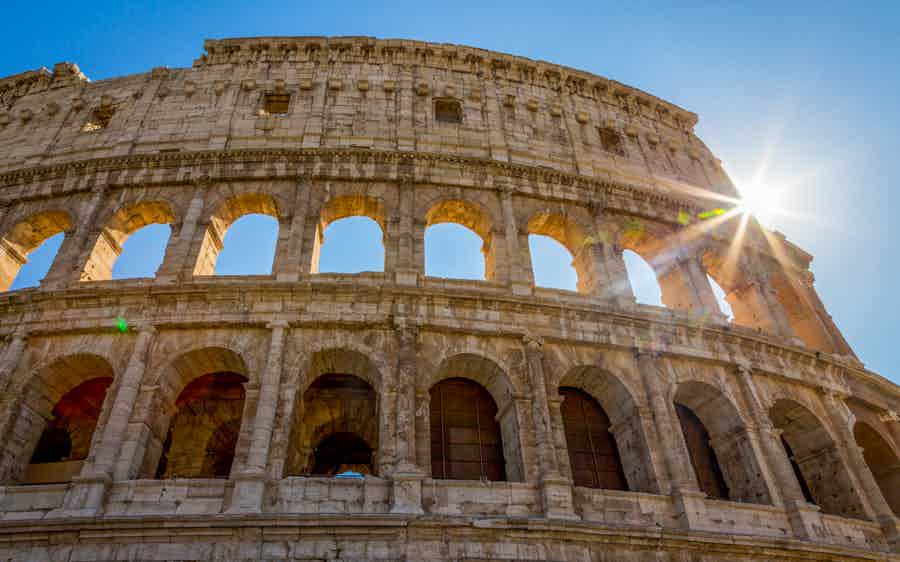 Step into Rome’s rich history as you explore the corners of the ancient oval amphitheater that is the Colosseum. Despite being built during the reign of the Roman Empire, it still remains one of the largest amphitheaters in the world! Plan your visit between April to June or September to October. It is truly a magnificent sight to behold and a must-visit when in Rome. 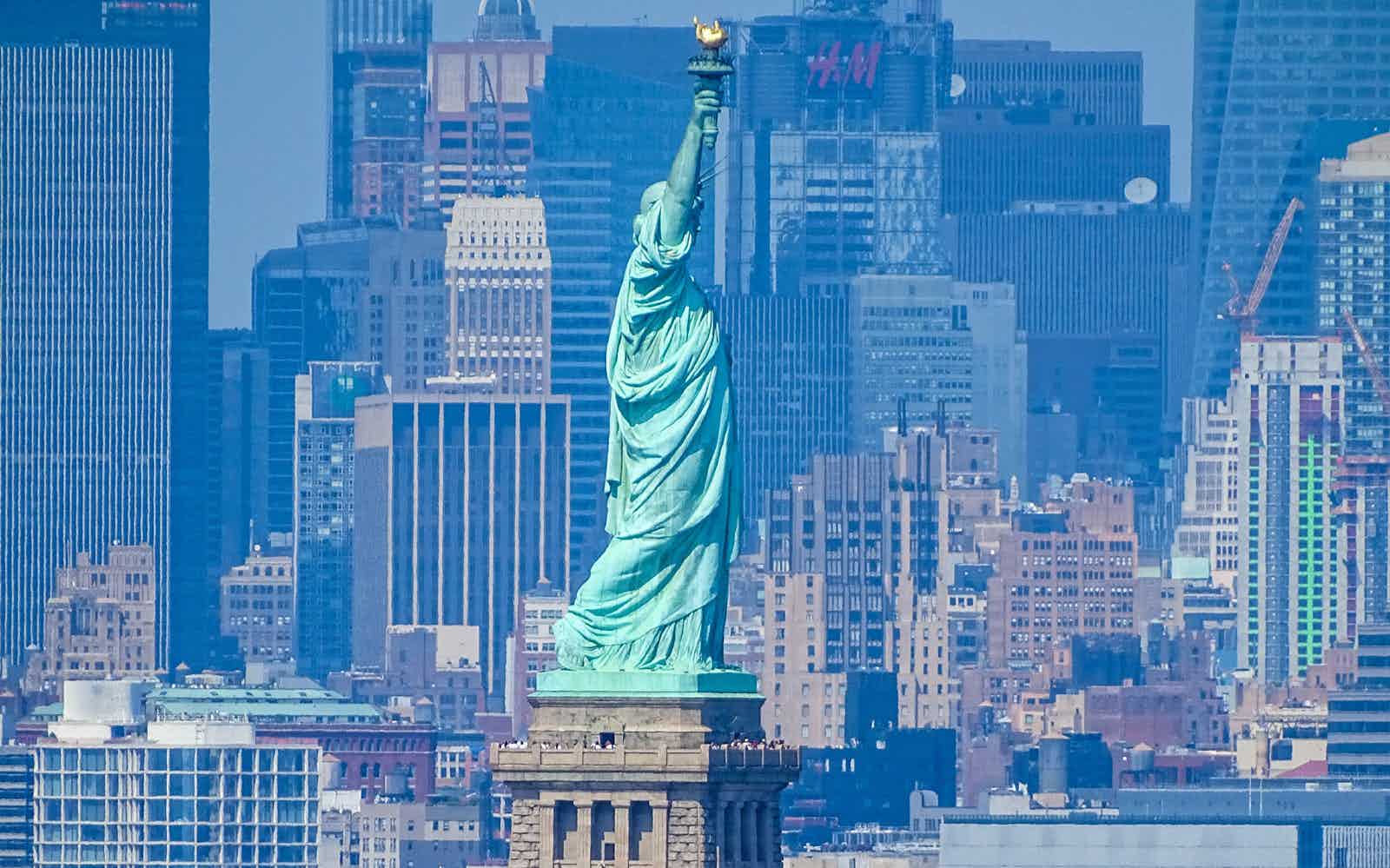 The Statue of Liberty is a National Monument and historic landmark in the city of New York. Located on Liberty Island, the magnificent structure attracts millions of visitors every year. Visit the Statue of Liberty anytime between April to June or September to November when the weather is pleasant. You also have the option of taking a cruise along the waters of Liberty Island and still being able to marvel at the statue. 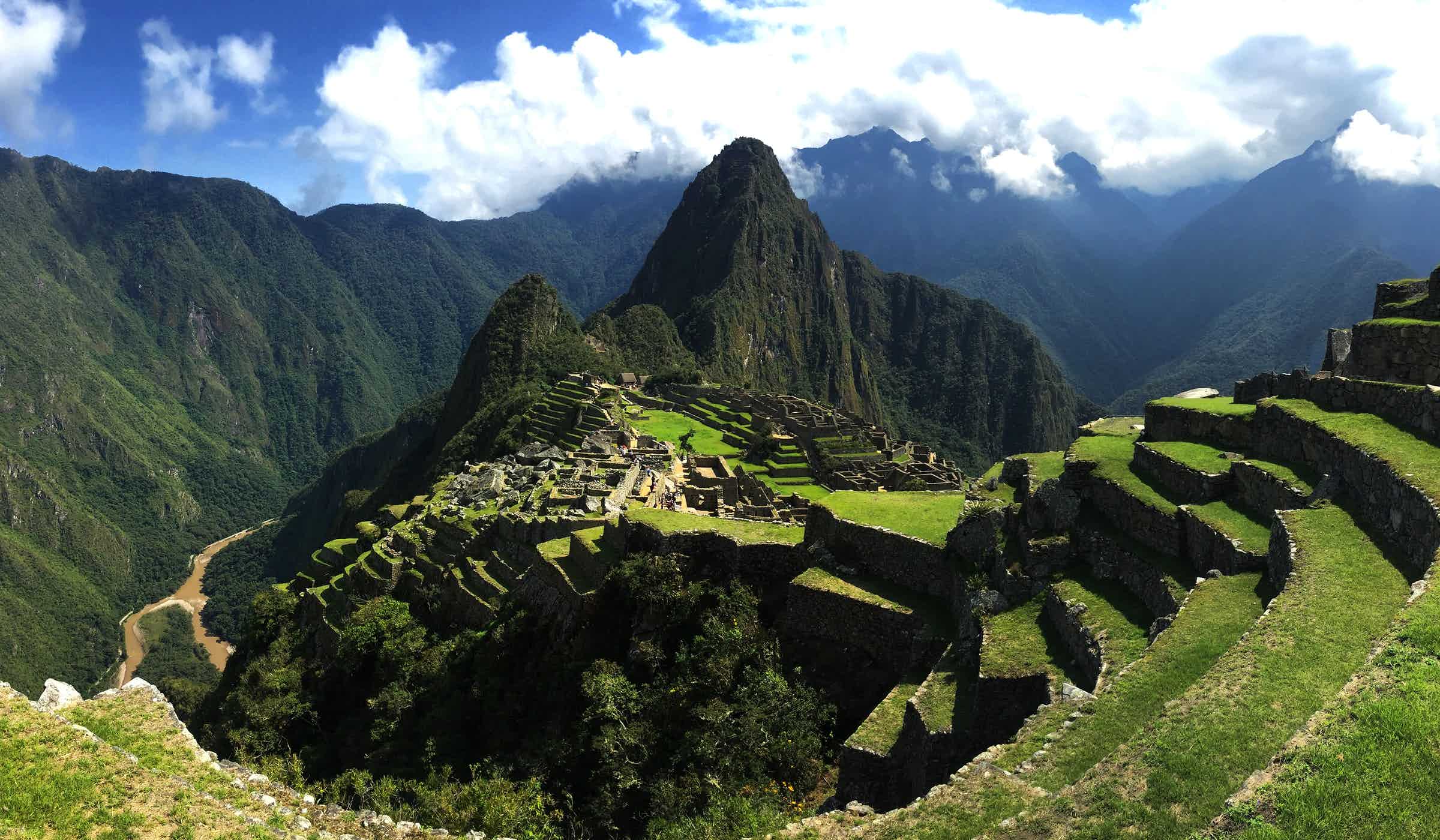 Dating back to the 15th century, Machu Picchu is an ancient citadel located on the slopes of the Andes Mountains in Peru. Its majestic dry stone walls surrounded by the scenic mountain range are truly an unforgettable sight. One of the best times to visit Machu Picchu is between April and May after the rainy season has passed. 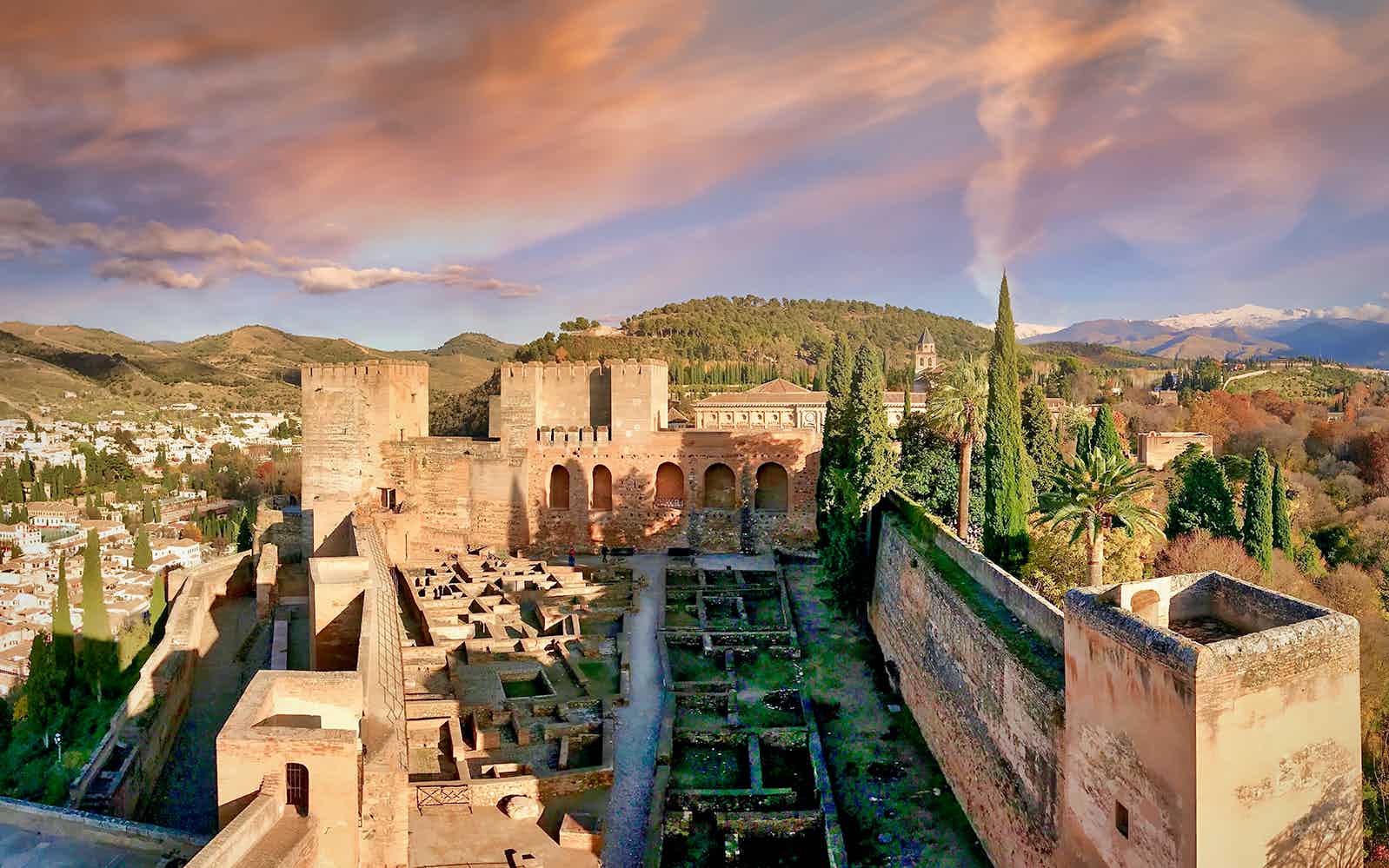 Set in Granada, Andalusia, Alhambra is a palace and fortress complex well worth a visit. Alhambra isn’t just a regular palace, it is built on the peaks of the Sierra Nevada while overlooking the Darro River and the older parts of the city. Spring and summer are the best months to visit Alhambra when the flowers are in bloom, creating a picturesque atmosphere.

Central Park is the largest and most important green space in Manhattan, New York. Housing a number of natural landscapes and urban attractions, it is one of the most picturesque locations in the city. To enjoy your visit to the park, plan your trip anytime between April to June or September to November. October is an especially amazing time to visit when the leaves are changing color.

You can visit Central Park for free. 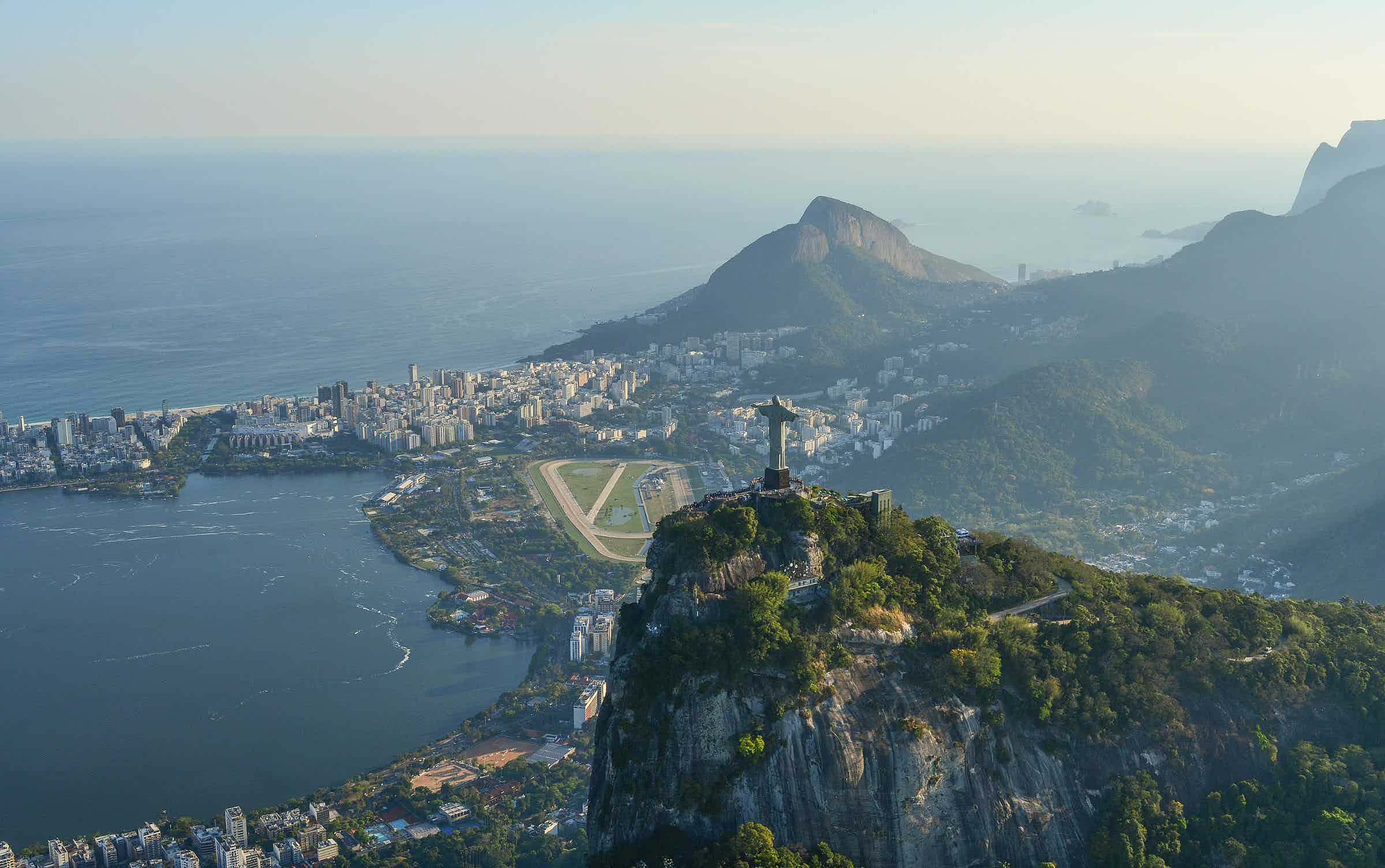 Christ the Redeemer is a massive statue of Jesus Christ overlooking the luscious green peaks of Rio de Janeiro. It is a famous tourist spot and one of the 7 wonders of the world. Visit this magnificent structure for an unforgettable experience. Planning a visit during off season will help you avoid large crowds and get cheaper tickets. The low season is generally during May, October, and November.

Built in the loving memory of the wife of Shah Jahan, the Taj Mahal is a beautiful monument situated on the banks of the River Yamuna. It is a UNESCO World Heritage Site and one of the 7 wonders of the world. This majestic ivory-white mausoleum attracts tonnes of visitors throughout the year. Early summer between March to June is the best time to visit the monument. A helpful tip is to get there early in the morning so you can take some amazing pictures against the soft morning light.

Gardens by the Bay, Singapore 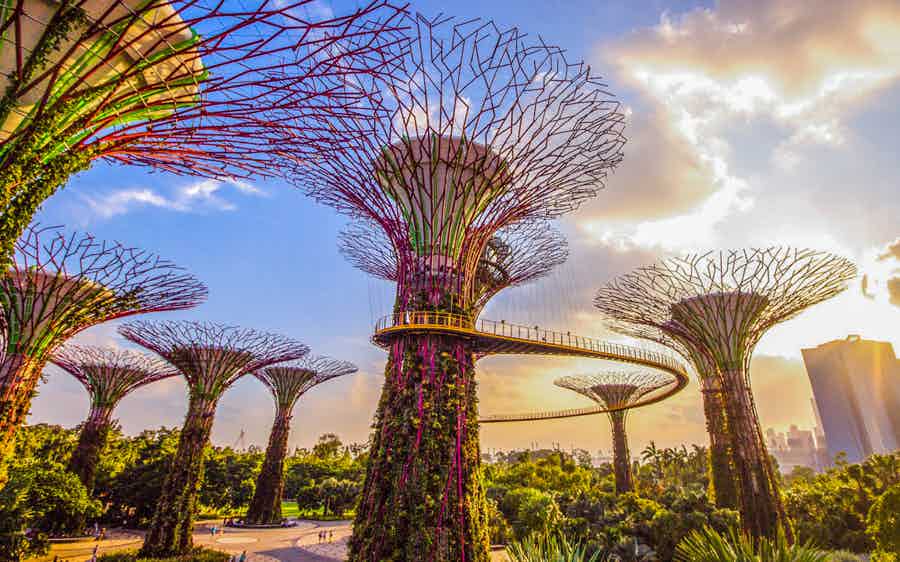 Home to over a million plant species, Gardens by the Bay is a beautiful nature park spanning over 101 hectares. If you love nature, then you don’t want to miss the chance to immerse yourself in a one-of-a-kind plant haven. Although the weather in Singapore is more or less the same year-round, we suggest planning your visit anytime between December to June for a more comfortable experience. A helpful tip if you want to take pictures is to carry a phone or camera with a wide-angle lens to capture the massive structures within. 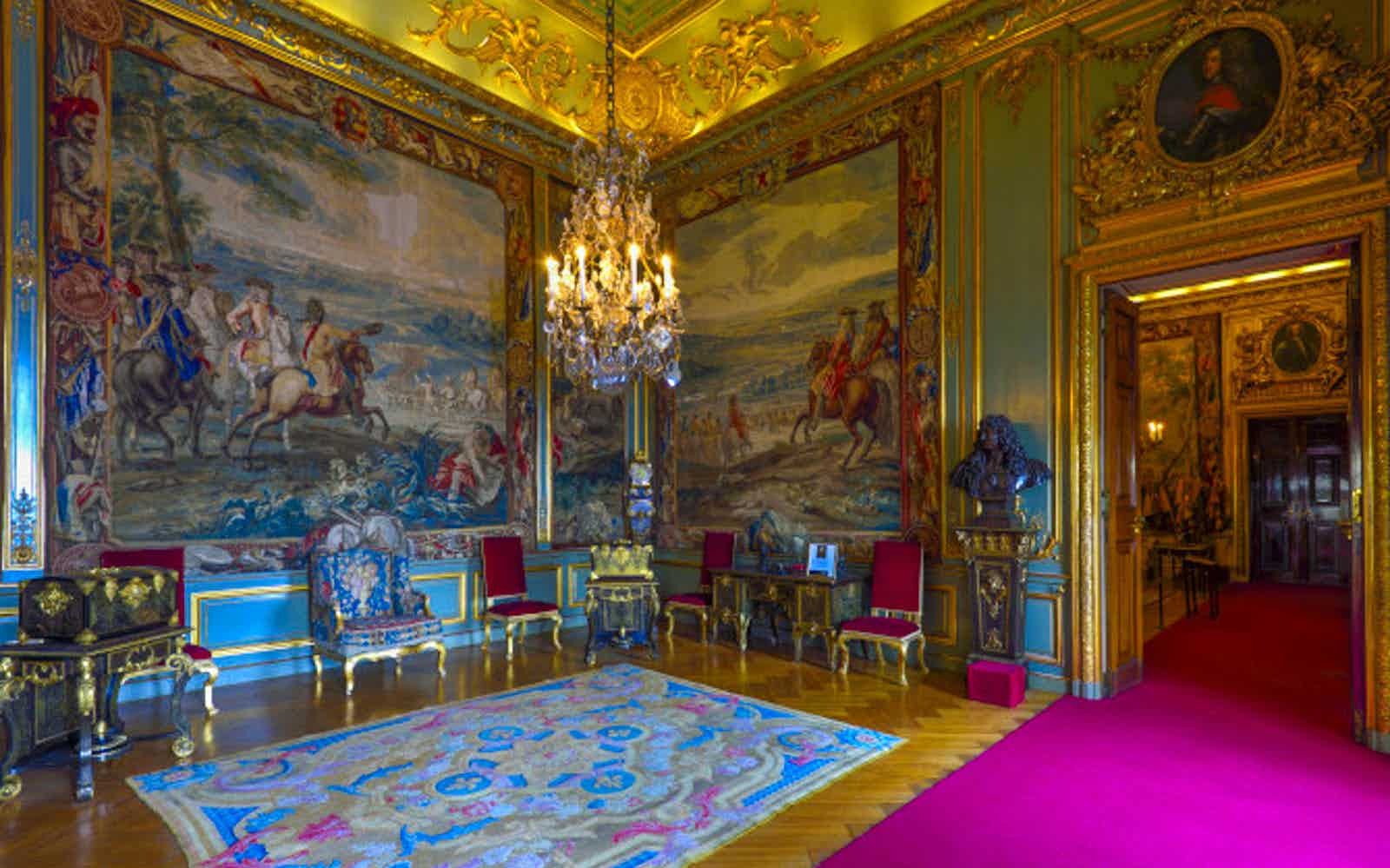 Buckingham Palace is the official London residence and administrative quarters of the Queen of England. It is a prime landmark and tourist attraction in the country, with millions of visitors stopping by every year. Summer is the best time to visit Buckingham Palace when the State Rooms are open to visitors. Tickets to visit the palace will cost you £65 per adult. Try to plan your visit around a royal occasion to get a glimpse of the festivities. Although crowded, it will be a once-in-a-lifetime experience. 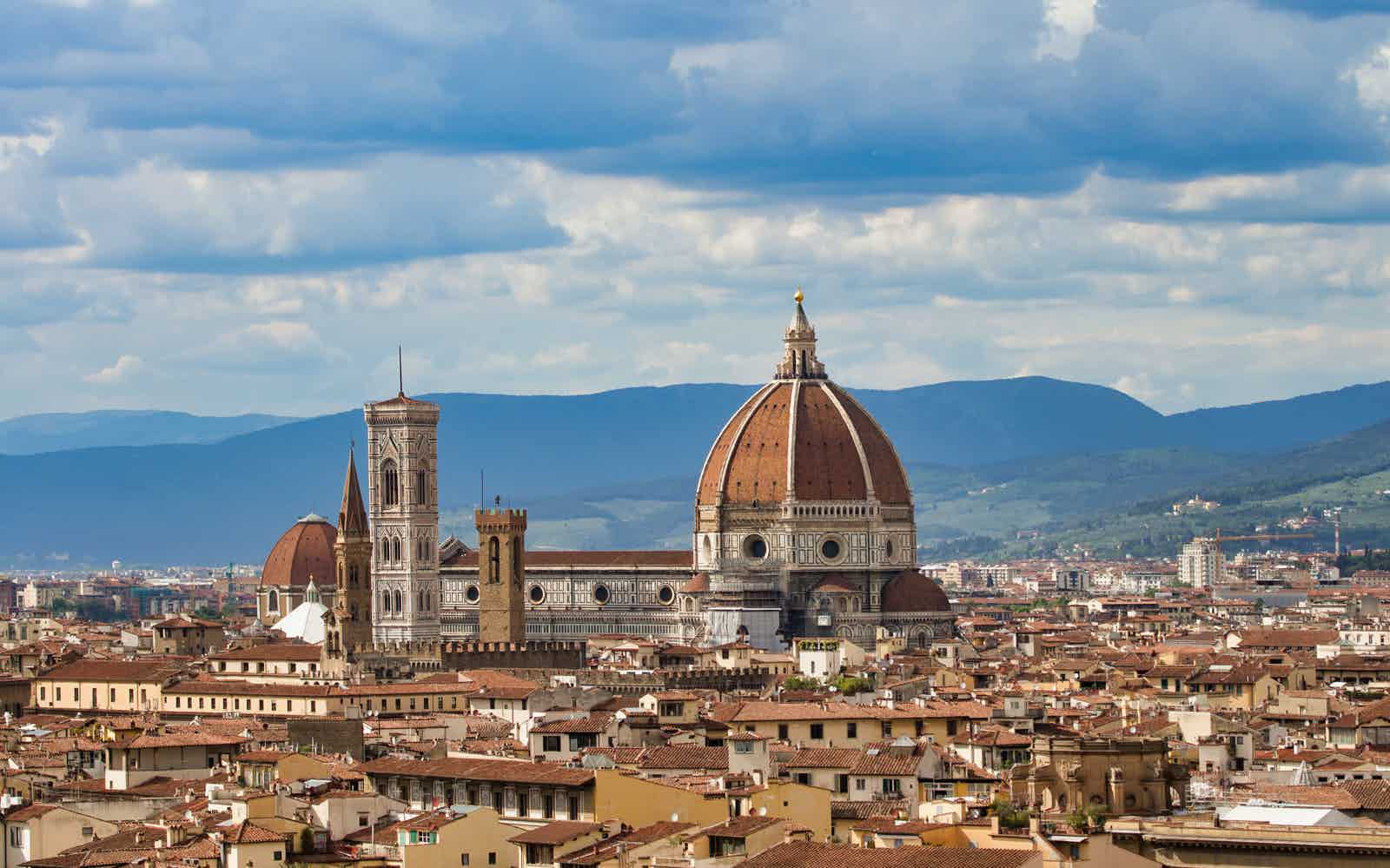 Dominating the skyline of the city is the massive dome or Duomo of Florence Cathedral. Other than being an architectural marvel built by Brunelleschi, it is also the third-largest dome in the whole world today. Plan your visit to the Florence Duomo between May and September when the weather is warm and pleasant. Don’t forget that you can climb to the top of the dome for breathtaking panoramic views of the city. 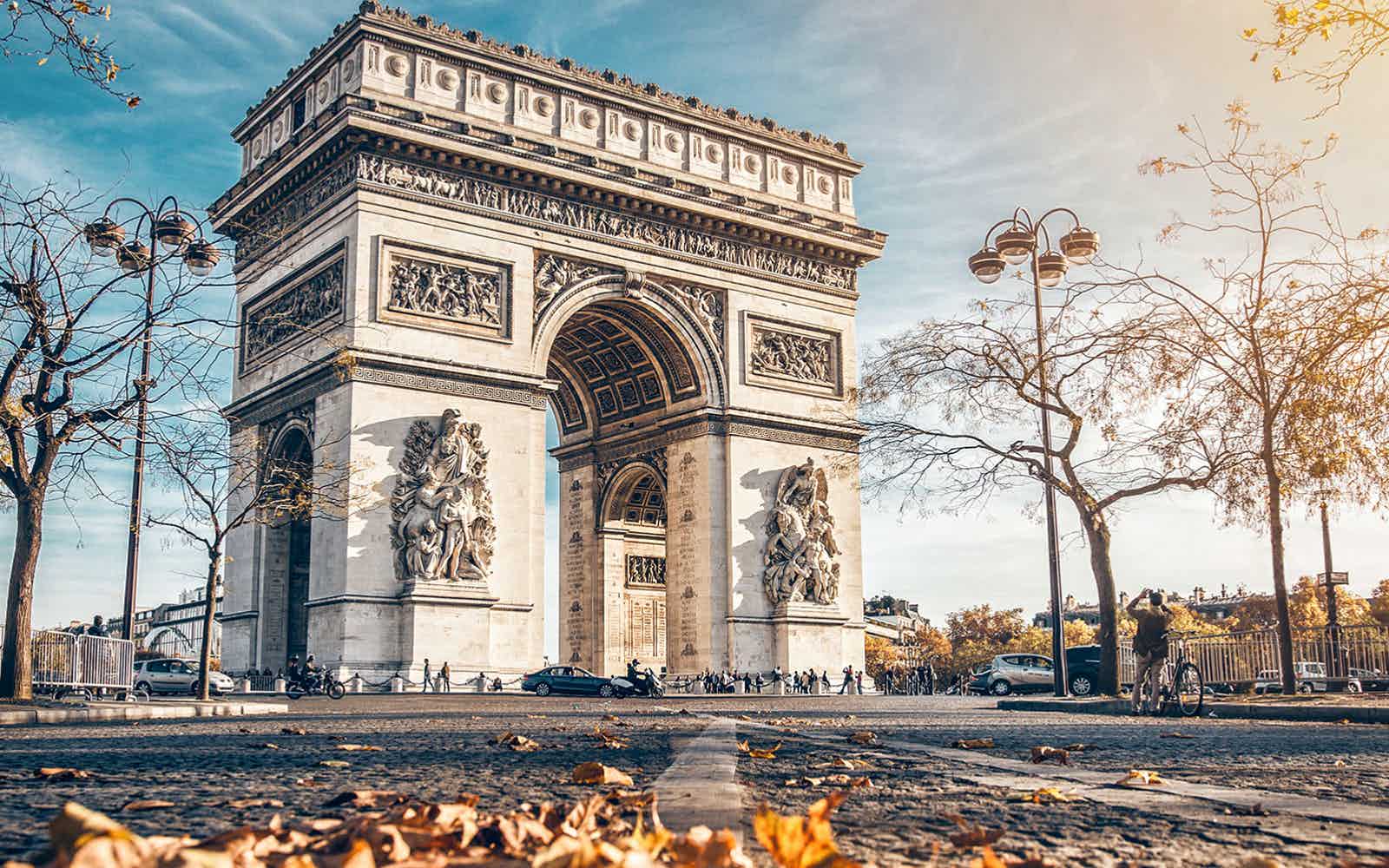 One of the most important historical monuments in Paris, the Arc de Triomphe, is famous for being a commemorative structure. Being an iconic symbol of France, the arch attracts many nationals and tourists throughout the year. Schedule your visit anytime between June to October. Make sure you go all the way to the terrace for spectacular views of the whole of Paris.

Book Now
Summary
Most Photographed Places in the World