There's nothing quite like experiencing live music. The energy of the crowd, the excitement of seeing your favorite artist perform, and the sense of community that comes from sharing a love of music with others are all part of what makes live music so special. And for many music lovers, attending a music festival is the ultimate live music experience.

With multiple stages and dozens (or even hundreds) of bands performing over the course of several days, music festivals offer an unbeatable mix of variety and quantity. But with so many festivals to choose from, it can be hard to know which ones are worth attending.

That's why we've put together this list of the best music festivals in the country. From coast to coast, these festivals offer something for every type of music fan, whether you're into rock, hip-hop, or anything in between. As the year winds down, you can catch some truly unmissable festivals over the next few months. At the same time, plan ahead and get your calendar sorted to potentially have the experience of your lifetime at some of the festivals scheduled for 2023.

The bottom line is that music festivals are a great way to see a variety of live music all in one place. They can also be a great opportunity to meet new people and explore different cultures. With so many different festivals to choose from, there’s sure to be one that’s perfect for you. So start planning your trip and get ready to enjoy the music! 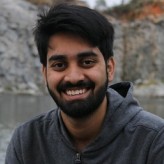