The Sound Inside Broadway Reviews – The Review Round-Up!

Described as thought-provoking and impressive theatre, The Sound Inside tackles seemingly depressing and controversial subjects with ample flair. Written by Adam Rapp, known for his narrative-led writing on plays like The Edge of Our Bodies, Nocturne, Essential Self Defense, The Sound Inside is powered by his effective writing style. This breathtaking play will fill you with dread and anticipation and leave you questioning what you witnessed for hours after the performance ends. Set in New Haven, The Sound Inside is the tale of Bella Baird, a 53-year-old Yale professor who has been diagnosed with cancer.

Baird, who also writes fiction, is working on finishing her last book before her terminal illness takes control and chooses to base it on a teacher who has cancer. During the course of the play, Baird involves a student from Vermont, Christopher Dunn in her writing process and the two share writing sessions. What happens when Bella makes an unthinkable request to Christopher? Will her book ever get written? Watch The Sound Inside to find out! The play is presently running at Studio 54 with previews having started on September 14th and the official opening on October 17th. The limited engagement play is set to close on January 12th 2020. Let's take a look at some of the popular The Sound Inside Broadway reviews. 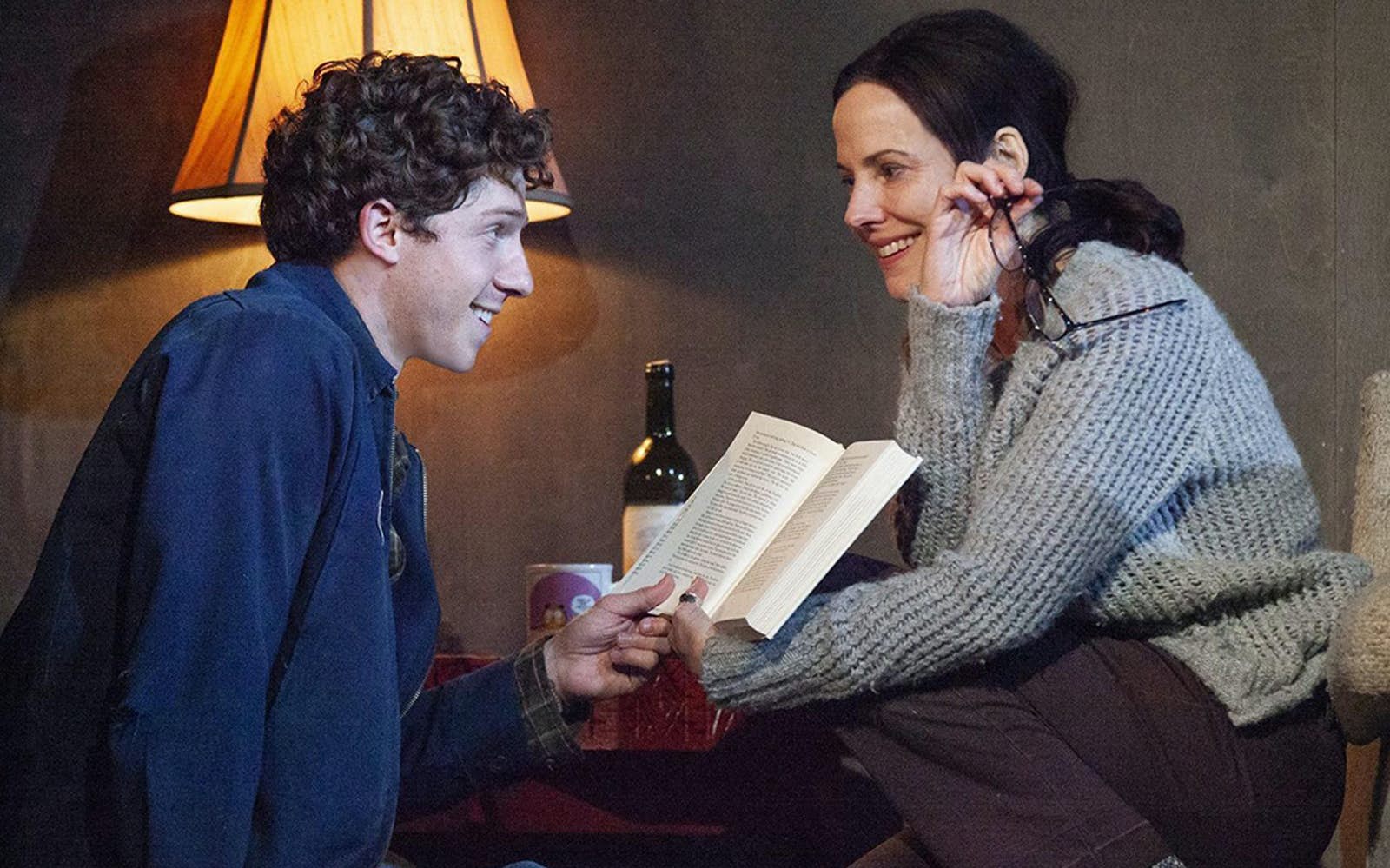 The Sound Inside Broadway Reviews | What The Critics Think

Here are some of the popular The Sound Inside Broadway reviews:

“Silence and darkness are key elements in the play's presentation, and Cromer works masterfully with his design collaborators — Alexander Woodward (sets), Heather Gilbert (lighting), Aaron Rhyne (projections) and Daniel Kluger (music and sound) — to coax scenes to life in isolated pockets of the blackened space, bathed in pools of suffused light. In a contemplative drama loaded with direct-address monologues, third-person narration and stories within the story, the director and playwright display an uncanny knack for drawing you in, as if providing access to the most private of thoughts and memories.”
- The Hollywood Reporter on the 2019 Broadway production

“Mary-Louise Parker will take your breath away with her deeply felt and sensitively drawn portrait of a tenured Yale professor who treasures great literature, but has made no room in her life for someone to share that love with. The other thesp in this two-hander is Will Hochman, endearing in the supportive role of a writing student who understands his odd-duck teacher and shares her values. Their intense Platonic relationship is all the more touching for being, of necessity, so brief and, in the end, so confoundingly dramatic."
- Variety on the 2019 Broadway production

“When I saw its world premiere at the Williamstown Theater Festival in 2018, it was already a gripping small-scale mystery, and a spectacular showcase for its star, Mary-Louise Parker. Now, having been put through Cromer’s less-is-everything makeover, it’s even more resonant on Broadway: a tragedy about fiction, both the kind we read and the kind we live."
- The New York Times on the 2019 Broadway production

The Sound Inside Broadway Reviews | Why You Must Watch The Show

One of the most anticipated plays of the 2019 season, The Sound Inside is classic Broadway at its best. Featuring a seemingly simple plot that unravels into something deeper and darker, The Sound Inside is a must-watch for many reasons. The biggest would be the Broadway return of Golden Globe, Emmy and Tony Award winner Mary Louise Parker in the lead role of Bella Baird. Parker is a stage veteran having been a part of Broadway blockbusters including The Show Geese, Four Dogs And A Bone, A Prelude to a Kiss and many others.

The team behind the stage is equally talented with Tony Award winner David Cromer handling director duties. Broadway whiz kid and Pulitzer Prize finalist Adam Rapp wrote the Sound Inside in 2018. The rest of the creative team includes Aaron Rhyne for Projection Design, Alexander Woodward for Set Design, David Hyman for Costume Design, and Heather Gilbert for Lighting Design. If you're looking for an interesting look at the human condition, The Sound Inside is the perfect show for you.

Constructed in 1927, Studio 54 is one of the oldest performance venues in New York City. The theatre is presently owned by the Roundabout Theatre Company, after going through several name changes and owners. Located at 254 West 54th Street, the theatre also houses a popular restaurant and nightclub; Feinstein's/54 Below. Studio 54 has hosted some iconic shows including Cabaret, A Streetcar Named Desire, Kiss Me Kate and more.

Studio 54 is a reasonably sized theatre with 1,006 seats in total. These seats are spread across three sections namely orchestra, mezzanine, and balcony.

Orchestra Level: The orchestra section has 15 rows in total starting from A and ending with P. This seating section is divided into one large section in the middle with two smaller sections on each side. The middle section holds a majority of the seats that are numbered consecutively between 101 to 123.

Mezzanine Level: The mezzanine section, one of the two elevated sections in the theater, is structured similarly to the orchestra section. It is also the smallest section in the theater with only four rows starting from AA and ending with DD.

Balcony Level: The balcony section is the second biggest section in the theatre and the farthest from the stage. It’s divided into three main subsections, left balcony, center balcony, and right balcony with two smaller subsections on each side. This section has 9 rows in total from EE to NN.

Premium seats: You'll find middle seats in the first couple of rows (A-D) of the orchestra section. The front few rows of the mezzanine section are also considered the best.