The Lincoln Centre for Performing Arts, where the Vivian Beaumont Theatre is located, is an internationally renowned centre that hosts many performing arts organizations. The Vivian Beaumont is the only Broadway class theatre that is not located in the Theater District near Times Square, and is instead, on the Upper West Side. Designed by Eero Saarinen, it has a capacity of 1047, and has hosted plays and musicals like Carousel, The Coast of Utopia, and A Free Man of Color.

Over it’s half a century long existence, the Vivian Beaumont Theatre has hosted some incredible Broadway production, such as Twelfth Night, The Merchant of Venice, A Streetcar Named Desire, In the Boom Boom Room, Anything Goes, Death and the King's Horseman, The Sisters Rosensweig, Carousel, Contact, War Horse, and most recently Oslo and Junk. In April 2018, the theatre played home to the 2018 Broadway revival of My Fair Lady, which is based on George Bernard Shaw's Pygmalion. If you’re looking to catch My Fair Lady, make sure to go through this extensive Vivian Beaumont Theater seating chart to find the best seats in the house. 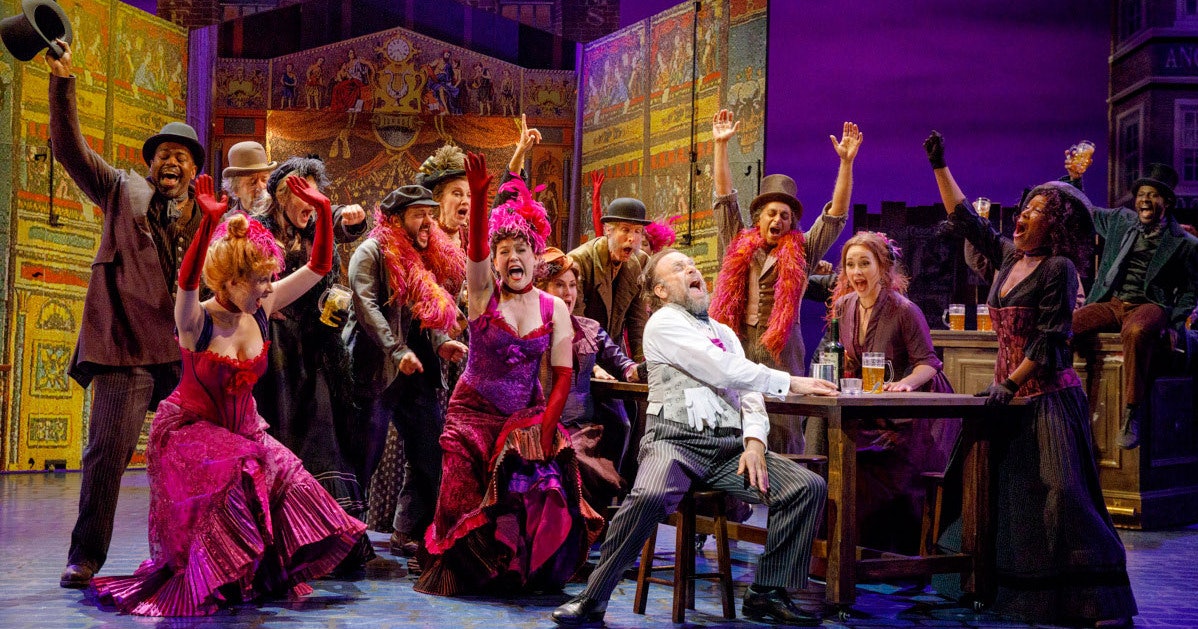 My Fair Lady made its debut in Broadway on March 15, 1956, and ran till September 29, 1962. It has been revived time and again, and its current revival began previews on March 15, 2018. The original 1956 production won six Tony Awards including Best Musical, and was hailed by The New York Times as “one of the best musicals of the century” . It was nominated for the 'Best Revival of a Musical' this year and won the Tony Award for Best Costume Design in a Musical in 2018. My Fair Lady also took home 2 Drama Desk awards, 5 Outer Critics Circle awards, and the Drama League award for Outstanding Revival of a Broadway or Off-Broadway Musical.

Lerner & Loewe’s My Fair Lady, is based on the play 'Pygmalion' by George Bernard Shaw and follows the story of Eliza Doolittle, a young Cockney flower seller on the London streets who wishes to work in a proper floral shop. She overhears linguistics professor Henry Higgins wager that he can make any woman pass for a high society socialite and she seeks him out and offers to be his subject. The linguistics professor, Henry Higgins is determined to transform her into his idea of a “proper lady", but who is really being transformed?.

These timings may be subject to change during the holiday period.

2 hours 55 minutes, with one intermission

Book Discounted Broadway Tickets and save $8 on your first booking. Use promo code GONYC

Orchestra: The Orchestra level is accessible via the elevator from the West 65th Street entrance or from the ramp from the box office level. Entrance is behind Row O and this row is the only one accessible to people using wheelchairs. There are approximately 1–2 steps down per row to all other rows, except Row P, which is 1 step up.
Loge/Mezzanine: The Mezzanine is called the Loge at this theater and due to structural limitations, this section is not wheelchair accessible. Located up 2 flights of stairs, 30 steps, the entrance is behind Row E, and there are approximately 1–2 steps down per row to reach all other Loge seats.

Restroom: There are 4 unisex restrooms located on the lobby levels of the Beaumont.
Assistive Listening Devices: Headsets and neck loops are available from the concessions bar in each lobby. A valid photo ID is needed to ensure return. A hearing loop is also installed in the Vivian Beaumont Theater and I-Caption is available for all post-opening performances.
Water Fountain: Accessible near restrooms on the lobby level of the theatre. Cups are available at refreshment facility.

3. Bar Boloud at Daniel: Whether pre-theater or post theatre, the three-course signature menu here delivers a stellar culinary experience in the most approachable, convenient format.

4. Lincoln Center Kitchen: A classic all-American restaurant embracing the landmark culinary traditions of the city, this kitchen celebrates timeless American cooking with a focus on regional flavors and global inspirations.

5. P.J Clarke's: An extensive menu from raw bars, blackboard specials, seafood and Clarke burgers; this place is the right place to eat your fill before a broadway experience.