It's time to holiday with Headout
Flat 8% OFF on all Headout experiences this holiday season!
Use Code
*coupon valid for the next 24 hours only.
About The Theatre
Seating Plan

The Theatre Royal Drury Lane is located in Covent Garden, Westminster. Since 1663, there have been four theatres at the same location, with the Theatre Royal Drury Lane being the last one. Therefore, this West End veteran, situated between Catherine Street (earlier named Bridges or Brydges Street) and Drury Lane, is the oldest London theatre still in use. The seating capacity of the theatre is 2,196, with 4 levels — Stalls, Royal Circle, Grand Circle, and Balcony. The current building was designed by Benjamin Wyatt. It is the only theatre in London to have two royal boxes in the auditorium.

Many notable performances have been staged in the Theatre Royal Drury Lane, especially musical theatre shows. Over the years, Rodgers and Hammerstein’s Oklahoma!, Julie Andrews and Rex Harrison starring My Fair Lady, Pulitzer Prize-winning A Chorus Line, and the dance-heavy musical 42nd Street have been some of its most popular presentations. The Theatre Royal Drury Lane underwent two years of refurbishment recently. It reopened in 2021 with the West End premiere of Frozen. Andrew Lloyd Webber is the present owner of the theatre.

West End theatres take inclusive access very seriously. The Theatre Royal Drury Lane has a special level access entrance on Russell Street for patrons who use wheelchairs. This entrance leads to wheelchair spaces in the Stalls. Two adapted toilets are also available through this entrance. Non-transferable wheelchair spaces may be booked on all levels except the Balcony. The Theatre Royal Drury Lane is also equipped with a lift at all levels. The staff is trained to provide assistance as well.

Assistive Listening System: Audio enhancement services can be arranged for patrons who need them. They may be provided through the guests’ own phones and earphones or other devices. Depending on the production, Theatre Royal Drury Lane hosts periodic accessible performances, including Audio-described, Captioned, BSL Interpreted, and Relaxed performances.

Cloakroom: No cloakroom services are available.

Guide Dogs: Guide dogs are welcome at the Theatre Royal Drury Lane. You can also request the theatre staff to look after your dog while you watch the show.

Toilets: Wheelchair-accessible toilets are available at all levels of the Theatre Royal Drury Lane, except the balcony. There are two on the Stalls level and one each on the Royal Circle and Grand Circle levels.

1. FishWorks (Covent Garden) : A live cooking counter for seafood and a chic oyster bar — Fishworks is every seafood lover’s dream come true. As popular with corporate clients as well as theatre-goers, this is a spot that should not be missed.

2. Bodean's BBQ (Covent Garden): For a classic barbeque experience, Bodean’s BBQ is a go-to. Their American dishes are also very popular for a quick before-show snack.

3. Gelatorino: Want to hit a quaint cafe for coffee and desserts after a show? Gelatorino has you covered. Try out their sweet delights, especially the ice cream and sorbet for a culinary experience that will transport you to Italy with every bite.

4. Tuttons: Serving traditional British food, this restaurant has been around for a long time and is a favourite amongst tourists and locals alike. Their cocktails and bar snacks will make for the perfect after-show revelry for theatregoers.

Where is the Theatre Royal Drury Lane, London, located?

What is the seating capacity of Theatre Royal Drury Lane, London?

Yes. Since Theatre Royal Drury Lane welcomes guests with special needs and strives to make the show accessible for everyone, accessible seating is available at the venue.

What are the facilities available at the Theatre Royal Drury Lane, London?

Assistive Listening System, bar, accessible toilets and sitters for guide dogs are some of the facilities available at Theatre Royal Drury Lane.

Which is the nearest tube station to Theatre Royal Drury Lane?

Covent Garden is the closest tube station to the Theatre Royal Drury Lane, served by the Piccadilly line. Charing Cross and Temple tube stations are also about 12-15 minutes away. 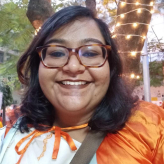