Based on the seminal album Jagged Little Pill by Alanis Morissette, this musical of the same name is just as emotionally rich and thematic as the album. Unlike most other jukebox musicals, Jagged Little Pill doesn't outright take songs from Morissette's album but finds plausible ways for the songs to fit the original story that's been created for the stage. After a stellar run in Cambridge, Jagged Little Pill is making its way to Broadway with previews scheduled to begin from November 3rd, 2019. The musical is definitely recommended for fans of Alanis Morissette and her edgy style of music but even if you're not too familiar with her, there's more than enough to appreciate and experience in the show! Read some of the top Jagged Little Pill musical reviews below. 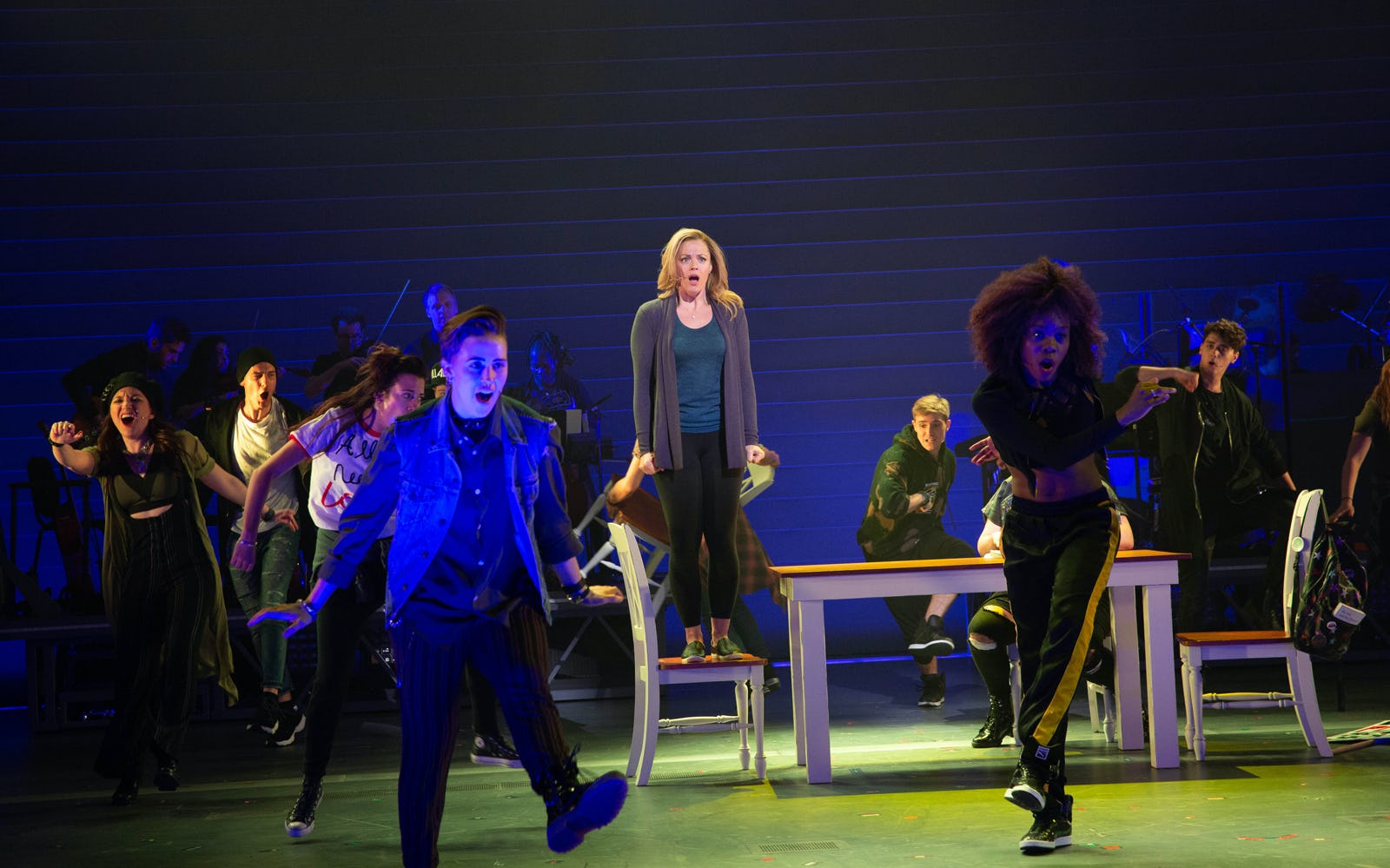 Here are some of the popular Jagged Little Pill musical reviews:

“Jagged Little Pill is the passionate if overwrought Alanis Morissette jukebox musical at the American Repertory Theater’s Loeb Drama Center here. The show, with a book by the screenwriter Diablo Cody (“Juno”) and staging by director Diane Paulus (“Waitress”), takes on the good work we are always asking new musicals to do: the work of singing about real things.”
- NY Times on the Cambridge Production in 2018

“Always engaging, often moving and even rousing, the show boasts dramatic interest and integrity on its own theatrical terms, courtesy of director Diane Paulus (Waitress, Pippin), first-time librettist Diablo Cody (Tully, Juno) and that peerless, soulful balladeer of the modern Western condition, Alanis Morissette."
- Variety on the Cambridge Production in 2018

“Morissette, Cody and director Diane Paulus layer on the darkness — the dreamy, disassociation with which they imbue the rape scene is rightly horrifying. But both Morissette and Cody fill their art with defiance and rebirth. Morissette writes simple songs with anthemic lyrics and irrepressibly lovable melodies; Cody has an ability to find cheeky, cutting humor in suburban shadows."
- The Boston Herald on the Cambridge Production in 2018

Note: Broadway Reviews of Jagged Little Pill will be updated as and when they become available.

Jagged Little Pill Broadway Reviews | Why You Must Watch The Show!

Alanis Morissette became the voice of the 90's generation with her angst-filled and emotionally resonant lyrical content and equally powerful vocals. Jagged Little Pill became an instant classic upon its release in 1995 and went on to win 5 Grammy Awards. The musical Jagged Little Pill while featuring a completely original story, pays homage to the album by sharing its thematic content. Watch the show for its stirring story of the Healy family as they grapple with their identities while attempting to maintain a seemingly normal outward appearance. Featuring songs like Uninvited, Thank U, You Oughta Know, and many others, Jagged Little Pill is an experience unlike any other!

The biggest seating section in the theatre, the orchestra level has a total of 703 seats which are spread across 20 rows. Opt for seats in the center orchestra subsection for the best views of the stage.

Orchestra Level: The biggest seating section in the theatre, the orchestra level has a total of 703 seats which are spread across 20 rows. Opt for seats in the center orchestra subsection for the best views of the stage.

Value-for-money seats: Opt for center seats in rows C to F for great views of the stage without paying too much. Also, seats in row F to O of the center orchestra section value for money.

Premium seats: If money isn't a concern, book middle seats in rows D to K for the best view of the stage. The front row of the mezzanine section is also considered premium. Enjoy Jagged Little Pill on Broadway at a discount.