It's time to holiday with Headout
Flat 8% OFF on all Headout experiences this holiday season!
Use Code
*coupon valid for the next 24 hours only.
About Theatre
Seating Chart

This guide on the Helen Hayes theatre seating chart will help you find the best seats in the house. Get real-time seat availability and pricing, insider tips on the best seats and more.

Helen Hayes theatre has a fairly simple design and seating arrangement, owing to its small size. The 597 seats in the theatre are divided across two sections, orchestra and mezzanine, both of which have different sizes. Let’s look at both sections in detail. 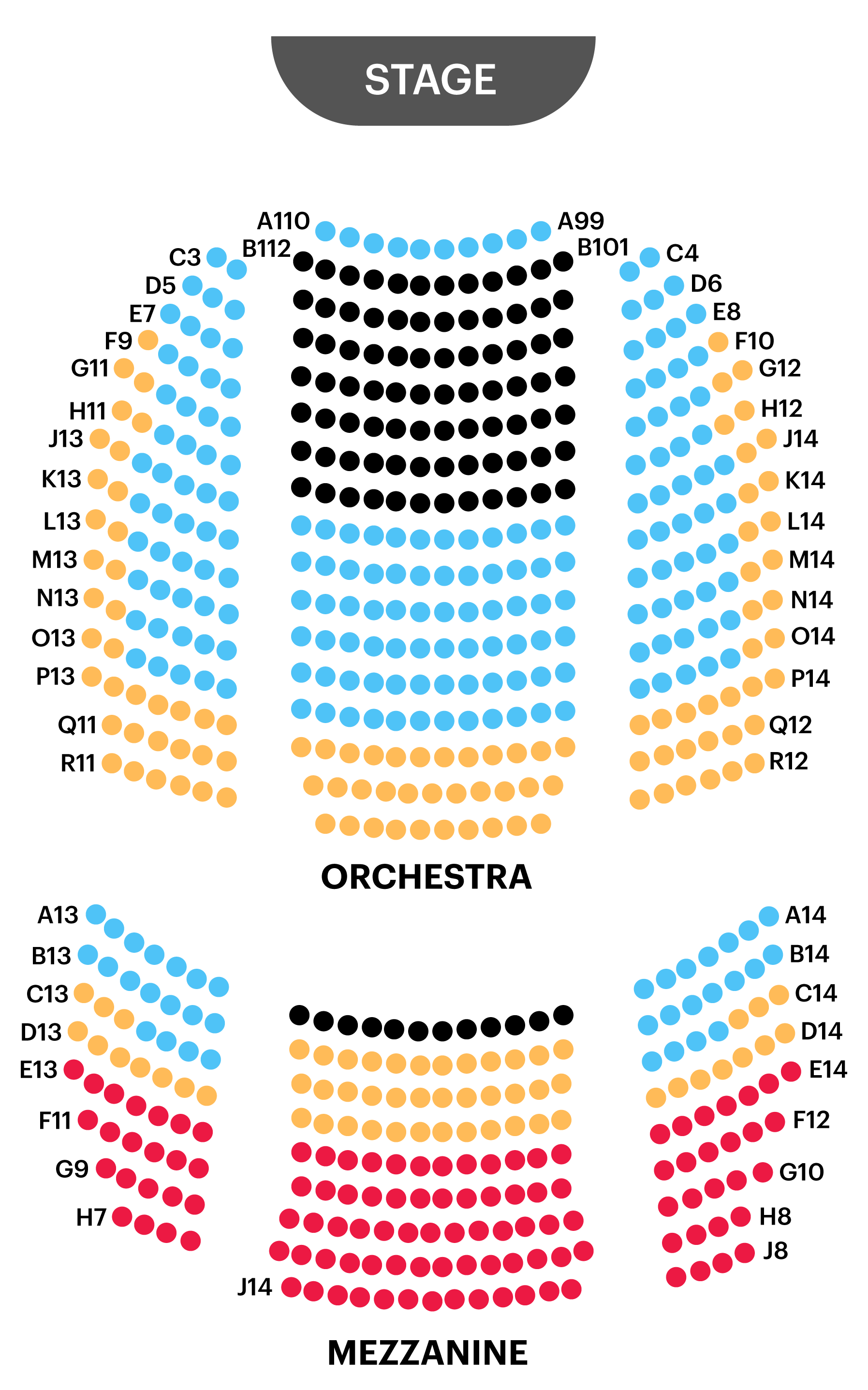 The left orchestra seats are odd numbered and fall in the range of 1 to 13 while the right orchestra has even numbered seats that fall in the range of 2-14. The orchestra section has 17 rows in total starting from BB and ending with P. Unlike most Broadway theatres, all the three orchestra subsections have the exact same number of rows, which brings a sense of uniformity in the grand scheme of things and ensures that the view from all the seats is pretty good.

Just like the orchestra, the Helen Hayes theatre mezzanine section is divided into three major subsections with varying number of seats, bringing the total count to 218 seats.

Helen Hayes theatre is a tiny theatre seats spread across only two sections and picking the best seat in this case can be harder than it looks. Luckily, we’re here to guide you.

Another option for the best seats in the theatre would be the middle seats of the mezzanine section, mostly due to their elevation. Specifically, the seats 101 to 114 in rows A to C, are preferred by many. Some past viewers have complained about the seating in the mezzanine section being too cramped, so consider that before picking your seats.

As you would expect, best equals expensive and that stands true in the case of Helen Hayes theatre as well. The best seats, premium orchestra and front mezzanine, are also some of the most expensive in the theatre. If you’re unwilling to spend too much on a Broadway show, we have a solution you’ll thank us later for; seats that offer a good view and aren’t too expensive.

In the orchestra section, seats in the middle rows (F to M) are relatively cheaper than the premium orchestra seats while offering a good look at the stage. When it comes to the mezzanine section, the middle two sections, both odd and even numbered have good seats in rows D and F.

If you're planning your trip for a future date, you can book your tickets up to 90 days in advance on Headout.

Have further questions about the Ambassador Theatre seating chart? Need details about specific seats? Just drop your question in the comments below and we’ll get back to you!

How many sections does Helen Hayes Theatre have?

The Helen Hayes theatre has a seating capacity of just 597 seats, which officially makes it the smallest theatre on Broadway. Since it's a small theatre, Helen Hayes only has two seating sections namely, orchestra and mezzanine.

Where are the best seats in Helen Hayes Theatre?

Mezzanine - Middle two sections, both odd and even numbered have good seats in rows D and F. Row A in Orchestra and Row A in front and rear Mezzanine.

What is the seating capacity of Helen Hayes Theatre, New York?

The Helen Hayes theatre has a seating capacity of just 597 seats, which officially makes it the smallest theatre on Broadway. Since it's a small theatre, Helen Hayes only has two seating sections namely, orchestra and mezzanine.

Which section has wheelchair accessibility at Helen Hayes Theatre?