Duchess Theatre London: Home of The Play that Goes Wrong

Located in Catherine Street in the City of Westminster, Duchess Theatre London is one of the smallest West End theatres. The theatre, with a proscenium arch, was designed by Ewen Barr and constructed by F. G. Minter Ltd. Built with the stalls below street level, the theatre has a unique design. The interior decoration scheme was introduced in 1934 under the supervision of Mary Wyndham Lewis. The theatre opened on 25 November 1929 with a play called Tunnel Trench by Hubert Griffith. Some notable productions at The Duchess Theatre include Noel Coward's Blithe Spirit, Tom Eyen's The Dirtiest Show in Town, and Oh! Calcutta!, which transferred to the Duchess Theatre from the Royalty Theatre in December 1974, and remained there until 1980.

Now Playing at the Duchess Theatre

The Play that Goes Wrong 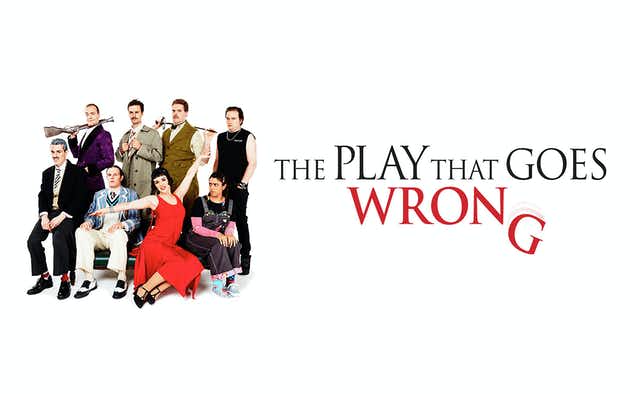 Written by Henry Lewis, Jonathan Sayer, and Henry Shields of Mischief Theatre Company, The Play That Goes Wrong first premiered in London in 2012 at the Old Red Lion Theatre, before moving to Trafalgar Studios in 2013. After a successful opening in January 2014, the official UK tour, which lasted 7 months, was launched at the Marlowe Theatre in Canterbury.

The play returned to West End on September 2014 at the Duchess Theatre where it has been playing ever since, with bookings open till September 2018. In 2017, the Olivier-winning comedy also made its Broadway debut at the Lyceum Theatre.

The play revolves around the the Cornley Polytechnic Drama Society, who are tackling the stage production of The Murder at Haversham Manor. This 1920s murder mystery has just the right number of parts for the actors, and things seem to be going alright, until they don’t. Floors collapse, props don’t stay at their places, a disaster of misplaced drinks leads to some not-so-sober actors, cast members break characters and forget lines, and a bucketful of other disasters befall the production. It’s a classic murder mystery but not the kind you think it is.

Book The Play that Goes Wrong tickets and save £7 on your first booking. Use promo code: GOLDN

The Duchess Theatre is accessible from Catherine Street via a shallow step and a slight slope. There are 21 steps down to the Stalls and 12 up to the Dress Circle; staircases have handrails on both sides.

There are dedicated wheelchair spaces in N1 and J14 of the Stalls. If you can transfer from your chair, then you can take any seat in the Dress Circle, which is up 12 steps from the theatre foyer. F1 and F22 of the Stalls have the most legroom but are not dedicated disabled seats.

Wheelchair users who prefer to remain in their chairs can access the Stalls via the theatre's AAT Major Stair Climber. To use the stair climber, you must arrive at the theatre at least 45 minutes in advance and the theatre needs to be informed in advance.

Assistive Listening System: There is an infrared system with headsets which patrons are welcome to use. Please enquire at the Box Office on your arrival.

Bar: There are 2 licensed bars in the Duchess Theatre; the Foyer Bar and a second bar 3 steps down the Stalls. The staff can bring drinks to disabled customers.

Cloakroom: The cloakroom is at the Stalls level.

Toilets: There are male and female toilets by the Stalls and the Dress Circle. There’s also a specially adapted toilet at the rear of the Stalls.

3. Indigo at One Aldwych: Indigo is just a stone's throw away from West End. With gluten-free and dairy-free options available, this Covent Garden restaurant is suitable for everyone.

Where is the Duchess Theatre, London, located?

What is the seating capacity of Duchess Theatre, London?

The Duchess Theatre, London can accommodate up to 1929 people.

Yes. Since Duchess theatre, London welcomes disabled guests and strives to make the show accessible for everyone, accessible seating is available at the venue.

What are the facilities available at the Duchess Theatre, London?

Bar, booster cushions, washrooms, and assistive learning system are some of the facilities available at teh Duchess Theatre.

Has the Duchess Theatre been granted the See it Safely mark from the Society of London Theatre?

Yes, Duchess theatre has been granted the See it Safely mark by the Society of London Theatre.

How can I reach Duchess Theatre, London?

You can reach Duchess Theatre, London via bus, cab, and rail.

Which is the nearest tube station to Duchess theatre?