Two-time Olivier Award winner Derren Brown makes his triumphant debut on Broadway with Derren Brown: Secret. After mesmerizing millions around the world with a Netflix special and an equally successful off-Broadway production, the master illusionist and mentalist returns to New York City for a limited engagement at the Cort Theatre. Brown is known worldwide for his many television specials including Trick of the Mind, Mind Control and more! A gloriously theatrical event unlike any other, Derren Brown: Secret will take you on an unforgettable journey as you take a closer look at the stories and beliefs that guide our lives. The Broadway production began previews on September 6th, 2019 and officially opened on September 15th. The limited engagement is scheduled to close on January 4th, 2020. In this post, we'll take a look at Derren Brown: Secret Broadway reviews, our opinions on why you must watch the show, and essential seating chart tips. 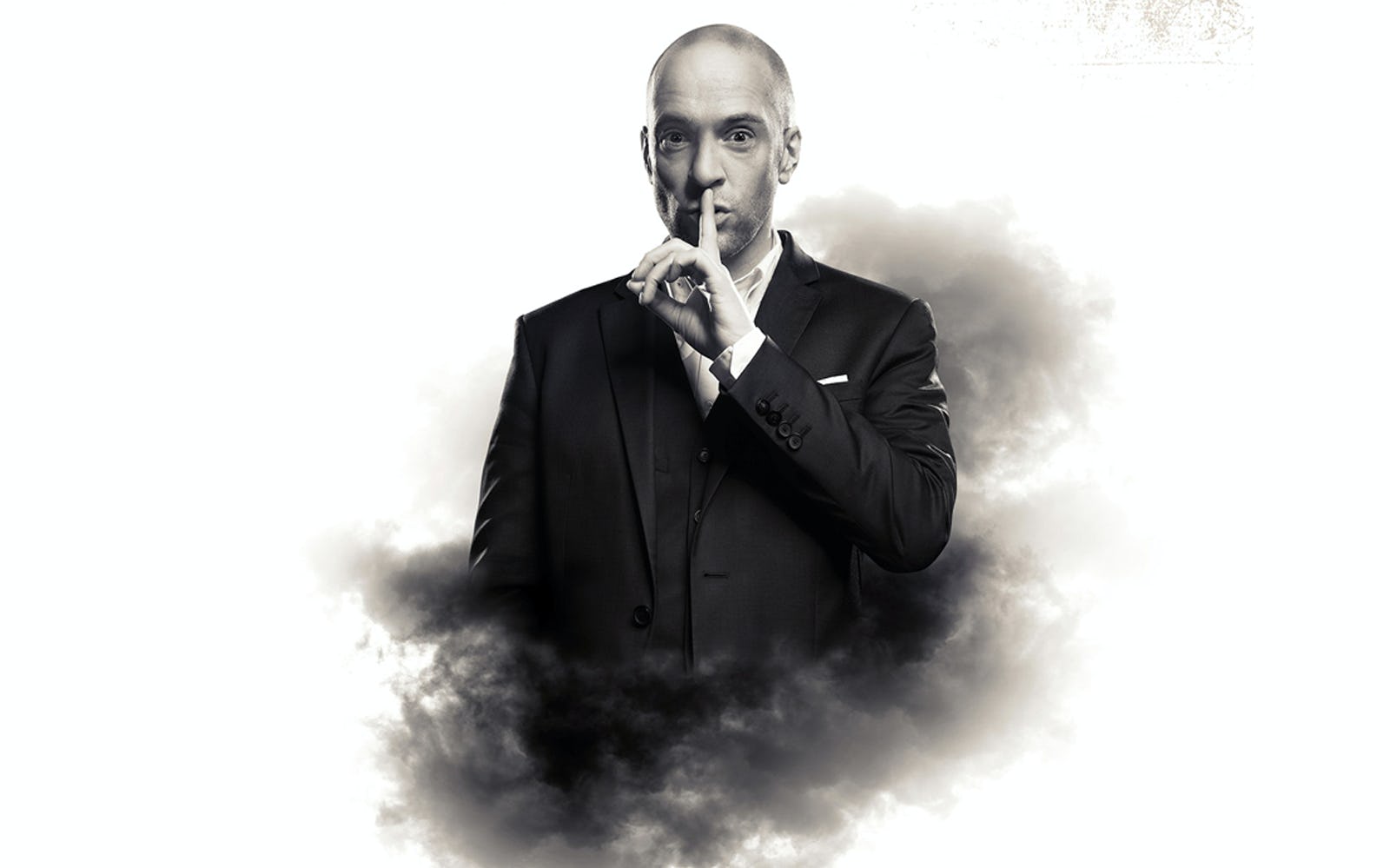 “A larger theater here — and potentially on tour — simply means there’s more marks happily willing to join this community of fools. That shared sense of surprise is just part of the fun of the show; the other part is its down-to-earth thesis that offers a glimmer of false hope that the ruse can fail.”
- Variety on the 2019 Broadway Production

“This one-mentalist show, in which Mr. Brown peers into the minds of his audience, offers exhilaration and comfort to New York City’s head cases."
- NY Times on the 2019 Broadway Production

“The show, directed by Andy Nyman and Andrew O'Connor, who co-wrote the material with Brown, is infused with a theatrical polish that makes its substantial running time fly by. By the time it's over, you'll be thrilled you've been so oblivious to the evening's devilish machinations that you somehow didn't see a man in a gorilla suit snatching a banana from a podium onstage in plain view. Not once, but twice."
- The Hollywood Reporter on the 2019 Broadway Production

“Stunning. Captivating. Thoroughly entertaining from start to finish. Etc. Even his previous Netflix specials can’t quite capture the dizzying buzz of watching him do what he does in person."
- Deadline on the 2019 Broadway Production

Derren Brown: Secret Reviews | Why You Must Watch The Show

After dazzling audiences around the globe with his television shows and coming off of a sold out, critically acclaimed run off-Broadway show at the Atlantic Theater Company, Derren Brown: Secret is heading to Broadway to delight audiences all over again. A spectacular, jaw-dropping experience awaits you at the Cort Theatre as Brown puts out all his gifts on display in a spectacular, theatrical event. From head-scratching mind games to tricks that'll leave you shocked, the Derren Brown: Secret Broadway spectacular is a must watch. Brown shares writing duties for the show with Andy Nyman and Andrew O'Connor, with the latter co-directing as well.

One of the oldest, still active theatres in New York City, the Cort Theatre was established in 1912 and hosted iconic productions including Breakfast at Tiffany's, The Blue Room, The Cripple and the Irishman, King Lear and many others. The theatre is located at 138 West 48th Street and has been hosting Derren Brown: Secret since September 2019.

The Cort is a reasonably sized performance venue with a total seat count of 1082. These seats are spread across three primary sections orchestra, mezzanine and balcony.

Mezzanine Level: The first of two elevated levels in the Cort Theatre, the mezzanine is the smallest seating section in the house with only 264 seats. There are eight rows in this section and the front row houses some of the best seats in the theatre.

Balcony Level: The final seating area in the Colt Theatre is the balcony with a total of 301 seats. This section too is divided into three subsections and has 8 rows in total.

Value-for-money seats: Opt for middle seats in rows E to J of the orchestra section to find seats that offer great views without costing as much as premium seats. You'll find good seats in rows D to J. In the balcony section, rows A to C are value for money.

Premium seats: Book middle seats in the premium orchestra section from rows A to D for the best viewing experience possible.