The capital of Greece-Athens is one of the oldest cities in the world. The city is more than 3,400 years old! Athens is believed to be the bedrock of Western civilization and the city is often referred to as the birthplace of democracy, arts, and the sciences.

Why Explore Museums in Athens

Athens, the historical capital of Europe, is often called an ‘open-air museum’. The reason behind this is that wherever you go in Athens, you are guaranteed to find some ruins or relics that will transport you back into Ancient Greece.

All the museums in Athens boast sculptures, artworks, frescoes, statues, and other artifacts that can help you delve into the rich cultural heritage of Ancient Greece-a heritage that is steeped in magic and mythology. If you are a history buff and love art, Athens has a lot to offer! Each of its Museums will take you through the different eras of Grecian history and their respective cultures. It's amazing how some of the stunning artifacts displayed in the museums here are actually ancient interpretations of modern-day objects!

The National Archaeological Museum gives an informative and detailed insight into the ancient Greek era. The museum is home to a life-size statue of Athena, the Greek goddess of wisdom and war. Sculpted from marble, the glorious statue of Athena is simply exquisite! You can take a walk around the statue to see all the tiny details that make this statue one of the best-preserved artifacts in Athens. The statue also gives a beautiful insight into the creativity and ingenuity that ancient Greek artifacts are known for.

The Parthenon in Athens is one of the most stunning examples of classical Greek architecture. Though most of the sculptures inside the Parthenon were lost, its frieze and metopes have been beautifully preserved with other Greek artifacts in the Acropolis Museum. The west frieze of the Parthenon may have been created by Phidias because of its vivid detail and exceptional artistry. This ancient Greek artifact shows a bearded rider trying to restrain his spirited horse. The face of the rider has been lost, but many believe him to be Theseus-the mythical King of Athens, who united all the scattered Athenian settlements of ancient Greek.

The south metope of the Parthenon is also displayed in the Acropolis Museum. The metope is believed to showcase either of the two main themes-first is the mythical battle between centaurs and the Lapiths and the second is the battle or seizing of Lapith women by centaurs. Historians are also divided on what this artifact in Athens could symbolize. It could either be a testimony to Athens' mythical past or it could showcase a wedding scene from the place of Peirithoos in Thessaly.

Housed in the Delphi Archaeological Museum, the ‘Charioteer of Delphi’ is one of the best-known statues of ancient Greek. Cast in bronze, the life-sized statue is considered to be one of the best-preserved examples of classical bronze Greek artifacts, dating back almost 2,500 years. The statue commemorates the victory of the tyrant Polyzalusa and his chariot in the Pythian games of 470 B.C. Made by Pythagoras, the statue shows the driver of a chariot race presenting his chariot and his horses to the spectators after emerging victorious in the chariot race.

Another must-see ancient Greek artifact is the statue of ‘Hermes and the Infant Dionysus’. Early historians believed that this sculpture was crafted by Praxiteles, but many modern historians have a different take on this now. Displayed in the Ancient Olympia Archaeological Museum, this statue is one of the most cherished artifacts in Athens. The ancient statue was rescued from the ruins of Olympia and shows Hermes carrying the infant Dionysus. Hermes is the Greek God of trade, commerce, athletes, and sports whereas the infant Dionysus was the ancient Greek God of wine, fertility, ritual madness, theatre, and religious ecstasy.

Each of the Museums in Athens has unique collections that will give you a wonderful insight into the history and culture of the different Greek eras. You can decide which museums you would like to visit and plan your trip to Athens accordingly. These are a few must-visit museums in Athens that you should definitely take the time to explore.

Best Museums in the World

Best Time to Visit
Winters. After 10am or in the late afternoon during the summer
Recommended Duration
2 Hours

Everything went perfectly for me and my wife, we simply placed the tickets on the control screen and were received in with all the quality provided by such a scenery and historical ensemble. Thanks a lot, we'll definitely recommend it to friends and return there, of course.

Highly recommend accessing through the side entrance - the skip the line tickets saved us so much valuable time, was great!

It really lived up to all the expectations, giving the necessary level of independence while inside and helping out when there were questions. One remark, if I may. I think that applications like this need to have a brief version - with the highlights as already there -and additional texts and or audio files to be activated if needed. Even the pricing could be different. Thank you!!!

Probably the best antiquities museum in the world, with a wealth of artifacts that one sees only in history books! Time to invest into the building itself though. Old dirty windows diminish the grandeur of the treasures inside and disgusting toilets are not appropriate for the numbers of visitors the museum attracts. The experience would be magnified if a digital guide system is being introduced.

The Benaki Museum of Greek Civilization was founded by Anthony Benakis, who eventually donated the museum to the Greek government in 1931. The Benaki Museum in Athens is located in one of the most beautiful neoclassical buildings in Athens. It is situated near the Hellenic Parliament and the National Gardens. The Benaki museum is the only museum in Athens that has collections that feature all the different eras of Greek history. The collections at the Benaki Museum are arranged diachronically and start from prehistory to the 20th century. In addition to this, the museum also displays some beautiful pieces of Asian art. The Benaki Museum boasts permanent collections that include Prehistoric, Greek, and Roman Art, Byzantine Art, Historic Heirlooms, Post-Byzantine and Neo-Hellenic Art, and a one-of-a-kind Collection of Paintings, Drawings, and Prints.

I strongly recommend this tour. Our driver was excellent on narrow Greek roads. Our guide was very knowledgeable and enthusiastic about Greek history and Delphi.

Great tour, allowed me to confortably just be concerned about the experience and not the logistical details, recommend!!

Compared to the other museums in Athens, the museum of Ancient Agora is relatively small. The museum is housed in the Hellenistic Stoa of Attalos, a reconstructed building dating back to 150 B.C. If you are looking to learn about the functioning of Athenian democracy, the Museum of Ancient Agora will give you a comprehensive insight into the workings of the government. In fact, the museum exhibits the best collection of artifacts related to Athenian democracy during the Classical period, since Agora was the focus of the public life of the city. Apart from this, the Museum of Ancient Agora also displays artifacts and daily objects from the stone age. All the artifacts in the museum are displayed behind glass, so make sure that you don’t touch any of the displays when visiting the museum.

A great history lesson on democracy. A must-see for anyone visiting Athens!

Cycladic culture blossomed during the Early Bronze Age in the islands of the Central Aegean and owing to this, the Cycladic Museum of Art was constructed in Athens. The museum hosts one of the best and largest collections of Cycladic art in the world. Cycladic art mainly includes small marble sculptures and statuettes. In fact, the abstract form of the Cycladic figurines has influenced innumerable 20th and 21st-century artists such as Constantin Brancusi, Amedeo Modigliani, Alberto Giacometti, Barbara Hepworth, Henry Moore, and Ai Weiwei. Cycladic Art is known for its ingenuity and artistic merit. Although this art form appeals to modern art connoisseurs because of its almost translucent whiteness, many creators of this form of art have started adding color to their creations for both practical and symbolic reasons.

All the museums in Athens are not limited to showcasing ancient Greek artifacts, some museums in Athens also cater to different things. One such museum is the Museum of Illusions. This museum in Athens will make you experience sensory, visual, and educational illusions. With more than 15 exhibits, the Museum of Illusion is bound to be a sensory overload for you and your family. If you want a break from history and art, visit the museum with your family and enjoy a great day out with them. Perfect for entertainment and socialization, the Museum of Illusion is a fun and interesting Museum to visit in Athens that will be enjoyed by parents, children, and even grandparents! To remember this unique experience in Athens, be sure to stop by their in-house gift shop as well.

A lot of interesting things. Kids over 6-7 will be wowed!

As the name suggests, the Hellenic Motor Museum in Athens is essentially a car museum. The museum has the best collection of cars, which are divided into seven categories. These categories are antique, veteran, vintage, post vintage, classic, post-classic, and modern. The Hellenic Motor Museum is located in Central Athens and is situated pretty close to the National Archaeological Museum. So if you are interested in learning about cars and ancient Greek history and art, you could visit both these museums in one day. The three-floored Hellenic Motor Museum in Athens has a collection of more than 110 cars from the 19th and 20th centuries. They even have an exhibition dedicated to showing the evolution of the car from prehistoric times to modern times.

Most Important Museums in Greece

Tips to Visit Museums in Athens

What are the best Museums in Athens?

Among the top museums in Athens are the The Acropolis Museum, National Archaeological Museum, Benaki Museum, and the Kostanas Museum.

What are some private collections of Greek Artifacts?

The Benaki Museum, Kostanas Museum, and the Museum of Cycladic Art have some private collections of Greek artifacts.

Are Museums free in Athens?

Ticket prices vary from museum to museum. Some museums in Athens provide free entry on certain days and some museums have an entrance fee. Museums in Athens also offer discounted rates for certain groups of visitors such as children, senior citizens, and students. We recommend that you check this before planning your visit to any museum in Athens.

Which is the newest museum in Athens?

The Museum of Illusions and Kostanas Museum are the newest museums in Athens. The Hellenic Motor Museum was also built in 2011 in Athens.

Are there any restrictions I should know beforehand for entering museums in Athens?

Flat 5% off on your next booking with Headout when you use promo code '5OUT'! 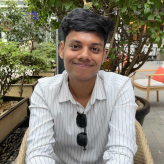 Spontaneity and adventure defines Rohit's character. If not with a book in hand, you'll often find him pondering over existentialism or flailing on a yoga mat. He loves listening to The Beatles and is still thinks Interstellar was a masterpiece. His love for literature paved way for travel writing and now he amazes himself with experiences that are more than he can withhold.