Truth, beauty, freedom, and love - Moulin Rouge! is a heady concoction that will leave you giddy with excitement. Based on the movie by Baz Luhrmann, the jukebox musical brings the revelry of the cabaret to Broadway. The classic love triangle of a struggling writer falling for a mesmerising dancer and threatened by a powerful duke is brought to the stage by Alex Timbers. The non-stop collection of songs from the 1940s to the latest numbers by Lady Gaga and Adele ensure your earworm is satisfied!

The ridiculously grand sets blur the line between stage and cabaret, making for an immersive theatre experience. Watch Moulin Rouge! the best musical to hit Broadway this summer at the Al Hirschfeld Theatre.

Moulin Rouge! has a creative team that includes the who’s who of theatre industry; it is based on the book written by John Logan and directed by Alex Timbers. Orchestrating the music of Moulin Rouge! is Justin Levine, which also features spectacular choreography by Sonya Tayeh, and extravagant costumes by the legendary Catherine Zuber. Derek McLane designs the beautiful sets with the iconic red windmill. Karen Olivo, who plays Satine, leads the cast; the rest includes Aaron Tveit (Christian), Danny Burstein (Harold Zidler), Sahr Ngaujah, Tam Mutu, Ricky Rojas, and Robyn Hurder. 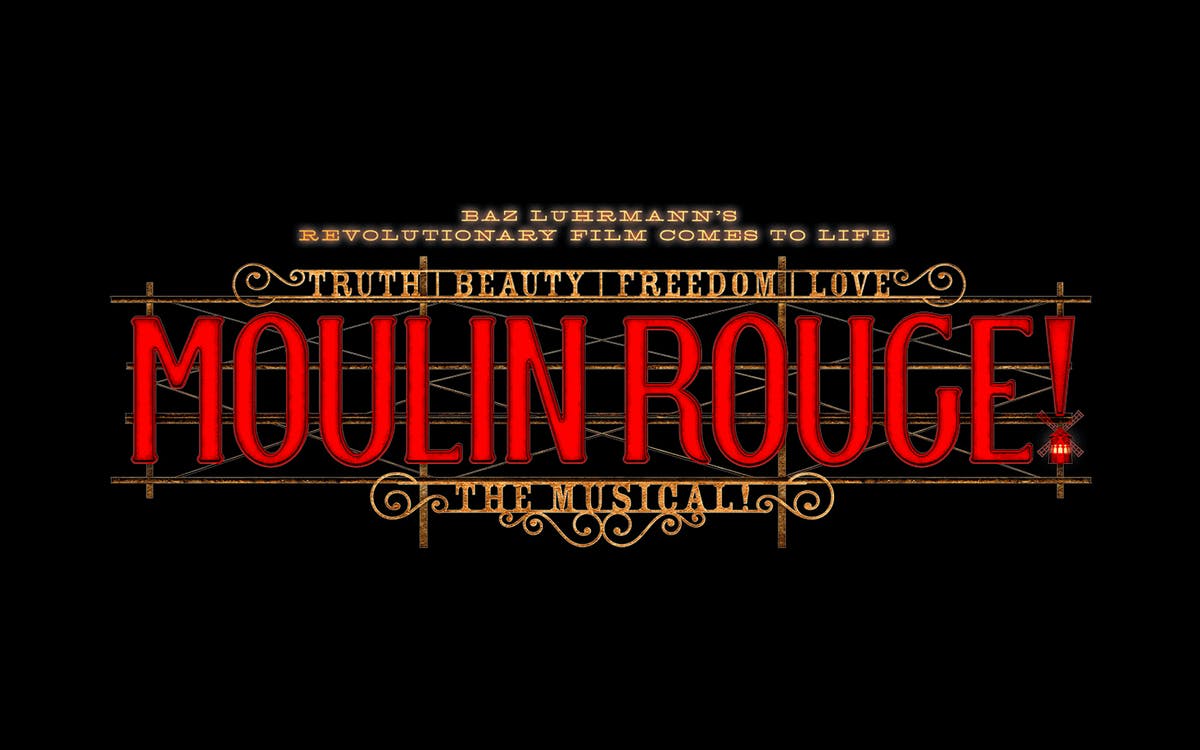 Based on the book by
John Logan

Seating
The Al Hirschfeld Theatre has a seating capacity of 1,437.

Looking out for discount on Moulin Rouge Broadway tickets !

Have a look at the real-time seat availability and prices of different sections for Moulin Rouge. In the interactive seat-map, select the date that you would like to watch the show and check out the seats available for that day. You can filter the seats as per your desired price range and purchase tickets directly.

Use promo code and save $8 on Moulin Rouge Musical Tickets

Moulin Rouge! The Musical first premiered at the Emerson Colonial Theatre in Boston in June 2018. The Broadway production will premiere at the Al Hirschfeld Theatre with previews from June 28th 2019 and opening night on July 25th 2019.

“‘Moulin Rouge! captures the sensibility of a movie-loving movie in a theatre lover’s language. The glamour is still here, but there’s a lot more grit.”
- New York Times

“You can’t spell 'Moulin Rouge! The Musical' without 'outrageous' and creators are committed to finding the right balance between a story that will engage and move us, and a visual and aural environment that can, and does, blow us away.”
- Variety

For those looking to book discounted Moulin Rouge Broadway tickets online, platforms like TodayTix and Headout are your best bet, as they source tickets directly from the box office and scour the internet for any discount codes available for these shows. Any price advantages are then passed on ensuring that you are paying the lowest prices.