Things to do in Sydney Sydney Travel Guide Vivid Sydney

Best described as an annual, spectacular melting pot of light, music and ideas; Vivid Sydney is a three-week long event that showcases the very best of Australia. Light, music and ideas aren't just mere words used to prop up Vivid Sydney but the very foundation of the event. All three weeks of the event witness a dazzling selection of immersive light shows, killer performances by international and local artists and interactive forums where ideas can be exchanged.

The 2022 edition Vivid Sydney is set to run from 27 May to 18 June 2022. The best part? All light shows are absolutely free and you have to pay only for the music and ideas events! If you live in Sydney or are planning to visit the Harbour City, Vivid Sydney should definitely be on your radar of things to experience. 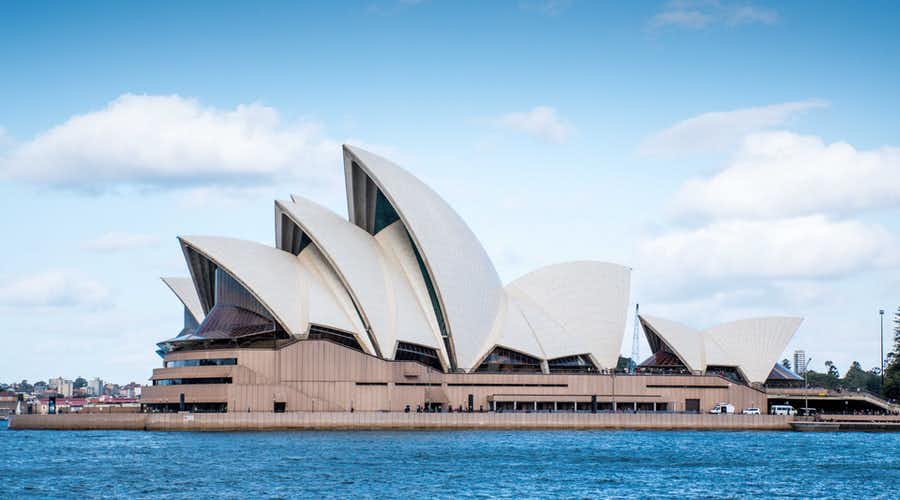 Vivid Sydney was described as a must experience event in the previous paragraph. Why is that? Well, to begin with, the event is unlike anything you have ever experienced. There's no event which blends art, music and creativity in such fine fashion as Vivid Sydney. What began as a low key Smart light festival to promote energy efficiency in 2009 has grown to include the arts and culture scene of Australia itself. In 2017, the event attracted over 2.3 million visitors and contributed over $143 million into NSW's visitor economy!

A magical glimpse of the illuminated Sydney skyline is reason enough to attend Vivid Sydney but when you combine it with everything else the event stands for, both in terms of promoting local talent and showcasing the rich and fascinating culture of Australia, there's really no reason to skip it!

Considered the star attraction of the Vivid Sydney festival, Vivid Light features mesmerizing light installations and projections, all on display outdoors. What makes these light shows special is the way Sydney's iconic landscape is used to make the showcase even more memorable. The 2019 edition of the Vivid Light show will be organized across eight precincts across the city, including Luna Park, Chatswood, Taronga Zoo, Darling Harbour and Barangaroo. The special highlight of this year's show will be the Argyle Cut put together by Pixar featuring iconic characters from their films Toy Story, Finding Nemo and others. For most of the light fixtures, the lights will come on every day from 6:00 pm to 11:00 pm.

Another major highlight of the Vivid Sydney festival are all the fantastic musical performances held in venues across the city. This year's lineup includes a headline act by The Cure at the Sydney Opera House. RUFUS DU SOL and FKA twigs are scheduled to perform at the Carriageworks. Also featured in the lineup are performances by Folk Like Us, Jonsi, Larry Heard, Peaches and Prunes and many others. That's not all! There's also the most epic dance party of all time, Curve Ball and over 160 music events you can experience!

Vivid Ideas: While not as physically invigorating as the other two categories of events, Vivid Ideas works wonders on guests’ creativity and thoughts. Get ready for industry-shaping forums, talks on challenging topics like love, loss and living, and hands-on workshops that will give you a fresh new perspective on life. Some of the guests announced for this segment include a session with famed podcaster Esther Perek as she looks at love in the times of digital media. Another exciting talk is by iconic Hollywood personality Spike Lee as he discusses the movies he made and his personal politics. Other highlights include Vivid Art After Hours, The Mark Colvin Conversation: Net Worth, and Citizens of the World workshops.

While there's a certain old-school charm in taking a leisurely walk through the city, breathing in all the breathtaking sights on offer, that's not meant for everyone. If you would rather skip all the walking around and mad crowds, a cruise is a great way to experience the Vivid Sydney festival. A cruise will not only keep you away from the crowds but also offer you a great view of the overall lighting installations that dot the city. Think of it as a panoramic picture. The farther away from the source you're, the better you'll be able to see everything. 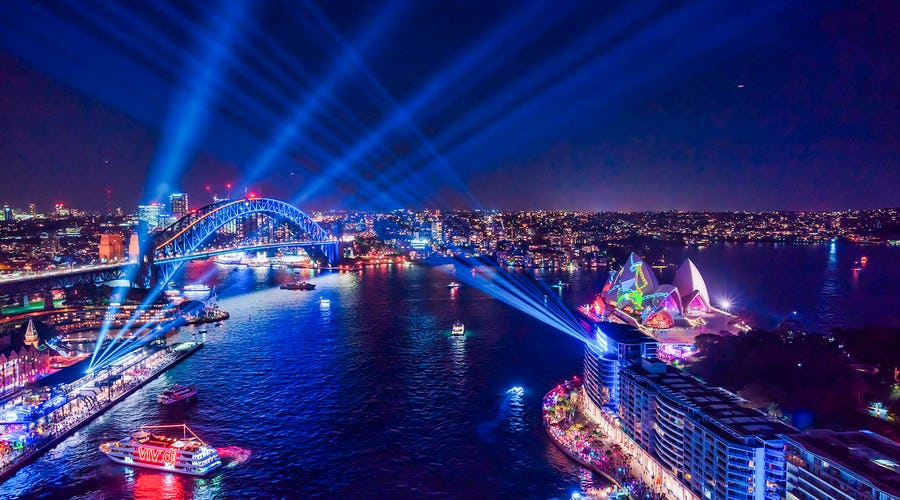 Given the obvious (and many!) perks of taking a cruise, there are tons of options you can choose from. While the general route taken by most of these tour operators remains the same, there are differences in things like type of boat, whether food and drinks are included and other facilities and amenities. Our take? Opt for a Vivid cruise that fits your budget and expectations. Have a good idea of what you wish to take from the cruise experience and make your pick accordingly.

The Sydney Harbour BridgeClimb is an experience of a lifetime in itself. But when you club it with the magical times of Vivid Sydney, you've got yourself a surreal outing that is hard to match. The summit of the bridge is illuminated to resemble a dance floor and provides you a stunning panoramic of Sydney lit up in all its glory. The Vivid BridgeClimb follows the standard route to the summit of the bridge. However, this unique climb is only available from 24 May to 15 June 2019.

A big part of Vivid Sydney's appeal is that it's not restricted to one location or venue. There are many areas across the city that showcase either a light show, a musical performance or a talk, or all three. While you could stick to the classics, the Sydney Opera House and the Harbour Bridge, there's so much more out there in the city that it would be criminal to play it safe. The great thing about exploring the Vivid Sydney festival from various vantage points, especially for tourists, is that it functions as a tour of the city as well.

Also, while both the Sydney Opera House and the Harbour Bridge feature beautiful installations, they also attract the most crowd. So, by opting for other spots in the city to watch Vivid Sydney, you're also effectively avoiding massive crowds. Here are some of the other places you can head over to:

For an event as expansive and elaborate as the Vivid Sydney festival, it's advisable to be on top of things and plan everything well in advance. Here are a few handy tips to make the experience special for you: