Get Discounts On The Cher Show Broadway Tickets!

Things to do in New York Broadway Broadway Show Tickets Get Discounts On The Cher Show Broadway Tickets!

Think musical icon that’s still as relevant today as she was over 50 years back and only one name comes to mind - the riveting Cher. The superstar has been at the top of the pop culture game for over six decades now and she’s done everything along the way from singing and acting to starting numerous business ventures! A larger-than-life personality such as Cher rightfully deserves a jukebox musical chronicling her eventful life and that’s exactly what ‘The Cher Show’ is all about!

‘The Cher Show’ will take you on a journey you’ll find both riveting and hard to believe. Cher’s many triumphs and equally many setbacks will be presented in all their glory with three talented actresses sharing her role; the kid who is just beginning, the glamorous pop star and the icon we all know and love. The jukebox musical features 35 of Cher’s greatest hits, spans over six decades, and showcases just about enough Bob Mackie sequin gowns to leave you starstruck. The show stars Stephanie J. Block, Teal Wicks, and Micaela Diamond, who share the role at different time periods. The book is written by Rick Elice and Christopher Gattelli has choreographed the dazzling performances. At the helm as the director is Jason Moore with music supervision by Daryl Waters.

You know Cher, the artist, the actor, and the business. But do you know what lies behind the enigma? The wife, the mother, the sister, the woman looking for love? Chronicling the life and times of Cherilyn Sarkisian La Piere Bono Allman or Cher, as you might know her, ‘The Cher Show’ is a beautiful tribute to the legend that has inspired millions with her magical voice. Journey along as Cher, the teenager burns through her twenties, or as the glam TV star who quits when she is getting to the top, or the actress with an Oscar, and finally the rock goddess, unlike anything that’s been on stage before!

The Grammy, Oscar, Emmy and Golden Globe-winning artist has left a deep mark of her creativity across many fields including music, television, film, and fashion. Marvel at her glorious success story with a killer soundtrack featuring classic Cher hits like ‘If I Could Turn Back Time’, ‘I Found Someone’, ‘Take Me Home’, ‘Half Breed’, ‘Believe’, ‘Strong Enough’, ‘Gypsies’, ‘Tramps and Thieves’, and ‘A Different Kind of Love Song’.

The show is suitable for ages 12+ with adult supervision, children under 4 will not be admitted.

Seating
The Neil Simon Theatre has a seating capacity of 1316. 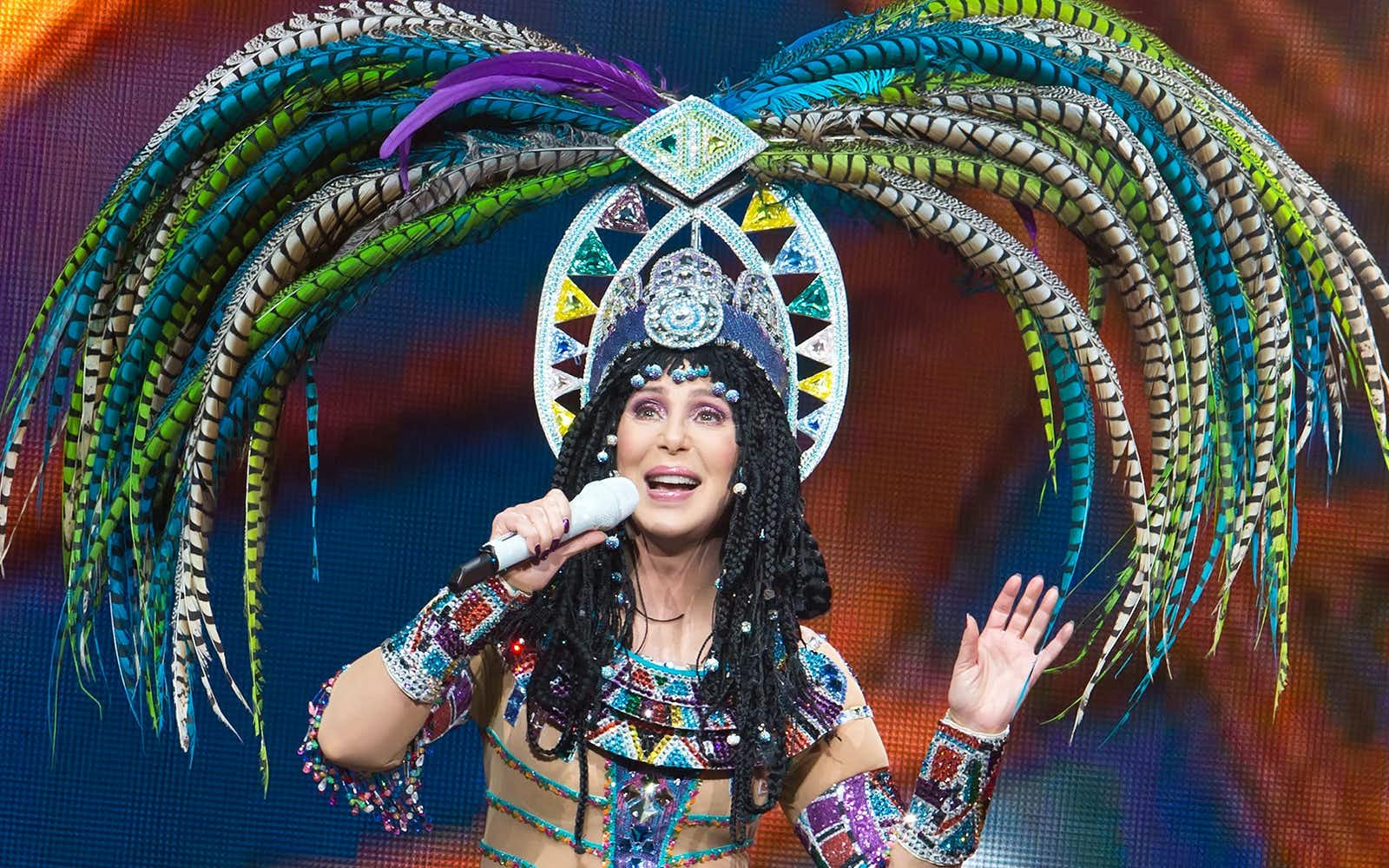 Looking out for discount on The Cher Show Broadway tickets !

Have a look at the real-time seat availability and prices of different sections for The Cher Show Broadway. In the interactive seat-map, select the date that you would like to watch the show and check out the seats available for that day. You can filter the seats as per your desired price range and purchase tickets directly.

The show opens for previews on November 1st, 2018, with the official opening night scheduled for December 3rd, 2018.

“Terrific casting, marvelous costumes, delightfully retro dance numbers and of course a bursting catalog more than 50 hits deep — from "The Beat Goes On" to "If I Could Turn Back Time" and latter-day anthems like "Strong Enough" — all go a very long way in this earnest musical. ”
- Hollywood Reporter

For those looking to book discounted The Cher Show Broadway tickets online, platforms like TodayTix and Headout are your best bet, as they source tickets directly from the box office and scour the internet for any discount codes available for these shows. Any price advantages are then passed on ensuring that you are paying the lowest prices.

The Headout advantage for booking The Cher Show Broadway tickets: