A Visitor’s Guide to Parthenon Athens: What You Need to Know Before You Go

One of the oldest cities in the world, Athens is more than 3,400 years old! Believed to be the historical capital of Europe, Athens is also the capital of Greece. Be it democracy, arts, sciences or Western civilizations-all have their roots in Athens, Greece.

Parthenon Athens - In a Nutshell 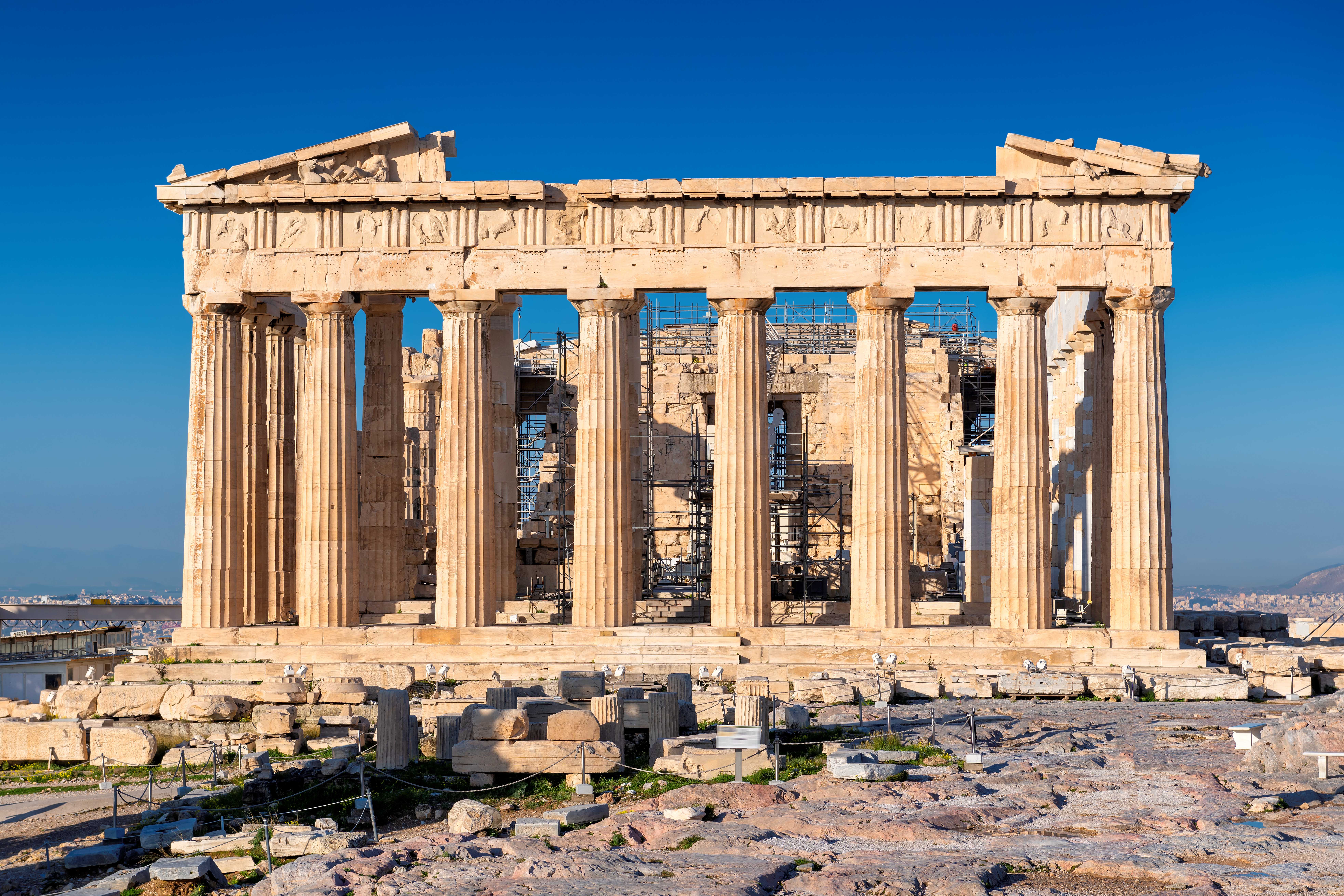 Originally built as a grand rectangular white marble temple, the Parthenon has been the victim of many vicious battles. These battles wreaked havoc on the Parthenon and caused irreparable damage to most of the sculptures of the Parthenon. But, despite this, the basic structure of the Parthenon has remained intact. The Parthenon in Athens is a simple and austere column constructed in the Doric order - the simplest of the three classical Greek architectural orders.

The Parthenon is one of the most well-known landmarks of Athens and it can be seen from all the corners of the city of Athens. The Parthenon in Athens is the most important surviving building of Classical Greece. Since its inception, the Parthenon of Athens has been used as a Christian Church and even as an Islamic mosque. 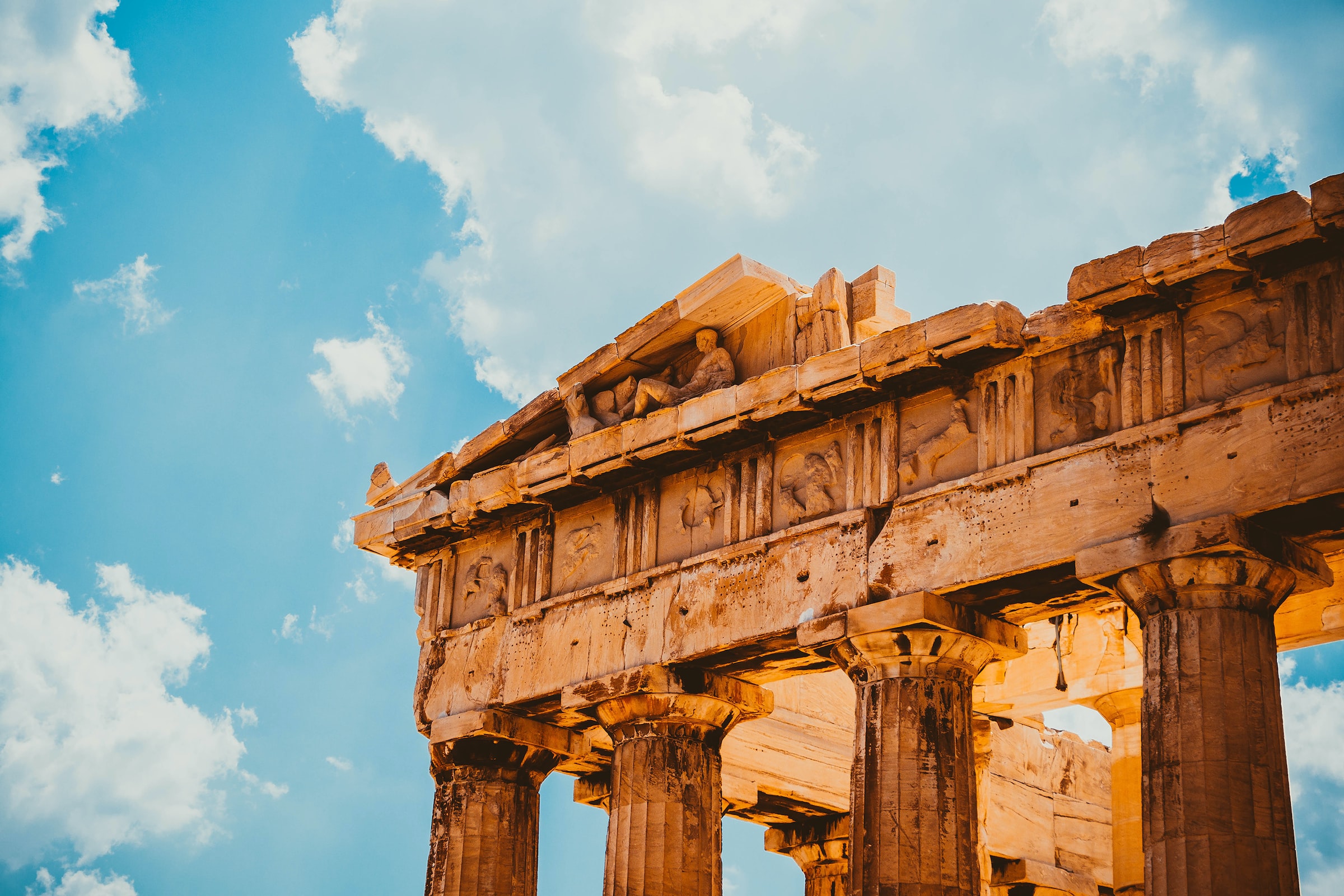 The Acropolis is the most important symbol of Western civilization. It is the greatest sanctuary of Athens and was constructed in honor of the Greek Goddess Athena-daughter of Zeus. Athena is believed to be the Protector of Athens and the Greek Goddess of courage, wisdom, inspiration, law, justice, strategic warfare, and mathematics. Simply put, both the Acropolis and the Parthenon are glorious odes to Athena.

The Acropolis is one of the greatest achievements of European culture and the most important monument in Greece. Classified as a UNESCO World Heritage Site in 1987, the Acropolis is home to many historical monuments. All the monuments on the Acropolis have inspired the current ideas about democracy and human rights.

Thinking of how to get into the Acropolis amongst the crowd? We have demystified the Acropolis Entrances for you, for a smooth trip to the Parthenon and more attractions inside!

Which Parthenon Tickets should you Choose?

Purchase your preferred ticket online with Headout, since we can help you save you time on the day of your visit. The tickets will allow you to skip-the-line and get priority entry into the Acropolis and other attractions.

Why Should You Visit Parthenon Athens? 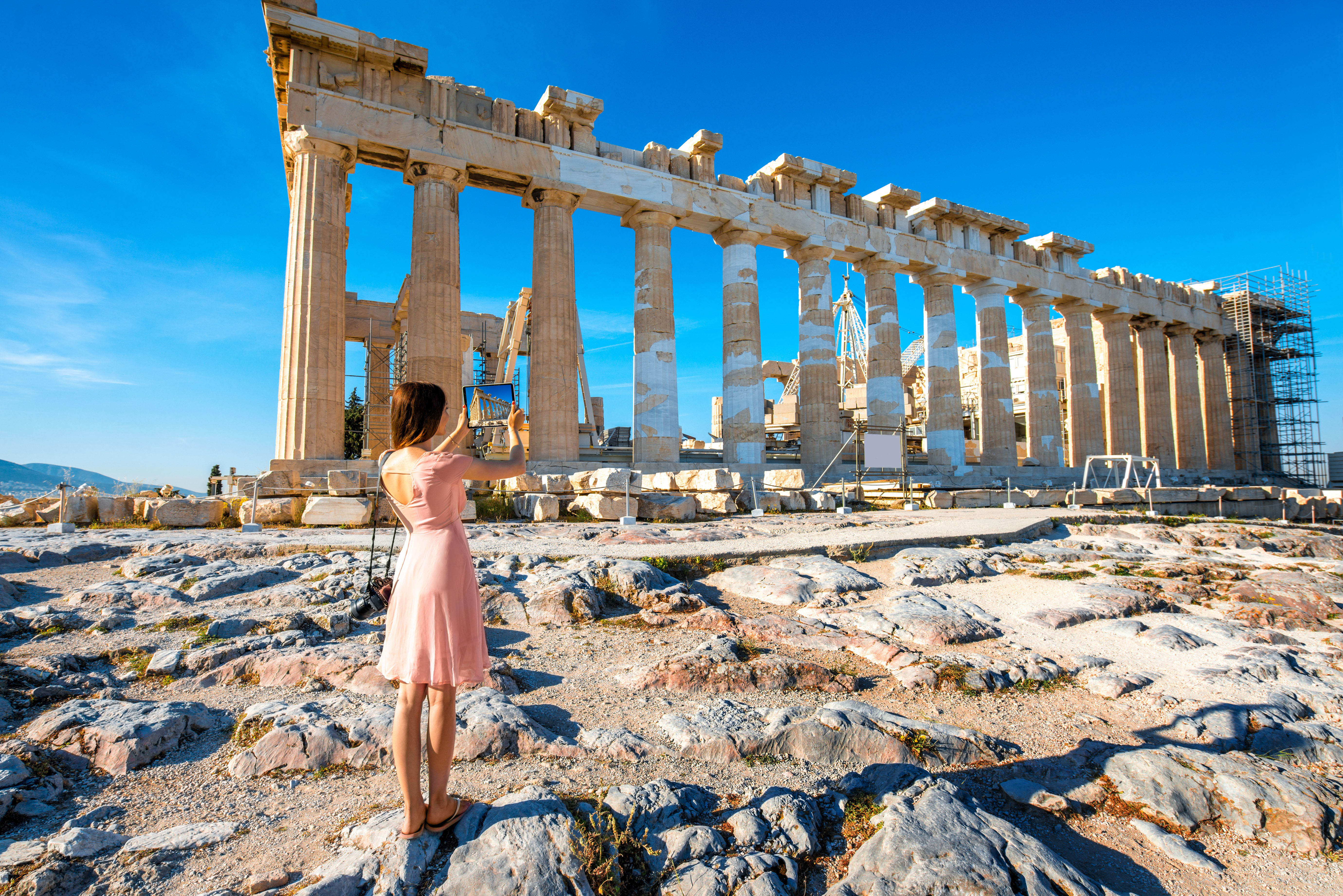 Delve into Grecian history and mythology by visiting the Parthenon in Athens! The Parthenon Athens is considered to be the greatest surviving monument of Classical Greece. Dedicated to Athena Parthenos or ‘Athena the Virgin,’ the Parthenon Temple in Athens is a sight to behold as its rectangular white marble glistens and looms over the hills of Acropolis, Athens. 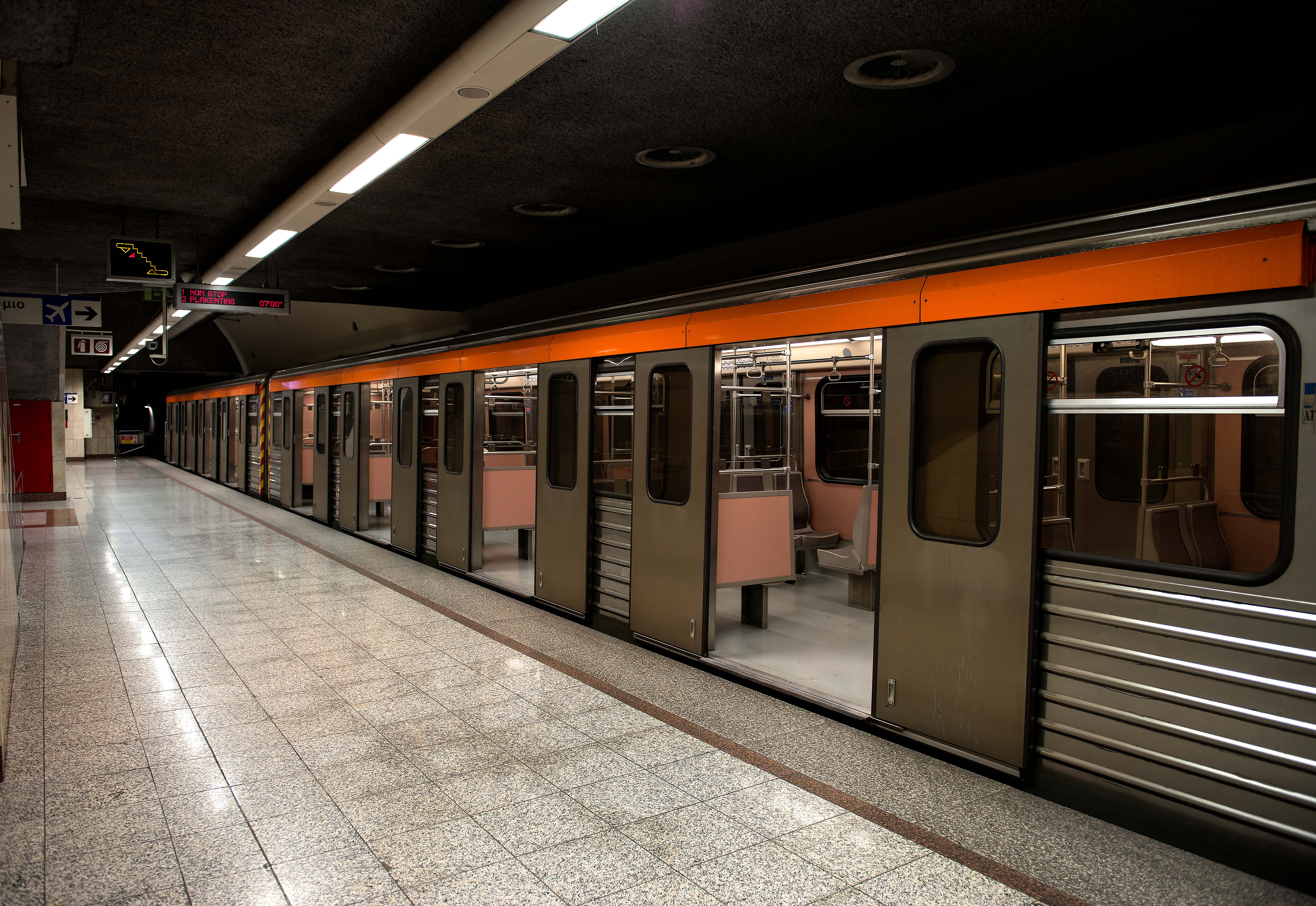 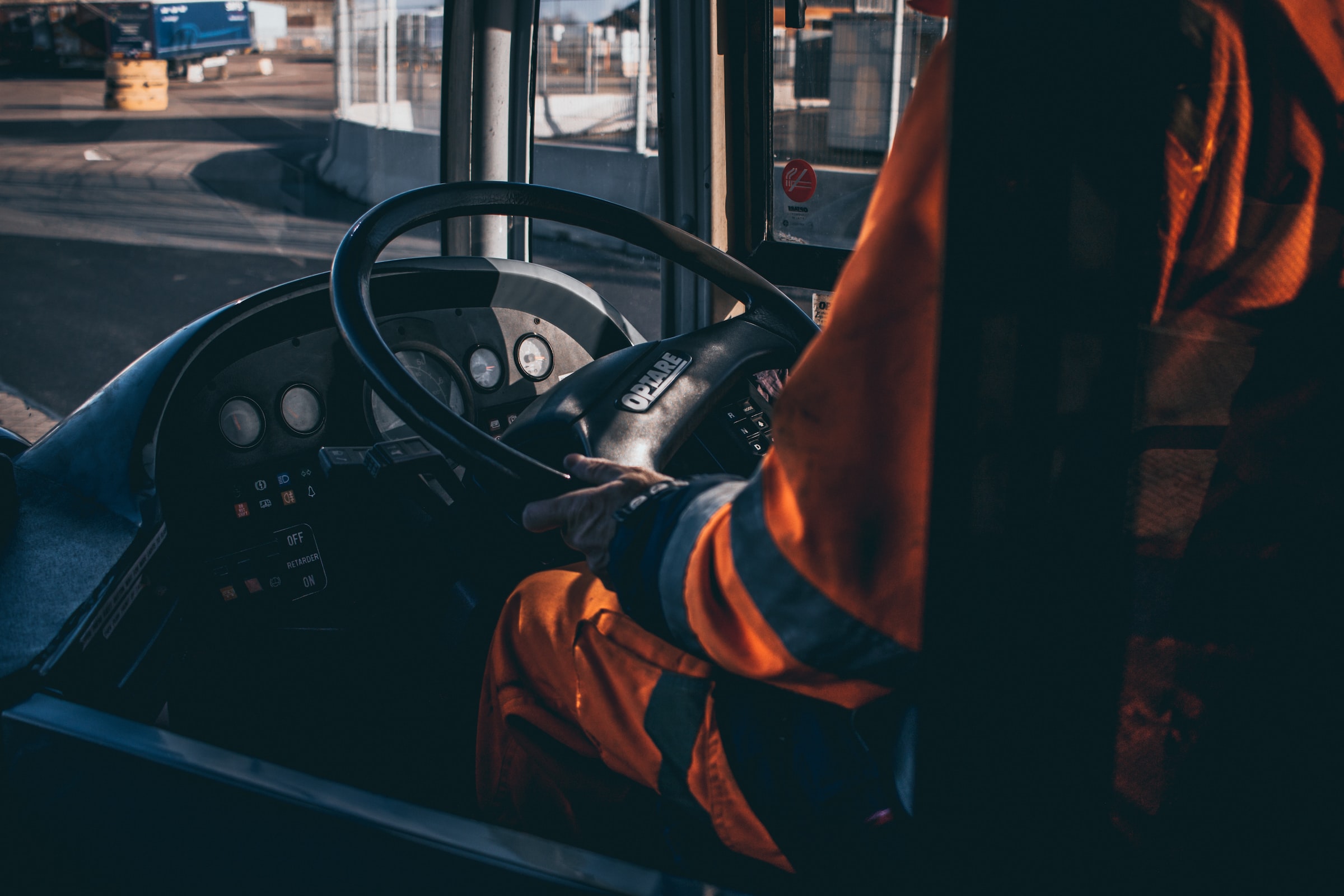 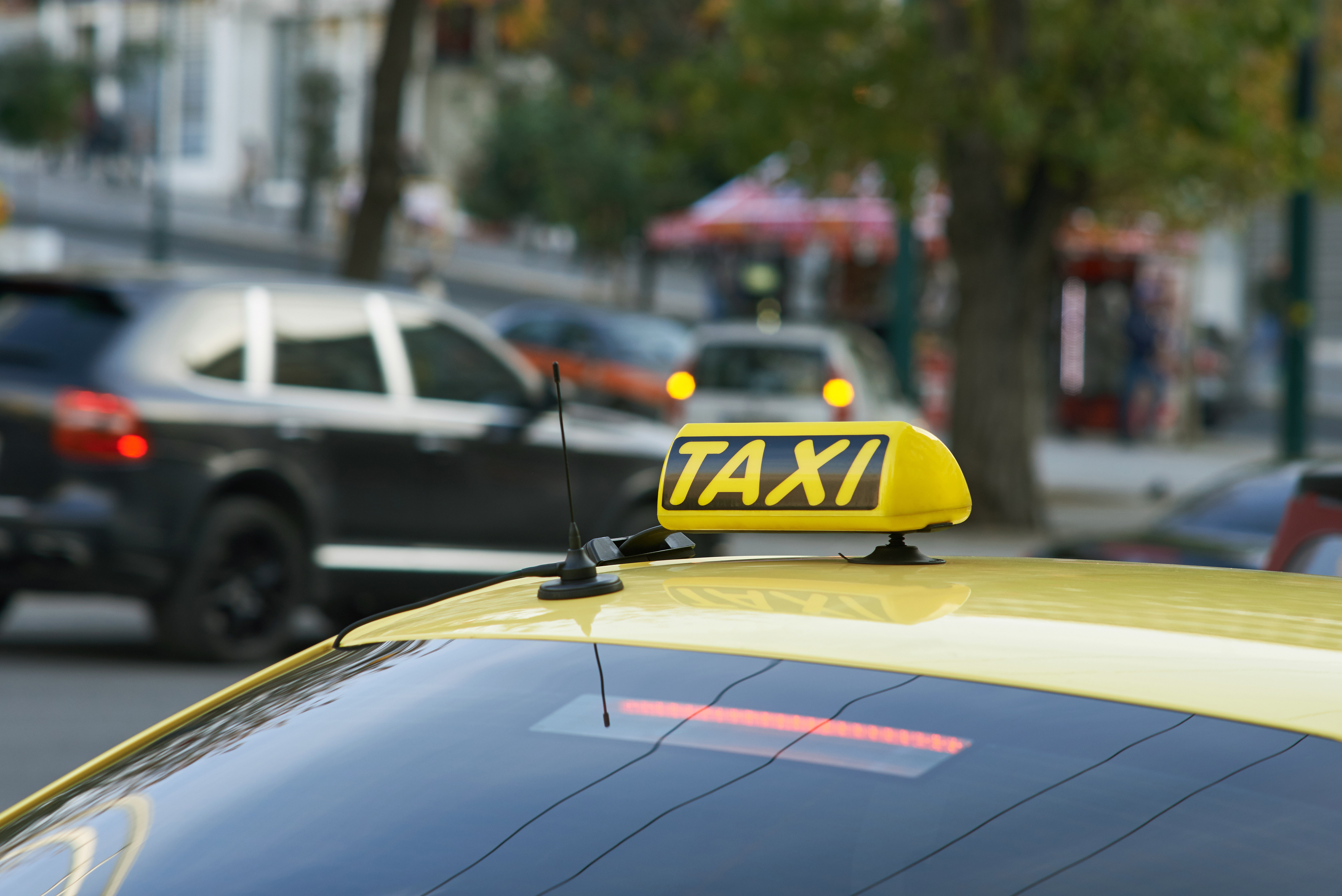 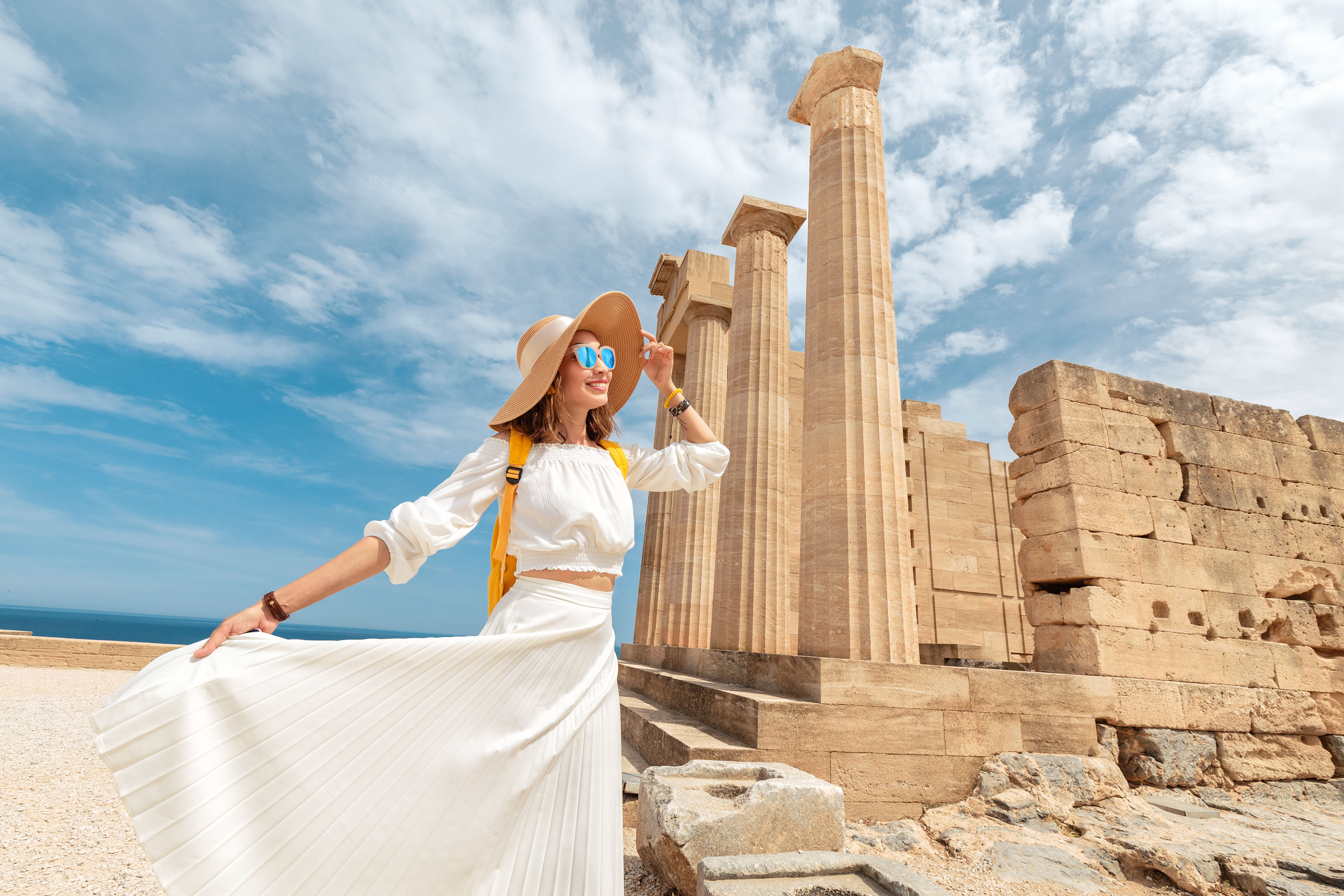 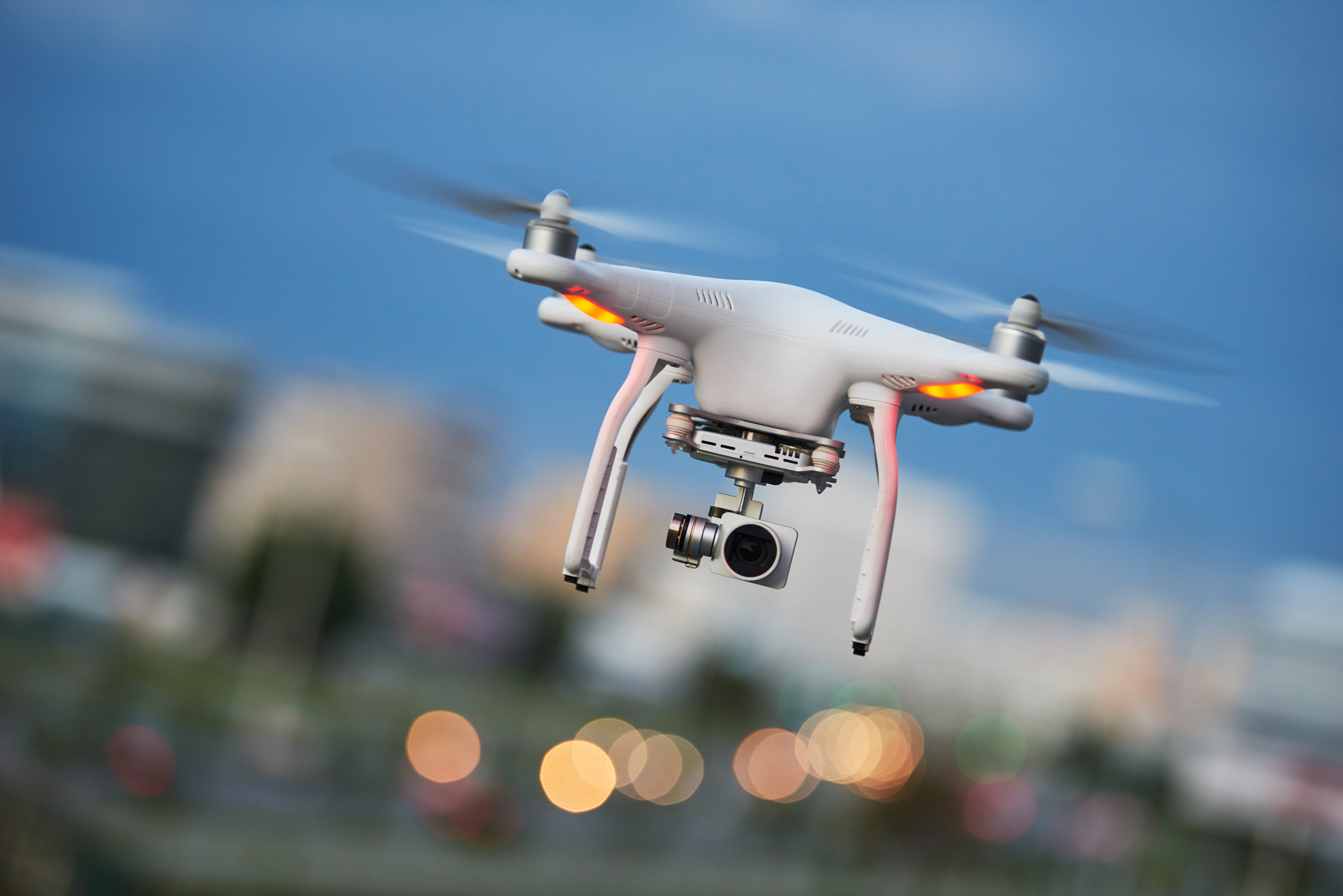 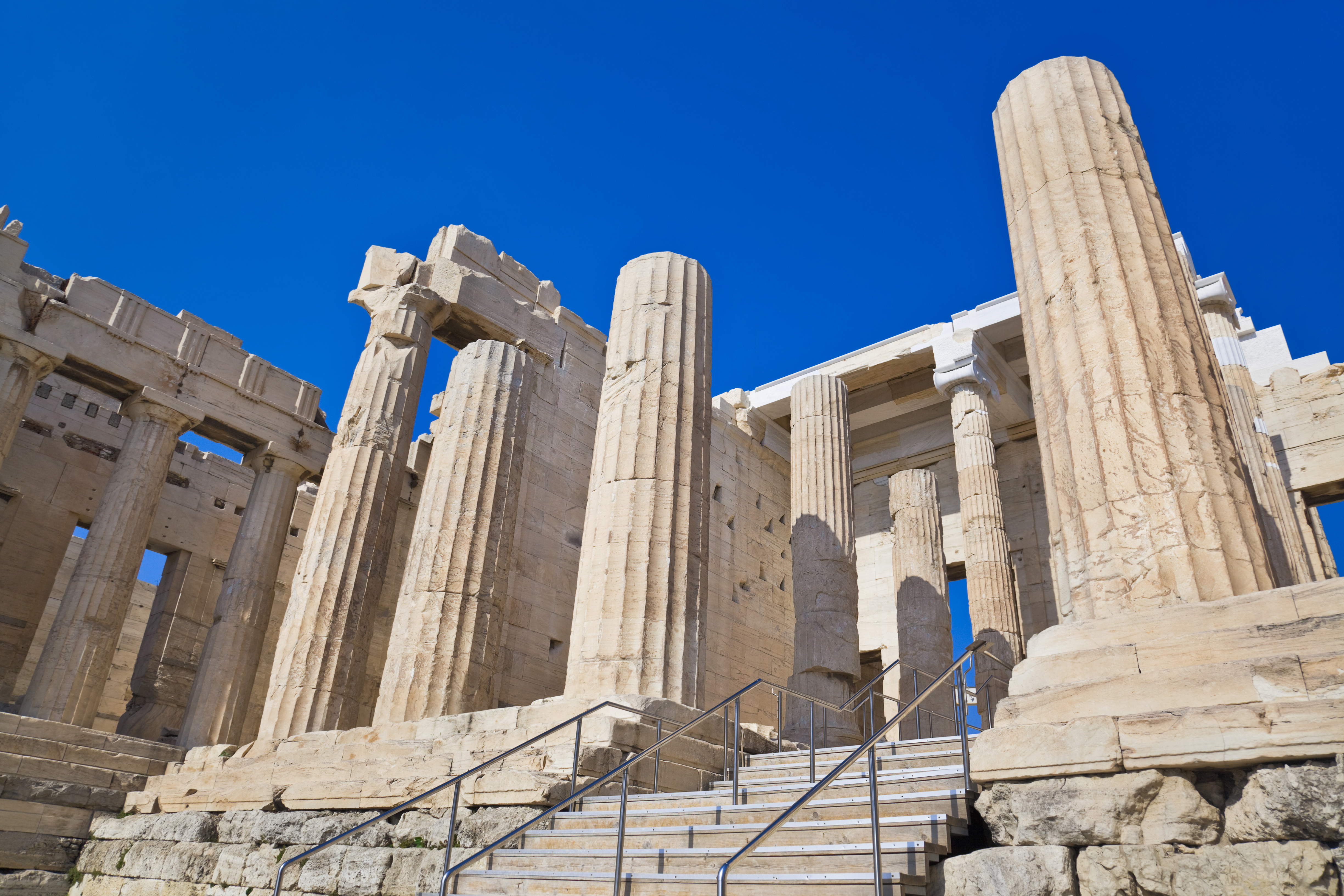 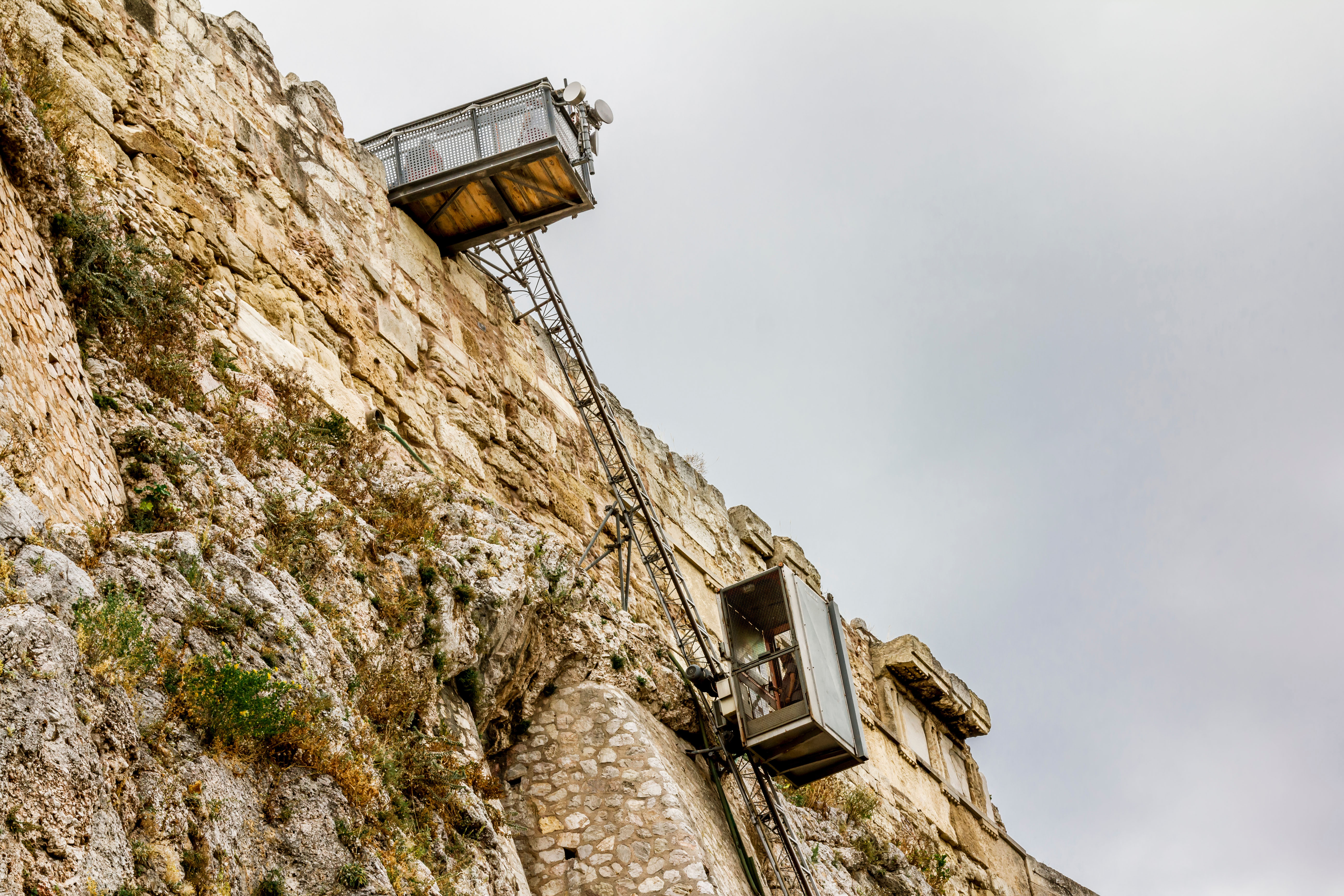 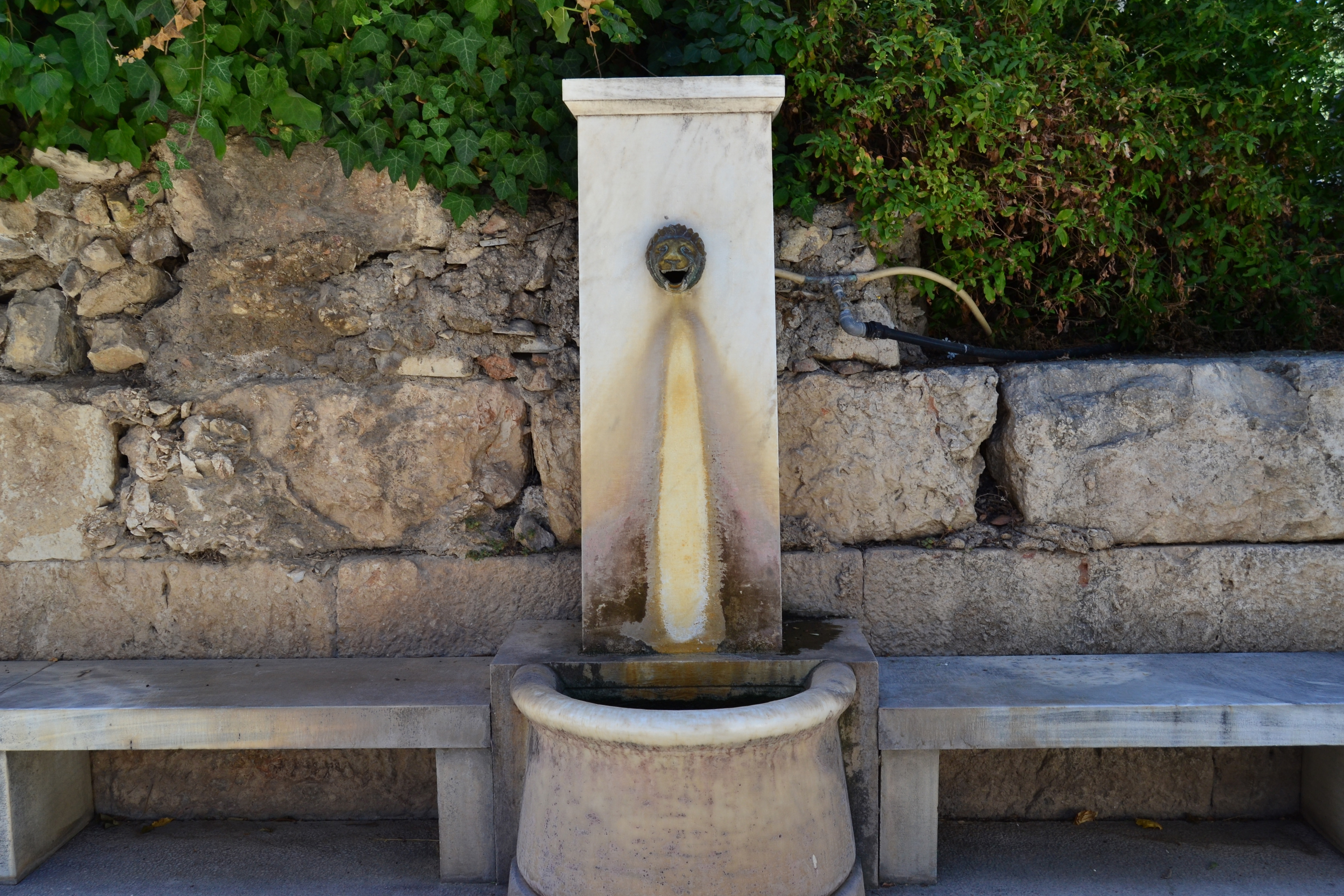 In search of handy information to dive deeper into Athens city? Learn all there is to know about navigating the city before your trip to Athens HERE!

History Behind the Parthenon Athens

Like all remarkable structures, the Parthenon of Athens is steeped in rich history, mythology, and even magic. The Parthenon of Athens was part of a massive rebuilding program headed by Pericles. Pericles envisioned a site exclusively dedicated to the Goddess Athena. The main entrance of the Parthenon-Propylaea was the gateway. The Erechtheum was a shrine dedicated to agricultural deities, especially Erichthonius. The Temple of Athena Nike was symbolic of the harmony with which the Ionians and Dorians lived under the Athenian government, and the Parthenon was the crowning glory of this site. Acclaimed sculptor Phidias, even installed an ivory-and-gold statue of Athena inside the Parthenon Athens. 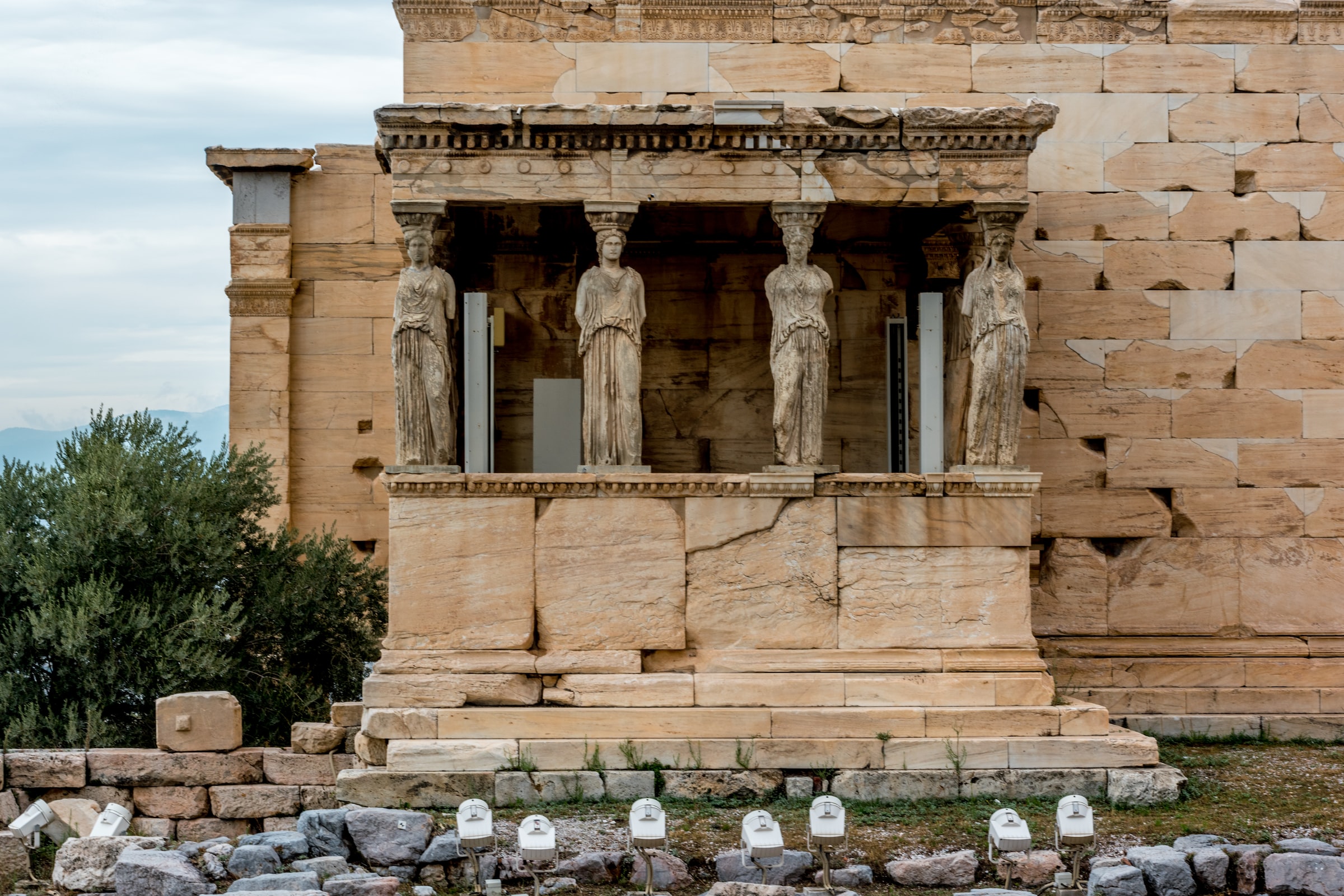 Renowned architects Ictinus and Callicrates started the construction of the Parthenon, under the supervision of Phidias, in 447 BCE. The Parthenon was completed in 438 BCE and the ivory-and-gold sculpture of Athena was installed in the interior of the Temple in the same year. However, work on the exterior of the Parthenon of Athens continued till 432 BCE. It took almost fifteen years to construct this iconic Greek monument!

In 1687, the center of the building was destroyed due to bombardment by the Venetians. In 1801, Thomas Bruce removed some of the remaining sculptures from the Parthenon. After gaining Independence, a forty-year restoration of the Parthenon in Athens was undertaken.

447 BCE: Under the supervision of Phidias, architects Ictinus and Callicrates started the construction of the Parthenon of Athens.

438 BCE:The interior of the Parthenon in Athens is completed and Phidias’ structure of the Greek Goddess Athena is installed inside the Parthenon.

432 BCE: Exterior work on the Parthenon is completed.

7th Century: The Athena statue is removed from the Parthenon as it becomes the Byzantine Church.

1458-1460: The Turks seized the Acropolis and converted it into an Islamic mosque. The only alteration to the original structure was the raising of a minaret in its southwest corner.

1684-1699: During the Morean Wars, the center of the Parthenon was destroyed due to bombardment by the Venetians in 1687.

1821-1829: Greece gained Independence from the Ottoman empire. Europeans undertook a repainting program of the Parthenon of Athens.

1975: A multi-decade restoration of the Parthenon is undertaken post-Greek Independence.

The frieze is a broad, horizontal band of sculpted or painted decorations. In the case of the Parthenon of Athens, a continuous low-relief frieze ran around the top of the exterior wall of the ‘cella’ or the inner chamber. The frieze of the Parthenon depicts the Panathenaic procession of citizens honoring Athena.

The pediment is the triangular upper part of a classical building. The Parthenon in Athens consists of two pediments - an east pediment and a west pediment.
East Pediment: Depicts three witnesses, believed to be goddesses who witnessed the birth of Athena.
West Pediment: This shows the mythical battle fought between Athena and the Sea God Poseidon for becoming the God of the city of Athens.

In 438 BCE, after the interiors of the Parthenon were completed, Phidias installed his famed Athena Parthenos sculpture in the Parthenon of Athens. The gigantic statue was a staggering 11.5 meters tall. The majestic statue depicted Athena standing fully armed in all her glory. In her right hand, the Goddess was shown to be holding a statue of Nike-the Greek god of victory, and in her left hand, she held a large circular shield.

Metopes are plain blocks with relief structures. All four - east, south, west, and north metopes of the Parthenon of Athens are carved in high relief and showcase mythical Greek battles.

Gigantomachy
The battle between the Greek Gods and giants.

Centauromachy
The battle between the Lapiths and centaurs. Lapiths were the legendary people of Thessaly.

Amazonomachy
The battle between the Athenians and the Amazonians.

Sculptures have been lost but were believed to depict the defeat of Troy by the Greeks.

Travel planning can seem like a hassle, however with Headout's pre-planned itinerary with tickets and timings, stress no more! Check out our curated itinerary HERE!

Places to visit around Parthenon Athens

The Old Temple of Athena

According to Greek mythology, Athena was one of the most important goddesses. She was the daughter of Zeus and the Protector of the city of Athens. In fact, the city of Athens borrows its name from Athena itself.

After wandering among the ancient ruins of the Parthenon, pay a visit to the “New” Acropolis Museum. The Acropolis Museum is situated inside a contemporary glass structure that was designed by acclaimed architects Bernard Tschumi and Michael Photiadis.

The AthensWas hotel is a five-star property located on Dionysiou Areopagitou 5. The rooms of this boutique hotel have been made in a sleek, modern, and contemporary style. Enjoy the beautiful view of the Acropolis and Parthenon from your very own private balcony, or when you are enjoying a delicious meal at the AthensWas Hotel’s rooftop restaurant.

Located on 48 Syngrou Avenue, the centrally located hotel is a three-star property that is close to all the local attractions. The hotel provides airport transfers to and from the hotel and offers free WiFi in all its rooms. The hotel even boasts of an on-site spa and a laundry service. After a tiring day spent visiting the Acropolis and its surrounding monuments, be sure to book yourself a relaxing spa session at the Acropolis Museum Boutique Hotel!

The Athens Gate Hotel is located at 10 Syngrou Avenue. The hotel is close to all local attractions and only 180 meters away from public transportation. Pets are allowed inside the hotel, and the hotel even has its own parking space. Free Wifi is provided in all the rooms. The hotel also serves an excellent breakfast, so make sure to fill yourself up with a hearty breakfast before you go off to explore the Acropolis and the Parthenon!

When is the best time to visit Parthenon Athens?

The best time to visit Parthenon Athens is from October to November.

How long should I spend visiting Parthenon Athens?

Plan on spending at least half a day if you want to see all of the main sights. If you're only interested in visiting the Parthenon itself, an hour or two should be sufficient.

What are the most popular things to do at Parthenon Athens?

The most popular things to do at Parthenon Athens include exploring the Acropolis, visiting the Temple of Olympian Zeus, and admiring the views from the Lycabettus Hill, the highest point in Athens.

Do children get free entry into Parthenon Athens?

Yes, children don’t need tickets. All children under 5 years of age and European citizens under 25 are assured of a free entry, provided they have ID proof.

What are some tips for visiting Parthenon Athens?

Some tips for visiting Parthenon Athens include wearing comfortable shoes, bringing plenty of water, and being prepared for crowds. Also, be sure to check the opening hours of the sights you want to visit in advance.

Are there tours of Parthenon Athens?

Yes, we offer several tours of Parthenon Athens, with experienced tour guides. However, you can also explore the Acropolis on your own if you've got enough time. Pick up a map at the entrance and take your time walking around.

Yes, There is an elevator to carry passengers between the floors in the Parthenon, and there are also wheelchair-accessible toilets in the area.

Other top experiences in Athens

The historic city of Athens has tons of other attractions you can visit after your trip to the Parthenon. Here are some other attractions that are now open to the public that cannot be missed! Check out more things to do in Athens.