Get Discounts On Circus 1903 Tickets in London

About The Theatre
Seating Plan
Circus 1903

Making its European premiere on the banks of the River Thames is a modern-day turn of the century circus called ‘Circus 1903’. This spectacular production will be on show at the Southbank Centre for a limited run, from the 19th of December 2019 to the 5th of January 2020. Originally from Las Vegas, this touring circus show has wowed fans all over the globe, and this December, it is finally leaving its footprint in the UK. Inspired by the golden age of circus, a troupe of immensely talented performers team up with the award-winning puppeteers behind the hit show ‘War Horse’, and bring to stage an absolutely unique and jaw-dropping spectacle. This holiday season, skip the regular old pantomimes and instead treat your eyes to the bewildering magic that is ‘Circus 1903’!

Our guide will give you all important information about Circus 1903 in addition to helping you score discounted tickets for the same.

‘As mentioned earlier, ‘Circus 1903’ is a contemporary circus performance, originally from the US, that started performing live on stage at the Paris Las Vegas Hotel and Casino from 2017. Taking inspiration from the old-fashioned circus acts and performances that captivated people’s attention and imagination during the ‘golden era’ of this wacky artform (1880’s to 1920’s), ‘Circus 1903’ aims to provide a snapshot or a glimpse of what circus used to be at the time. The production essentially tells the story of what it was like to be a part of a travelling circus band that comes into a small town in the year 1903, to put on a show. Through extreme and thrilling acts of acrobatics, flexibility and dexterity, the highly proficient crew of ‘Circus 1903’ brings this story to life in all its glory.

Featuring acrobats, contortionists, jugglers, trapeze, and high-wire performers, you are simply bound to be amazed by what happens in front of your eyes. However, the pièce de résistance of the show are the two life-sized elephant puppets, designed by Significant Object, the developers behind the exquisite puppets used in the Tony Award-winning production ‘War Horse’. This magnificent creation was a result of months of engineering, designing, and prototyping, and the effort is clearly evident in the final piece. The elephants, Queenie (the mother) and Peanut (the baby) are controlled by a group of 4 puppet masters and are truly a sight worth seeing.

The show will play at London’s Southbank Centre, in the Royal Festival Hall, for a short 3-week run and is likely to be sold out soon, so make sure you get your tickets in advance! 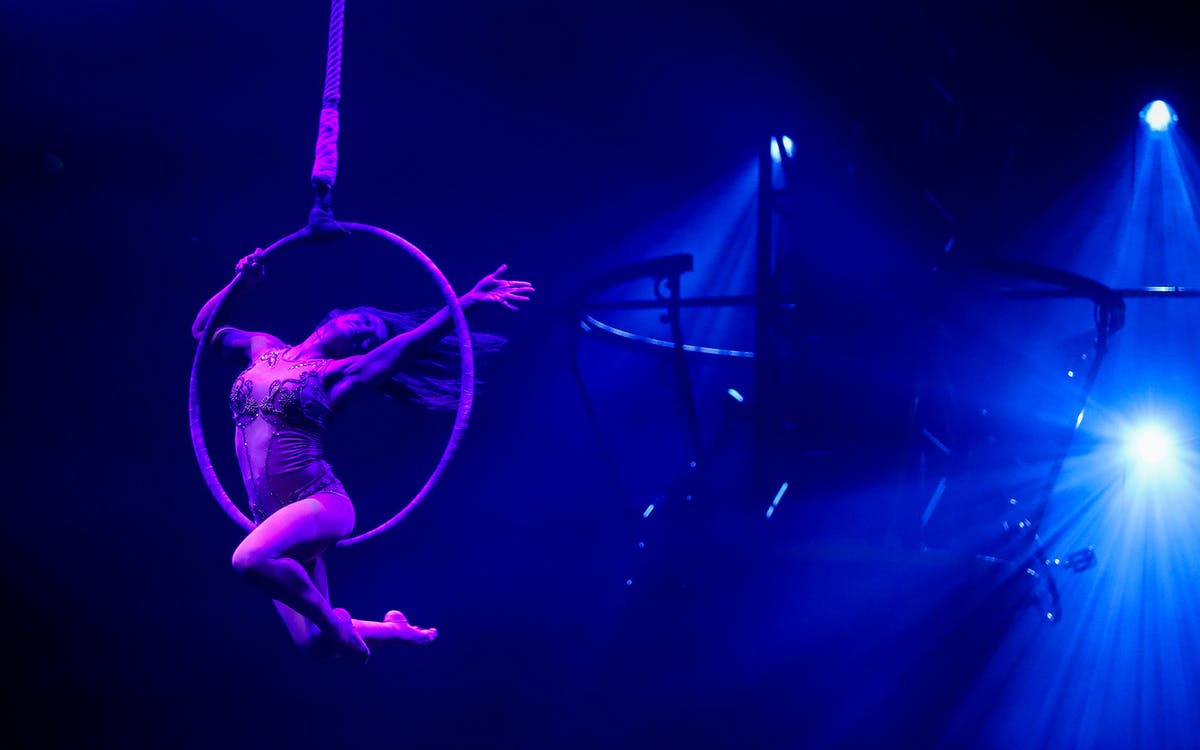 Duration
2 hour and 20 minutes, including 1 interval

Audience
Recommended for ages 3 and above.

Seating
The Royal Festival Hall has a seating capacity of 2,900.

Looking out for discount on Circus 1903 Tickets London!

Have a look at the real-time seat availability and prices of different sections for Circus 1903 London. In the interactive seat-map, select the date that you would like to watch the show and check out the seats available for that day. You can filter the seats as per your desired price range and purchase tickets directly.

Apart from getting tickets for Circus 1903 online, there are other ways to obtain West End tickets for cheap, such as:

Circus 1903 TKTS tickets will be available once the show premieres.

Day Seats are discounted tickets that are available for purchase, and are to be used, on the same day at the theatre. Please note that the availability of tickets is based on the discretion of the Royal Festival Hall Box Office, and may not be available for all shows.

Day Seats at Royal Festival Hall are currently unavailable for purchase. Check back once the show opens.

Q: What time should I arrive at Royal Festival Hall?
A: Doors open 45 minutes before show time. We recommend arriving at least 30 minutes before curtain.

Q: Is there a possibility that I will get partial view seating if I purchase discounted Circus 1903 London tickets?
A: When booking with Headout, you will get to select your specific seats, thus, ensuring you do not get stuck with partial view. However, if you opt to try and win lottery tickets, or purchase day seats, your seats will be allocated at the discretion of the Box Office, which can potentially mean partial view seating or split seats.

The Royal Festival Hall, nicknamed ‘the People’s Palace’ is a 2,500-seater performance venue at the Southbank Centre, just off of River Thames. The venue was officially opened on the 3rd of May 1951 and is the resident home of the London Philharmonic Orchestra, the Philharmonic Orchestra and the Orchestra of the Age of Enlightenment. Interestingly enough, the Royal Festival Hall was one of the first concert halls in the world that was built using the scientific principles of acoustics, both theoretical and experimental. Consequently, this hall is one of the top venues in the world for classical music performances.

Another interesting feature of this great hall is its monumental organ. This massive instrument was built in 1954 with an astounding 7,886 pipes! The organ was subsequently removed on account of extensive restorations and renovations, however, it was brought back and reinstalled in its rightful place in 2014.