Get Discounts On Caroline, or Change London Tickets!

It's time to holiday with Headout
Flat 8% OFF on all Headout experiences this holiday season!
Use Code
*coupon valid for the next 24 hours only.
Caroline, or Change
Discount Tickets

Set in 1960’s Louisiana, ‘Caroline, Or Change’ is a riveting musical that highlights and eloquently showcases the troubled lives of the American middle-class, and more particularly that of the African-American sect, through a moving and touching story of a coloured maid working in an all-white neighbourhood. The plot is loosely based on the life of its writer, Tony Kushner, and in many ways, its essence and morals are something that we all can relate to, especially in this day and age. With a star-studded cast, imaginative narrative, and a breathtaking score, ‘Caroline, Or Change’ is a show that simply must not go unwatched.

The following guide enlightens you on all the information you need to know about the musical, and also lets you know how you can go about purchasing discounted tickets for the same.

‘Caroline, Or Change’, written by Pulitzer Prize winner - Tony Kushner, is a highly provocative tale of political and social change, that has managed to captivate audiences all around world. Having made its debut in 2003 in New York’s off-broadway, the production proved to be an instant success, and was soon transferred to the Eugene O’Neill Theatre on Broadway. The same year the show appeared on Broadway, it was nominated for numerous prizes, including the prestigious Tony and Drama Desk Awards.

It was not before long that ‘Caroline, Or Change’, made its way across the Atlantic and took its rightful place in London’s theatre scene. The show opened at the Royal National Theatre in 2006, and in 2007, with George C.Wolfe at its helm, won the Laurence Olivier Award for ‘Best New Musical’. This time around, the show promises to be as gripping and entertaining as its predecessor, if not more, with Sharon D Clarke reprising her role as Caroline Thibodeaux and Michael Longhurst taking on the role of director.

‘Caroline, Or Change’ follows the life of a young, black woman who works as a maid for an affluent Jewish family, The Gellmans, in sleepy Lake Charles, Louisiana. As one can imagine, working as an outsider is never easy, and that is exactly the problem Caroline faces, among several others. With four children and no other breadwinner in the family, she drifts through life solemnly and woefully.

Like a ray of sunshine in an otherwise dull scenario, Caroline develops a beautiful and intimate relationship with the Gellman’s son Noah, a thoughtful and troubled child. But soon time comes when the young mother is faced with a moral dilemma - abandon her principles and feed her children or stick to her righteousness and watch her kin starve. 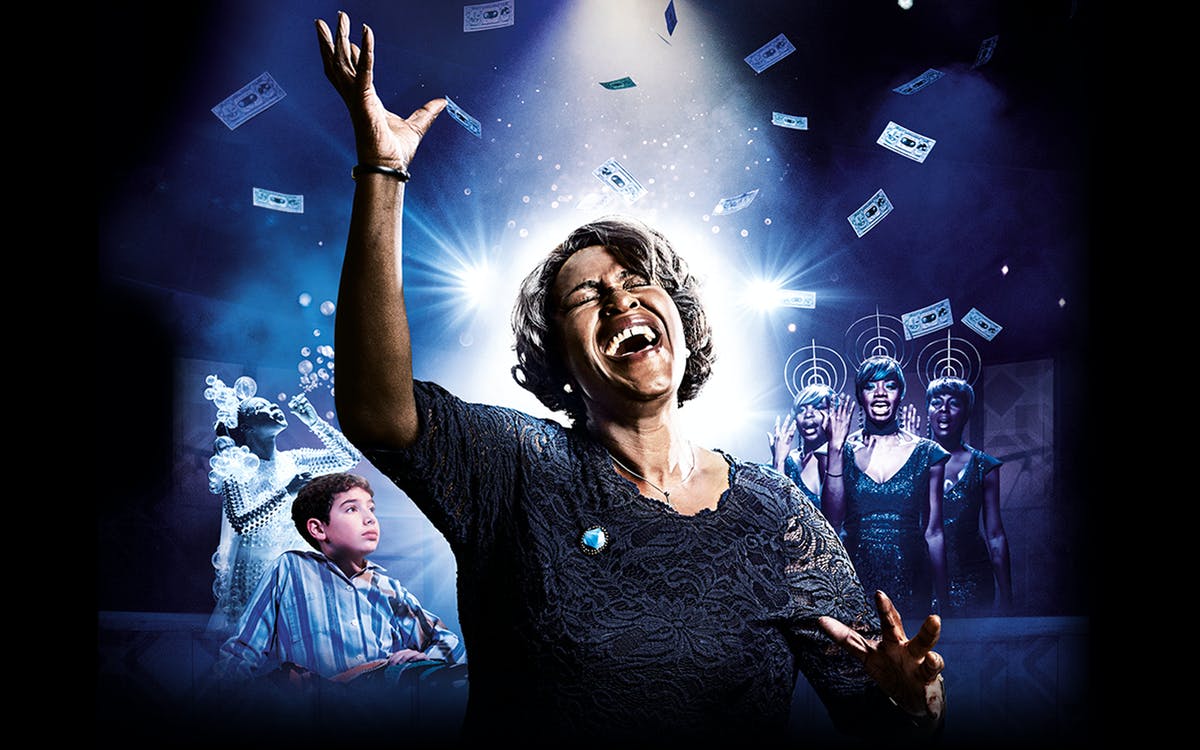 Click here to get a discount code for booking Caroline or Change musical tickets.

Duration
2 hours and 35 minutes with one interval

Seating
The Playhouse Theatre has a seating capacity of 786.

Looking out for Caroline or Change London tickets !

Have a look at the real-time seat availability and prices of different sections for Caroline, or Change. In the interactive seat-map, select the date that you would like to watch the show and check out the seats available for that day. You can filter the seats as per your desired price range and purchase tickets directly.

Click here to get a discount code for booking Caroline or Change London tickets.

‘Caroline, Or Change’ made its debut on Off Broadway in 2003 and has only moved upwards from there, marking performances on Broadway, the Chichester Festival Theatre and West End. The production has been nominated for a number of awards and has come away with a quite a few wins - Tony Award for ‘Best Performance by a Featured Actress in a Musical’ (Anika Rose), Drama Desk Award for ‘Outstanding Music’ (Jeanine Tesori) and most notably, the Laurence Olivier Award for ‘Best New Musical’.

“Sharon D Clarke has long had one of theatre’s most resonant, authoritative voices. But here she astonishes, with a riveting portrait of a woman whose rock-hard stoicism is etched with pain.”
– The Evening Standard

“A riveting fusion of social upheaval and hummable songs."
– The Telegraph

Apart from getting tickets for Caroline, or Change online, there are other ways to obtain West End tickets for cheap, such as:

Day Seats are discounted tickets that are available for purchase, and are to be used, on the same day at the theatre. Please note that the availability of tickets is based on the discretion of the Playhouse Theatre Box Office, and may not be available for all shows.

Day Seats at Playhouse Theatre are currently unavailable for purchase.

Q: What time should I arrive at Playhouse Theatre?
A: Doors open 45 minutes before show time. We recommend arriving at least 30 minutes before curtain.

Q: Is there a possibility that I will get partial view seating if I purchase discounted Caroline or Change London tickets?
A: When booking with Headout, you will get to select your specific seats, thus, ensuring you do not get stuck with partial view. However, if you opt to try and win lottery tickets, or purchase day seats, your seats will be allocated at the discretion of the Box Office, which can potentially mean partial view seating or split seats.

‘Caroline, Or Change’, is currently showing at the Playhouse Theatre, a well-known West End venue in Westminster, London. Built in 1882 with an original seating capacity of 1,200 under the moniker, ‘Royal Avenue Theatre’, this old performance hall has seen a number of successful productions take its stage, including the likes of ‘Naked’, ‘An Inspector Calls’, ‘Journey’s End’, ‘Kite Runner’ and more recently, ‘The Jungle’, among many, many others. The theatre currently has a capacity of 786, spread over 3 sections - Stalls, Dress Circle and Upper Circle.