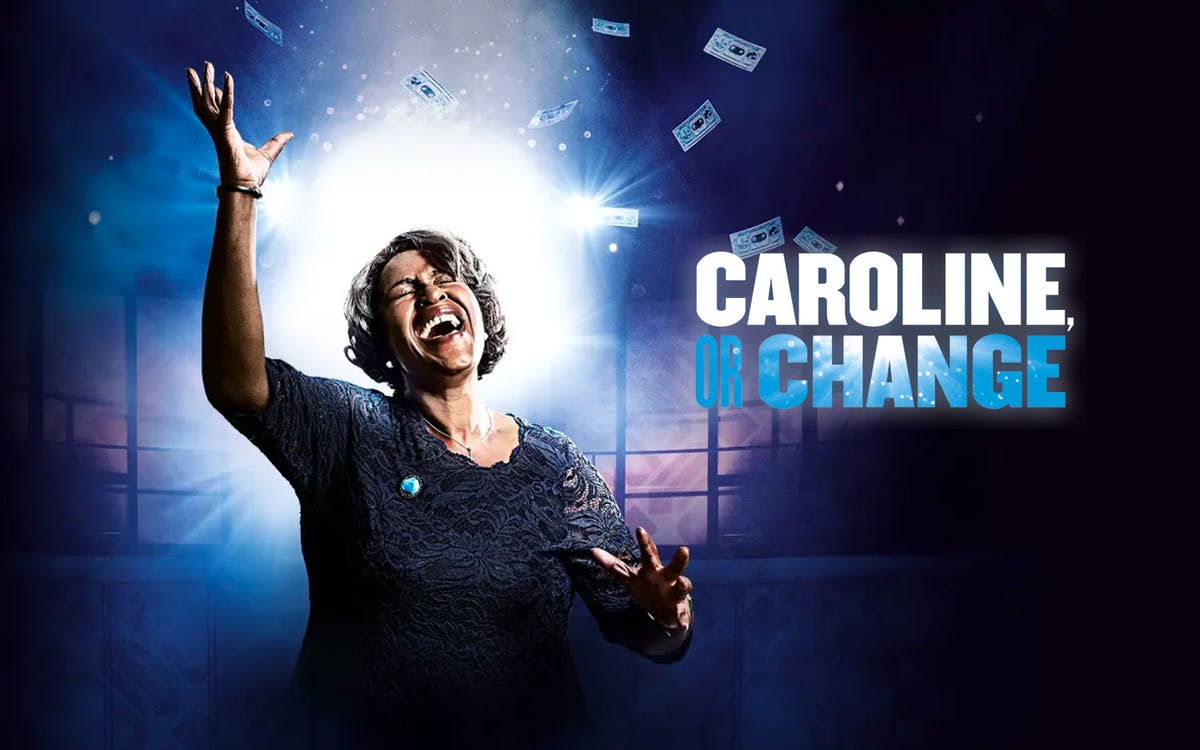 Catch Jeanine Tessori and Tony Kushner’s explosive musical, as it returns to Broadway, following a critically acclaimed run at West End! Hear transcendent tunes and experience larger-than-life imagination of one of the most touching stories to be showcased on stage!

why watch caroline, or change

Envisioned by Pulitzer Prize winner and multiple Academy Award nominee Tony Kushner, Caroline, or Change is all set to be revived on Broadway. Premiering in 2003 Off-Broadway, the musical went on to be showcased across the world, including Canada, several parts of the United States and England, and also West End. It won an Olivier Award for Best New Musical in 2007, and an Olivier Award for Best Actress in a Musical inn 2019, owing to Sharon D Clarke’s performance in the lead role. She is well known for her roles in television dramas such as Holby City and Doctor Who. Clarke is all set to reprise Caroline and is guaranteed to astound audiences from across the world. Produced in association with the Ambassador Theatre Group, there is no doubt that the musical will bring back the spark that made it so popular. Get ready for an evening of gripping drama, set at a time when racial discrimination was at the forefront of national politics!

It is 1963, and Caroline is a black woman who works as a maid for the Gellman family. Earning $30 a week, she is laundering clothes in the basement. Noah, the 8-year old son of the Gellman's is very close to Caroline, particularly due to the recent death of Noah’s mother. Caroline and Noah share a secret, which involves him lighting one cigarette a day for his caretaker. Caroline herself is a mother to four children and tries her best to provide the best life that she possibly can, given her means.

The careless Noah often leaves money in his pants, which Caroline find while putting them to wash. Noah’s stepmother, Rose, warns him that Caroline is allowed to keep any money that she finds in his pockets, so as to teach him a lesson and also supplement Caroline’s income. Noah, however, purposely leaves his comic book money in his pocket, to help Caroline. Will their friendship be jeopardized when Caroline keeps the money left in Noah’s pockets?

Duration
To be confirmed.

Photography and recording devices are strictly prohibited during the performance.

Missing any information?
Yes
No
This experience is unavailable
You'll be the first to know when these tickets are back online.
notify me
Awesome!We will notify you.
Why Headout?
Trusted platform used by 100K+ people, each month
Get the lowest prices and last minute availability
Discover and connect with 10,000+ experiences
Browse verified reviews and professional photographs
Have a question? Live chat with our experts 24/7
Other experiences similar to Caroline, or Change
Musicals
The Lion King
4.5
(1.1K)
from $86.50
Musicals
Aladdin
4.5
(2.3K)
from $69
Musicals
Phantom of the Opera
4.5
(2.8K)
$74.95
Musicals
Chicago
4.5
(2K)
$57
Musicals
Company
4.5
(1.8K)
from $66.50
The world on your tap!Get the Headout app to get tickets on your phone and access app-only deals. Talk about win-win.
We've served 10 million+ guests and we are here for you
10 million +Happy customers across 10,000+ experiences
4.4/55,000+ verified reviews with 90% excellent score
In the MediaFeatured and recommended by the best brands
24 x 7 Help CenterHave a question? Live chat with local experts anywhere, anytime
Headout is building the future of how we experience our cities.
Made with ❤️ all over the 🌎
Headout Inc.
82 Nassau St #60351 New York, NY 10038
Cities
New YorkLas VegasRomeParisLondonDubaiBarcelona+63 more
Headout
About UsHelpCareersTravel BlogCompany BlogCreator Partnerships
Partners
Join HeadoutSupply Partner HubAffiliates
© Headout Inc
Privacy PolicyTerms of Usage