Experience Sensuality Like Never Before at Zumanity Las Vegas

This saucy production combines raw sexuality, gorgeous aesthetics, and a talented cast to create on of the best adult live shows on the Las Vegas Strip. With aerial performances, acrobatics, dance, striptease - all of which blend in tasteful nudity - this show is sure to keep you at the edge of your seat in sheer anticipation.

This show depicts physical and emotional love, with a seductive twist. Unlike the other productions of the Cirque du Soleil, Zumanity Las Vegas is not restricted to a storyline, and will make your mind race with wonder. Be sure to catch this electrifying production of 90 minutes at the Zumanity Theatre.

Why You Should See Zumanity Las Vegas

Known as Cirque du Soleil's only adult show, this production is NOT a sex show. The show interprets the many features of sensuality, and is a variety of acts that are woven quite tastefully to produce something quite interesting. Often, people fear the show will be extremely risqué, but such is not the case. The show is refined, not raunchy - all nudity is tasteful. In fact, the costumes are the best part: there are brilliant variations of thongs and codpieces, each of which has been created keeping the show's message in mind.

Since there is no predefined plot, audiences often fret about what to expect. This production presents an erotic spectacle, somewhat like a cabaret, with many talented performers. Reviews prove that audiences enjoy the show quite a bit; in fact, it is even educational (to some extent). You will get to learn some practical life lessons- such as loosening up to discussion about sex, and if you’re lucky, the other lessons too, like how to stash booze in your bra, and get away with it! Amidst the craziness that involves chains, whips, leather, silk and more, you are guaranteed a night of fun and excitement. The aerial artists, lithe dancers, and mind-blowing contortionists will leave you wide-eyed, and you are sure to fall in love with the sassiest host of all time!

Timings: There are two shows Tuesday through Saturday - 7 PM and 9:30 PM.

Duration: The show is 90 minutes long.

Age requirements: The show is only for audiences aged 18 and above. Be sure to carry a valid ID. 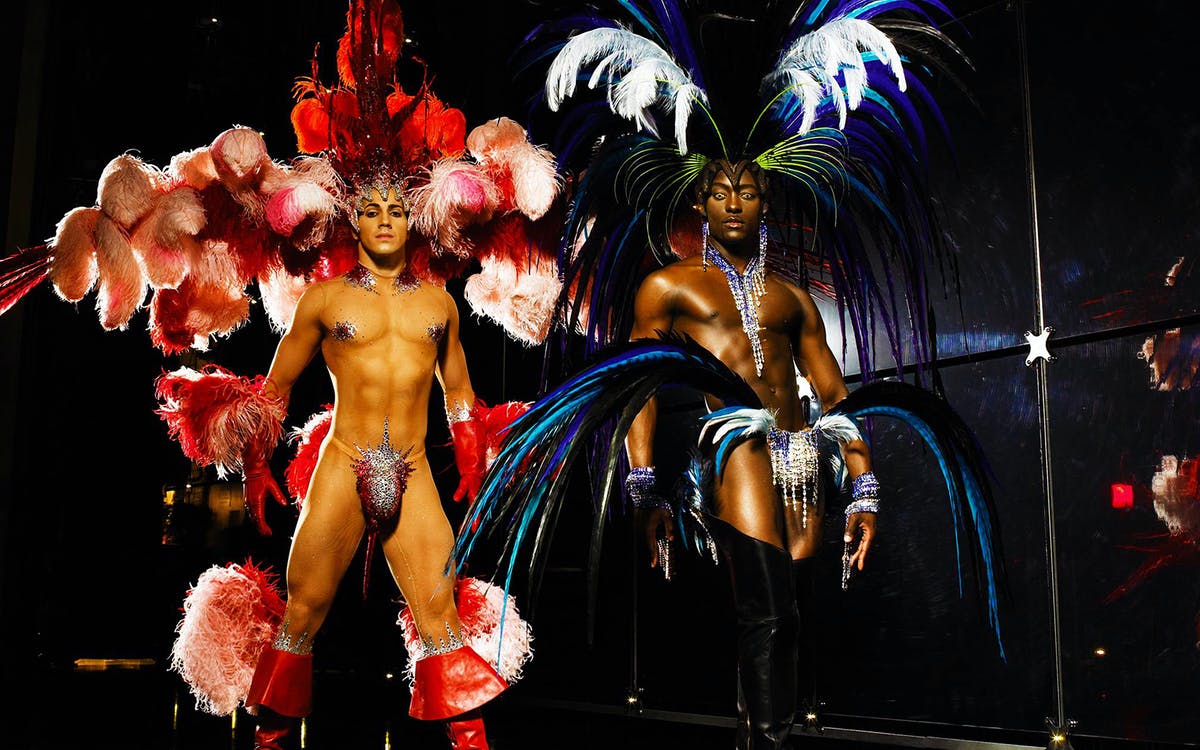 Apart from the many Cirque-ular staples, this production has many variations on striptease. Some of the enjoyable acts include two women slipping around each other in a goblet that is completely translucent, a woman dressed in a schoolgirl outfit that’s been shrunk after washing it, and a dancer shimmying Hula Hoops around her torso with much precision. Aerialists also bring to the table something different each time, mostly intertwining their acts with bondage.

““Zumanity” makes a point of offering multiple combinations of genders and colors. A man-on-man duet in black and white is played out in a cage (or playpen), a battle/ballet which, among other things, makes explicit the subtext of mixed martial arts. It’s all about voyeurism: While we’re watching the performers, they in turn are watching each other — and us — from balconies and sinuously spiral staircases. It’s all very “Eyes Wide Shut,” but in a good way.”
- Las Vegas Sun

“The idea of a sexually based Cirque show grabbed the public’s imagination, and there was intense buzz as the $16 million show began full-price previews in mid-August in its newly renovated $50 million theater in the New York-New York Hotel-Casino.”
- Variety