Get Discounts On The Lightning Thief Musical Tickets!

Things to do in New York Broadway Broadway Show Tickets Get Discounts On The Lightning Thief Musical Tickets!

The world of Percy Jackson is coming alive on Broadway this season! An ultimate homage to the teen fantasy, The Lightning Thief is a fantastic adaption of the bestselling series by Rick Riordan. Percy Jackson is an unlikely hero, a half-blood, the son of Poseidon and is being accused of stealing the lightning bolt of Zeus. Witness Percy’s adventures through the underworld as he goes on a quest with his friends to find the bolt, to prevent an impending war among the gods. The Lightning Thief running for a limited time is a perfect show for the holidays, don’t miss it!

The Lightning Thief is the latest addition to the Percy Jackson franchise. The Percy Jackson books written by Rick Riordan have created a storm among young readers for the past decade. The books have been adapted into movies and now the musical. Joe Tracz has written the book for the musical, and he is known for his work with another popular musical Be More Chill. The music and lyrics are by Rob Rokicki, while the musical is directed by Stephen Brackett whose previous works include Be More Chill, Significant Other, The Mad Ones, and Buyer & Cellar.

The musical has a cast of seven members who play multiple roles and critics and audiences alike have loved the performance of Chris McCarell who plays Percy. The production uses quirky stage props like toilet paper but does a fantastic job of creating a fantasy world with minimal theatrics. The musical is a must-watch for fans of the Percy Jackson series and a perfect trip down nostalgia lane!

The Lightning Thief musical follows the journey of Percy Jackson, a half-blood who has a human mother (Sally) and a Greek-god father (Poseidon). He is a troubled teenager who is suffering from ADHD and dyslexia and gets expelled from school on a trip to the New York Metropolitan Museum of Art when he is waylaid by a fury. His mother is not surprised at the expulsion, but her boyfriend Gabe is not as understanding and bullies Percy. Sally tells Percy about his father and how his quirks are nothing but strengths that he should be proud of.

While she is talking to him, a Minotaur kills off Sally and Percy kills him in anger. It turns out Percy’s best friend Grover is a satyr and he accompanies him to Camp Half-Blood which is a place for all kids whose parents are gods. While at camp, he meets kids of other gods like Aphrodite, Demeter, and Ares. Among them is Annabeth, the daughter of Athena, who forms a trio with Percy and Grover. At the camp, Percy is accused of stealing Zeus’s lightning bolt and the three must go on a quest to find it! Watch The Lightning Thief to find out how Percy navigates the underworld and retrieves the bolt! 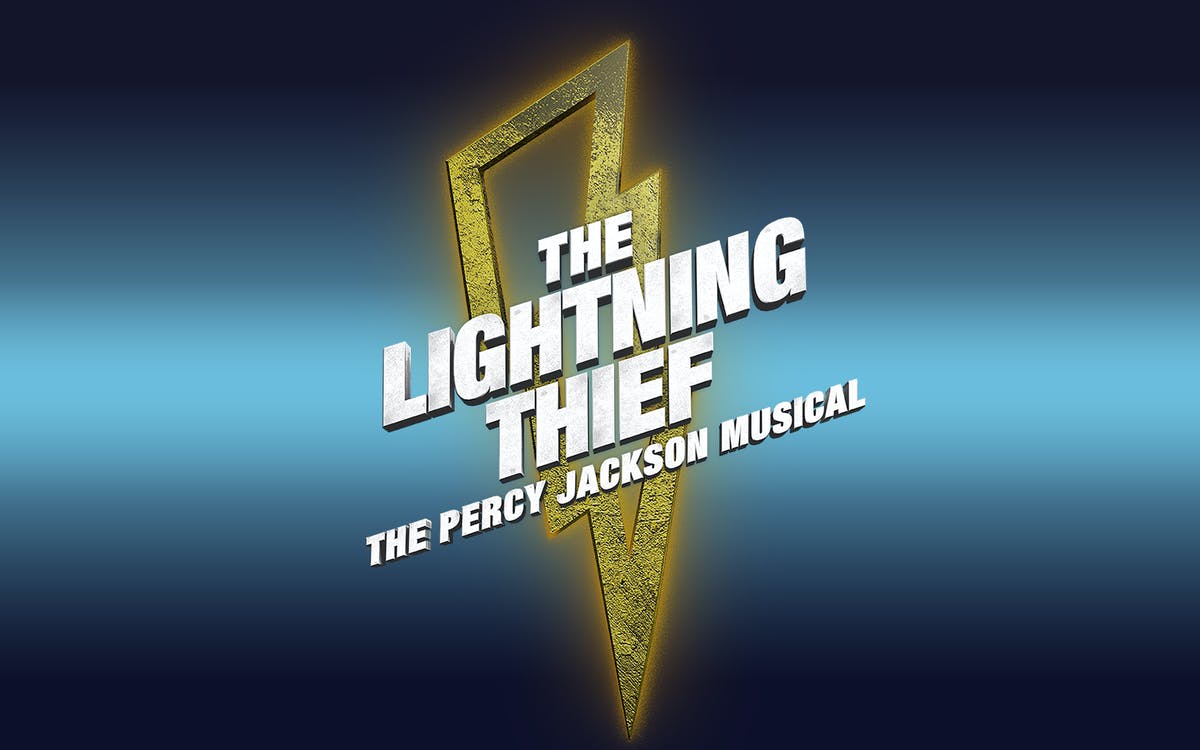 The Lightning Thief Cast
Chris McCarrell as Percy Jackson
Jorrel Javier as Mr. D, Grover
Ryan Knowles as Chiron and others
Sarah Beth Pfeifer as Clarisse and others
James Hayden Rodriguez as Luke and others

Seating
The Longacre Theatre has a seating capacity of 1,091.

Looking for discounts on The Lightning Thief Musical tickets?

Have a look at the real-time seat availability and prices of different sections for The Lightning Thief Musical. In the interactive seat-map, select the date that you would like to watch the show and check out the seats available for that day. You can filter the seats as per your desired price range and purchase tickets directly.

Use promo code and enjoy The Lightning Thief Musical tickets

The Lightning Thief first performed in New York City as a one-hour musical in 2014. In 2017, it opened for its Off-Broadway production at the Lucille Lortel Theatre, after which the cast went on a national tour. It will premiere on Broadway in 2019 at the Longacre Theatre for a limited period of 16 weeks.

“The Lightning Thief’ is a blast — and that’s no myth.”
- Boston Globe

For those looking to book discounted The Lightning Thief Broadway tickets online, platforms like TodayTix and Headout are your best bet, as they source tickets directly from the box office and scour the internet for any discount codes available for these shows. Any price advantages are then passed on ensuring that you are paying the lowest prices.

The Headout advantage for booking The Lightning Thief Broadway tickets: