Prague, the capital city of Czech Republic, is one of the most charming and magical cities of Europe. There are numerous attractions in Prague to keep you engaged for weeks. However, the main reason for the popularity of Prague as a favoured long-stay city is the great selection of day trip getaways one can take from Prague. Terezin Concentration Camp is one such excellent day trip destination. Just an hour away from Prague, the Terezin Concentration Camp takes you back to one of the darkest chapters in the history of mankind. 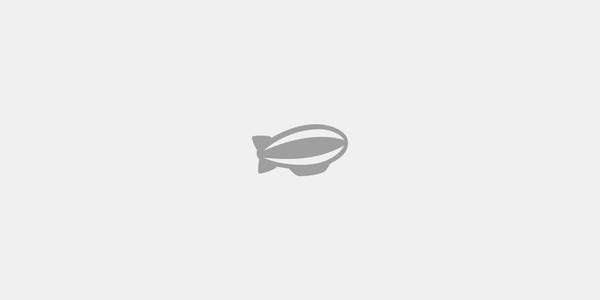 Contained within the walls of fortress Theresienstadt, Terezin was originally constructed on orders of Holy Roman emperor Joseph II, as a holiday resort for Czech nobility in the 18th century. However in the year 1940 Nazi Germany invaded and occupied Czechoslovakia and turned Terezín into a Jewish ghetto and concentration camp. More than 1,50,000 Jews from Czechoslovakia, as well as those deported from Germany, Austria, Netherlands and Denmark were sent to Terezin Concentration Camp. Many of these middle class Jews were educated scholars, philosophers, scientists, artisans, carpenters, musicians etc. who contributed towards the development of the camp. Terezin Concentration Camp served as a transit camp for Jews en route extermination camps but was also presented as a "model Jewish settlement" for the purpose of an eyewash for the Red Cross.

Even though the Terezin Concentration Camp was not an extermination camp, the enormous population density, malnutrition and extremely poor living conditions led to numerous deaths. The death rate within Terezin Concentration Camp was so high that the Germans built a crematorium capable of handling almost 200 bodies a day to the south of the ghetto.The Germans deported over 90,000 Jews to other concentration camps of Treblinka, Auschwitz, Riga, Warsaw, Lodz, Minsk, and Bialystok. They were either killed here or deported further to other killing centers in Nazi-occupied eastern Europe. At the end of World War II,the Holocaust left just about 17,000 survivors of Terezin including some who had survived the death camps. 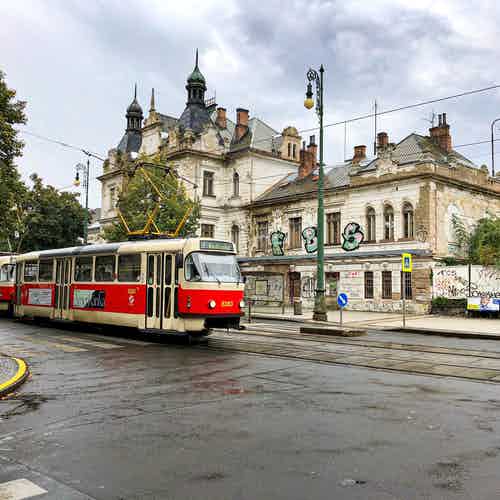 The small fortress was built in 1780’s under the rule of Emperor Joseph II to keep Prussians safe. However the fortress came to be used as a prison in the mid 19th century. You can feel the torture and pain of the inmates as you walk through the cemetery in front and the courtyard courtyard scores of cells. Originally the large fortress was more like a town behind walls. In 1942, the Nazis established the ghetto and concentration camp in the main fortress on the east side of the river. They used the Jewish artisans and carpenters, to convert the fortress into a concentration camp. There are four prisoner courtyards facing the cells in Terezin Concentration Camp. As you walk through these courtyards you can feel the misery of those who were confined here. The tiny cells housed prisoners in large groups sometimes as many as 100 prisoners were held in a group cell. The third Courtyard was the women’s section. Empty attic spaces were often transformed into small synagogues like the vaulted ceiling at 17 Dlouhá Street. The upper walls and vaulted ceiling were decorated. After the expulsion of the non-Jewish population in 1942, prayer rooms were also founded in garages, cellars and storage spaces. A former shooting range was converted into the execution courtyard. Some prisoners were hanged while most were shot by a firing squad. Other inmates were also made to witness these executions. Mass graves were unearthed later near the execution site. This museum tells the history of the ghetto established in the walled fortress town. One can learn about the unbelievable horrific lives of prisoners who were captured here. One of the highlights of this museum are the exhibits of children’s artwork. You also get a glimpse of the cultural and spiritual activities in the ghetto despite acute pain, hunger and death The living conditions in the ghetto were so ghastly that it led to mass deaths. The Bohušovice basin close to Terezin Concentration Camp was no longer sufficient to accommodate mass graves. The Nazis eventually put a crematorium into operation on ground south of the town fortifications to carry out mass cremations. A Columbarium was created in an enclosure near the assembly point XXVII of the Main Fortress to lay down the ashes of thousands of victims. To cover up the traces of crimes committed by Nazis, the Columbarium was cleared up by burying some of the urns near the concentration camp in Litoměřice and the rest thrown away in river Ohře. These Barracks as a part of the Ghetto played an important role during wartime. This was the seat of the Jewish self-government. Magdeburg Barracks were the venue for major cultural events, divine services, lectures and meetings. It was later reconstructed and used for museological and educational purposes apprising the actual cultural life of the Ghetto inmates. In their attempt to portray Terezin as a ‘model ghetto’ to international agencies, prisoners were given official permission to devote themselves to artistic activities. Even under such extreme conditions of deprivation The Terezin theatre proliferated. Some of the scripts written in the ghetto have been preserved. These were the halls where the bodies of the deceased were collected and mourners paid their last respects to them. Though it is a comparitively small space, imagining the pain that families went through in here is beyond traumatising. Small Fortress was originally built as a Gestapo prison for political prisoners and captured partisans. Neighbouring the SS-controlled Jewish ghetto, it was in use from 1940 to 1945. Last of the German war criminals, who were imprisoned here by the victorious Allies, were executed.

Terezín is 60 kms north of Prague, approximately in the direction of Dresden.

It is fairly easy to get to Terezín from Prague. There are multiple options to choose from.

Bus from Prague to Terezin

There are multiple buses( about 10) that leave from the main bus station Florenc, Prague. Buses also depart from stand 7 of the bus station beside Prague’s Holešovice train station. They leave you at the carpark at Terezín if you want to begin your sightseeing at the small fortress and prison museum. If you plan to begin at the large fortress and ghetto museum you should stay on and get off at the tourist information office.

Train from Prague to Terezin

The trains depart from the Praha Masarykovo railway station or from Prague's main station. The latter ones take lesser time, roughly an hour to Bohusovce ad Ohrim. The faster trains are marked R and the slower ones O. You get off at the station and it is a 15-30 minutes walk to the Small Fortress.

Guided Tour from Prague to Terezin

Guided tours to Terezín from Prague are very popular because they are very informative and convenient. You assemble at a central location in Prague and are taken to Terezín by public transport (mostly buses). The tour includes your entry ticket at Terezin Concentration Camp and an interesting guided tour with historical facts and stories. In the evening you are dropped back to the meeting point.

This was by far the most moving experience of our 2 week trip to Prague, Budapest and Vienna. Pavel's knowledge and passion about the tragedy of of Terezin was amazing, he humanizes the victims of the Holocaust and brings the Terezin experience to life in a most unforgettable way, we felt like we were walking through history. The small group tour, there were only 8 people on our tour, was a good value. I highly recommend taking this tour, you will learn things about Terezin that you would never have discovered on your own. A humbling experience that I will never forget and which should never be forgotten.

Pavel Batel provides a spellbinding tour of Terezin. His knowledge of history, research and writing about Terezin were brought to life through his outstanding stories and narration. It started when he picked us up at our hotel and stopping at the monument to the paratroopers who tried to kill Heydrich and continued all the way through Terezin. There is no way that we could have learned a fraction of what he showed and shared without him. He is highly recommended. Bring a camera or smartphone, comfortable shoes for walking and a desire to learn about what really happened at Terezin.

Read what others have to say about the Terezin Memorial on TripAdvisor.

Other Day Trips from Prague

Interested in exploring other day trips from Prague? Here's our curation of the top 3 Day Trips from Prague and an all inclusive Prague Travel Guide! Simply click to read more. 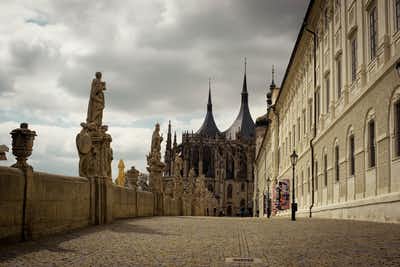 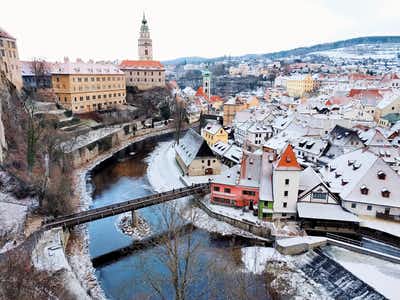 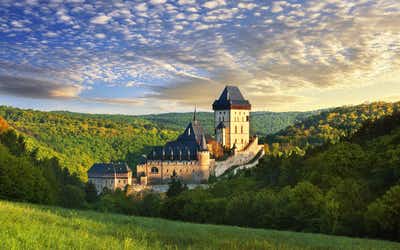 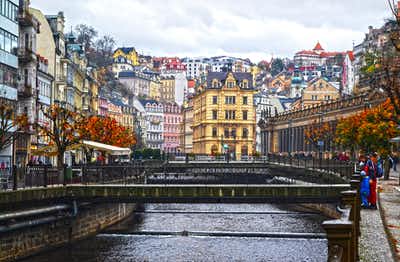 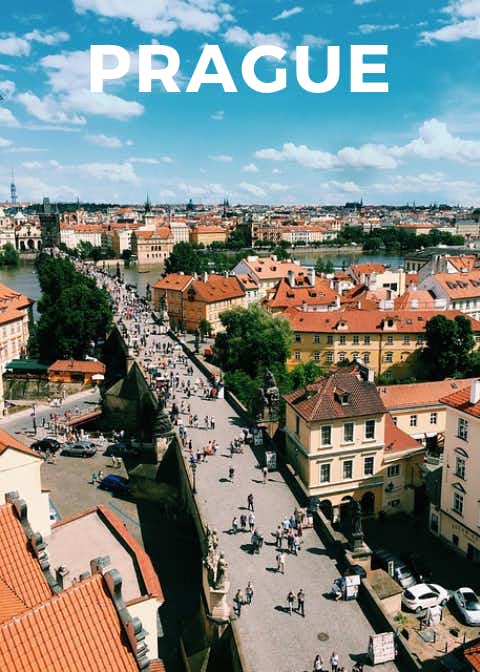