It's time to holiday with Headout
Flat 8% OFF on all Headout experiences this holiday season!
Use Code
*coupon valid for the next 24 hours only.
About the Show
Discount Tickets
TKTS, Lottery, SRO, Rush

Children can ‘make believe’ themselves into any scenario, princes fighting dragons, doctors treating patients, teachers teaching students or sometimes parents taking care of other kids. Make Believe is a show about one such family of four kids in the 1980s, who are left to take care of themselves in the absence of their parents. Do the elder siblings get anxious under the responsibility of taking care of the younger ones? Do the young ones always crave for parental affection? When does the make-believe turn into reality? Bess Wohl narrates the story of this family and how the teetering relationship of their parents affects their childhood and their transition into adulthood.

Make Believe - About The Show

Make Believe is a unique production in that it uses child actors in a live show! It is rare that Broadway has child actors as they are unpredictable but Make Believe has made it possible. The show involves four kids aged between 8 to 11 who play children aged between 5 to 10, their performance on stage is amazing and it’s difficult to draw a line whether they are really acting or just playing!

The show is written by Bess Wohl who is famous for writing emotional and evocative plays like Small Mouth Sounds, Pretty Filthy, American Hero, Barcelona, and Touched. She has been involved extensively with director Michael Greif (Dear Evan Hansen, War Paint, If/Then, Next to Normal) to work with the children and make the play endearing yet impactful. The authenticity of the production and the 1980s feel has been the creative output of David Zinn (Scenic Design) and Emilio Sosa (Costume Design) who have brought to life a child’s bedroom with cabbage patch dolls, Fisher-Price playsets, and Star Wars flyers. The child actors have done a brilliant task but the adults take over seamlessly too and help us empathize with their utterly dysfunctional childhood.

Make Believe is a show for adults and offers insight into how the actions of parents invariably impact their children and even their future actions. Children have the ability to stay resilient despite everything that’s happening around them but it leaves a mark and this show is about exploring how that happens. Watch this gut-wrenching show about the eventful journey from childhood to adulthood.

The show Make Believe is set in the 1980s in a typical American household when latchkey kids were a phenomenon. The family’s four kids are left alone one day when their father is off on a business trip and their mother’s whereabouts are not known. The kids between ages 5 to 10 are left to fend for themselves, not even having an after-school snack!

The kids decide to indulge in a bit of old fashioned make-believe when they role-play a family where Chris and Kate the older siblings play father and mother, younger sister Addie plays their daughter and the youngest Carl plays the family dog, in which role he really is in his element! There is absolutely no presence of adults in the house, except for a phone machine where they hear messages from a concerned family friend, their mother’s hairdresser and an ugly message from their father.

The second part of the show deals with the kids who have now grown up into adults and are back home to attend a funeral. This the part when the story takes a turn and the audience gets to find out what happened in the past years of their lives. Only three of them have returned and with their own emotional baggage. Watch Make Believe to find out what happens to the kids and how their childhood experience impacted them. Did they stay close or drift apart with time? 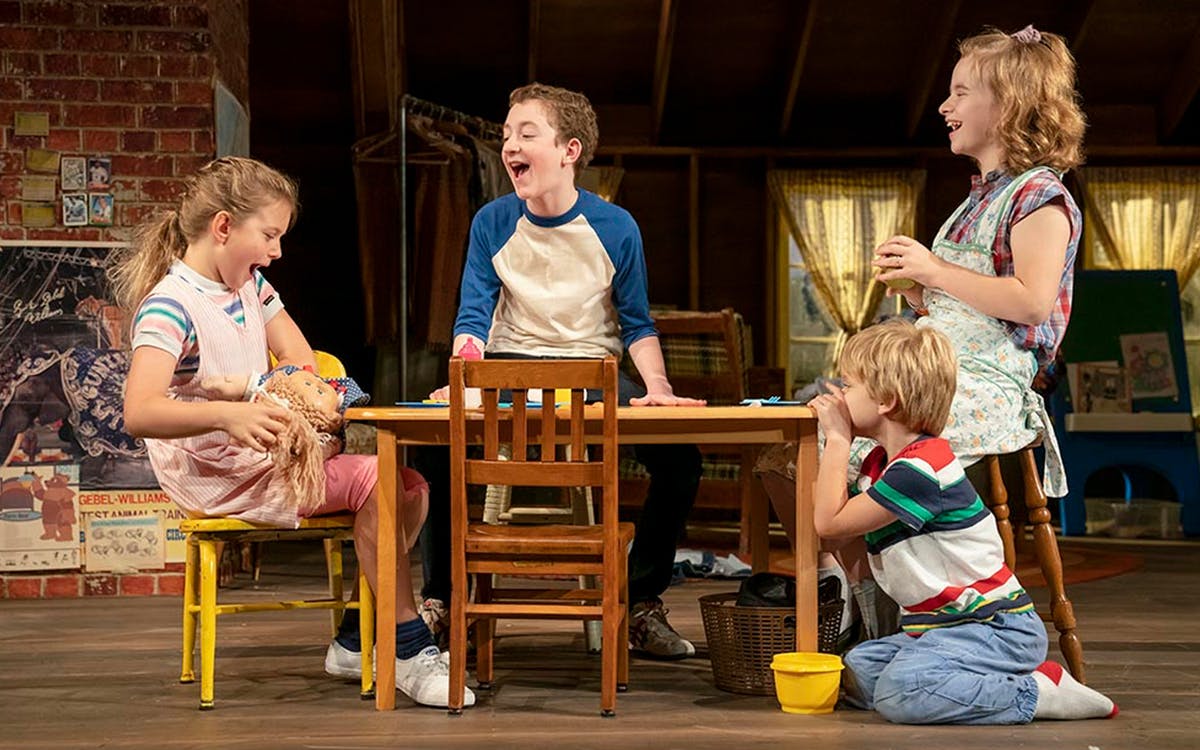 Previews for the show are available from 20 July 2019 at 7 PM from Tuesday to Thursday. From 15 August, the show is also available at 2 PM on Wednesdays.

Audience
The show is recommended for adults (18 and above).

Seating
Tony Kiser Theatre has a seating capacity of 296.

Have a look at the real-time seat availability and prices of different sections for Make Believe. In the interactive seat-map, select the date that you would like to watch the show and check out the seats available for that day. You can filter the seats as per your desired price range and purchase tickets directly.

Make Believe first debuted on the Hartford Stage in 2018. The current production is its first Off-Broadway outing and will run for a limited engagement from August 15th to September 15th 2019.

“This beautifully constructed play — a regret-tinged examination of family and trauma and sibling connections that maybe, back in those formative years, were not forged solidly enough — is emphatically for adults”
- New York Times

“Make Believe” is a profoundly successful play about the difficult journey from childhood to adulthood. It’s also an astounding live stage depiction of childhood trauma, one that is able to show internal damage without resorting to externalized theatrics.”
- Hartford Courant

Tony Kiser Theatre is a part of the Second Stage Theatre Company and is located at 305 West 43rd Street on the corner of Eight Avenue. The Off-Broadway theatre was started to showcase the works of 21st Century playwrights and for second stagings of contemporary shows to give them a wider audience. The theatre has a capacity of 296 seats and the seating plan is divided into three sections. There are 12 box seats, and 14 rows of seats. The Tony Kiser Theatre has previously hosted shows like Dear Evan Hansen, Next to Normal, The Little Dog Laughed, and Spelling Bee.

For those looking to book discounted Make Believe Off-Broadway tickets online, platforms like TodayTix and Headout are your best bet, as they source tickets directly from the box office and scour the internet for any discount codes available for these shows. Any price advantages are then passed on ensuring that you are paying the lowest prices.