On a Musical Trail With Elbphilharmonie Hamburg

Things to do in Hamburg Hamburg Tickets Landmarks in Hamburg Elbphilharmonie

In Hamburg’s HafenCity, you will see an impressive glass building on the banks of Elbe river. Wondering what it is? This is the Elbphilharmonie ( pronounced as Elb-phil-har-mo-nie), a world class concert hall comprising of three concert halls, a Westin hotel, 15 floors of 45 apartments, an 80-metre escalator - the longest in Europe and a plaza flaunting 360° panoramic views of the city. Elbphilharmonie, which opened its doors in January 2017 has evolved to become a new cultural landmark in just a year’s time, attracting millions to its grandeur. Here’s all you need to know about the Elbphilharmonie Hamburg, a bit of history, a little on its stunning interiors and how you can get Elbphilharmonie tickets to view the best of this Hamburg plaza.

Elbphilharmonie in a Nutshell

The Elbphilharmonie Plaza, an area open for public viewing remains also open from 9:00 AM to midnight daily. Varied timings follow on the below dates :

If you're looking to purchase a ticket and enter the building, make sure to enter through the main entrance marked "Elbphilharmonie' . Admission takes place only at the main entrance and is by concert ticket or Plaza ticket only. Once you purchase the tickets, the tube takes you to the Plaza and foyers of the Grand and Recital Halls.

Ferry 72 from the Landungsbrücken pier will drop you right in front of Elbphilharmonie. This is an exciting and great public transport option.

Elbphilharmonie has a multistorey paid car park which is open 24/7 and will cost you €4.50 per hour. There are 433 parking spaces available.

Since there are bicycle stands available in front of Elbphilharmonie, you can take them from any part of the city and park them here safely. 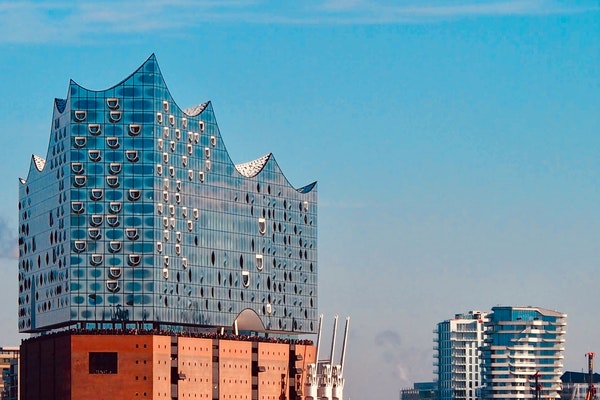 The Elbphilharmonie Hamburg stands today where Kaiserspeicher, the first warehouse in Hamburg was built back in 1875. Kaiserspeicher was a magnificent Neo - Gothic structure, a masterpiece for its times and earned fame as Hamburg’s landmark when the city became an center for international trade. However, during World War 2, the Kaiserspeicher was completely destroyed and by 1963, the building was detonated. Soon, the Kaispeicher A was erected on same site and became a storage house for cocoa, tea and tobacco till the 90s. With the rise in container transport, Kaispeicher A lost its important and ultimately stood empty.

However, it has drawn half a million visitors since it opened in November 2017 and is touted to be a momentous beacon in Hamburg music history. Only time will tell, but here's a modern building representing a modern Germany, a definite pride for Hamburg.

Which Elbphilharmonie Tickets Should You Buy?

Exploring Elbphilharmonie Hamburg - Inside Out

There are 5 noteworthy parts to the Elbphilharmonie, Hamburg. In this section, we'll take you through a sneakpeak of Hamburg's Elbphilharmonie , inside out and all around.

The Tube is a 82-metre-long ( 270 foot long), curved escalator that begins at the entrance of the Elbphilharmonie Hamburg. It moves at a snail pace, but that's by design. It should take you about 4 minutes to ride all the way up, a rather interesting 4 minutes. The tube is sequined with thousands of reflective discs shedding an illusory effect. This ride leads you to an observation platform, flaunting sweeping views of the Elbe River, the container harbour and docks, bristling with cranes.

At 37 metres above ground level, this Elbphilharmonie Plaza is a public viewing platform which remains open to the public seven days a week, all day long. The Elbphilharmonie Plaza is wedged between the building’s modern prismatic facade and the old brick warehouse making for an ideal viewpoint. You can enter the Plaza without a ticket (entry is free but you can make an advance reservation of €2 online if you’d like to skip the queues). From here, you can watch all of Hamburg in full view, river Elbe winding along the endless docklands, boats moored on the side of the river, the city’s spires soaring above flat-top buildings. From the Elbphilharmonie Plaza, you can access the concert halls, hotel lobby, Elbphilharmonie Shop, and Deck & Deli via stairways and lifts.

The Grand Hall at Elbphilharmonie is at the heart of this grandiose building. With a capacity of seating 2,100 guests, the Grand Hall is designed in vineyard style wherein the orchestra sits in the middle with the rows of seats rising steeply in interwoven tiers. This style of seating ensures unobstructed sightlines of the stage and an impeccable listening experience from each and every seat. The acoustics in this hall has been developed by the internationally renowned acoustics specialist Yasuhisa Toyota. He has decked the hall with grooved plaster and paper panels designed to create balanced resonance, resembling sea shell imprints and creating a dazzling effect overall. They say that making music an experience that is accessible and approachable was written into the DNA of Elbphilharmonie Hamburg.

The Kaistudios with a capacity of 150 seats is a safe space echoing with the freedom of creative expression in all forms, be it music, seminars, workshops or rehersals. If you pop by, it is likely that you'll see a participatory project or a musical instrument workshops running by in full swing. It occupies the 2nd and 3rd floor of Elbphilharmonie Hamburg and is nicknamed the "World of Instruments".

Taking a guided tour through Elphilharmonie is the best way to explore the magnificient concert halls, the spectacular plaza and other parts of this astounding building. Depending on the tour you choose, you will be taken through the old Kaispeicher warehouse, the Plaza, the foyer areas and the Grand Hall with an expert guide by your guide. Here's our curation of the best Elbphilharmonie Tickets

St Pauli and Reeperbahn are the soul of Hamburg. No, we're not lying. Currently at its flashy best, this district was originally a planned military base. These two places, revel in their vices. For real.

Hamburg Harbour Cruises are the best way to explore the Hamburg Port, which is in fact, the largest port in Germany and acts as the primary connect between Germany and the rest of the world.

Before you go on a tour of the Elphilharmonie Hamburg, here are a few things you should know:

Save €6 on your first booking with Headout when you use promo code: GOGER

Where is the elbphilharmonie?

The Elbphilharmonie (German pronunciation: [ˈɛlpfɪlhaʁmoˌniː] ( listen); "Elbe Philharmonic Hall"), popularly nicknamed Elphi, is a concert hall in the HafenCity quarter of Hamburg, Germany, on the Grasbrook peninsula of the Elbe River. It is among the largest in the world.

Why was the elbphilharmonie built?

The initial idea for rejuvenating Kaispeicher A was of the construction of the MediaCityPort - an office building for the media industry, which was to tower up to a height of 90 metres on top of the Kaispeicher A, with a gross surface area of 50,000 square metres.

How much did elbphilharmonie cost?

Who paid for the elbphilharmonie?

Hamburg's former mayor, Ole von Beust, has been given much of the blame for the botched timeline and cost overrun. The building's costs ballooned from $200 million to an estimated $870 million—with German taxpayers paying the difference.

What happens when algorithms design a concert hall the stunning elbphilharmonie?

No two panels absorb or scatter sound waves alike, but together they create a balanced reverberation across the entire auditorium.

Miniatur Wunderland Hamburg: Everything You Need To Know Before Booking Your Tickets
Cruise The Port of Hamburg With These Hamburg Harbour Tours
Explore Hamburg’s Red Light District With St. Pauli & Reeperbahn Tours 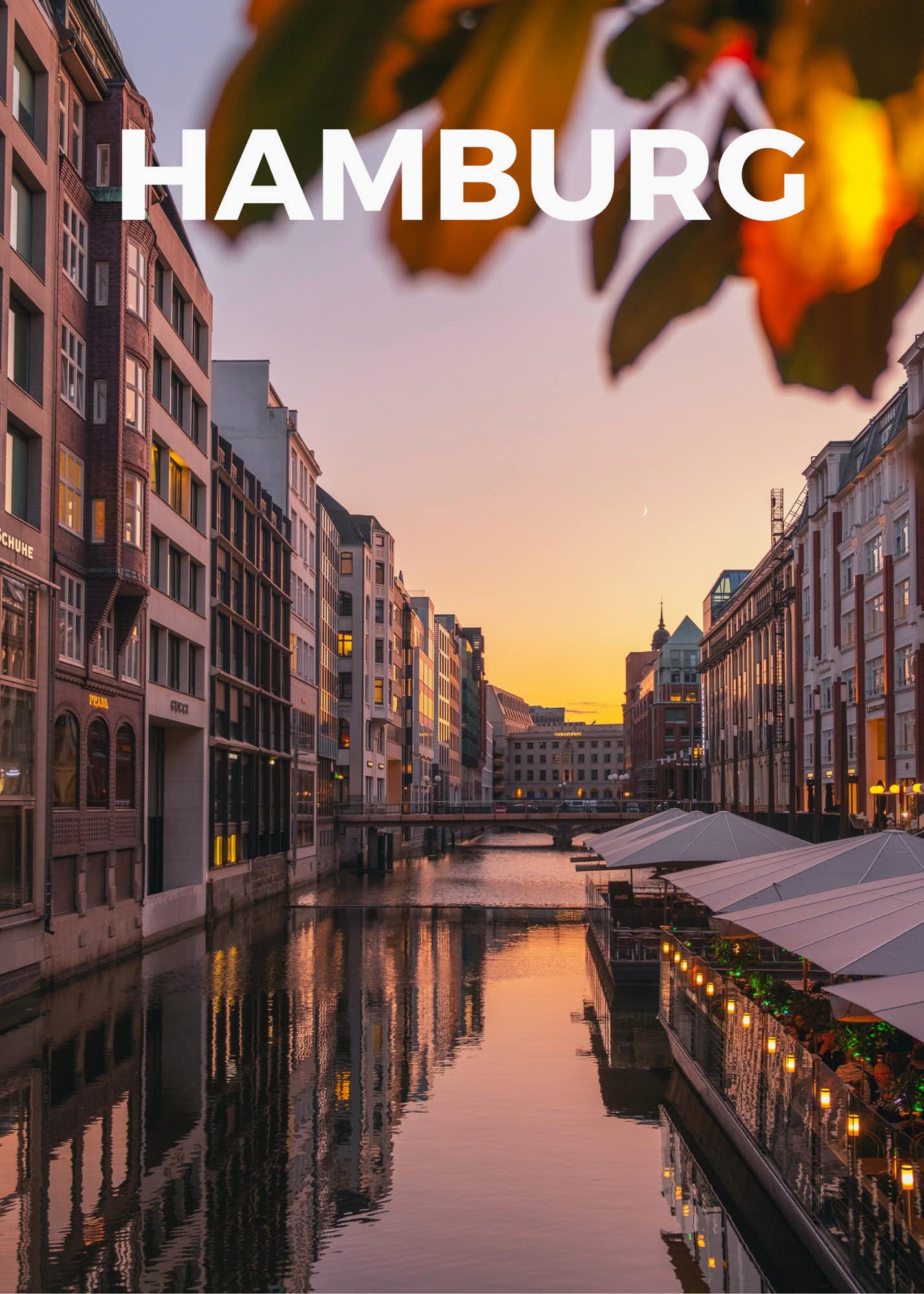