Get Discounts DaVinci and Michelangelo: The Titans Experience Off-Broadway Tickets!

DaVinci and Michelangelo: The Titans Experience - About The Show

DaVinci and Michelangelo: The Titans Experience has been directed by Bill Stine, who has previously directed plays in New York, St. Louis, and Chicago. Stine is a long time collaborator of Rodgers. Shari Debandt has worked on lighting and production design while Mark and John Rodgers have written the show. DaVinci and Michelangelo: The Titans Experience is set to open on August 15th 2019 at St. Luke's Theatre with tickets selling through January 5th 2020.

DaVinci and Michelangelo: The Titans Experience isn't your regular New York theatre fare. The performance event is, in fact, as far from a scripted play as possible with the focus on showcasing the legendary geniuses at their very best and analysing their work through a modern lens. The show isn't focused on telling their story but wants to be an insightful exploration of DaVinci and Michelangelo's many creations. Almost 500 years after their time, the two titans of the Italian Renaissance are finally making their New York Stage debut. Some famous artwork which is explored during the show includes the Statue of David, Mona Lisa, and Sistine Chapel among countless others. Described by creator Mark Rodgers as "DaVinci and Michelangelo has everything that everyone can relate to. The impact of everything they said and did can be found in our lives today." 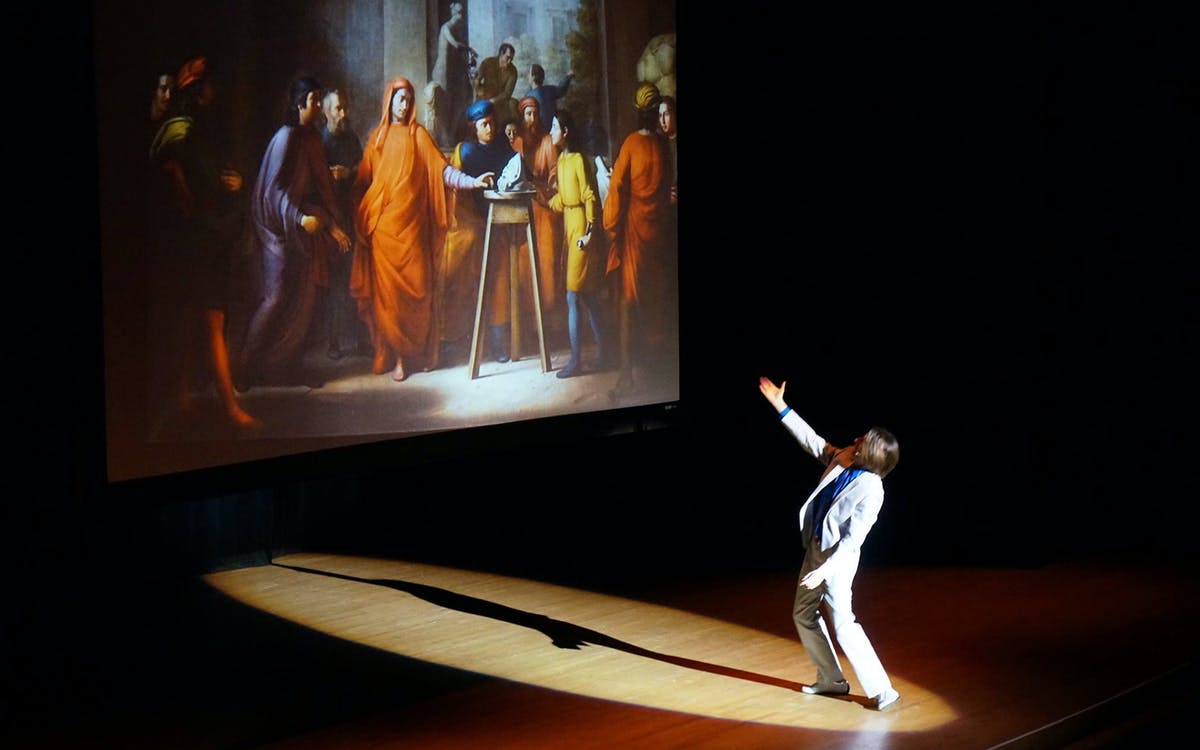 The show is scheduled to begin previews from 15th August 2019 with the official opening night set for August 17th 2019.

Duration
2 hours, including one intermission

Seating
St. Luke's Theatre has a seating capacity of nearly 174.

Looking for discounts on DaVinci and Michelangelo Off-Broadway tickets?

Have a look at the real-time seat availability and prices of different sections for DaVinci and Michelangelo Off-Broadway. In the interactive seat-map, select the date that you would like to watch the show and check out the seats available for that day. You can filter the seats as per your desired price range and purchase tickets directly.

Use promo code and enjoy DaVinci and Michelangelo Off-Broadway tickets

DaVinci and Michelangelo The Titans Experience will open on 17th August 2019 and tickets are currently on sale through 5th January 2020.

None available at the moment. Please check back later.

DaVinci and Michelangelo: The Titans Experience is being mounted at St. Luke's Theatre. Located at St. Luke's Lutheran Church at 308 West 46th Street, the theatre is a part of the iconic Restaurant Row in Manhattan's Theatre District. With only 174 seats, this Off-Broadway house is one of the smallest theatres around and is famous for hosting some of the best Off-Broadway productions. Despite its small size, the theatre houses three wings and boasts comfortable chairs on risers. Featuring plum-color walls which wonderfully contrast with the tannish color of woodwork around the walls, another highlight of St. Luke's Theatre is that it plays host to multiple shows at different times on the same day. Presently, St. Luke's Theatre is being operated by Edmund Gaynes and the West End Artists Company.

For those looking to book discounted DaVinci and Michelangelo: The Titans Experience Off-Broadway tickets online, platforms like TodayTix and Headout are your best bet, as they source tickets directly from the box office and scour the internet for any discount codes available for these shows. Any price advantages are then passed on ensuring that you are paying the lowest prices.