Rhinestones, feathers, sequins, and, of course, the French can-can, the dazzling world of cabaret has been a significant part of Parisian culture since the 19th century. Initially established as a creative hub where musicians, dancers, writers, poets and artists gathered to socialize and discuss their work over a few drinks, the first ‘cabaret’ - Le Cabaret Artistique - quickly grew in popularity, inspiring many more venues of its kind.

As the years went on, cabaret culture transformed into fun, champagne-filled parties with lively dance performances. The venues were open to anyone, designed to unite people from all backgrounds. Today, world-famous cabaret houses like the Moulin Rouge, Crazy Horse, Le Lido, and Paradis Latin, live on, enchanting audiences with their provocative concoctions of dance, music, and theater.

From the iconic red windmill in front of the Moulin Rouge to the sultry velvet interior at Crazy Horse, entering one of Paris’ legendary cabaret clubs is like stepping into another world. Vegas-style glitz, a sultry 1920s-esque ambiance, and avant- garde performances - a cabaret experience extends far beyond what any ordinary live show can offer.

As you take your seat, prepare for a multi-sensory experience as you scan the room. Generally, seats are assigned on a first-come first-served basis, so make sure you arrive a little early if you’re hoping to sit close to the stage.

Most cabarets offer show packages that include dinner, champagne, or, both. If you opt for a dinner show, you’ll get to enjoy additional time in the club. Plus, since you’ll be arriving well before the start of the show, you can count on snagging some of the best seats. Dinner is usually served about 2 hours before the show. Enjoy traditional French cuisine prepared by notorious chefs and take in the lively atmosphere and music as you await the show’s start.

Each cabaret features its own, unique headlining performance. As the show begins, witness a sensational explosion of feathers and sequins as the can-can girls take the stage. Risqué choreography performed by sensational talent, cabaret is entertainment at its best! Watch the French can-can come to life as you sip champagne in one of the city’s legendary nightlife hotspots.

Situated in the heart of the lively Montmartre district, the Moulin Rouge first opened its doors in 1889. Since then, the legendary club has played host to hundreds of talented actors, dancers, make-up artists, costume designers and stage decorators. It’s also been the inspiration for dozens of films, including Baz Luhrmann’s Hollywood hit movie starring Nicole Kidman. Today, the Moulin Rouge continues to entertain audiences, attracting over 600,000 spectators a year! The cabaret’s current show, “Féerie”, brings together an extensive troupe of performers, including 60 Doriss Girl Dancers. Featuring costumes produced in Paris' most prestigious studios, and stunning stage sets created by Italian artists, the Moulin Rouge puts on colorful performances that are much more than just a show. Step into the world of rhinestones and sequins for a truly enchanting experience! Read More

Situated at the Champs-Elysees, Le Lido opened in 1946 and has since been the go-to venue for cabaret and burlesque shows in Paris. Known for its exotic productions, Le Lido also introduced the revolutionary concept of the ‘Dinner Show’ - a now widely-replicated concept - which played a huge role in propelling the cabaret hotspot to international success. With vibrant colors, mesmerizing crystals, glistening chandeliers and the latest light projection technology, Le Lido attracts 500,000 visitors each year! Staying true to its heritage, admire the quintessential feather-and-sequin headbands as the you witness the Bluebell Girls and Lido Boys put on their mesmerizing performance. An ice rink and water screen, clowns and acrobats, plus, a sizzling new cancan performance - discover the nuances and charisma of a cabaret performance with all its shining lights and dazzling crystals at the Lido Show Paris. Read More

Beauty, seduction, and charm, Crazy Horse is one of Paris’ racier cabarets. A contemporary take on traditional cabaret, it has a distinct burlesque style. The club is also widely known for its performances that celebrate femininity and creative expression, earning it the nickname, ‘Temple of Femininity’. With fantastic shade and light effects, watch as nude female dancers paint perfectly drawn silhouettes on stage for an absolutely stunning show. While other cabarets are suitable for young children, Crazy Horse is suggested for adults only, and children under 13 will not be admitted. In recent years, the show has grown increasingly popular thanks to its regular guest stars, Noémie Lenoir or Dita Von Teese. An enchanting burlesque show interspersed with playful striptease, transport yourself to another world at the Crazy Horse Paris. Read More

Featuring jugglers, singers, mimes, can-can dancers and more, Paradis Latin is a temple of the performing arts. The oldest and most historic of all cabarets in Paris, Paradis Latin is situated in the heart of Paris, just steps away from Notre Dame and the Panthéon. Known for its exotic productions, innovative cabaret approach and heartfelt performances by an international troupe of artists, Paradis Latin has been entertaining crowds since 1803. Once a place where artists, bourgeois, writers, intellectuals, students and other professionals got together to celebrate life itself, the venue today lives on as a the perfect place to unwind with some fabulous entertainment and good drink in hand. Musical comedy, lavish fanfare and modern ballets featuring the famous French Cancan, the cabaret’s current show, “Paradis à la Folie”, is seductively charming. Considered to be the ‘cabaret of choice’ by Parisian locals, this venue has long been a nightlife hotspot. Read More 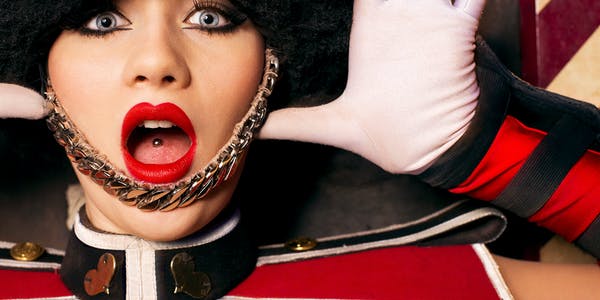 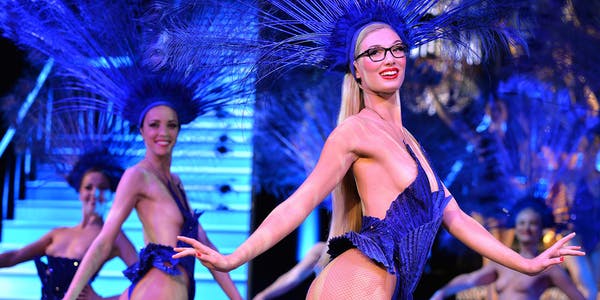 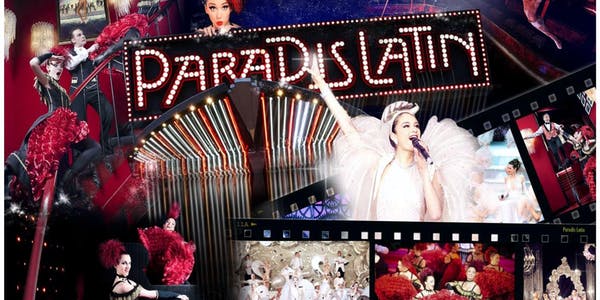 Heading to Paris and looking for more incredible experiences? Check out our ultimate Paris Guide. From itineraries to the best things to do, have all your questions answered, plus, find unbeatable discounts on tickets and tours.