West End will soon welcome on stage, one of the world’s most popular and favourite children's stories, ‘Snow White’. This wonderful, festive production will play at the London Palladium for a limited run, from the 8th of December 2018 to the 13th of January 2019. This venue, the London Palladium, has seen its fair share of pantomimes, showcasing ‘Cinderella’ in 2016 and the hugely successful ‘Dick Whittington’ in 2017. This West End adaptation of Snow White is created by the same team that brought the world ‘Dick Whittington’, so it is safe to assume that the performance and overall production this time around will be the same, if not better than the ‘Best Family & Entertainment’ Olivier Award-winning show.

Armed with an all-star cast, an evergreen storyline, and glamorous sets, ‘Snow White’ at the London Palladium will surely be the fairest pantomime of them all! The following guide will provide all the important information about ‘Snow White’, and will also help you find tickets at the cheapest price for the same. So keep reading on!

As you would’ve guessed, ‘Snow White’ is based on the 19th-century German fairytale of the same name, and over the years, this story has become one of the most widely read children’s tales of all time. This production of ‘Snow White’ promises to be a lavish spectacle and sparkling sight, as is expected from most West End pantomimes. The star-studded cast that will grace the stage include pantomime legend Julian Clary as the Man in the Mirror, Nigel Havers as The Understudy, Paul Zerdin as Muddles, Gary Wilmot as Mrs. Crumble and making her panto debut is actor, writer, and comedian Dawn French, best known for her role in ‘The Comic Strip’ and one half of the comedy duo ‘French and Saunders’, as the wicked queen herself.

With such an amazing and experienced cast, and a more than capable backend team consisting of Ian Westbrook on scenery design, Ben Cracknell on lighting, and Gary Hind taking care of original score, all veterans in their respective fields, there is no doubt that ‘Snow White’ will take this holiday season by storm. This magnificent production will only be on stage for a short 5-weeks, so make sure you book your tickets on time!

‘Snow White’ follows the story of a beautiful princess, named Snow White, who had lovely blue eyes and unblemished fair skin. Her mother died when she was very young, and her father, the King, eventually remarried. This new queen was also very beautiful, but she was as cruel as she was pretty. She would often ask her magic mirror, “Who is the fairest of them all” and the mirror would reply that she was. However, one day when she asked this same question of the mirror, she got the answer “Snow White is the fairest of them all”. Enraged and filled with envy, she ordered her guard to kill Snow White and bring back her heart. The guard took her to the forest, but soon took pity on the poor girl and spared her life.

Lost and alone in the forest, Snow White wandered until she found a small cottage. She went inside and found seven tiny beds. After cooking and cleaning, tired, the princess went to sleep and was found by seven dwarfs, the occupants of the house, when they came back home at night. Soon, the dwarves started loving and caring for the princess and she ends up staying with them. Meanwhile, back at the palace, the queen finds out that Snow White is still alive, so she concocts a devious plan to kill the girl.

She dresses up as an old woman and offers Snow White a poisoned apple to eat. The princess unknowingly eats it and falls into a deep sleep. The dwarves eventually come back home and find Snow White lying on the floor. Weeping, the dwarves build her a glass coffin and keep it in front of the cottage. One day, while Prince Charming is wandering through the forest, he finds her lying in the coffin and is taken aback by her beauty. He kisses the princess and instantly she comes back to life. The two fall in love with each other, eventually get married and live happily ever after. 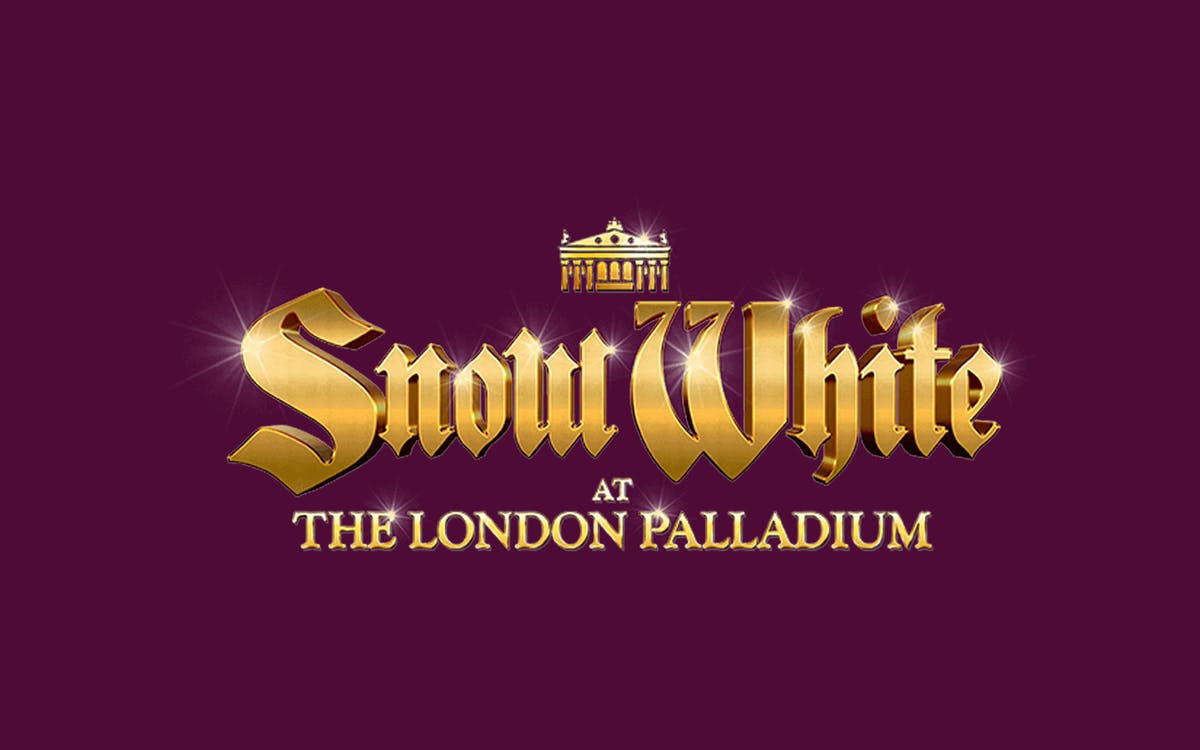 Use promo code WE10 and save £10 on Snow White London tickets.

Audience
Children under the age of 3 will not be admitted.

Seating
The London Palladium has a seating capacity of 2,286.

Looking out for discount on Snow White London tickets !

Have a look at the real-time seat availability and prices of different sections for Snow White London. In the interactive seat-map, select the date that you would like to watch the show and check out the seats available for that day. You can filter the seats as per your desired price range and purchase tickets directly.

Use promo code WE10 and save £10 on Snow White London tickets.

The team that brought you 'Dick Whittington' takes over West End this season with 'Snow White'. Based on the story by The Brothers Grimm, Snow White is sure to dazzle viewers with its stellar cast, superb visual effects and music, and engaging story-telling. Featuring a cast and crew that have produced wonders in the past, Snow White will definitely not disappoint.

Apart from getting tickets for Snow White online, there are other ways to obtain West End tickets for cheap, such as:

Snow White TKTS tickets will be available once the show premieres.

Day Seats are discounted tickets that are available for purchase, and are to be used, on the same day at the theatre. Please note that the availability of tickets is based on the discretion of the London Palladium Box Office, and may not be available for all shows.

Day Seats at London Palladium are currently unavailable for purchase. They will be made available once the show opens.

Q: What time should I arrive at London Palladium?
A: Doors open 45 minutes before show time. We recommend arriving at least 30 minutes before curtain.

Q: Is there a possibility that I will get partial view seating if I purchase discounted Snow White London tickets?
A: When booking with Headout, you will get to select your specific seats, thus, ensuring you do not get stuck with partial view. However, if you opt to try and win lottery tickets, or purchase day seats, your seats will be allocated at the discretion of the Box Office, which can potentially mean partial view seating or split seats.

The London Palladium, located in the City of Westminster, is perhaps one of the most famous and well-known theatres all across the UK. This theatre has a capacity of about 2,286 seats and is well suited to showcasing musicals and pantomimes. It opened in 1910 as ‘The Palladium’, a prime location for various performances. In 1928, The Palladium was also used as a cinema for 3 months and in 1935, the Alfred Hitchcock spy thriller, ‘The 39 Steps’ was filmed here.

This historic theatre has hosted some great performances and productions including ‘The Sound of Music’ (2006), ‘The Wizard of Oz’ (2011-12), ‘Cats’ (2014), ‘The King and I’ (2018) and many, many others. If you ever get the opportunity to watch a show/live performance at the London Palladium, don’t think twice. You will definitely not regret it.