Prepare To Be Mesmerized By KÀ Cirque du Soleil

There is no other word to describe Cirque du Soleil’s KÀ, except masterpiece. It is a groundbreaking show with acrobatic combats, thrilling martial arts, expert warriors, dazzling pyrotechnics, and a colossal stage that can rotate 360 degrees. KÀ uses a different storytelling style as all these elements come together into incredible performance right in front of your eyes.

KÀ is an epic story of separated twins on a dangerous journey to attain their shared fate. Their encounters with peril bring them face to face with KÀ, a magical fire that can either destroy them or unlock a secret power. As they tread through moving landscapes, cruel seas, wave-tossed ships, and bitter rivalries, love blooms in these young hearts. Performed over 6,000 times in the last 14 years, KÀ is regarded a sensational visual paragon.

Cirque du Soleil has been mesmerising audiences in Las Vegas for more than 20 years. With over 9000 people watching these shows each night, Cirque du Soleil forms an irresistible and compelling part of the Vegas itinerary. The 90 minute shows have everything from unbelievable stage setups to illusions and from acrobatics to puppetry. Each performance is an unforgettable experience. KÀ, the show currently running live at MGM Grand is a blockbuster, having been seen by over 5.5 million. 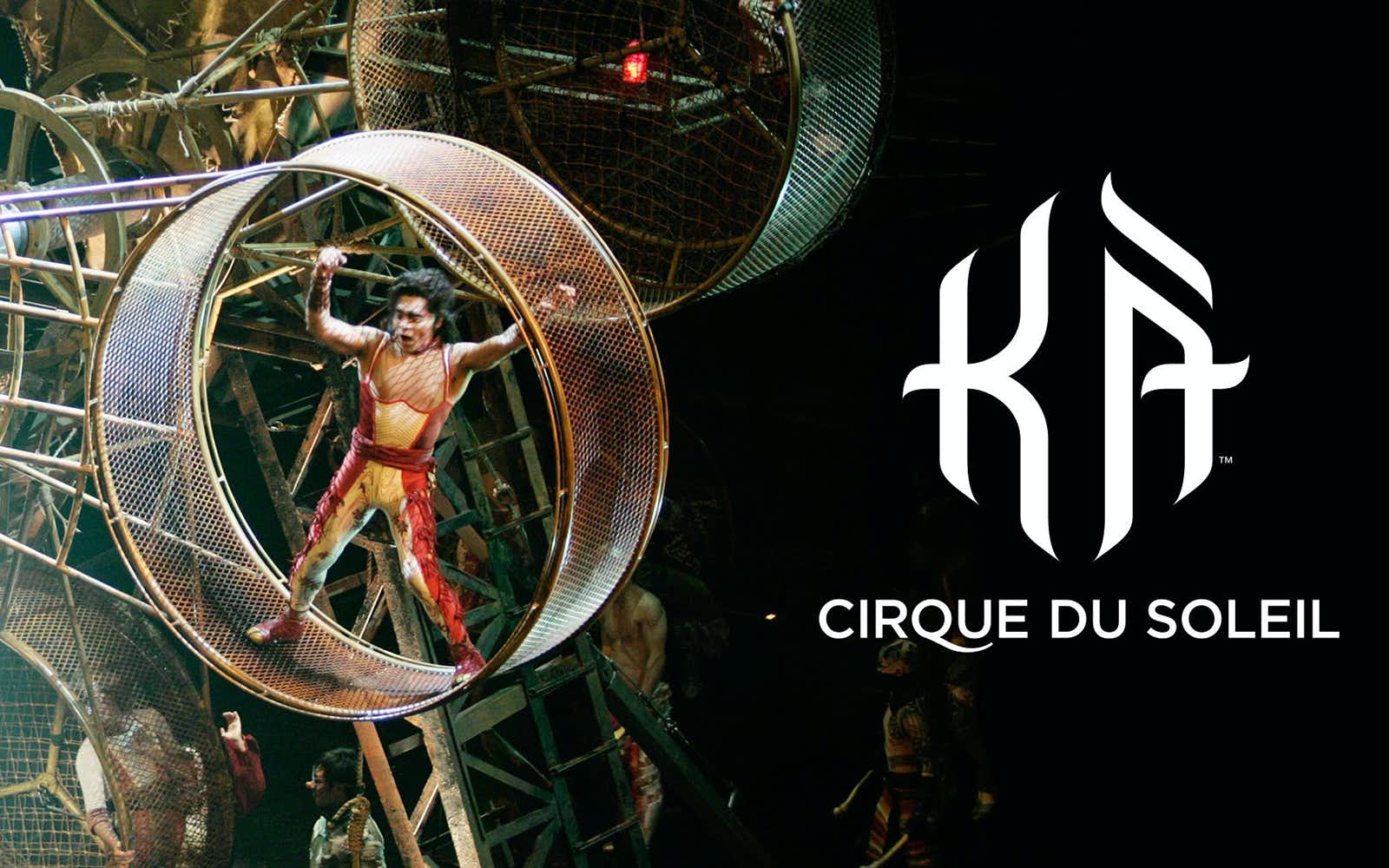 The show seems to defy gravity as it is performed on a gigantic stage with two dynamic platforms. The stage transforms and rotates a full circle and appears to float through a bottomless space. The blazing pyrotechnics and jaw-dropping aerial adventures are absolutely astonishing. Once at the show, prepare to be mesmerized by the dazzling acrobatics performed by the trapeze artists. Fearless battles are fought by a matchless cast trained in martial art forms from China and Brazil.

The Storm act from KÀ, which unveils the fury of the sea and tumbling ships and the infernal contraption called the wheel of death, which tests a warrior’s true agility, courage, dare, and poise, are acts that cannot be missed! This immersive, adrenalin pumping spectacle will keep you glued to your seat.

Age requirements: The Blue Man Group show is recommended for ages five and above. Guests under 18 are required to be accompanied by an adult.

Note: Be sure to carry a valid ID. 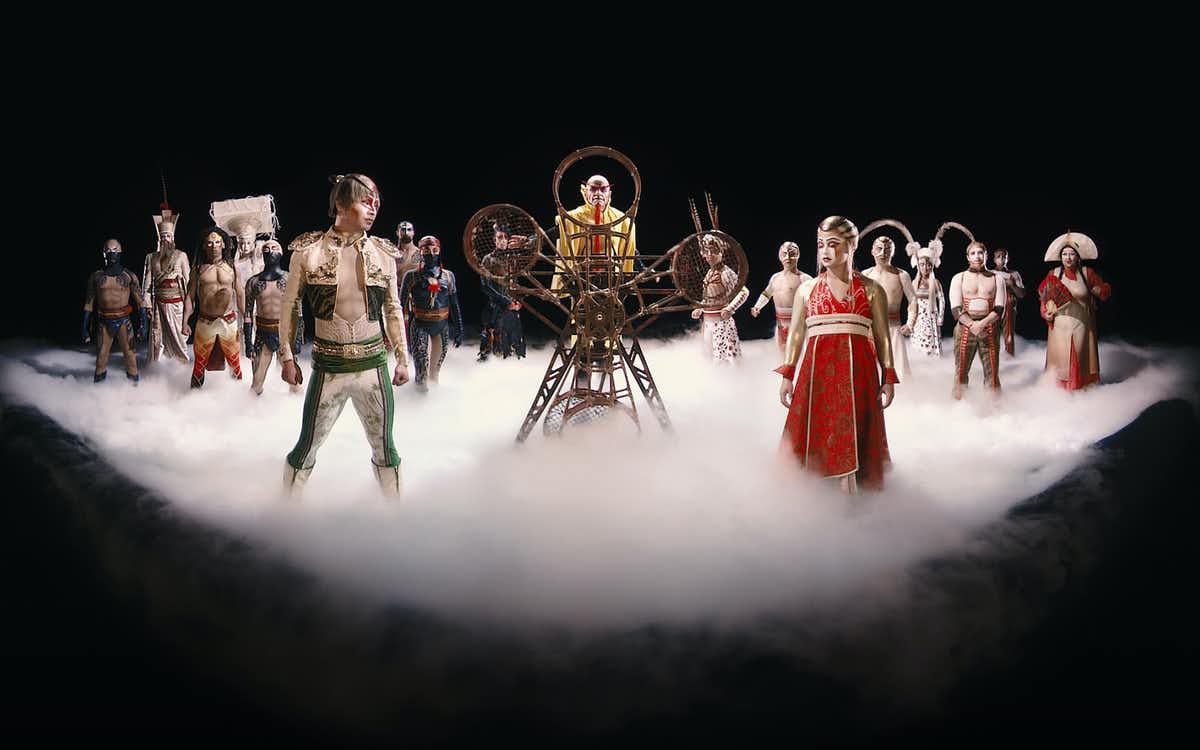 Cirque du Soleil’s KÀ is an electrifying show that keeps you engaged throughout the performance. Gravity defying vertical combat, use of acrobatic play, and thrilling martial arts are some of the mind boggling techniques that keep you riveted. Moving landscapes with an enormous hydraulic stage transforming and rotating 360 degrees give you an experience beyond the limits of your imagination.

The Storm act with terrifying fury of the ocean and the wheel of Death are nail biting exploits of the show, as is a fierce battle scene where the attack can come anywhere. The blazing pyrotechnics and incredible aerial adventures of the show make for an unforgettable experience.

“KÀ is an unusually beautiful and stylistically cohesive Cirque production. And Mr. Lepage and his collaborators have indeed wrapped a typically eclectic variety of athletic and acrobatic feats in a crisp narrative package.”
- The New York Times

“It’s safe to say you won’t soon forget many of these truly dangerous-seeming images — or the explosive finale. Yet amid all this spectacle there are quiet, subtle moments — a poignant bit of shadow puppetry, a sweetly comic dance by seashore creatures, a breath-stopping baton-twirling dance— that may remain with you longer. It’s this cherishing of these simplest of theatrical elements that is the essence of Cirque shows.”
- Las Vegas Sun