Let Nostalgia Wash Over You at The Beatles LOVE

One of the most acclaimed live shows in Las Vegas, The Beatles LOVE is one show you just can't miss! If “THE BEATLES” wasn’t reason enough, this performance intertwines the classic pop-rock quarter with brilliant imagery and a range of different tunes that depicts the group’s less known pathway to stardom and sadly, eventual breakup. It also underwent a far-reaching redesign for its 10th anniversary in 2016. But perhaps the most evident change to often-spectators would be the enhanced quality of sound. The theatre-in-the-round-style provides entertainment on a custom-built theatre that features 360 degree seating arrangements and HD video projections.

The show is sure to take you on a musical rollercoaster: a blend of relaxing and upbeat songs makes the show absolutely surreal. It is safe to say that the Beatles LOVE has definitely exceeded all expectations after their revamp. The 4-D effect personified by the musical brilliance created decades ago is definitely a sensory celebration worth indulging in.

Enhanced with tasteful choreography, stunning costumes, inventive acts, and new technology, this show is more vibrant than ever, making it one of the most celebrated shows all around the world. Having bagged 3 Grammy awards, this show is a Rock and Roll poem that was inspired by the rousing lyrics of the Beatles’ songs. Created by Giles Martin, a renowned music director, it has been said that LOVE is the closest experience to the Beatles performing live. Nonetheless, the acrobats, dancers, and aerialists are responsible for breathing life into this grand production. 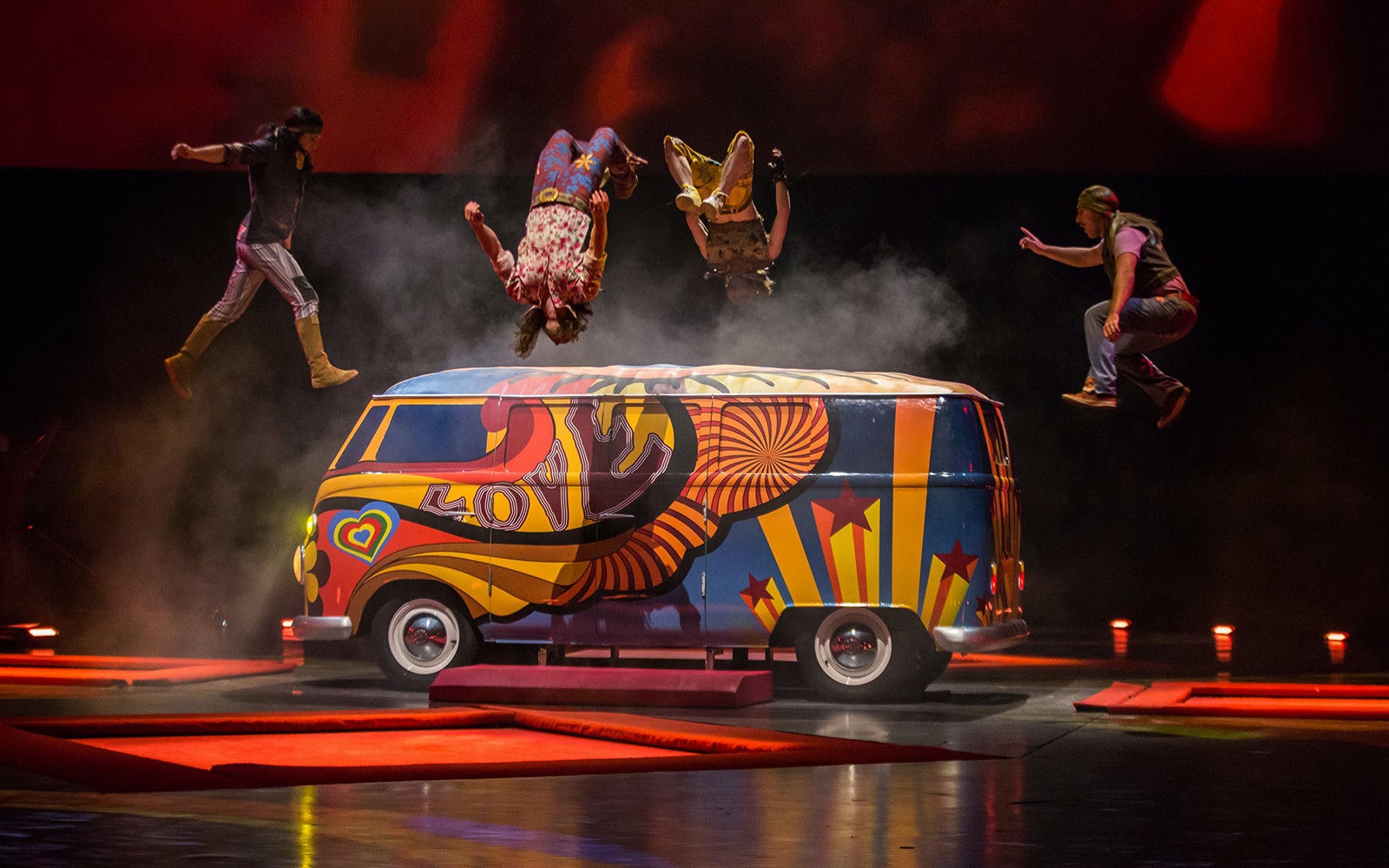 Whether or not you’re a Beatles fan, this show is great for the entire family and will undoubtedly leave you breathless; and maybe even a little high on life. Even though it only began in 2006, this production has been regarded as the ideal collaboration of sound and vision that Cirque du Soleil embraces with open arms.

For those of you that seek more than just musical kicks, don’t worry because the show also presents some nail-biting trampoline acts and bone-chilling roller skating routines.

Timings: There are two shows every day, except Tuesdays and Wednesdays - 7 PM and 9:30 PM

Location: The Beatles LOVE is held at The Mirage.

Getting there: You can take the Mirage-Treasure Island Tram to the Mirage.

Age requirements: The show is recommended for ages five and above. 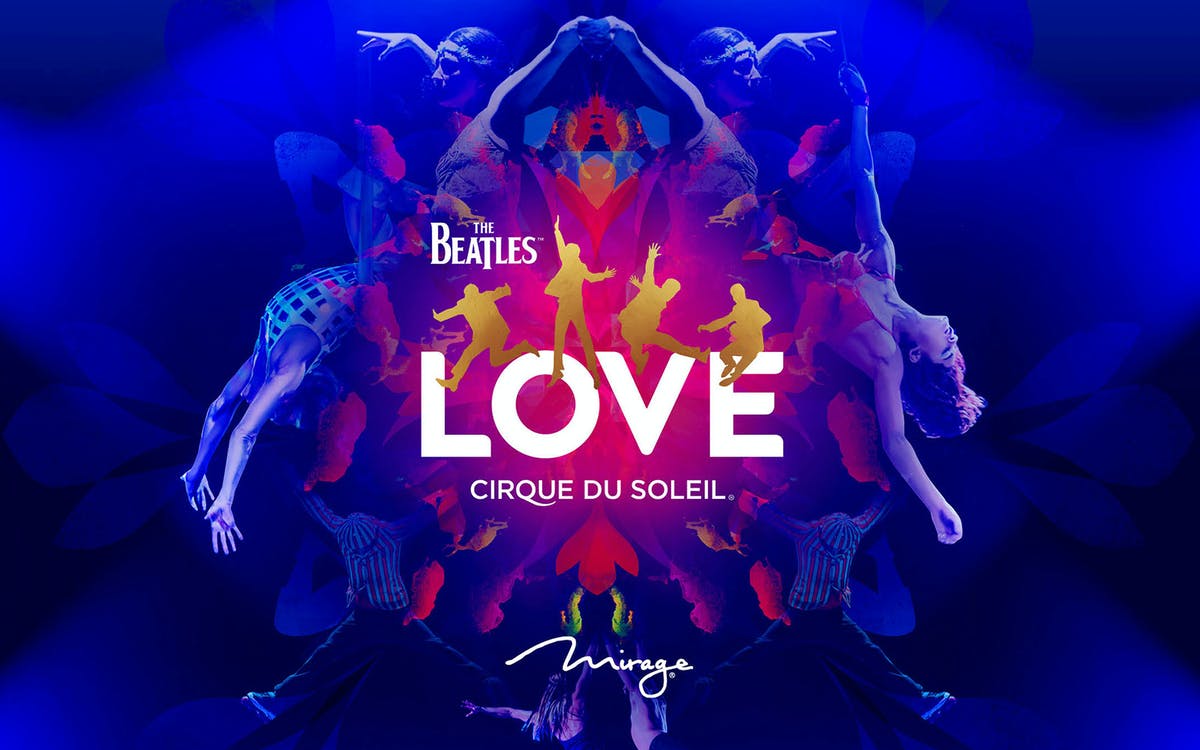 Apart from the psychedelic journey that the music is sure to take you on, there are particular acts that are sought after the most. One of which is Yesterday - the painfully beautiful song represents reminiscent sadness rooted within love and takes you back to your first love, as a trapeze duet floats through the lyrics with acrobatic ease. The most crowd-pleasing of all is All You Need is Love, which projects a montage of the Beatles, making you choke back soft sobs as nostalgia washes over you, sending the message of love. To mix it up, aerial performances, additive visual effects, colourful artistry and dancing is also involved.

Looking for some audience involvement? Don’t you worry, because LOVE’s got you. With some surprising elements that involve audience participation, this production ensures absolute contentment with the show.

“The LOVE Beatles show at the Mirage is a marvel of showmanship. All ages are welcome for the Magical Technical Tour”
- Las Vegas Sun

“When LOVE first opened in 2006, some critics raised their eyebrows at the prediction that it would run for 10 years. How many Beatles fans would travel to Las Vegas just to see a site-specific acrobatic show? Turns out, a great many. Just after the 10th anniversary performance, it was stated that nearly eight million people have seen LOVE”
- The New York Times