A sobering reminder of the horrors of war and unchecked power, the Auschwitz concentration camp and museum are simultaneously revolting and inspiring. A complex of over 40 concentration and extermination camps operated by Nazi Germany during World War II, Auschwitz now stands in tribute to all the people who lost their lives at the site of the Holocaust.

While you might be questioning the need to visit the biggest death camp in the world, the experience is worth it. During your guided Auschwitz tour, you'll get to visit the gas chambers where prisoners were executed en masse, the inhuman living quarters, the original barracks and even the railway prisoner unloading platform.

The time you spend at the Auschwitz concentration camp reinforces the inhumanity of the Nazis while shedding some light on the pain and suffering of the inmates. Pay homage to the indomitable spirit of the inmates, those who lost their lives and others who lived to tell the tale.

How to get there 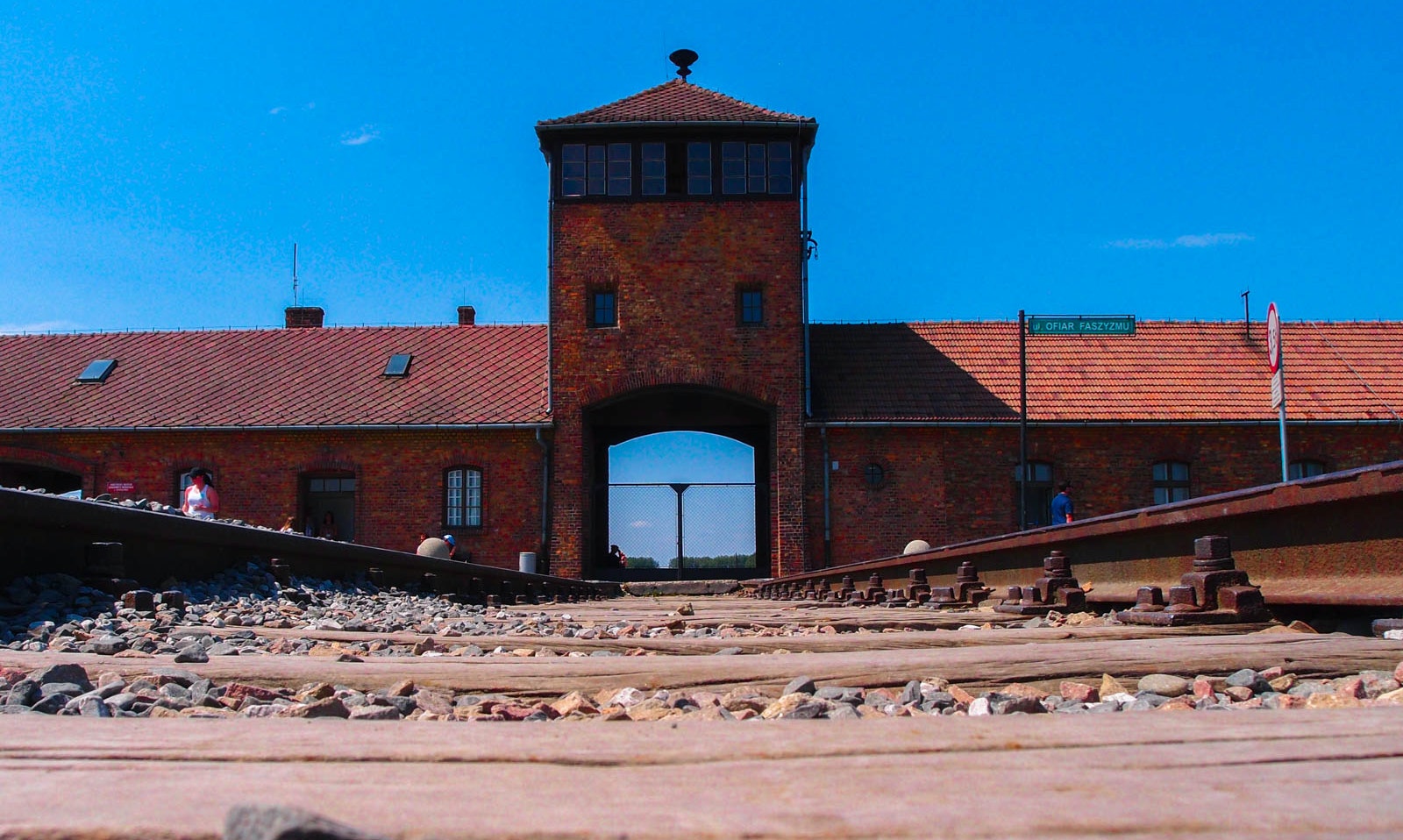 Oswiecim happens to be the name of both the city and the concentration camp which was established outside its boundaries in the 1940s. The entry gate to the concentration camp is located 2.5 km from Oswiecim's city center. Given its proximity to Krakow, most tourists set a day aside to visit Auschwitz while touring the former. If you are wondering how to get to Auschwitz from Krakow, we have got you covered. Here are some of the best options:

Board the Auschwitz to Krakow bus at Dworzec MDA (MDA Station), located in Bosacka Street behind the main railway station of Krakow. The bus journey from Krakow to Auschwitz will take around 1 hour 30 minutes to 2 hours and you'll have to walk for about 10 minutes from the bus stop to the museum.

You can take the train from Krakow to Auschwitz at the Main Railway Station. There are direct trains from Krakow to Auschwitz running every hour or two and the journey lasts for about 1 hour and 40 minutes. Do note that a train ticket costs almost twice as much as a bus ticket and if you walk from the station to the concentration camp, you'll need another 20-30 minutes.

If you don't want to take public transport, you can also hire a taxi. The taxi costs roughly 198 PLN per person, which is around $52.

If you're visiting Auschwitz from Warsaw, the best way to travel is by train. A super-fast train will get you to Krakow in approximately 2.5 hours. From Krakow, you can pick any of the three options listed above.

Things to see in Auschwitz 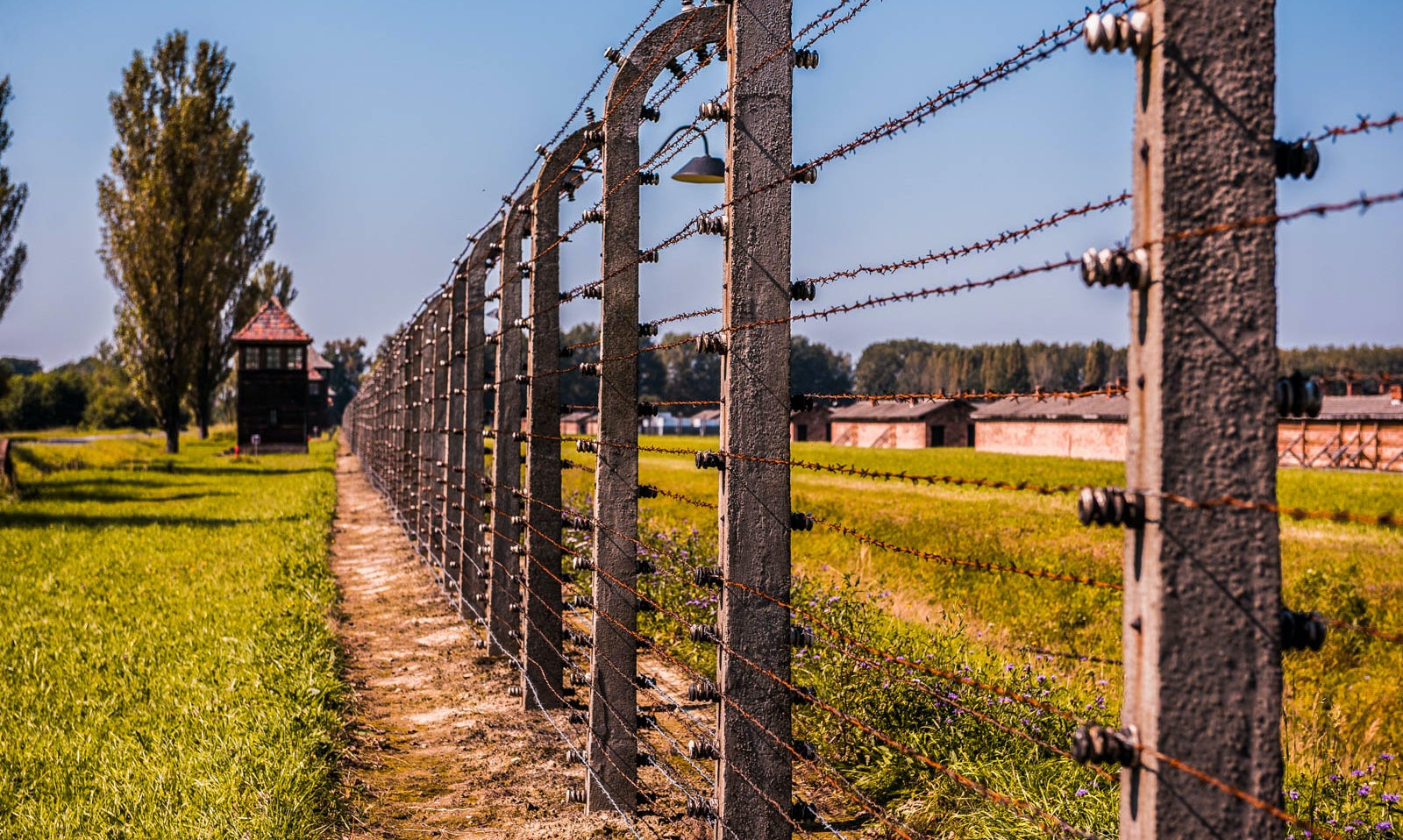 Auschwitz is a big space and you'll be exploring some truly revolting reminders of the pain and suffering of the Jews while on tour. Here are some of the important parts of the camp you shouldn't miss out on:

Arguably the most affecting and sad of all the bunkers in the camp, bunker 5 features a collection of abandoned or long lost objects belonging to the inmates. From glasses, shoes, pots and pans to the shaved hair of the victims, this bunker truly showcases the people who suffered Nazi oppression.

Also known as the death block, this is where Zyklon B gas was first used to kill inmates. Adjacent to this block is the death wall where many people were shot. The windows in this block are nailed shut with wooden boards to prevent outside prisoners from seeing what was happening inside.

Divided into two floors, this bunker delves into the rise of the Nazis. The ground floor showcases the persecution in France while the second-floor museum focuses on the war in Belgium. The museum houses truly terrible, real-life photos of the war, legal texts introduced under the Nazi regime, and the awful propaganda posters distributed by them.

Amongst the most heartbreaking parts of your tour will be the stop at bunker 27. The ground floor of this bunker has a massive book with the names of almost all the Jewish victims. The upper floor features an art collection comprising of children's drawings found in the camp.

Located 3 km away from the main Auschwitz camp, the Birkenau site is where most of the inmates were killed. Eerie and full of horror, this part of the camp housed most of the gas chambers. Get a guide to escort you since most of the objects and rooms here aren't labeled or very informative.

Learn about the liberation of Auschwitz and the harrowing lives of those imprisoned there on your visit to the infamous concentration camp, Auschwitz Birkenau.

Embark in an air conditioned minivan or minibus from Krakow to relive a piercing chapter in humanities history at the Auschwitz-Birkenau Memorial and Museum on this guided tour. A professional English-language tour guide will escort you through the trip with fascinating details about the history of the concentration camp. 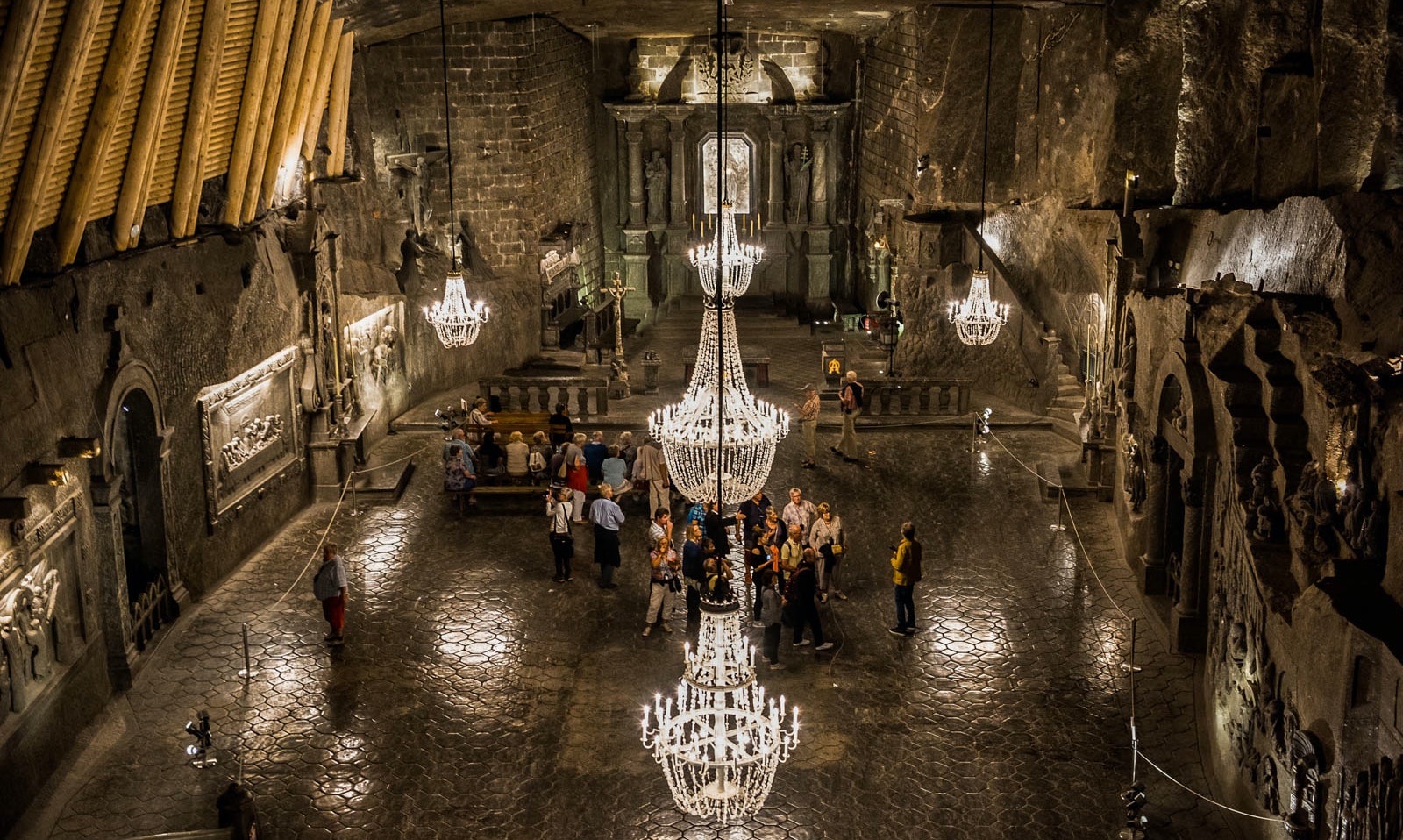 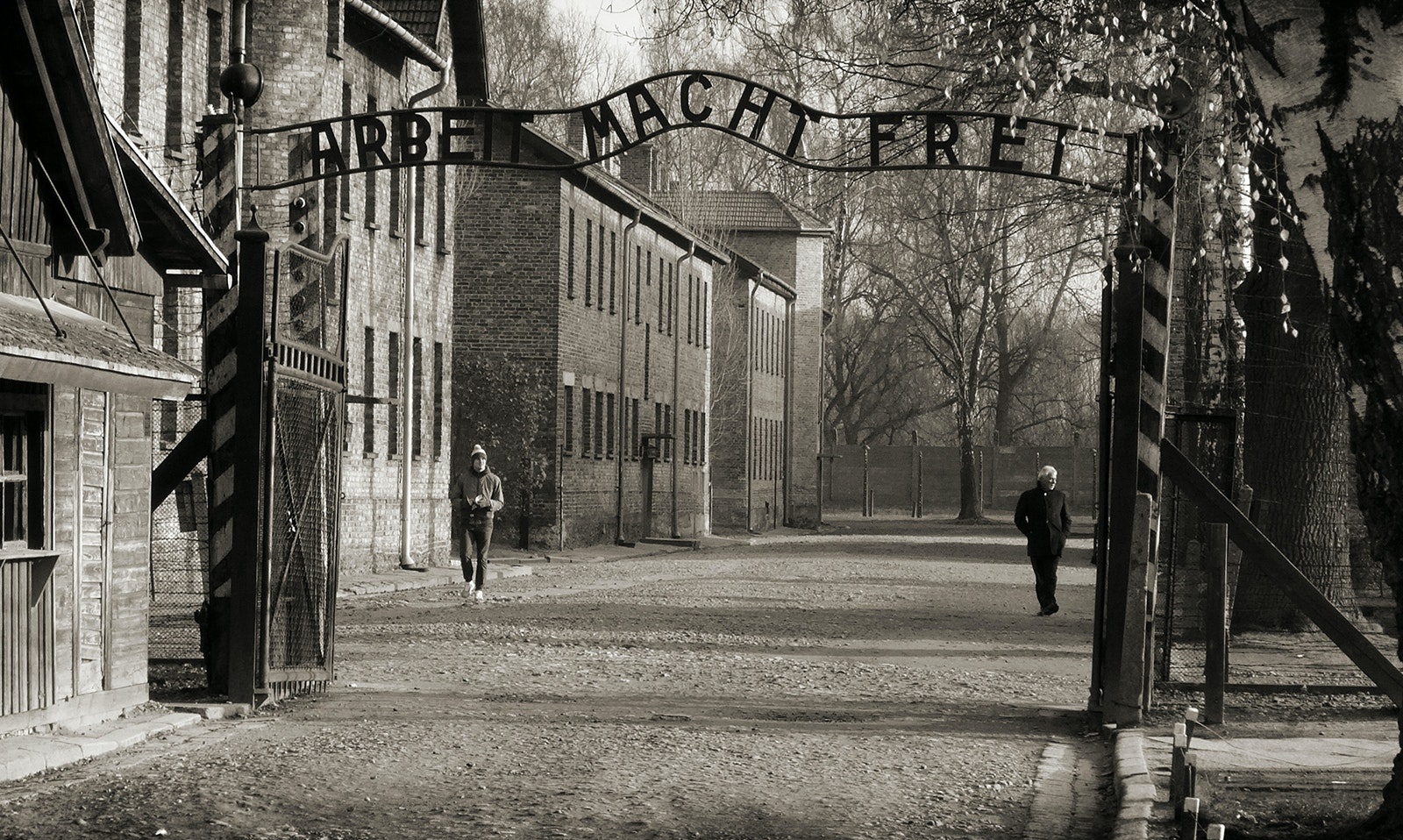 Is entry to the Auschwitz Memorial free?

Yes, entry to the memorial is free. Only guided tours incur a fee.

Can we enter the museum without a pre-booked entry pass?

Yes, patrons without prior reservations can enter the Auschwitz Museum with an entry pass which is issued on-site. Do note that on busy days, people without pre-booked entry pass might have to wait in the queue.

Is there a dress code for visiting Auschwitz?

There's no specific dress policy for Auschwitz but given the historical significance of the place, you're expected to be dressed respectfully.

How long does it take to travel from Krakow to Auschwitz?

Auschwitz is located 68 km from Krakow and it will take you anywhere between 1.5 to 2 hours to travel that distance.

Is it safe to visit Krakow?

Krakow is a perfectly safe city to travel to and sees millions of visitors annually.

Is photography allowed in Auschwitz?​

Photography is allowed inside Auschwitz but there are certain areas where you'll find a no photography sign. Room number 5 in block 4 and the basement are the two places where photography is prohibited.

Are toilets available in Auschwitz?

There are paid toilets available in both Auschwitz I and Birkenau. Free toilets are also available at the back of the camp.

​How long does the Auschwitz tour take without a guide?

If you're touring Auschwitz on your own, it will take around two hours to completely explore the place.

​How many people are included in each group tour?

Depending on the tour you select, there'll be somewhere between 15 to 20 people in your group.

​Is Auschwitz open during Jewish holidays?

Yes, Auschwitz is open during Jewish holidays. The only time the site is closed is on Christmas Day, January 1st and Easter Sunday.