Sydney and Bondi Day Tours: Everything You Need to Know

Located on Australia's east coast, Sydney is a breathtaking harbour city with a distinctly loud and uncompromising personality. The city, surrounded by stunning beaches and harbours, is a traveler's paradise, attracting almost 15 million visitors annually. From the idyllic Bondi beach and iconic Sydney Opera House -- known for hosting some of the most talented performers in the world -- to the picturesque Sydney Harbour Bridge, there's a lot you can see and do in the city. There are numerous other attractions you can experience in Sydney as well, including the Van Gogh and Anne Frank House museums, Sydney Mardi Gras, Sydney Tower, Royal Botanical Gardens and more. 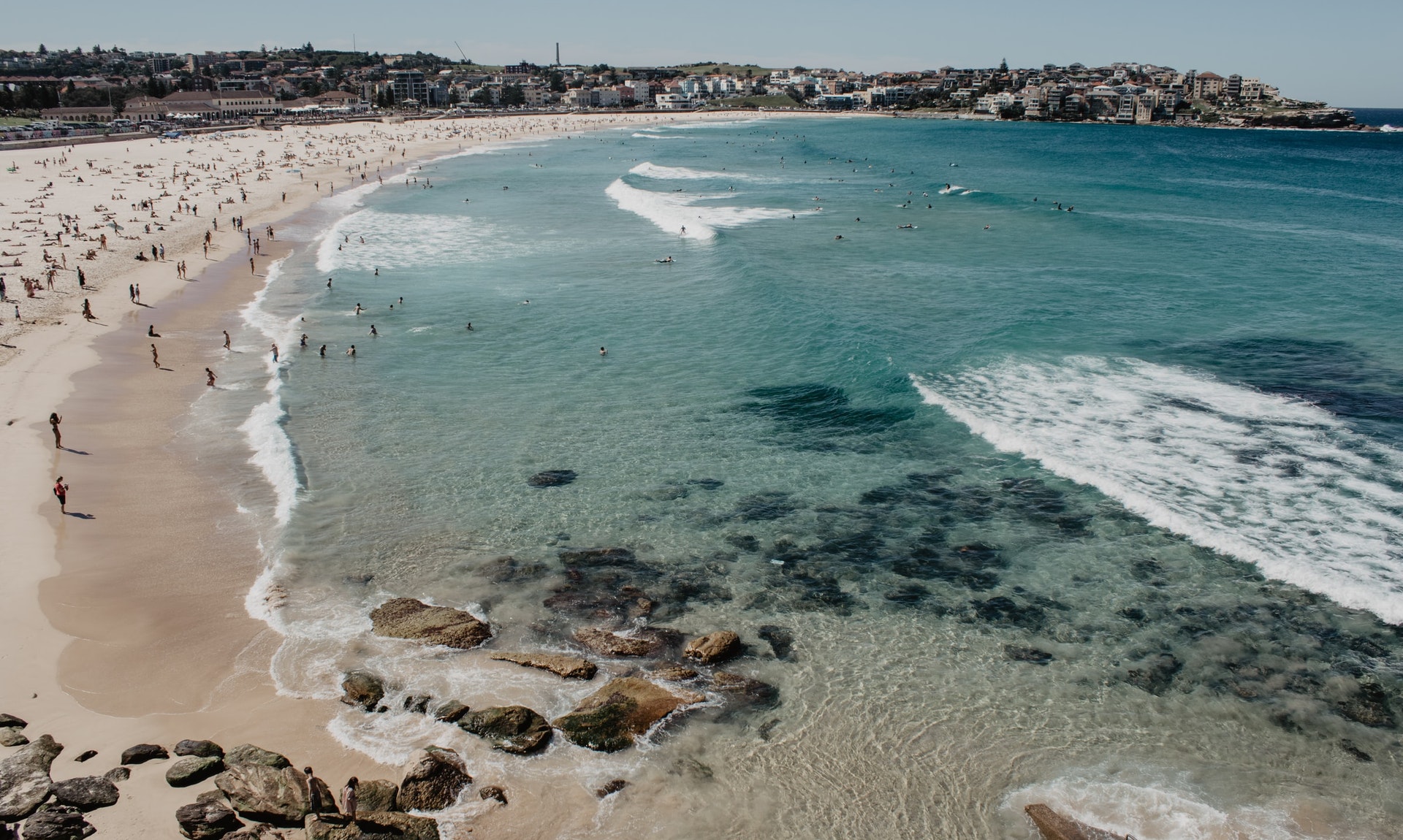 Overlooking the Pacific Ocean, Sydney’s Bondi beach is one of the most popular tourist destinations for travelers. Mesmerizing blue-green water, a landscape of rocks and white sand and a beautiful sunset is in store for you at Bondi beach. Known for its vast, playful waves, this beach is perfect for surfers, both novice and experts. If you’re looking to grab a bite, Bondi beach hosts several restaurants and bars where you can indulge in delicious local cuisine while enjoying a beachside view. For those who love a good outdoor music or food festival, this beach is right where you should be headed; every few months, several cultural events take place here. So whether you’re looking to just relax and sunbathe, surf, or plan to climb some rocks, Bondi beach has something for every traveler.

Sydney has a rich history and learning about it while on the go will only elevate your experience. A great way to explore is by opting for a guided day tour of the city. These tours cover important attractions in Sydney, provide pick up and drop services in Wi-Fi-enabled air conditioned coaches and allow you to skip time-consuming lines, making the entire process seamless. Moreover, their great offers and deals allow you to enjoy the day without burning a hole in your pocket.

Here are some of the best Sydney and Bondi tours:

This Sydney and Bondi tour is the best way to explore important landmarks of Sydney when you're short on time. The tour starts at 8:00 AM, aboard air-conditioned coaches that are equipped with free Wi-Fi.

During this Sydney city tour, you'll pass by famous landmarks like Hyde Park, St. Mary's Cathedral, Sydney Opera House, the Conservatorium of Music, the Art Gallery of NSW Sand many others. This Sydney and Bondi tour also includes a walking tour through the historic Rocks neighborhood where you can get a close look at some of Sydney's oldest restaurants and pubs.

Your tour will also stop at Mrs. Macquarie's Chair for breathtaking views of the Sydney Opera House and the Harbour Bridge, and ends at Bondi Beach. You can also opt for a 2-hour cruise with lunch by paying extra. After the tour is over, you'll be dropped back to your hotel.

Experience Sydney’s finest with this 6-hour day tour, including the awe-inspiring Sydney Opera House. Your tour begins at 8:00 AM, where a fully air-conditioned coach with free Wi-Fi will escort you from your hotel. On the tour, you will have the chance to witness famous landmarks in Sydney like St. Mary's Cathedral, Parliament House, the Conservatorium of Music, the Art Gallery of NSW, Harbour Bridge, Bondi beach and many others.

You'll also make a stop at the famous Rocks neighborhood and embark on an enlightening walking tour through one of the oldest parts of Sydney.

The final stop of your Sydney city tour is at the prestigious Sydney Opera House where you can enjoy a guided tour of this architectural marvel.

Experience Sydney’s finest with this 6-hour day tour, including the awe-inspiring Sydney Opera House. Your tour begins at 8:00 AM, where a fully air-conditioned coach with free Wi-Fi will escort you from your hotel. On the tour, you will have the chance to witness famous landmarks in Sydney like St. Mary's Cathedral, Parliament House, the Conservatorium of Music, the Art Gallery of NSW, Harbour Bridge, Bondi beach and many others.

You'll also make a stop at the famous Rocks neighborhood and embark on an enlightening walking tour through one of the oldest parts of Sydney.

The final stop of your Sydney city tour is at the prestigious Sydney Opera House where you can enjoy a guided tour of this architectural marvel.

Other things to do in Sydney

Here's a look at some other attractions you should definitely try to visit while in the city:

One of the most recognizable landmarks in Sydney, the Sydney Harbour Bridge is a sight to behold. Constructed in 1932, this monument stands tall -- in the shape of a ‘coat hanger’, as locals refer to it -- over the Sydney Harbour and is open to traffic, railway lines, and pedestrians. If you want a closer look at the bridge or a thrilling panoramic view of the city, you can climb the arches of the bridge and get to the top!

Enjoy a spectacular view of the city by climbing to the top of the Sydney Harbour Bridge!

Your trip to Sydney is incomplete without a visit to the legendary Sydney Opera House. Its interlocking shell-like structure is often hailed as one of the most challenging designs of the 20th Century. Located on the Sydney Harbour, this performance venue hosts almost 40 shows every week and houses various restaurants, bars and cafes. Even if you're not a fan of the opera, there's plenty to do at the Sydney Opera House: you can simply take a tour of the structure or enjoy a leisurely lunch overlooking the Harbour.

Leave Sydney behind with a trip to the incredible Blue Mountains. Located around 2 hours away from the city, the Blue Mountains are an uninterrupted expanse of forests, canyons, sandstone cliffs, waterfalls and other gems of nature. Over 140 km of walking tracks are available for hikers and you can also make the most of your time at the mountains by indulging in a fun hike.

Experience serenity and adventure by hiking in the majestic Blue Mountains

Perhaps the best way to explore Sydney’s impressive skyline is while sipping a cocktail on a magical cruise. Witness important landmarks in the city and capture memorable photographs while relaxing in a comfortable ferry. You can also opt for a dinner cruise with your partner and experience Sydney at night!

Australia is known worldwide for its diverse wildlife. A trip to the city would be incomplete without a visit to Taronga Zoo in Sydney. Located next to the harbour, this zoo is home to a variety of exotic animal species, most of which are under threat of extinction. You will also come across native Australians animals, like kangaroos, Tasmanian Devils, reptiles, koalas and more.

If you aren't a fan of public transport, you can always hail a taxi on the street, or hire one from designated taxi stands located throughout the city centre. Taxis are also available through private app-based taxi services in the city.