Santiago Bernabeu, one of the most prestigious and well-known stadiums in the footballing and sporting world, is truly a magnificent sight to behold for anyone, not just a football fan. Home to the most successful and sought after team in Europe (and the world), and arguably the greatest football club to have ever played the sport, Real Madrid C.F, this stadium has witnessed some of the greatest moments in modern football. The Santiago Bernabeu Stadium has been home to the Galacticos since its completion in 1947, and thereafter has gone on to become one of world’s most famous footballing venues.

Many of the world’s greatest football players including Zidane, Ronaldo, Beckham, Sanchez, Ramos, Kaká, Cristiano (the list goes on and on) have had the pleasure of calling the Santiago Bernabeu stadium their “home”. This hallowed ground is truly the dream address for all footballers alike (except Barcelona fans, of course). In every inch, every blade of grass, every nook and cranny of this iconic stadium, one can feel the greatness and legacy that is Real Madrid. Stepping into this stadium is stepping into the history of not just Real Madrid, but also of the world’s most popular sport, football.

Disclaimer: Due to the ongoing construction at Santiago Bernabeu, the usual tour route will be temporarily affected. Currently, the following areas are out of bounds for visitors: Playing field, Presidential Box, Dressing room, Players' tunnel, the Press room. Audio guides will be available either.Head here for the latest renovation updates. 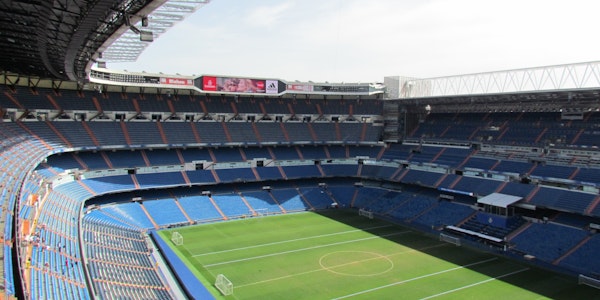 The Santiago Bernabeu is currently undergoing renovation. Technology is one of the pillars of the renovation project which will make the stadium a more modern, comfortable and safe stadium, with new leisure, restaurant and entertainment areas. In the words of Florentino Pérez, "the new stadium will continue to be the scene of the emotions that will mark the future of Real Madrid, the best stadium in the world to be recognized again at the end of this century as the best club of the 21st century. new stadium, heritage and pride of our members and fans ”.

Expect a larger surface area and a new interactive museum with the latest virtual reality technologies will be created in the Padre Damián area.

Why Go For A Santiago Bernabeu Tour

Note: The Santiago Bernabéu stadium is currently under renovation and the usual Tour route will be temporarily affected. Now is your chance to visit the transformation of the greatest stadium in the world. Head here for the latest renovation updates.

For a football fan, and particularly a Real Madrid fan, going for a tour of the Santiago Bernabeu is like going on a tour of the Vatican, for a devout christian. However, this experience is not just for football fans! As a matter of fact, the Real Madrid Stadium tour is the 3rd most popular thing to do in Madrid, and it welcomes over 1 million enthusiastic fans every year. Given below are a few reason why you must absolutely go for the Santiago Bernabeu Tour on your next trip to Madrid -

These are just a few of the many reasons why you should visit the Santiago Bernabeu.

Enjoy panoramic views of the stadium, video and photo-montages with players; take away a unique and original memory and catch a glimpse of the Santiago Bernabéu XXI Century scale model.

Note: Due to the ongoing construction at Santiago Bernabeu, the usual tour route will be temporarily affected. Currently, the following areas are out of bounds for visitors: Playing field, Presidential Box, Dressing room, Players' tunnel, the Press room. Audio guides will also not be available for the tour. Head here for the latest renovation updates.

What To Expect On The Santiago Bernabeu Tour

On the Santiago Bernabeu tour, you get a behind the scenes look at Real Madrid and a chance to relive and experience more than a century’s worth of the club’s past, present and future. The tour starts off outstandingly with a panoramic view of the Bernabeu from the highest point of the stadium. Almost touching the sky, this is the absolute best spot to get a view of the entire arena. Next, head to the club room, where you will be taken on an interactive, audiovisual journey of the history of the great club. Here are the next few highlights of the Santiago Bernabeu Tour.

Note: Due to the ongoing construction at Santiago Bernabeu, the usual tour route will be temporarily affected. Currently, the following areas are out of bounds for visitors: Playing field, Presidential Box, Dressing room, Players' tunnel, the Press room. Audio guides will also not be available for the tour.Head here for the latest renovation updates.

The current tour includes panoramic views of the Stadium Santiago Bernabeu and the Museum tour of the Real Madrid F.C.

Home Ground
As most of you know, Camp Nou is the home ground of FC Barcelona and the Santiago Bernabeu is Real Madrid’s home ground. These two teams are the fiercest rivals in all of world football and whenever they face off against each other, the world comes to a standstill. Their clashes are known as ‘El Clasico’ and are truly a spectacle to behold.

Age and Capacity
The Santiago Bernabeu came into existence in 1947, while the Camp Nou was completed in 1957. Camp Nou is the largest stadium in Europe and 3rd largest in the world, with a capacity of 99,354. The Bernabeu is smaller in comparison with a capacity of 81,044.

Tour Experience
Both, the Camp Nou stadium tour and Bernabeu stadium tour are brilliant in their own way. Both tours take you through the stadium's history and gives one an excellent and detailed peek into the journey of the football club.

On match days, you can take the tour upto 5 hours before kick-off.

The tour takes place on everyday of the year, except December 25th and January 1st.

The entire stadium tour takes approximately 45 minutes to complete, however you are welcome to stay for as long as you like.

How do I redeem the Santiago Bernabeu Tour Tickets bought from Headout?

Once you complete your purchase, you will receive an email confirmation with your mobile tickets. You can simply show the e-ticket on your mobile and move directly to the security line with these tickets. There is no need to print the tickets and neither do you have to stand in queue.

My tickets do not have any time slot. Can I take the tour any time of the day?

Yes. You can take the tour anytime within the operating hours of the day you have purchased the tickets for.

Are there reduced prices for children?

Yes. Children below the age of 5 enter free of cost. Children aged 5 to 14 years pay €18. Those above 15 years of age pay full ticket price.

Are there guided tours of the Santiago Bernabeu Stadium?

There are daily guided tours of the Santiago Bernabeu Stadium that departs at the following timings:

Tickets for these can be purchased at the ticket office anytime before the departure time. Note, the route for guided tours and self guided visits are the same.

Is photography and videography allowed  during the Santiago Bernabeu Stadium tour?

Yes. Both are permitted in all areas of the Real Madrid Stadium

Save €6 on your first booking with Headout when you use promo code GOMADRID! 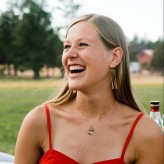 Travel has been an integral part of Elize van der Laan’s life for as long as she can remember. Elize was born in the Netherlands, but was raised in Sisters, Oregon, a small mountain town on the West coast of the United States. Her eagerness to experience new cultures led her to India, where she lived for two years while attending the Mahindra United World College near Pune. She studied at the University of Amsterdam and attained her BSc in Politics, Psychology, Law and Economics (PPLE). Elize is currently based in Berlin, where she continues to pursue her passion for travel through her writing.