Understanding the History of Eiffel Tower

Paris, with its cobblestone streets, grand boulevards, and enchanting architecture is every tourist’s dream destination. Eiffel Tower, the capital city’s most recognizable monument, attracts thousands of visitors every year and is steeped in rich heritage and history.

The history of Eiffel Tower spans decades and traces how an entrance arch to a World Fair became one of France’s most renowned and mesmerizing monuments.

Built to mark the 100th anniversary of the French Revolution by Gustave Eiffel, the iron marvel was initially supposed to be dismantled in 20 years. This post will take you through some of the most interesting Eiffel Tower facts and history.

Eiffel Tower Facts and History - Origin of the Iron Marvel 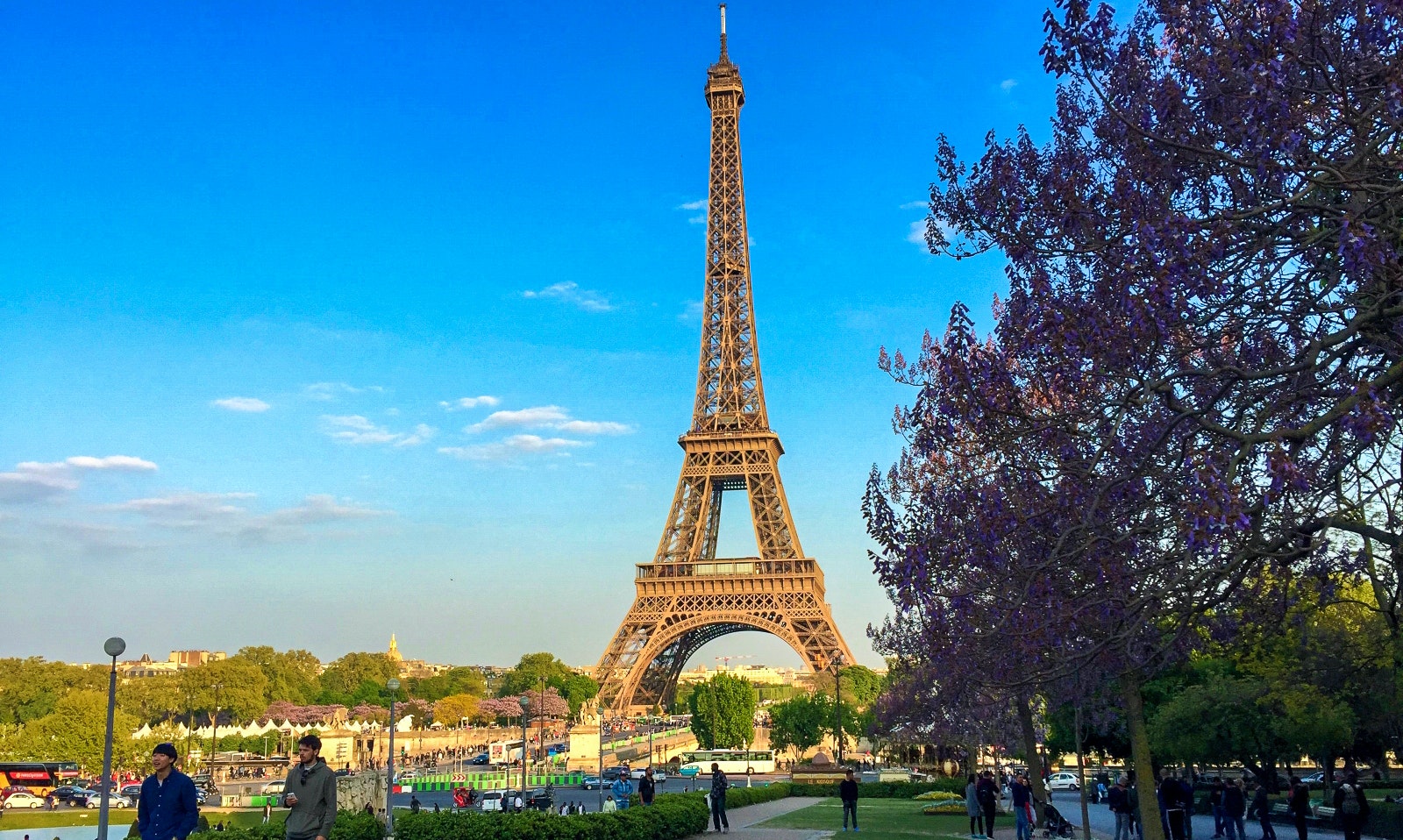 The history of Eiffel Tower stems from France’s desire to showcase its industrial prowess. On the 100th anniversary of the French Revolution, the French saw it fit to commemorate the occasion with a larger-than-life model.

The French government called in people to study the possibility of designing and constructing a tower, which required a square base that was 125 meters wide and around 300 meters tall.

Eiffel Tower - Gustave Eiffel’s most ambitious project and its construction

Post a call-to-arms for brilliant engineering projects, engineers and firms from across France submitted over 107 projects.

After a careful selection process, the project by Gustave Eiffel and his team made the cut. He designed the project with Maurice Kœchlin, Emile Nouguier, and Stephen Sauvestre. Gustave had submitted precise blueprints of each part of the tower, eliminating any scope for mistakes.

With 300 skilled workers at its helm, the construction for Eiffel Tower began in January 1887 in Paris. The construction was completed by March 1889, in a record-breaking 2 years, 2 months and 5 days. Gustave inaugurated the tower on March 31, 1889 by climbing to the top of the iron marvel as herds of people watched in awe.

As it was designed to be the entrance arch of the World’s Fair in 1889, Eiffel Tower was never meant to be permanent; it was scheduled to be dismantled in 20 years. However, for a temporary structure, it had a very permanent impact on the people. Even though many Parisians repented it, the tower became a symbol of pride for the people of France.

Approximately 2 million people visited it during the Universal Expositions “World Fair”. Over the years, the tower evolved into a symbol of love as Paris grew came to be known as the romantic capital of the world. Eiffel Tower tours attract almost 7 million people every year and offers unparalleled vistas of the French capital.

Your Ultimate Guide to Planning the Perfect Eiffel Tower Visit

Discover the best Eiffel Tower Tickets and how to skip the line while visiting the Parisian monument.

Maintaining the Eiffel Tower is a gargantuan task. To keep the towering monument gleaming, the monument receives a new coat of tonnes of paint every 7 years. The Eiffel Tower uses over 20,000 bulbs every night to make it sparkle for 10 minutes on the hour. The monument consumes 7.8 million kWh of electricity every year, including 580,000 kWh for all its light. Purchasing tickets for Eiffel Tower at night are one way to uncover the beauty of the city of love.

The Eiffel Tower was Once Yellow!

Eiffel Tower Over The Years - A Timeline 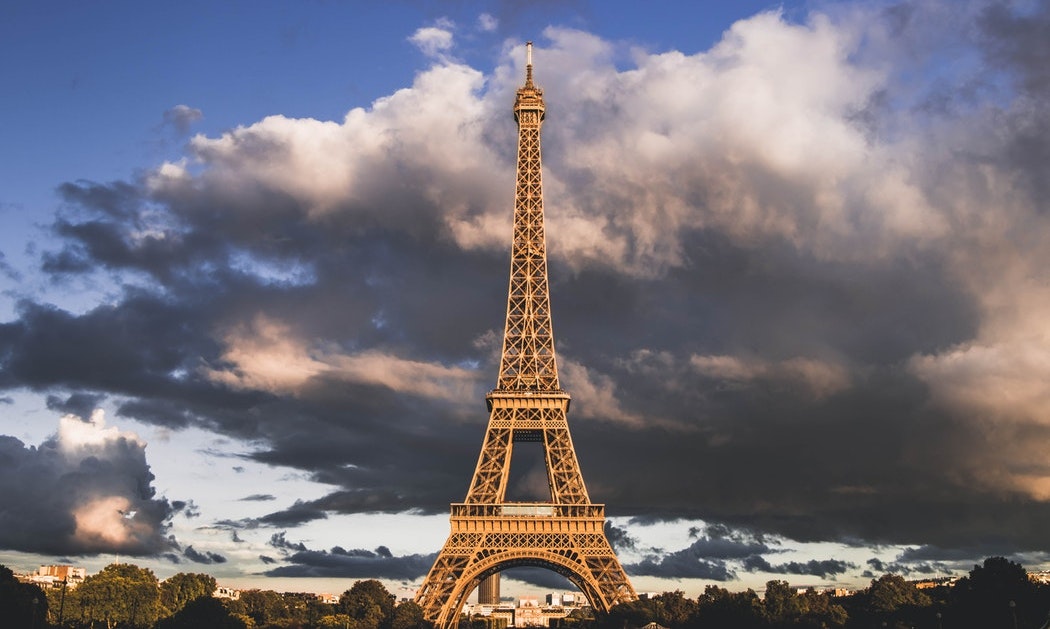 The construction of the Eiffel Tower took 22 months, from January 1887 to March 1889. The Eiffel Tower faced serious backlash from Parisians at first. Many groups of artists, including the famous Guy De Maupassant campaigned against its construction, with some calling it a “truly tragic street lamp” marring the Parisian skyline. In February 1887, they even issued a petition against it.

The protest fizzled out once the Eiffel Tower received global appreciation. The tower was opened to the public in May 1889, and since then, people have been flowing in to see the Iron Lady from every corner of the world.

After proving its worth as a radio communication tower, Radio Tour Eiffel was launched in 1922 after further scientific innovation.

In 1939, France suffered a tragic defeat in World War 2, but became independent in 1944. The French celebrated its feat by hoisting their tri-color flag on top of the Eiffel Tower.

After going through several renovations and structural improvements, Eiffel Tower is now a tourist hotspot and one of the world’s most loved monuments. It is also the world’s most visited paid-for monument.

Related Read: Choose from a plethora of ticket options and plan your perfect Eiffel Tower tour.

Top Attractions near the Eiffel Tower 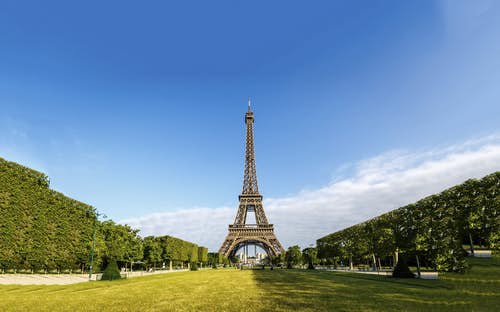 Kick back and relax on the sprawling grounds of the Champ de Mars. Enjoy beautiful views of the Eiffel Tower and the esplanade as you dive into your picnic food basket. 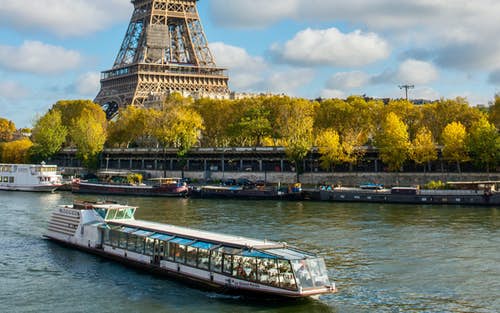 Take a Relaxing Cruise on the Seine River

Enjoy the serene waters of the Seine as you float past notable Parisian landmarks. Glance the city from a unique vantage point as you sip on top-notch wine and enjoy exquisite French cuisine. 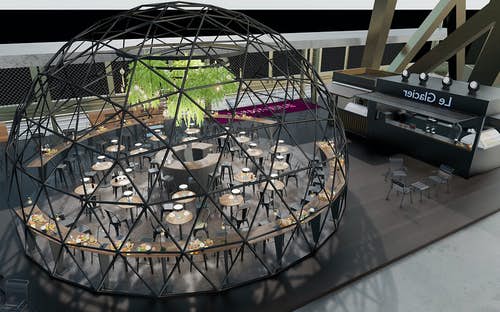 If you’re craving authentic French delicacies, head over to the Rue Cler, a small gourmet market street. Indulge in delicious French pastries and divine croissants as you watch the sunset on the horizon and the City of Lights come to life.

Eiffel Tower - Getting There and Guidelines

Rest of the year

Metro
The Metro has two lines that have stops in close proximity to the Eiffel Tower i.e Line 6 and 9.

RER Train
You can use the RER Train and get off at the Champs de Mars station.

Boat
You could also get to the Tower by using any of the Batobus boats.

Tips for Your Eiffel Tower Tour Paris - What to Wear, Rules and Regulations

What was the total cost of building the Eiffel Tower?

Why was the Eiffel Tower built?

It was built in 1889 to celebrate and commemorate the 100th anniversary of the French revolution.

How tall is the Eiffel Tower?

Is it possible to climb to the Eiffel Tower summit via stairs?

Can I cancel/reschedule my Eiffel Tower tickets?

A: Yes, you can cancel or reschedule your Eiffel Tower Guided Tour tickets up to 72 hours before the experience.

Is photography of the Eiffel Tower allowed?

Can I buy last minute tickets to the Eiffel Tower Summit on the day of the visit?

A: While you can book Eiffel Tower Summit Tickets online in advance, you can also try your luck at the ticket counter on the second floor on the day of your experience. 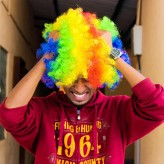 A true son of God's Own Country, Febin comes from where the magnificent Kerala Backwaters drift. After 16 years in Kerala, he left to explore what India had to offer. He has been to almost all states of India and is always looking forward to his next trip with a semi-packed bag. If he is not traveling, you'll probably see him engrossed in PC games, Netflix or Spotify, in that order.